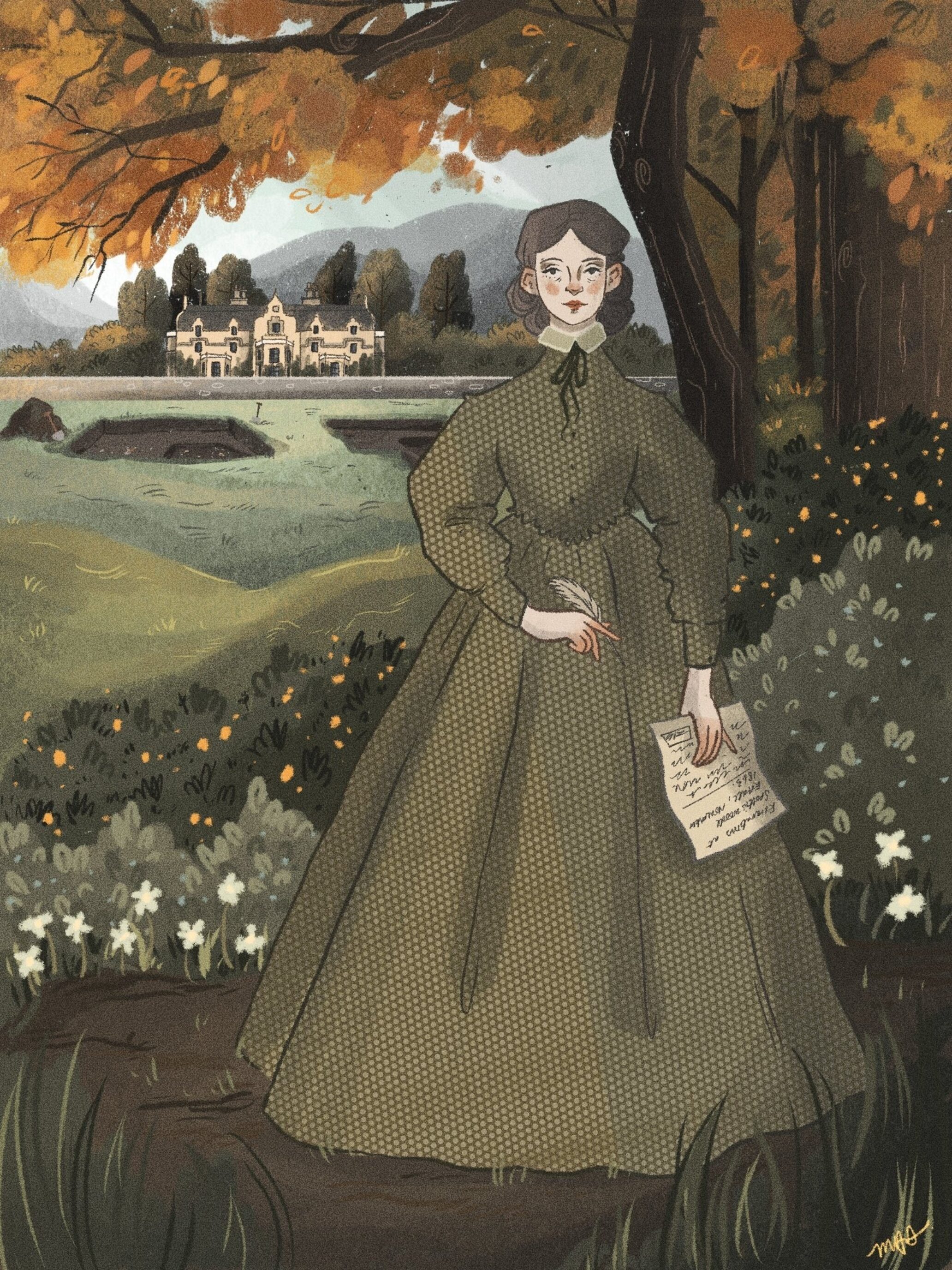 Lady Ann Spottiswood (1810 – 12 March 1900), another 'Trowelblazer'! Here, Morvern has imagined her at her home of Spottiswood, in the Scottish Borders (Image credit: Morvern Anderson Art)

A few weeks ago, on International Women's Day, we discussed one of our broch-y heroes, Christian Maclagan, who battled adversity in Victorian-era Scotland in her attempts to become a recognised 'antiquarian'. Maclagan, however, was preceded by another female antiquarian, who first took part in excavation in 1863 - and who even excavated a broch in Caithness!

This blog, written by Thurso Heritage Society's Alan McIvor, will shine a light on another forgotten character in the history of archaeology and antiquarianism - Lady Ann Spottiswoode.

Again - huge thanks to Morvern Anderson Art for her fantastic illustrations! 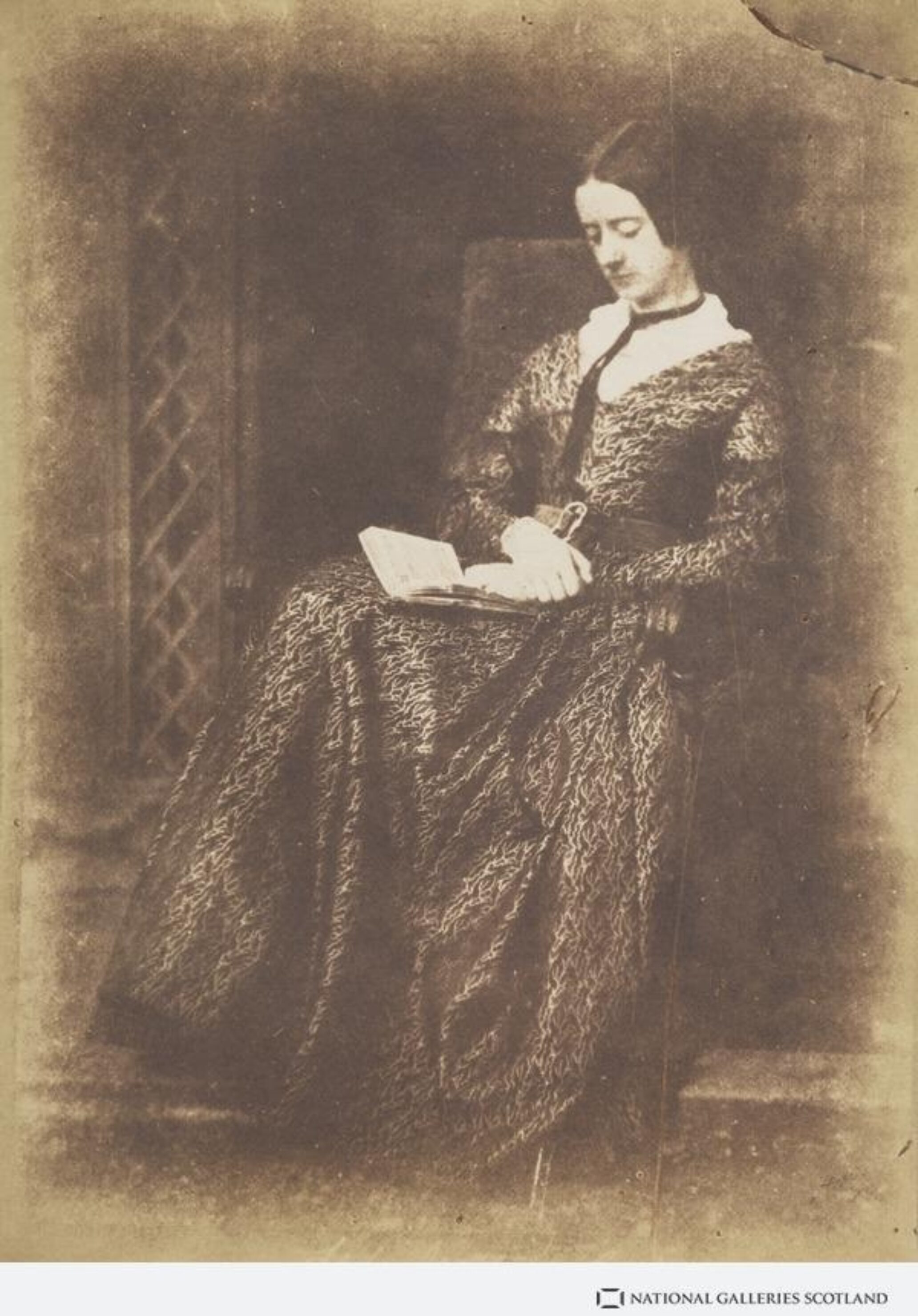 On the 24th June 1810, Alicia Ann Spottiswoode was born, the oldest daughter of John Spottiswoode of Berwickshire and his wife Helen Wauchope of Niddrie-Mains. [i] Alicia would marry Lord Douglas Scott, a son of the Duke of Buccleuch on the 16th March 1836 and therefore became known as Lady John Scott. After twenty-four years of marriage, her husband died in 1860, and under the will of her father, she resumed her maiden name in 1866, and would be known as Lady John Scott Spottiswoode. She passed away aged 90, on 12th March 1900. Her motto “Haud [hold] fast by the past” underlines her role as a keen supporter of the traditions of Scotland, including its history, language and culture. 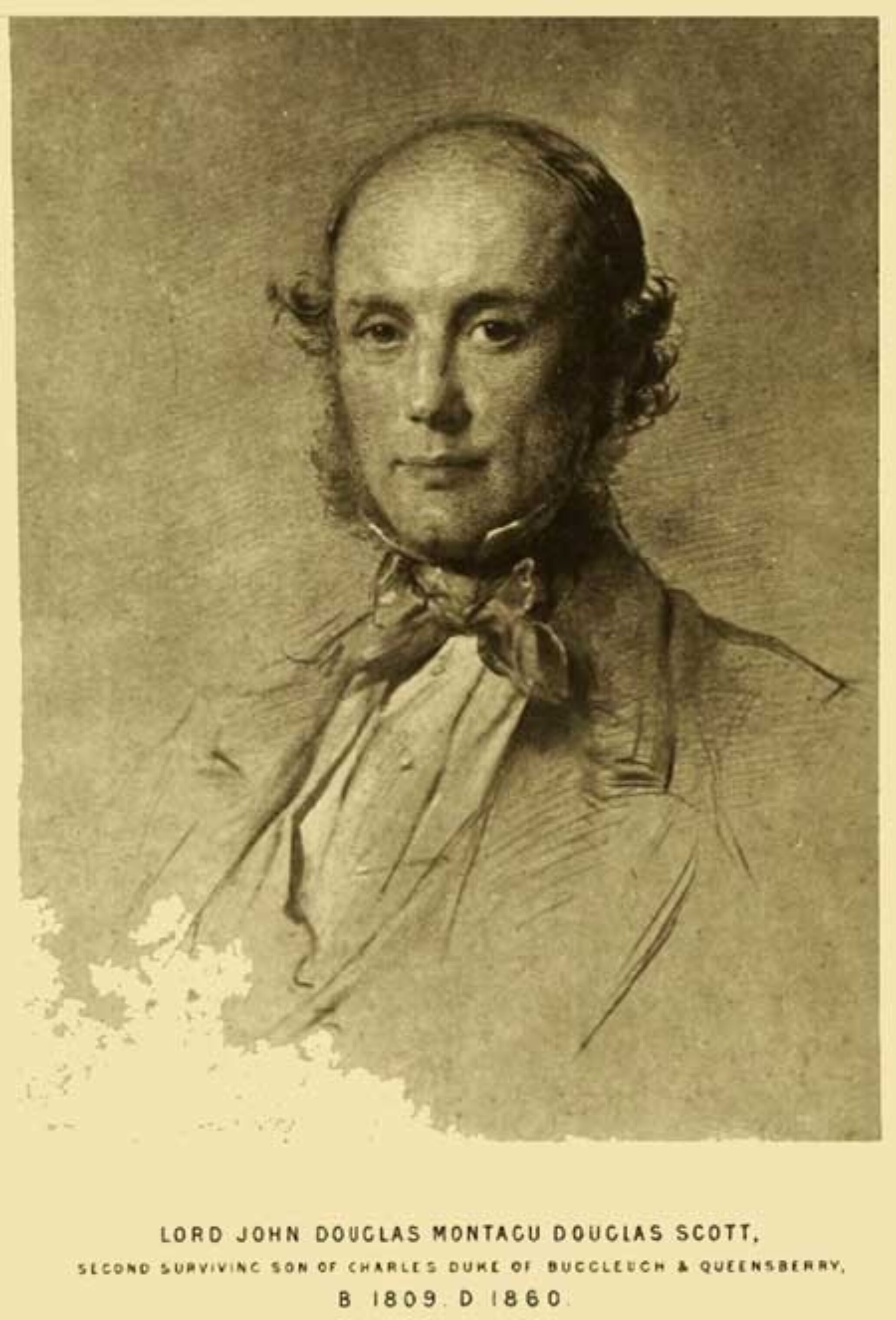 Lord Douglas Scott, noted as being "among the first to import Newfoundland dogs for use as gundogs. These dogs are considered to be the progenitors of modern Labradors" (Image credit: Friends of Dunchurch Society)

She was for many years a regular visitor during the summer and the autumn months to Thurso with its “unrivalled sea-bathing facilities” that first attracted her attention to the town. She was also said to be a warm and generous friend to the poor of the town and always stayed at the Royal Hotel, which was under the ownership of Mr & Mrs Donald Henderson, and subsequently Miss Bertha Hughes. 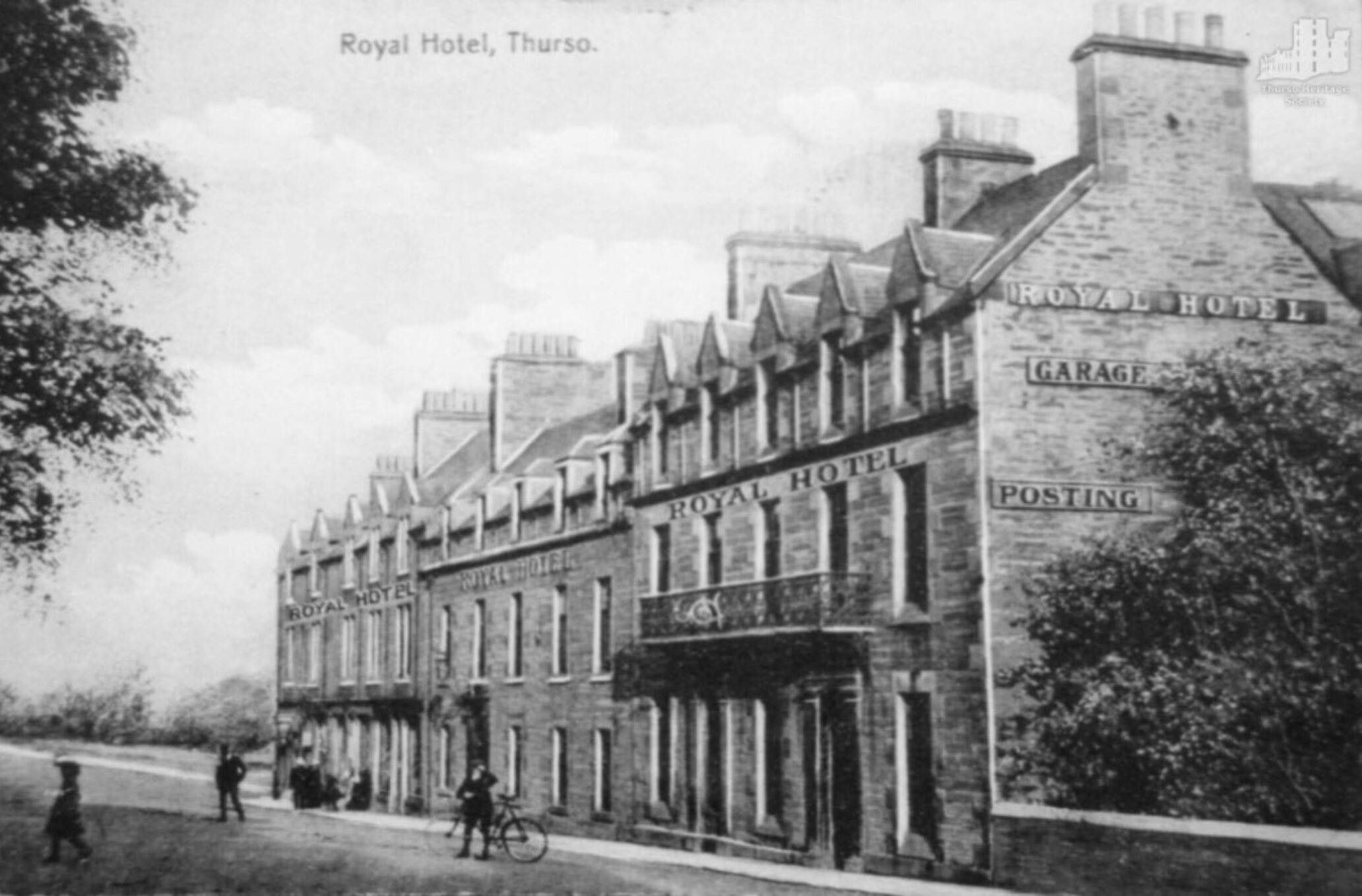 It was her visit to Thurso in 1883 that saw her supervise the opening of the remains of a broch on Oust Farm, Forss, which belonged to Mr Forsyth, a few miles west of Thurso. This visit was not her first, as she had been in the habit of spending for many years “portions of the summer and autumn months in both Caithness and Orkney.”

The building was described as resembling many of the circular cairns which are common in the county, several of which had been recorded by Dr Joseph Anderson LLD HRSA (1832–1916), of the Antiquarian Museum, Edinburgh. [ii]

The description at the time of the work describes the scene: “The site of this cairn is in comparatively low ground, with southern slope, yet it commands pretty extensive view of the country to the cast, south, and west, including the Scarabens hills, which divide Sutherland and Caithness, and several other hills in other counties.

To the north the prospect is limited by rising ground, but this only for a limited space, while from the summit of the mound a wide view of the surrounding country is obtained. As yet very little has been done in the way of excavation, and it may be hazardous to say that the structure is broch, but that is the opinion believed in the district, the finds already made being considered conclusive on the point, but it is understood that Dr Joass, Golspie, who has twice visited the place, on the invitation of her ladyship, and is an authority on such matters, does not favour that opinion.”

Concerning the stairs: “Two stone stairs each composed of sixteen steps, have been discovered in the north east corner of the building, and almost directly opposite to these what appears to have been outlet, the former having presumably been used as an outlet, and the other as an entrance. The stairs are only a few feet apart, but while the one looking as if it had been cut out of the solid rook descends in northerly direction, the other is sloped towards the south.[iii]

This is considered by some to indicate that there was another building contiguous to the one being opened, and it may be that the stairs were constructed in order to enable those on the outlook to give warning of any sudden attack come from what quarter it might. Neither of these conjectures may be right, as there is tradition in the district that there was a chapel at this place with a burial ground attached.” 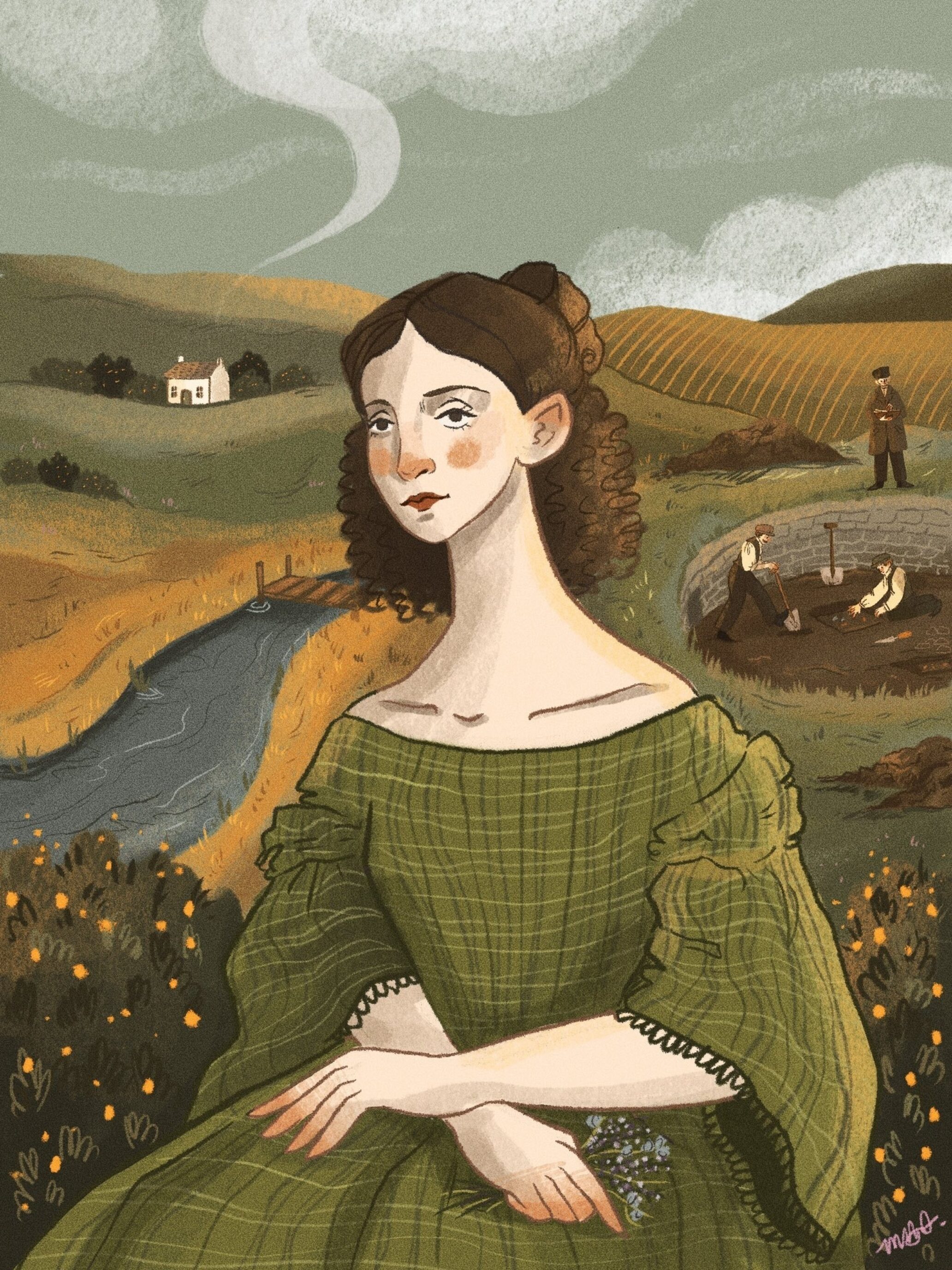 Several remains discovered at the site included: “Portions of coffins have been found, as well as silver and copper coins. A large gold ring was at one time found in the locality, having on its outer side a cross with a rising moon on one square, and a star on each of the others, with the initials “A. M. A.” Two of the copper coins were a farthing and a halfpenny, with the respective dates of 1775 and 1826.

Continuing the report states that: “Among the articles found during the present excavations are a number of deer bones and teeth, as also portions of clay vessels, and a circular piece of freestone having a hole on its upper side greatly bevelled in the centre. The freestone was between six and seven inches in diameter, and contained a quantity of ashes. On Saturday a cist containing a skull and arm was discovered, and it is understood that Lady Scott is to continue excavations till the whole place is opened up.” [iv] Further information on the broch can be found at https://canmore.org.uk/site/78...

As a side note, it was around the same period that a similar site was opened at Achvarasdale Lodge, by Sir Robert C. Sinclair, of Murkle, in which were found several items similar to those previously mentioned. In the centre of the building was a “large quantity of ashes”, while the place was divided into cells, each large enough to allow someone to lie in it at full length, “their feet being probably warmed by a fire, the ashes of which only now remain.” 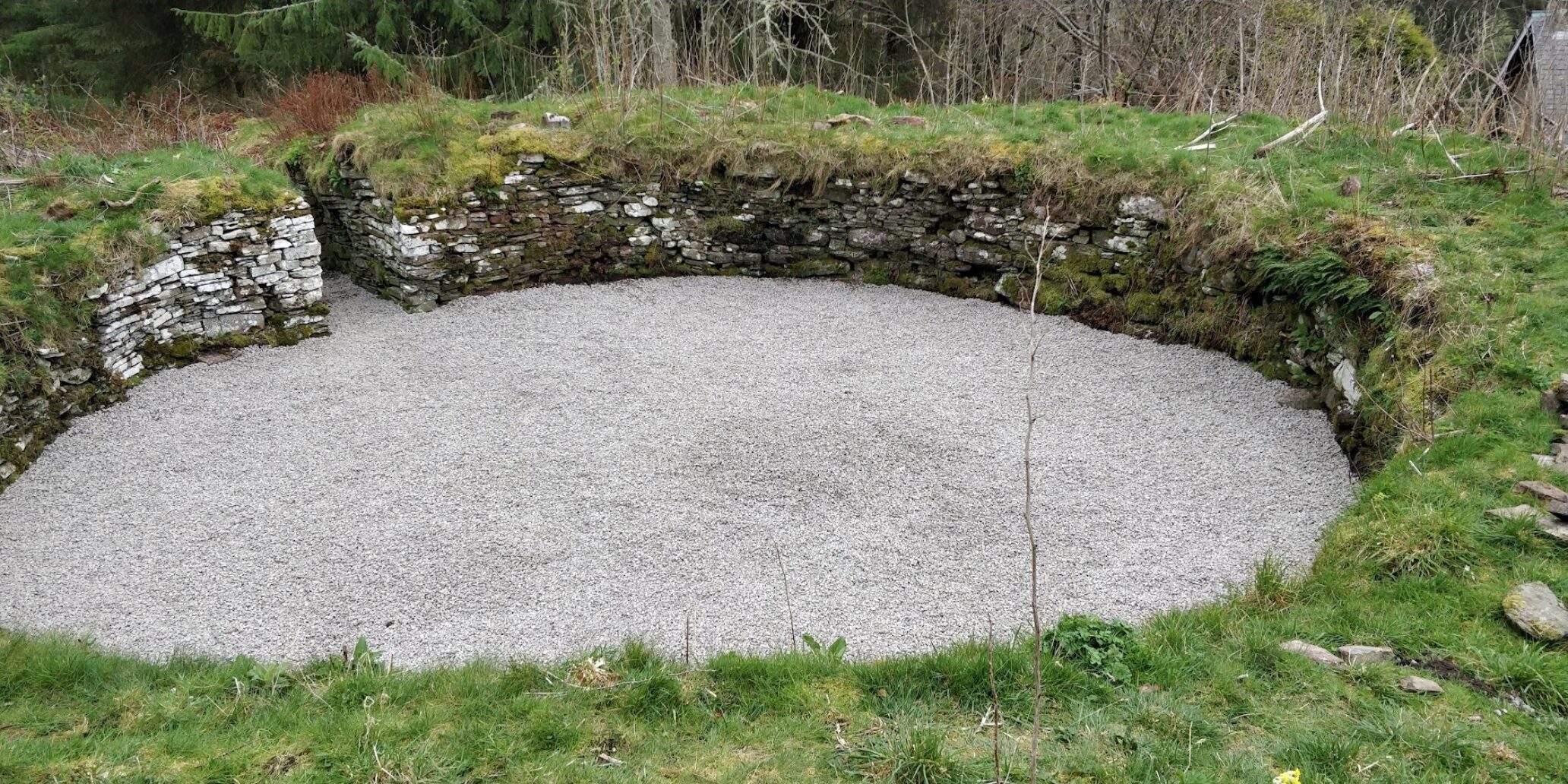 Achvarasdale Broch, removed of Hogweed in 2019 and with gravel interior added by Caithness Broch Project + volunteers

[i] Taking its name from Berwick-upon-Tweed, Berwickshire was part of Scotland at the time the county was formed, but after several centuries of being fought over, and exchanged between the kingdoms of Scotland and England it finally came under England’s rule in 1482.

[ii] Anderson was the former editor of the Caithness newspaper, the John O’ Groat Journal, and at the same time, would excavate sites in Caithness along with the factor of Thrumster Estate, and later noted naturalist, Robert Shearer.

[iii] The two stairs, had been discovered prior to Friday 27th July.

[iv] The discovery of the cist, skull and urn was on Saturday 28th July.