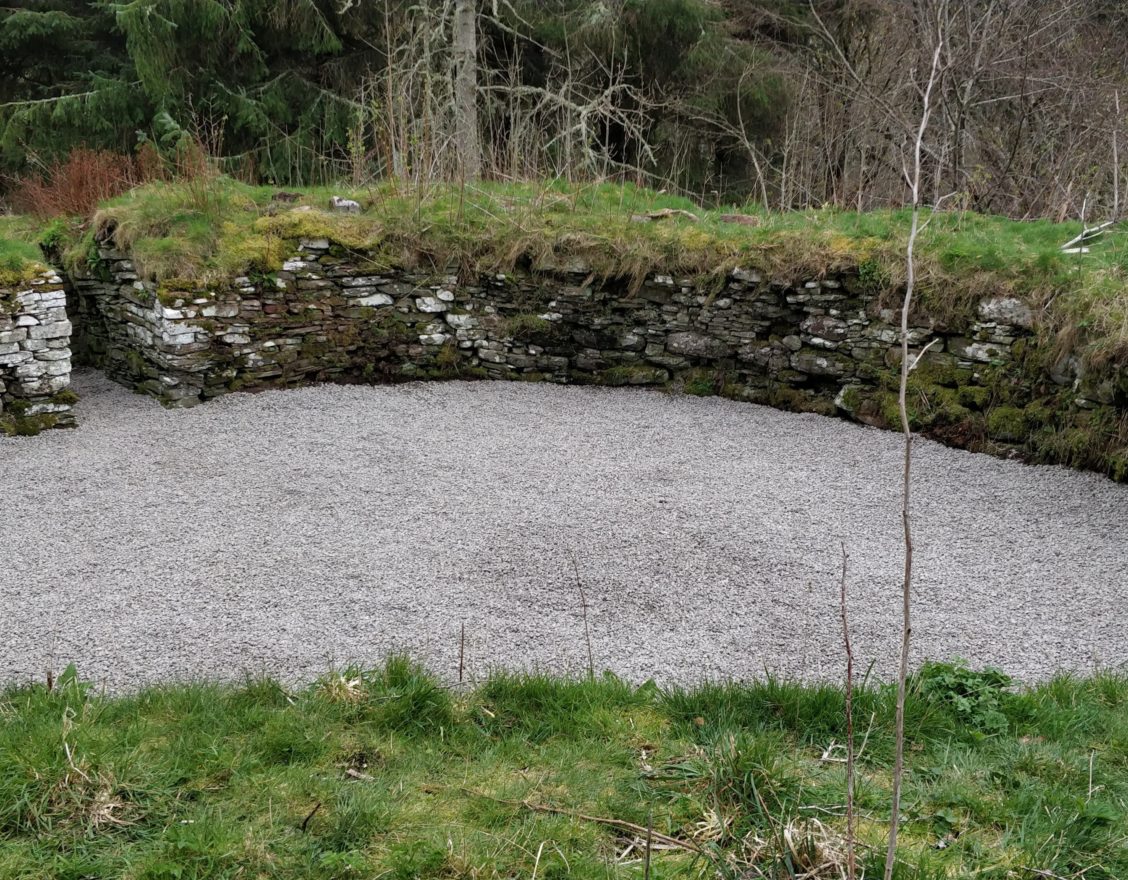 Hidden in the Achvarasdal Woodland Walk is Caithness’ biggest Iron Age broch, recently made accessible by Caithness Broch Project. This is an enigmatic, well-preserved broch with standing stones nearby. Established waymarked path from layby at A836.

Achadh Bharrasdail derives from Scottish Gaelic and Old Norse for ‘field down the valley’.

This is a solid-based broch with an internal diameter of 10m, and walls 4m thick and 1.7m high, making it the largest broch in Caithness. The broch may have originally been around 7m high.

The stairwell has been blocked up but evidence of its existence can still be seen. There is a guard chamber to the left side of the entrance passage but this has also been closed over.

The broch previously suffered from an infestation of giant hogweed and was extremely overgrown. The hogweed was destroyed and removed, with gravel laid around the broch interior in 2019.

The broch is accessed by parking in the layby adjacent to the A836, and walking along the tarmacked road until you reach a gate. Here, turn right and continue a few metres to an interpretation panel for the broch plus two large Neolithic or Bronze Age standing stones, now fallen. The path circles around the broch to its entrance.

The broch can be visited on its own or as part of the 1.5m-long Achvarasdal Woodland Walk.

You can find out more about Achvarasdal Broch, as well as other archaeological and historical sites, on Canmore, Scotland's historic environment record.

Three human skulls were found in the broch around 1870, and a large mound surrounds the broch with signs of many buildings which have never been excavated...