Well here it is. Your first Amazing Antiquarian, with a lovely illustration by Morvern Anderson Art!

Who is the OG? Just who is the GOAT? Is it Cristiano Ronaldo, the Portuguese superstar? Or perhaps is it the incomparable Lionel Messi?Or, maybe, just maybe, it's the man, the myth, the legend Andrew Considine?Well, I'm sorry to say, but you're WRONG.⁽ᴬˡᵗʰᵒᵘᵍʰ ᶜᵒⁿˢⁱᵈⁱⁿᵉ ᵈᵒᵉˢ ᶜᵒᵐᵉ ᵖʳᵉᵗᵗʸ ᶜˡᵒˢᵉ ᵗᵇᶠ⁾

Today we are talking about one of the ALL TIME GREATS of Scottish archaeology, and someone who receives not nearly enough credit and recognition for some of his AMAZING achievements - which are made all the more impressive considering he tragically only lived to 30!We are of course talking about Alexander Henry Rhind (1833 - 1863). 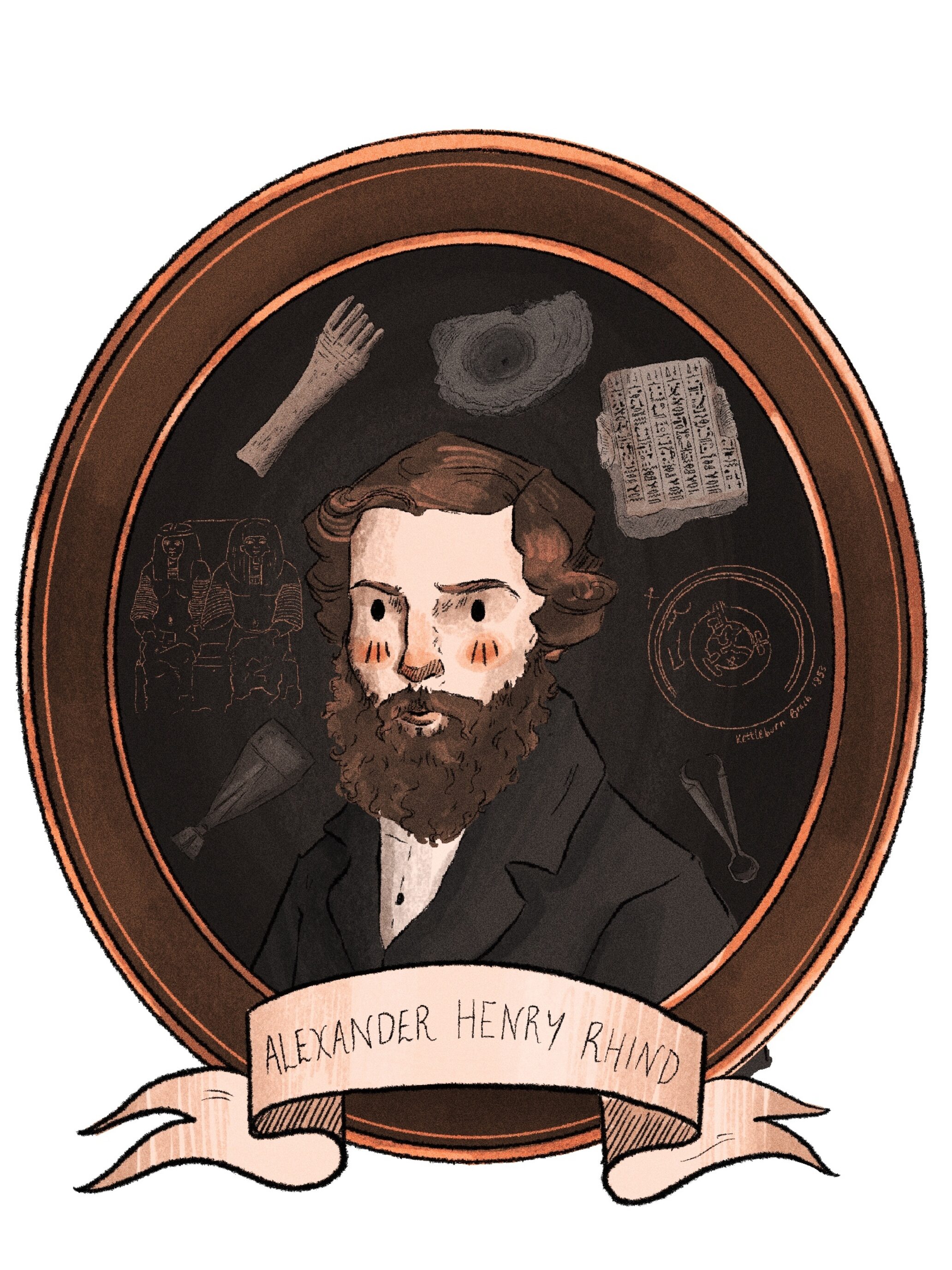 Rhind, who preferred to be known by his middle name 'Henry', is one of our absolute favourites here at Broch Central. But why are we so enamoured with this particular antiquarian? Well, here are 𝐅𝐈𝐕𝐄 things we want you to know:

Rhind would return to Caithness in 1853, where he would become the first person to... 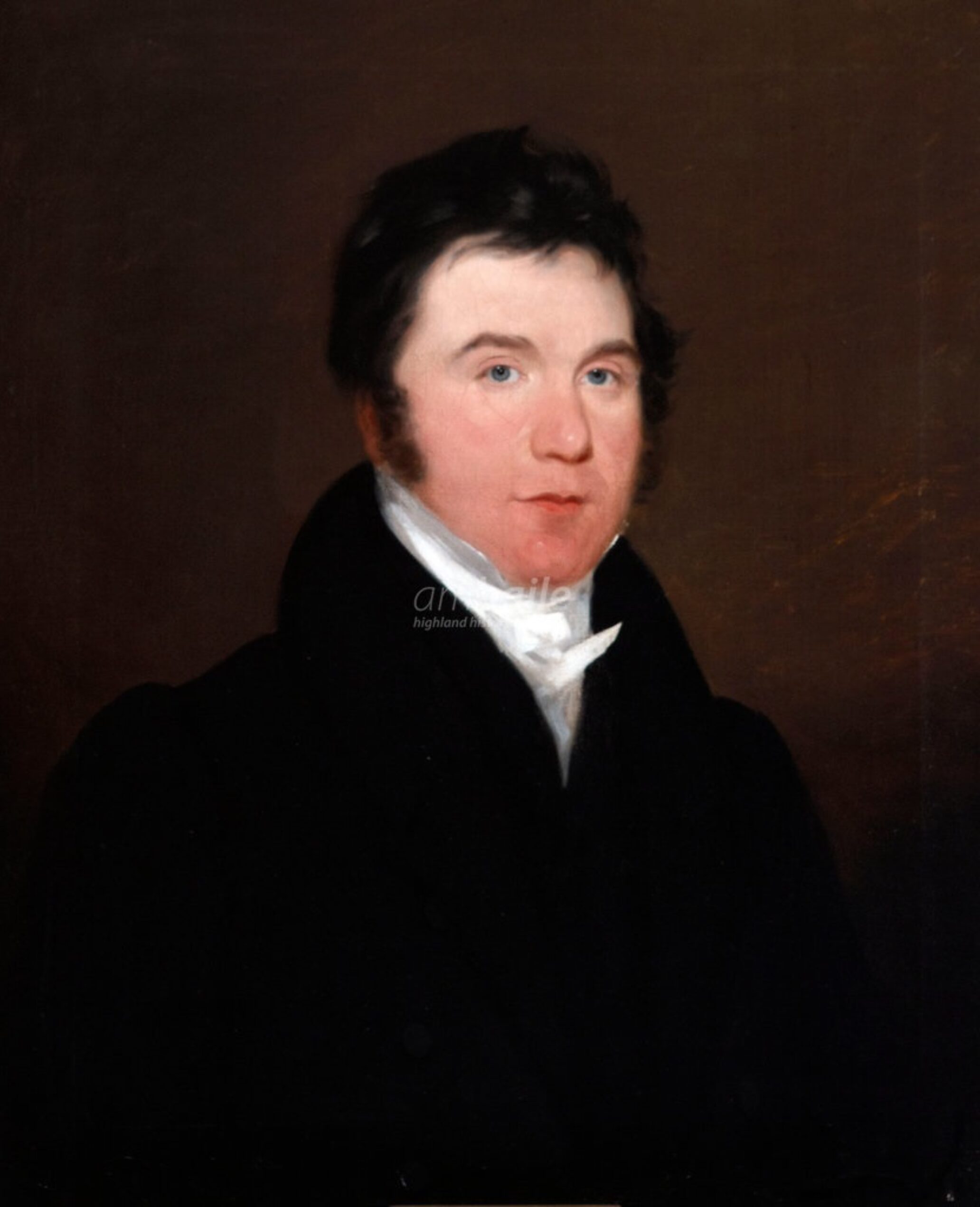 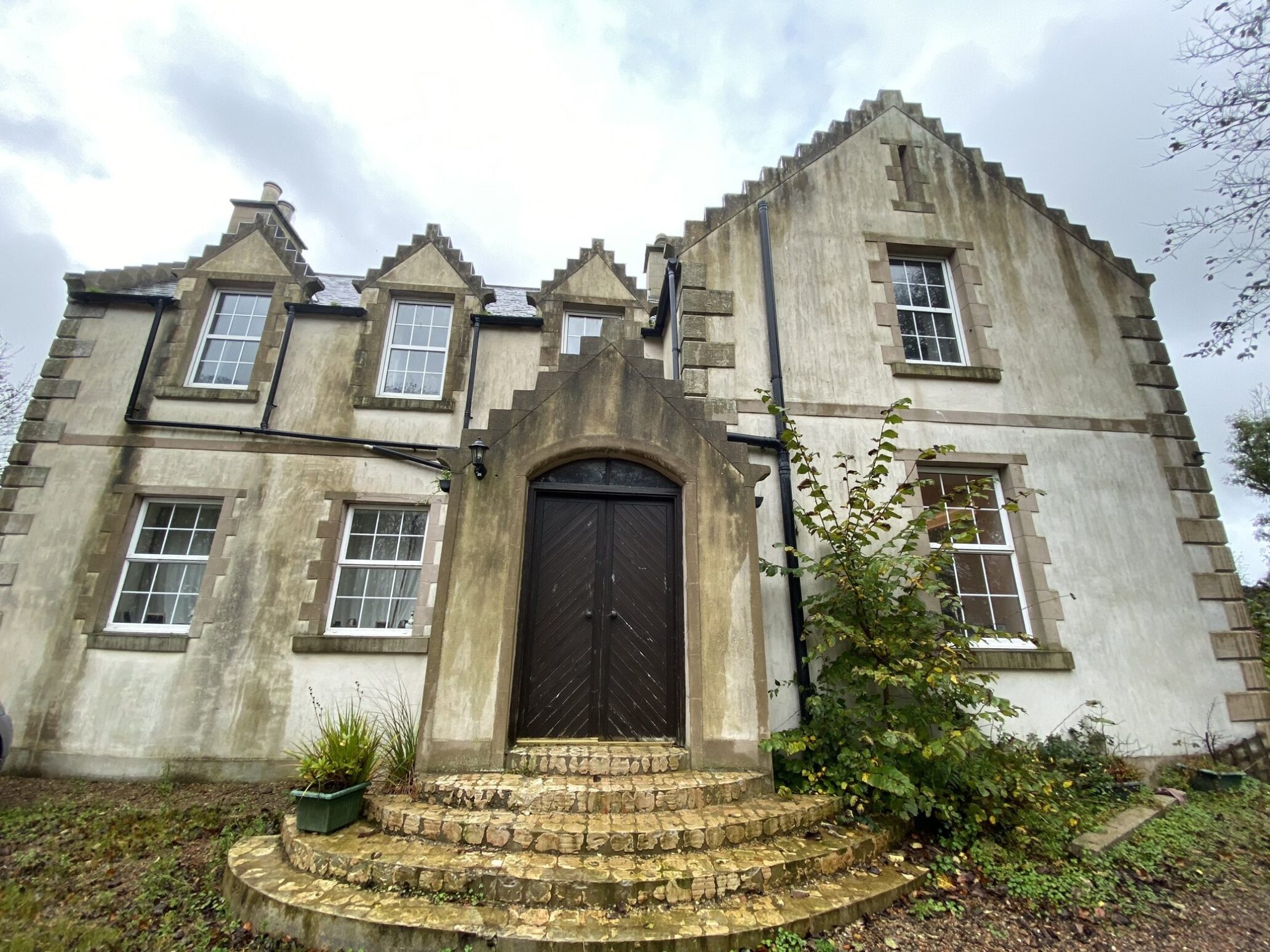 On his return to Caithness in 1853, Rhind became the the first person to systematically excavate a broch: antiquarians are all to often derided and disparaged for their efforts. Rhind, however, was much more scientifically-minded his own archaeological attempts, and is noted for taking the time and care to record and detail his digs, as well as the objects which were uncovered. Indeed, we should be doubly thankful for Rhind's decision to return to Caithness to excavate: he managed to persuade a farmer to excavate Kettleburn Broch before it was destroyed, destined to be lost forever for just a few square metres of agriculture. An early example of a rescue excavation! 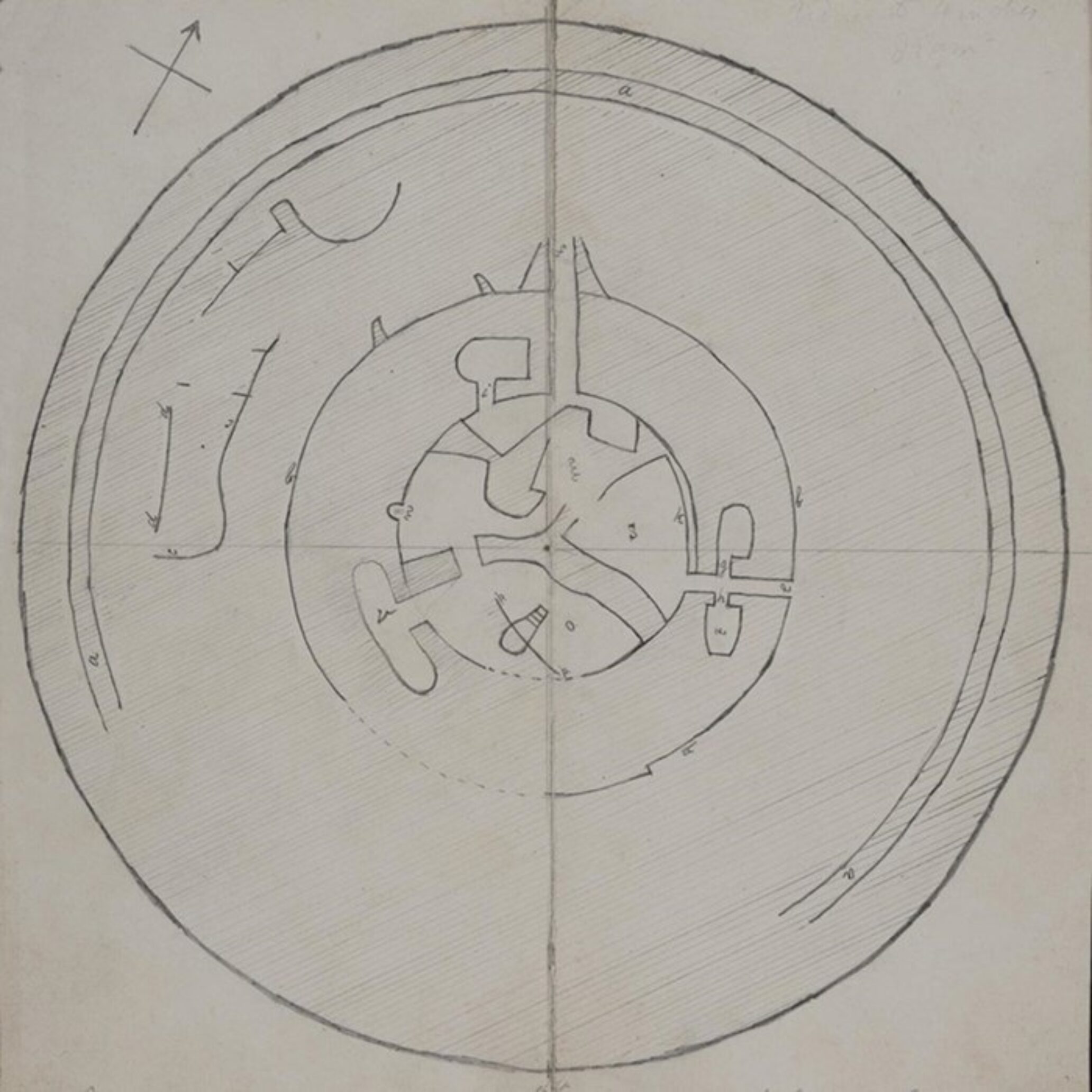 Henry persuaded the farmer to let him excavate there first, and, over the next three months, his team dug carefully and methodically, recording everything that was found. As noted by Margaret Maitland (who researched Rhind's life in far greater detail - a great talk can be found at the bottom of this link)The relics included a pair of bronze tweezers (late Celtic design), a bone comb, stone balls, discs, whetstones, pieces of querns, fragments of coarse unornamented pottery, iron implements, human remains and osseous remains of bos longifrons, deer, whale and seal. These items were later donated the National Museums Scotland (then known as the National Museums of Antiquities of Scotland).

As noted by Margaret Maitland (who researched Rhind's life in far greater detail - a great talk on Rhind by Margaret can be found here), Rhind brought a 'holistic' approach to archaeology. Using these skills and abilities, Rhind made a name for himself, and was invited by the Society of Antiquaries of Scotland to excavate in Egypt in 1855 (aged only 22!), making him... 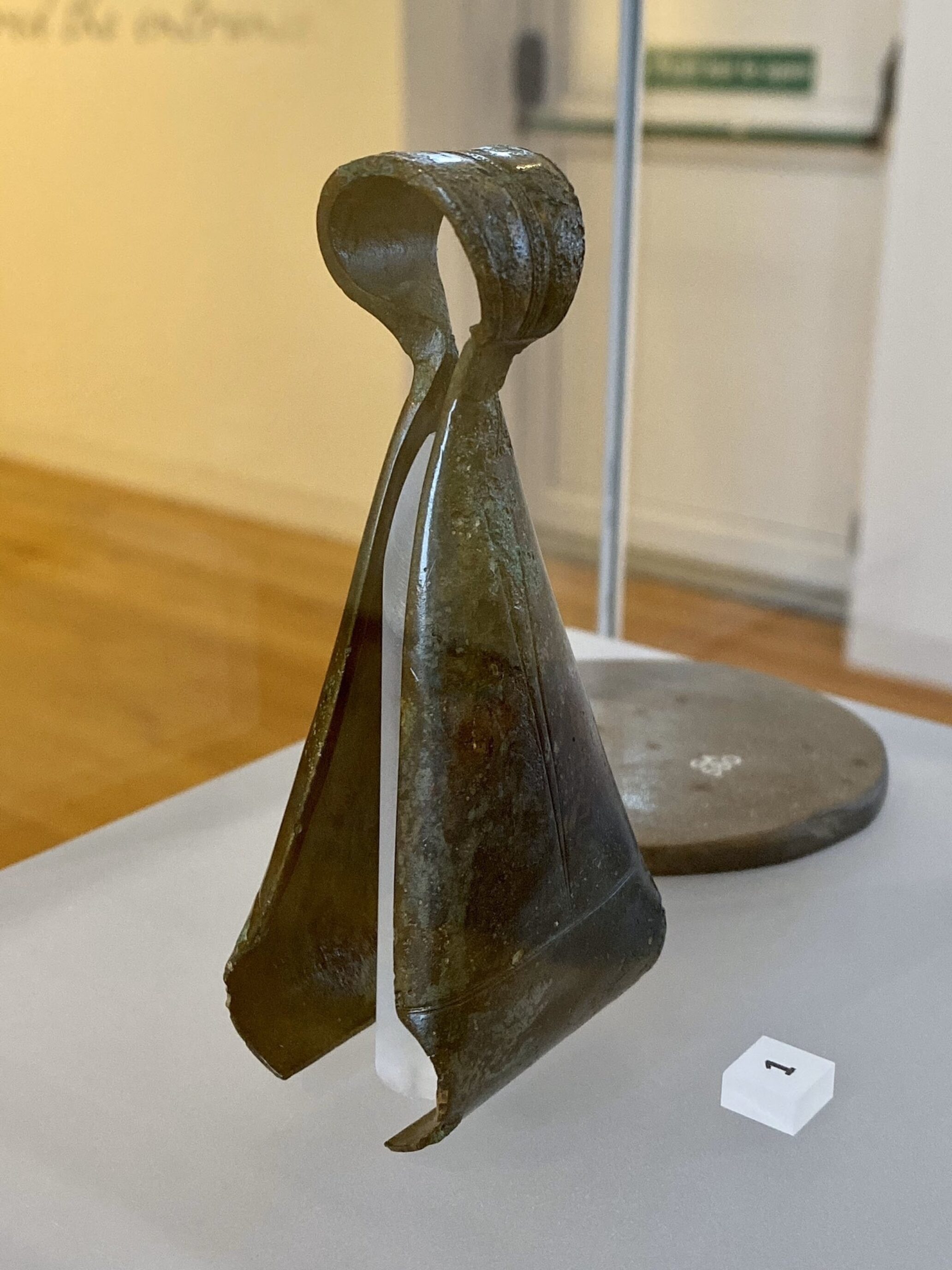 For years Egypt had been subjected to the whims of looters and tomb-raiders, with countless treasures stolen or taken into private collections - or even destroyed.

Rhind, however, was a much more considerate and delicate antiquarian. He carefully recorded objects found within tombs, creating beautiful illustrations which detailed where objects were found. This helped to paint a picture of how they had been deposited, and how they might have been used. An example of this is 'The Rhind Tomb' (as it is now known), built around 1290 BC for a Chief of Police and his wife. The tomb had subsequently reused by other Egyptians for over a thousand years, and was finally sealed in the early Roman era with another family burial. 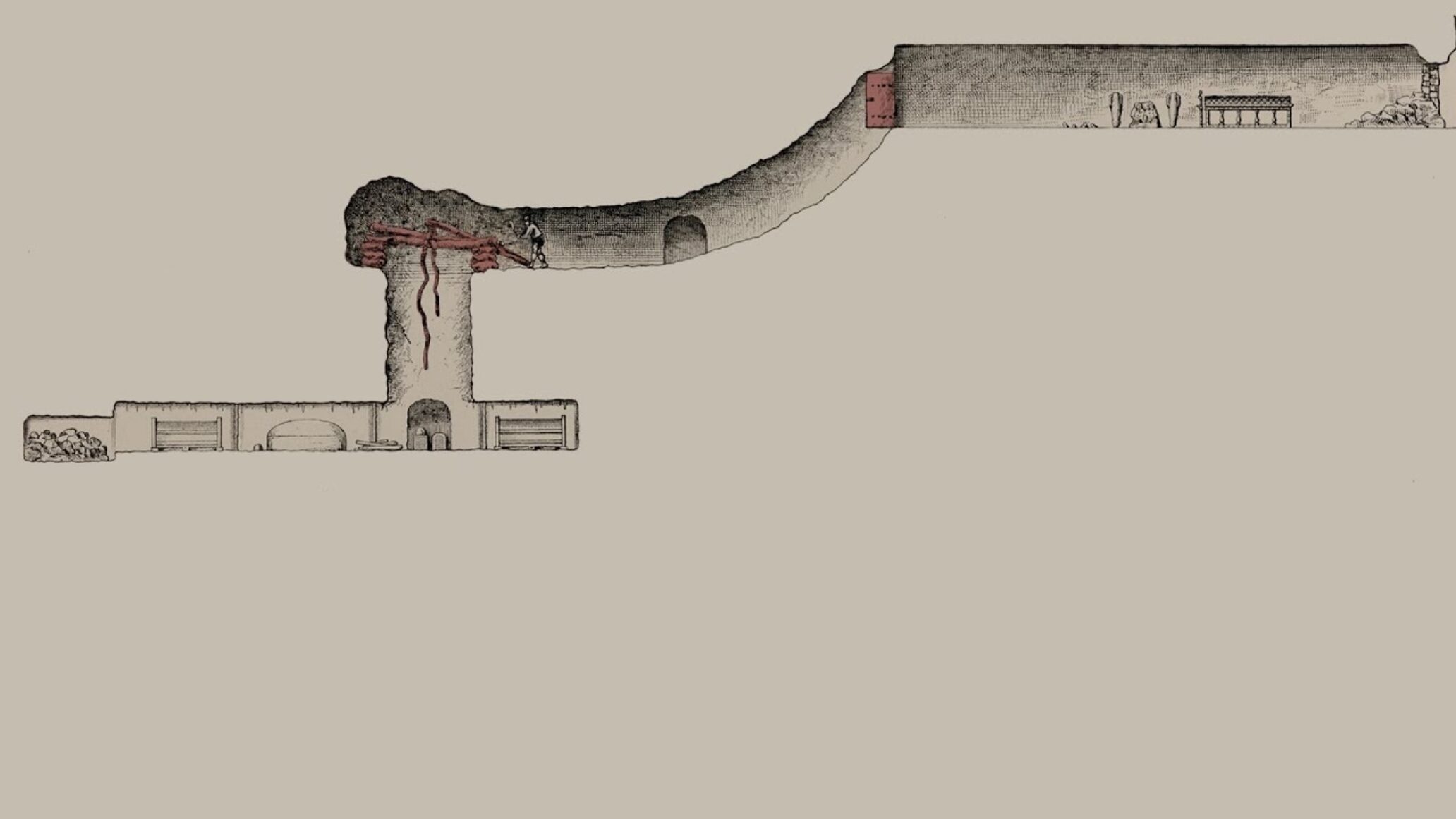 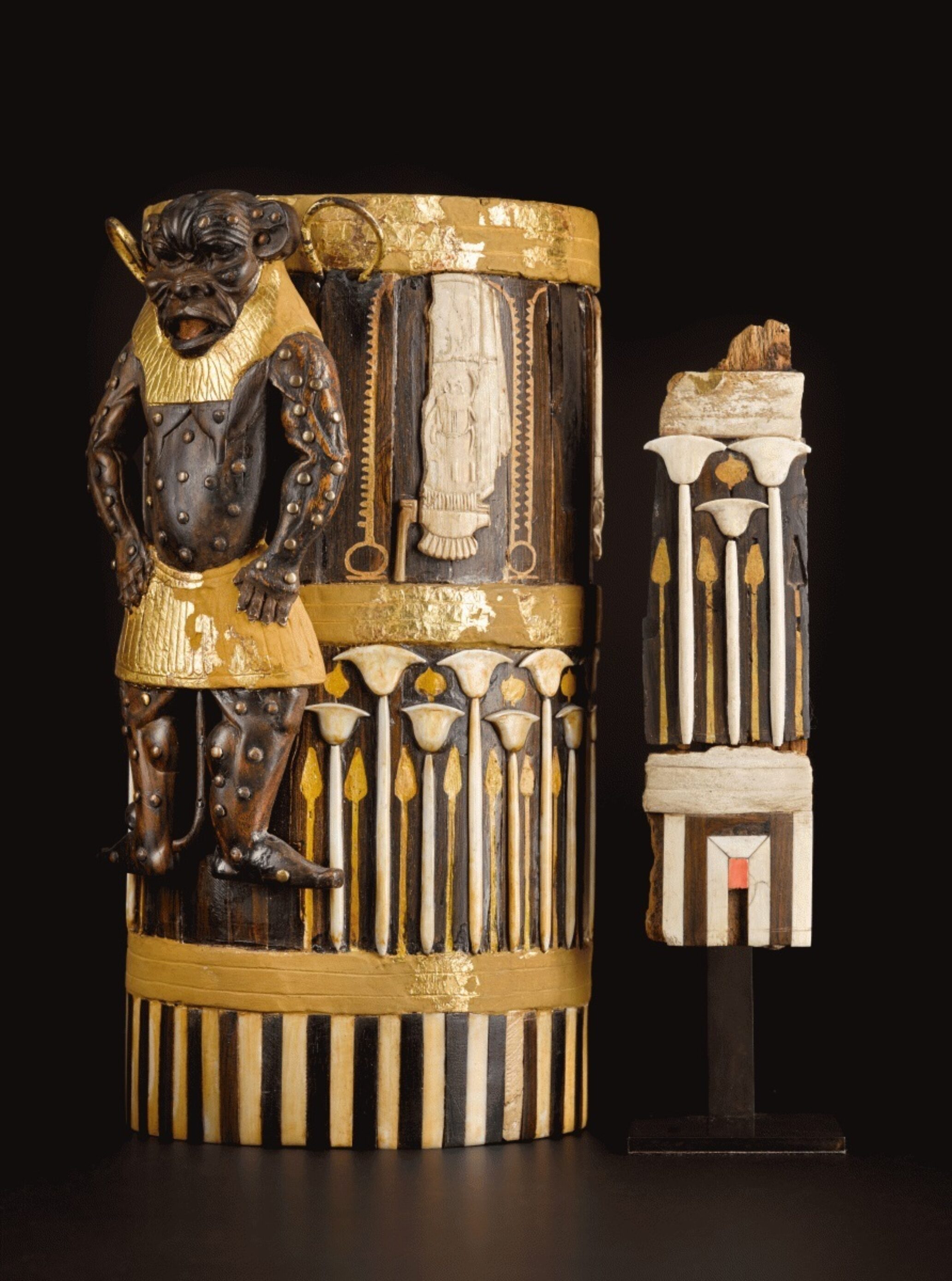 Decorative box of Amehhotep II This box is a masterpiece of ancient Egyptian craftmanship. Decorated with the ferocious protective god Bes, it may have originally held Cosmetics. (Image credit: National Museums Scotland)

His methods meant that he was the first person to excavate in Egypt scientifically and archaeologically - quite a feat for just a wee Wick loon. But, you can take the loon out of Wick, but you canna take Wick out of the loon, for Rhind was quite a vocal antagonist when it came to voicing his opinions on the methods of other antiquarian groups who were active in Egypt. Remarking on a Prussian expedition, Rhind despaired:

By this point, however, Rhind had contracted tuberculosis: despite the warmer climes of Egypt being more suited to him, he would tragically pass in his sleep on 3 July 1863 in Zurich, in Italy, at the age of 30. His loss was keenly felt by the archaeological community, with the likes of John Stuart noting:

The Rhind Mathematical Papyrus is one of the best known examples of ancient Egyptian mathematics. It is named after Rhind, who purchased the papyrus in 1858 in Luxor, Egypt; it was apparently found during illegal excavations in or near the Ramesseum (Image credit: The British Museum)

Additionally, not only are his many objects recovered from Egypt and Caithness (you won't see those two places together very often, unless ploughing matches become all the rage in Cairo) stored and displayed in both the National Museum of Scotland and the Caithness Broch Centre, but the lecture series which bear Rhind's name continue to be one of the most in-depth and electric conversations in archaeology - all thanks to a generous donation from Rhind. Indeed, as Claire Gilmour notes:

And last, but certainly not least, and possibly our favourite aspect of Henry Rhind?

The 2018 Rhind Lectures with John Barber focused on brochs

If we haven't given you the impression that Alexander Henry Rhind was a man ahead of his time, then this should do it: way back in 1874, Rhind campaigned to have a replica broch built as part of the Crystal Palace Exhibition:

So, there you go. One-hundred-and-sixty-two years before CBP thought about building a replica broch, Rhind was already dreaming up grand visions of a modern broch. A man after our own hearts - Alexander Henry Rhind. 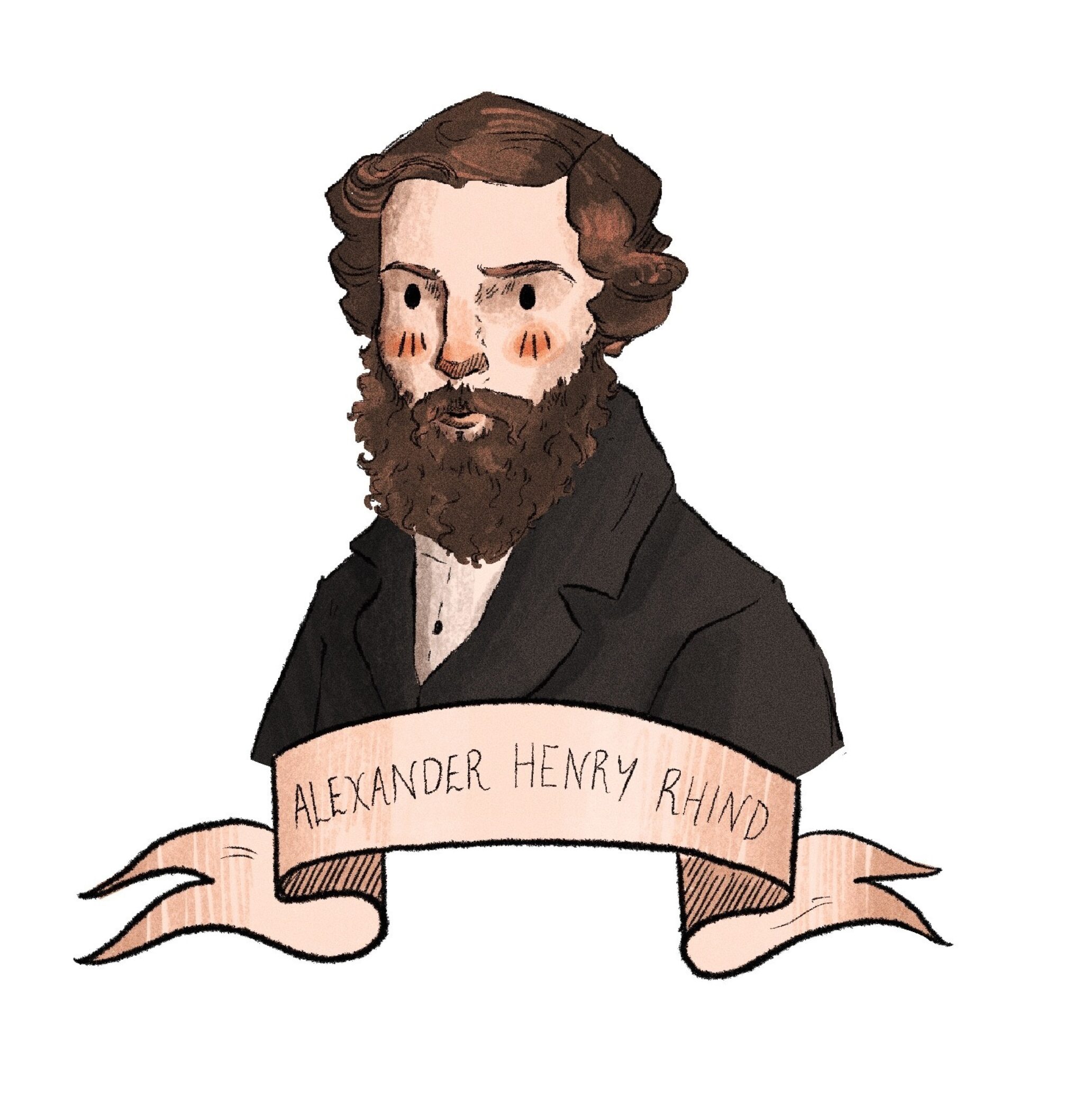 For Margaret Maitland's wonderful presentation on Rhind, see the link below:

National Museum's Scotland blog post on Rhind, with some great videos and more on Rhind's finds in Egypt: