5 Reasons Why This Broch Was Caithness' (More Civilized) Version of Holyrood! 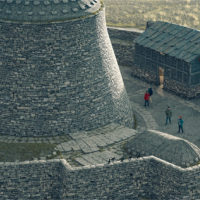 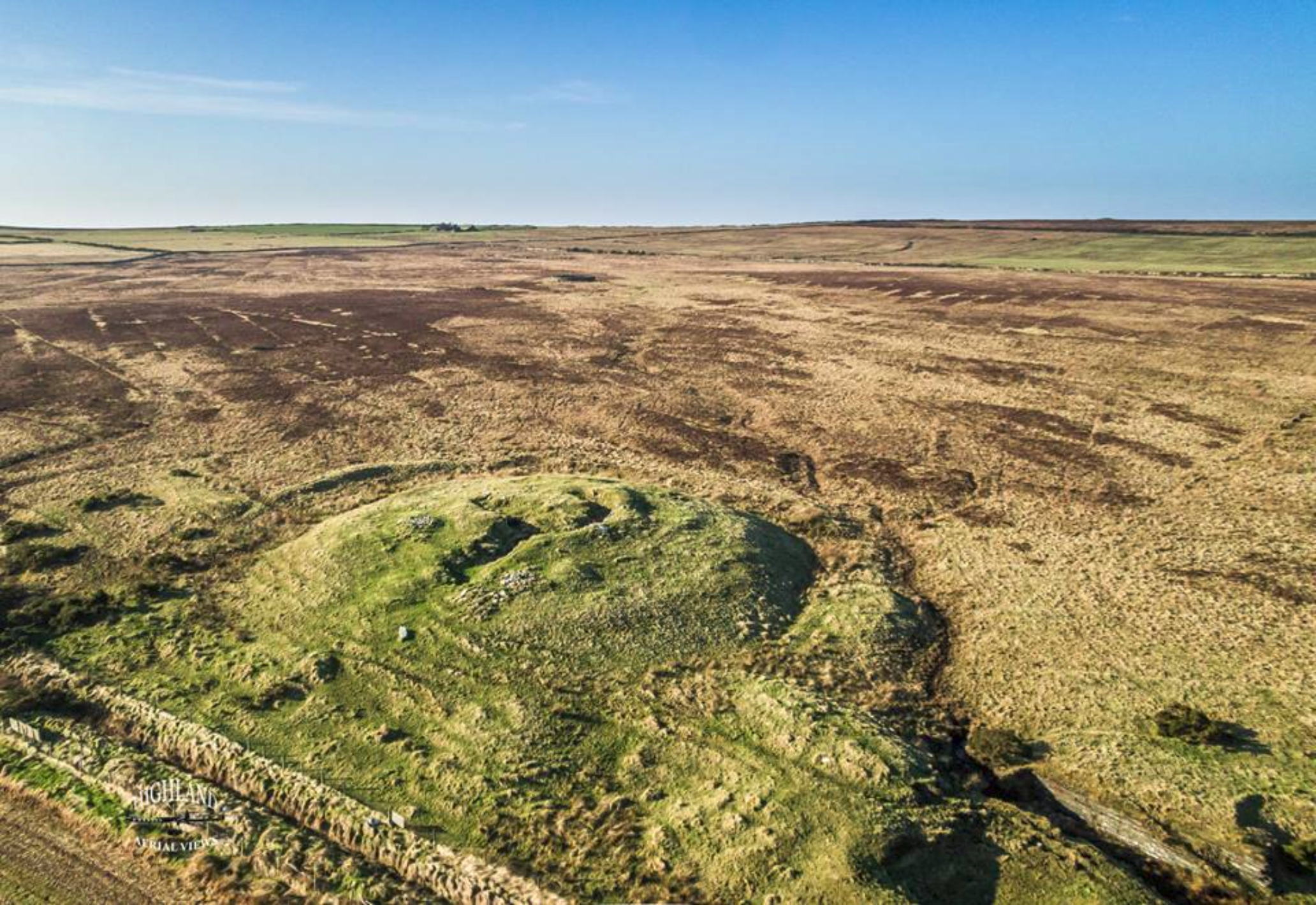 Highland Aerial Views's fantastic aerial snap captures the bold and beautiful sight of Thing's Va Broch - all 110 feet of it! Obviously this broch's size makes it stand out in the landscape, but Things Va still manages to hide a Viking secret...

So what makes this broch so important in terms of our archaeological and prehistoric heritage? Well, it's all in a name - the name Things Va suggests this broch may have been re-used by the Norse: Thing's Va appears to be a corruption of the Old Norse term 'Þingvellir' or 'Thingvellir' in its anglicized form. This translates as 'assembly fields'.

'Thing' sites where places were the Norsemen could meet, argue, barter, make laws, strike deals (or perhaps your enemy's face!) broker alliances and engage in all manner of activities, and it would appear that Thing's Va would have seen re-use after it had served it's function as a broch site - of course, who isn't to say that that's what brochs weren't used for in the first place! 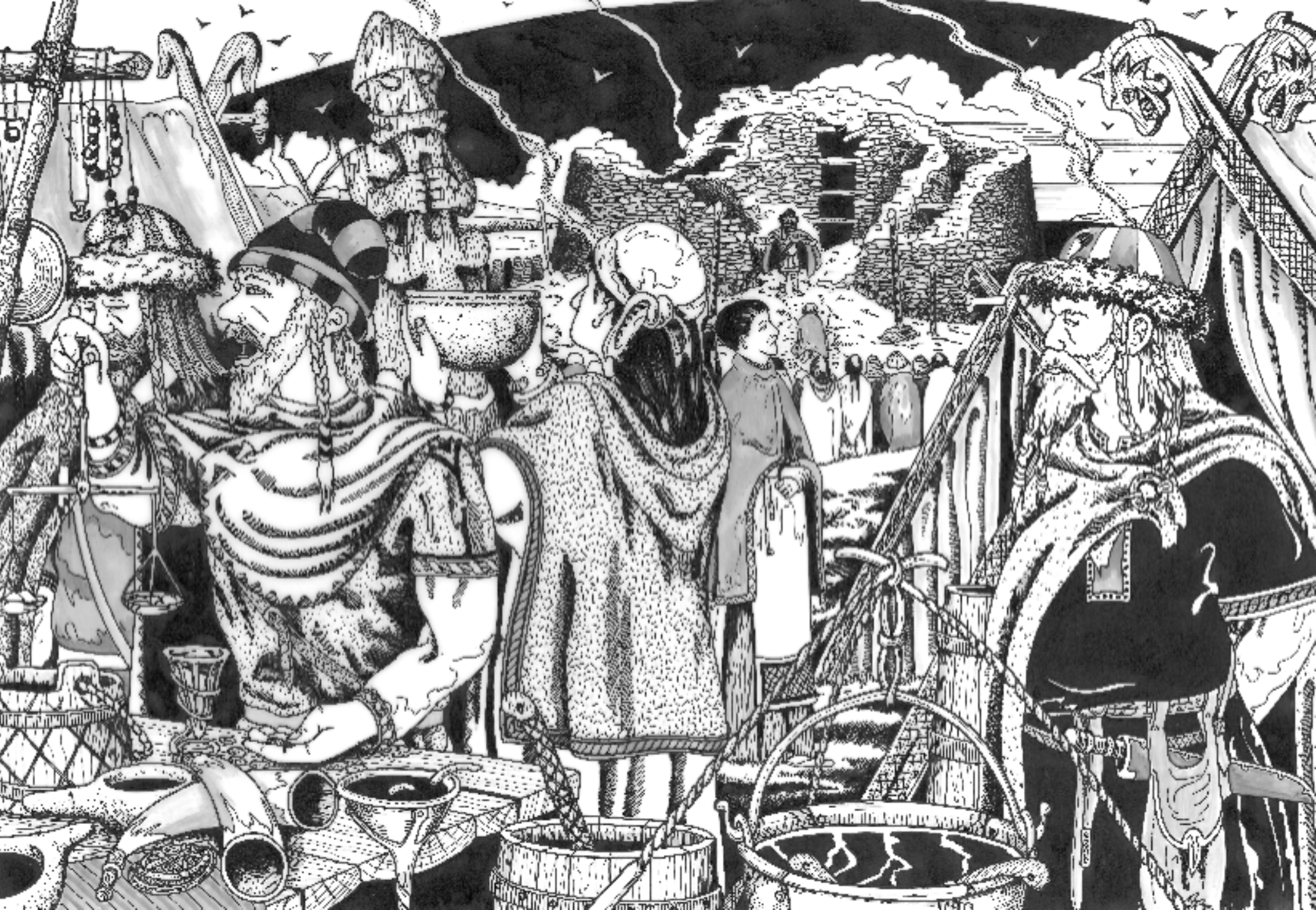 An exclusive look at the 'Things Va' illustration by Alan Braby. This image will feature on our upcoming interpretative panel at the site.

After speaking with UHI Centre for Nordic Studies's Alex Sanmark, Things Va has similarities with other Thing sites, and so Thing's Va is a real contender as Caithness' very own 'Viking parliament'.

*1 It appears to be located near parish boundaries, making it a 'neutral zone' - a good location for diplomatic matters

*2 Its location possesses commanding views so that people can see it from afar - and perhaps more importantly, it can be seen from afar! 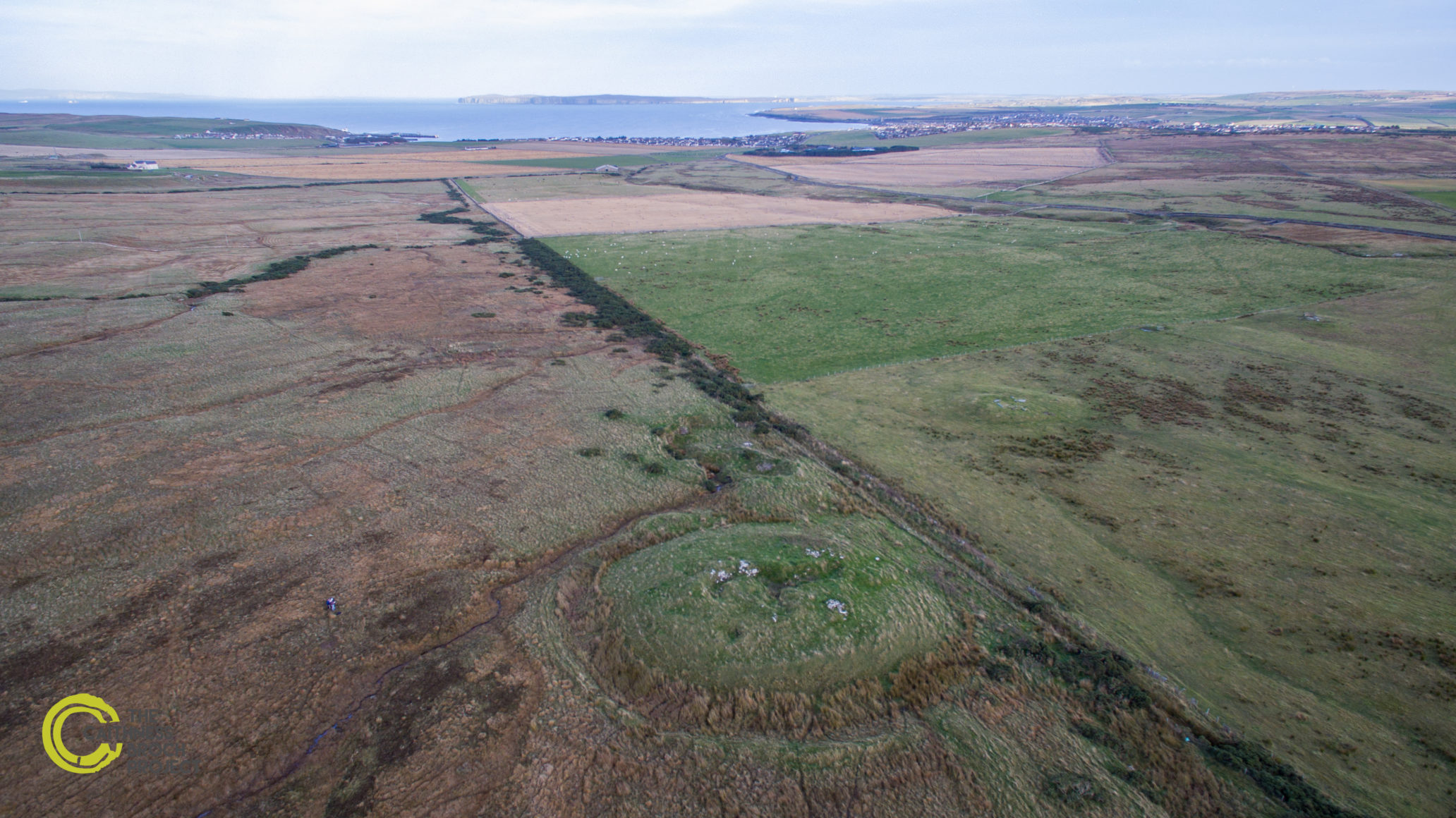 *3 Vikings liked to reuse mounds, both for the aforementioned reason, but also these mounds were held in some esteem by the land's original inhabitants. By making these mounds the sites of their governance, they were stating their control on the surrounding area.

*4 You'll also spot a wee winding stream just to the north-west area - streams and rivers are important in Norse Mythology, such as the river Gjöll, which separates the living realm from the dead realm, and so that by 'crossing the stream' into the Thing site, one is passing into a more important and more 'holy' place - and what you say is binding, lest you feel a temporal wrath!

*5 Another point to consider - we see broch sites across Scotland and the UK, from Tynwalld in Isle of Man, Dingwall in Easter Ross, and Tingwall in Orkney and Shetland - why shouldn't we expect to see something of this ilk in Caithness, especially given that the county lies between the Ting sites of Orkney and Dingwall? There was clear Norse influence in the area (with Viking settlements uncovered at Freswick and Huna), and the extreme northern coasts of Caithness are littered with Viking placenames - Wick, Thurso, Ousdale etc. Surely some sort of control would need to be exerted across such a wide region!

Caithness Broch Project, in partnership with Caithness Horizons, are currently working towards an archaeological festival which will entail investigation and excavation at the Things Va site, which will commence Summer 2017. Will we be able to understand more about Thing's Va's Viking past? What else will we discover?

For more news about our 'Brochfest' and to help support our project why not consider joining CBP? Simply visit our membership page.

The Viking influence is still felt in Caithness thanks to Glasgow Vikings and Caithness Horizons! Image by Wolfburn Photography

If you'd like to visit the broch yourself, then it is a short drive and a walk from Thurso:

Take the A836 out west and turn left towards Hill of Forss (Cnoc Forss). About 1km up this single-track road you'll see a large opening on your right - park up here. You should spot the mound further up the hill, head towards it. Please be careful not to disturb any farm animals, and, as always, make sure you are wearing appropriate footwear / clothing!

To read more of Alex's thoughts on Thing sites, read her "Patterns of Assembly. Norse Thing Sites in Shetland."