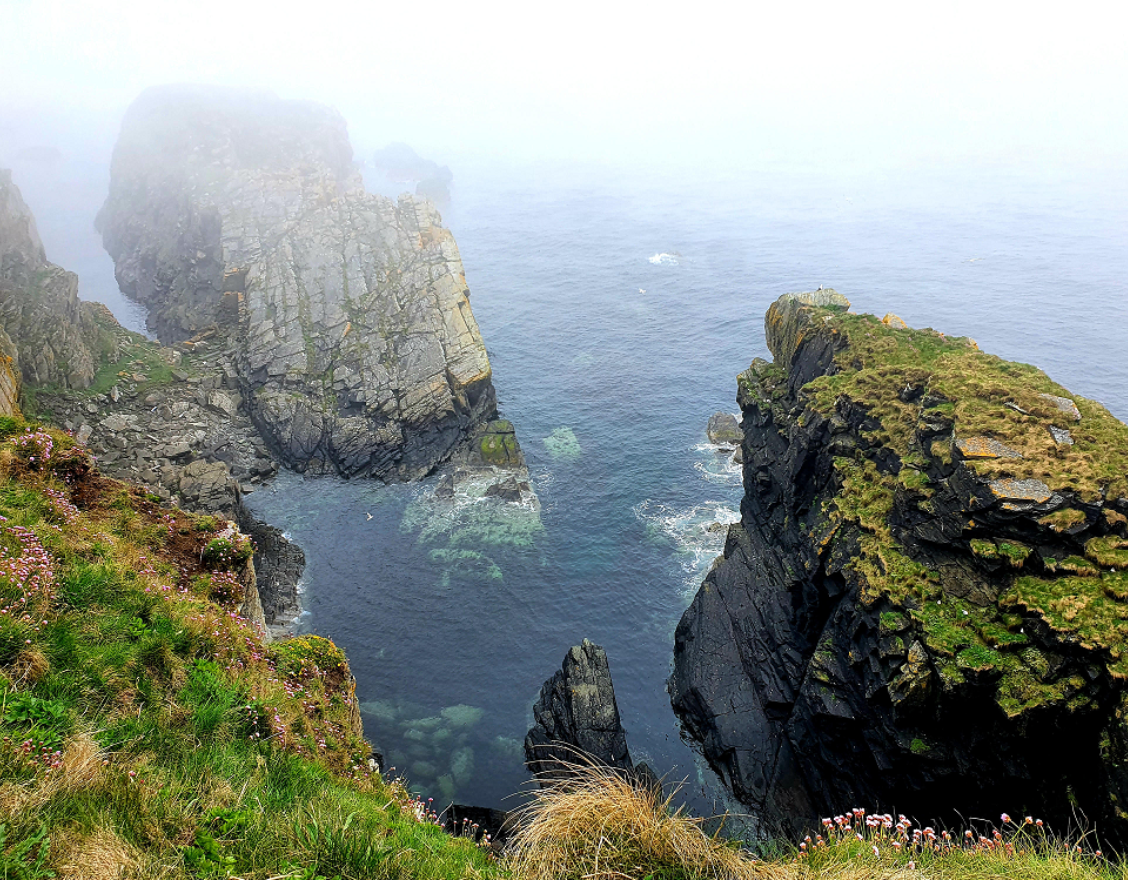 Welcome to Gunn Country! Caithness has long-been associated with the Clan Gunn, with Gunn’s Castle in Clyth remaining their stronghold for many years. Although almost nothing remains, it would have been an impressive site in its day, and the coastal views and wild seas add to its atmospheric location.

Gunn’s Castle was established by the Norseman Snaekol Gunni in the mid-13th century, a time of battles, shifting centres of power, and the Scottish Wars of Independence. Perhaps it should be no surprise that ‘Gunni’ means ‘war’ or ‘battle’.

The castle itself looks to be situated in an impenetrable position, set atop a barren clett (stack) of rock with only a loose and dangerous set of steps down to the foreshore. It is likely there would have been some sort of access bridge at the time of its use. The castle keep, which would have measured 11m by 7m externally with walls roughly 1m thick, is now barely discernible.

The castle was not in use for long: despite its apparent impregnability, it was destroyed by Norwegian Royalty, no less! It is said that an ancestor of Gunni, Ottar de Gun, was set to marry a Norwegian princess, and was to receive a healthy dowry – a pot of gold – in doing so. However, he had no intention to marry, and planned to wreck the ship which would arrive with the gold. The ship was indeed wrecked, with the loss of all on board, including the princess.

A pot of gold was found washed up on a nearby rock and for a long time afterwards people claimed they could see metal shining in the water at low tide. This place was subsequently named leac an oir (‘flagstone of the gold’), and can be found a few miles north of the castle.

The Norwegian King took rapid revenge and sent a heavily armed task force to Castle Gunn, slaying Ottar and all his retainers and set fire to the buildings!

The castle was rebuilt afterwards, but the Gunns decided to rebuild at a larger site at Castle Halberry, a mile to the south.

You can find out more about Gunn's Castle, as well as other archaeological and historical sites, on Canmore, Scotland’s historic environment record.

The traditional enemies of the Gunns were the Keiths, who were based at Ackergill. They were enemies for over 500 years, until an agreement was signed between the two clans in 1978!