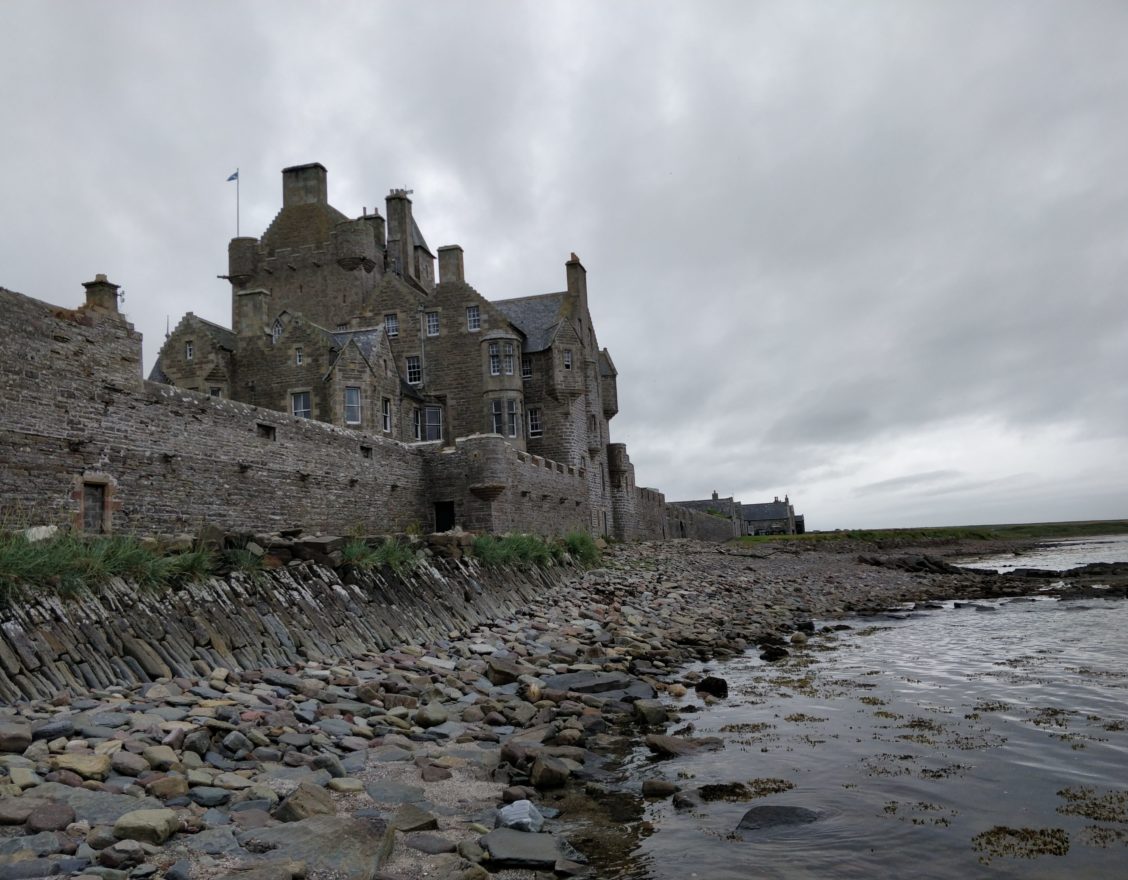 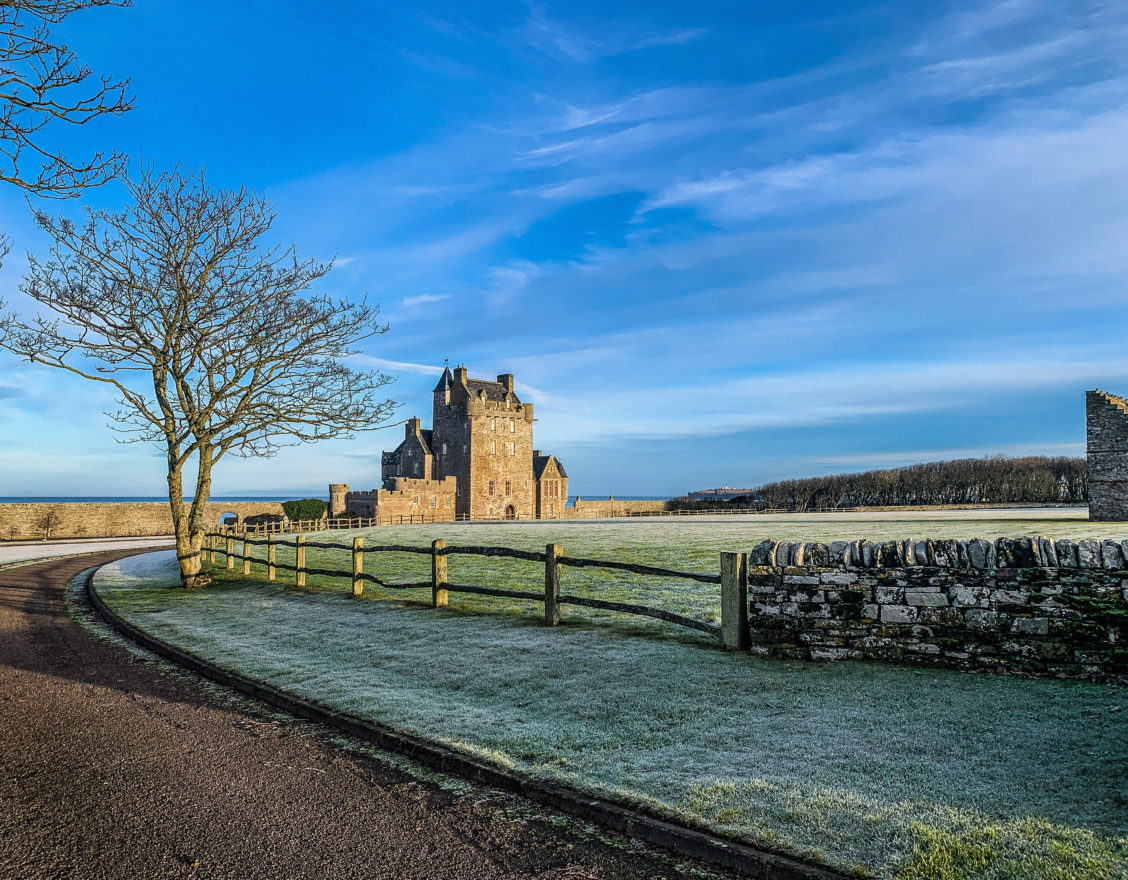 Ackergill Tower is now a private residence and not open to visitors; it may however be accessed from the coast.

Ackergill Tower is a tower house-style castle, built in 1538 by the Clan Keith, originally inheriting the lands from the Cheyne family.

Its story is embroiled with clan warfare between the Sinclairs and the Keiths. In 1547, the Sinclairs of Girnigoe seized the castle and were granted remission by Mary of Guise, before returning it to the Keiths - but not for long, as they would capture it again in 1556. Again Mary of Guise waived this act of aggression, and perhaps it was for these reasons that John Keith of Ackergill was present at the death of Mary of Guise in 1560!

In 1593 Robert Keith, brother of George Keith, the tower's rightful owner, captured the castle, and was declared a rebel. In 1597 John Keith of Sibster attacked the castle, climbing the castle walls with ladders.

In 1612 the Sinclair family would acquire the castle once more - this time through much less clandestine means, purchasing it legally. However, in 1623 it was besieged by Sir Robert Gordon during his feud with George Sinclair, the 5th Earl of Caithness, and surrendered before any seige would take place.

Oliver Cromwell may have used Ackergill Tower to garrison troops during his siege of Dunnotar Castle in Aberdeenshire, whilst hunting for the Scottish Crown Jewels, in 1651.

By 1699 the castle was put up for sale by John Campbell, who acquired the tower in repayment of debts owed to him by the Sinclairs, and it was bought by William Dunbar of Hempriggs, who began an extensive series of renovations. In 1963, Maureen Blake, who as a girl lived had with her mother and C.S. Lewis, became the steward of Ackergill Tower, before selling in on in 1986. It would later open as a 5-star hotel, before being sold to American philanthropist Betsee Parker in 2018.

You can find out more about Ackergill Tower, as well as other archaeological and historical sites, on Canmore, Scotland's historic environment record.

A legend relates the tale of a young woman named Helen Gunn, who was abducted by John Keith for her beauty. She flung herself - or fell - from the highest tower to escape her abductor's advances. Supposedly her ghost is still seen!