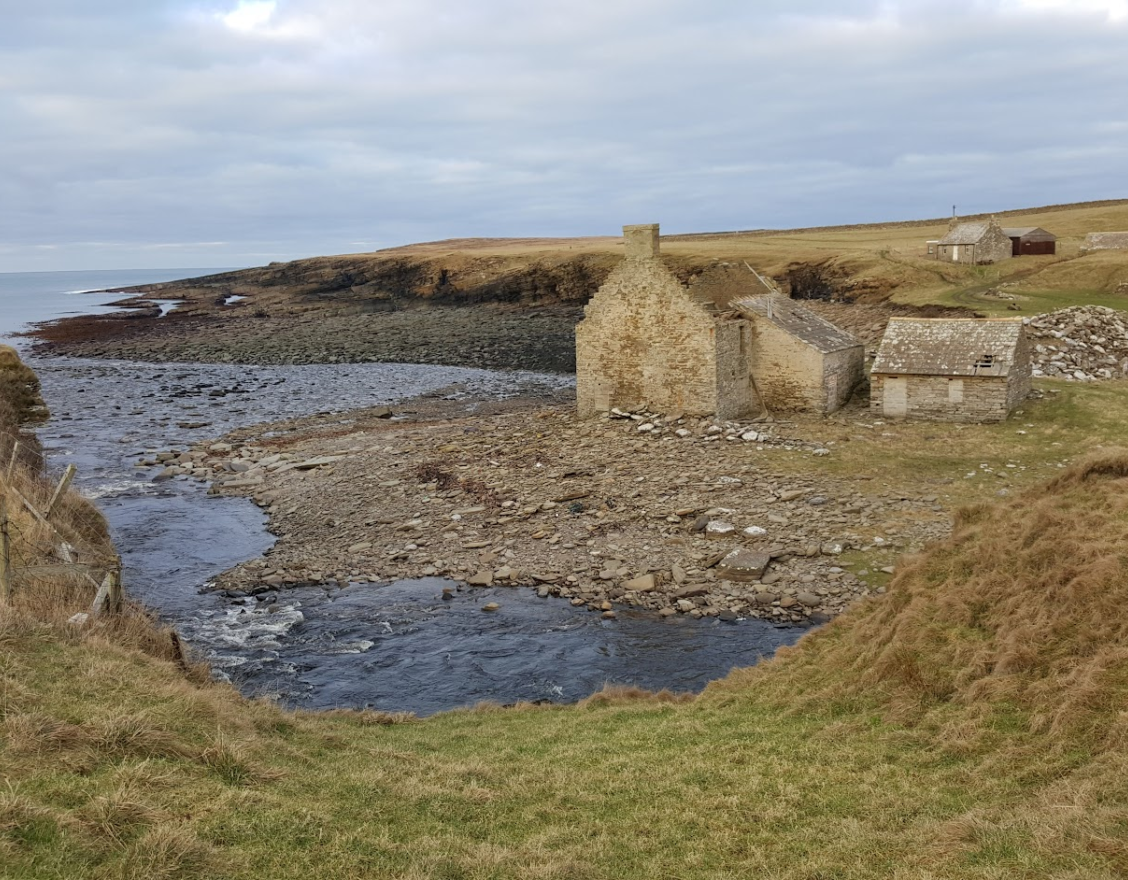 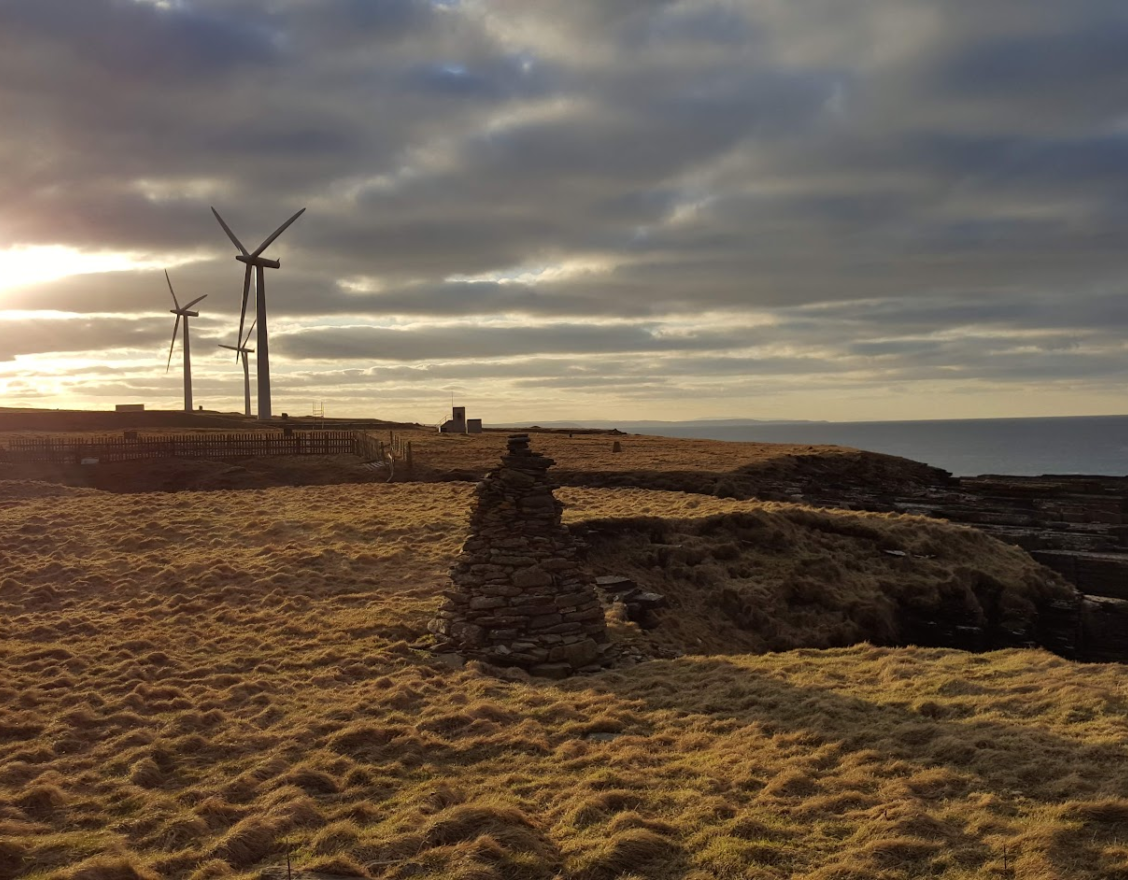 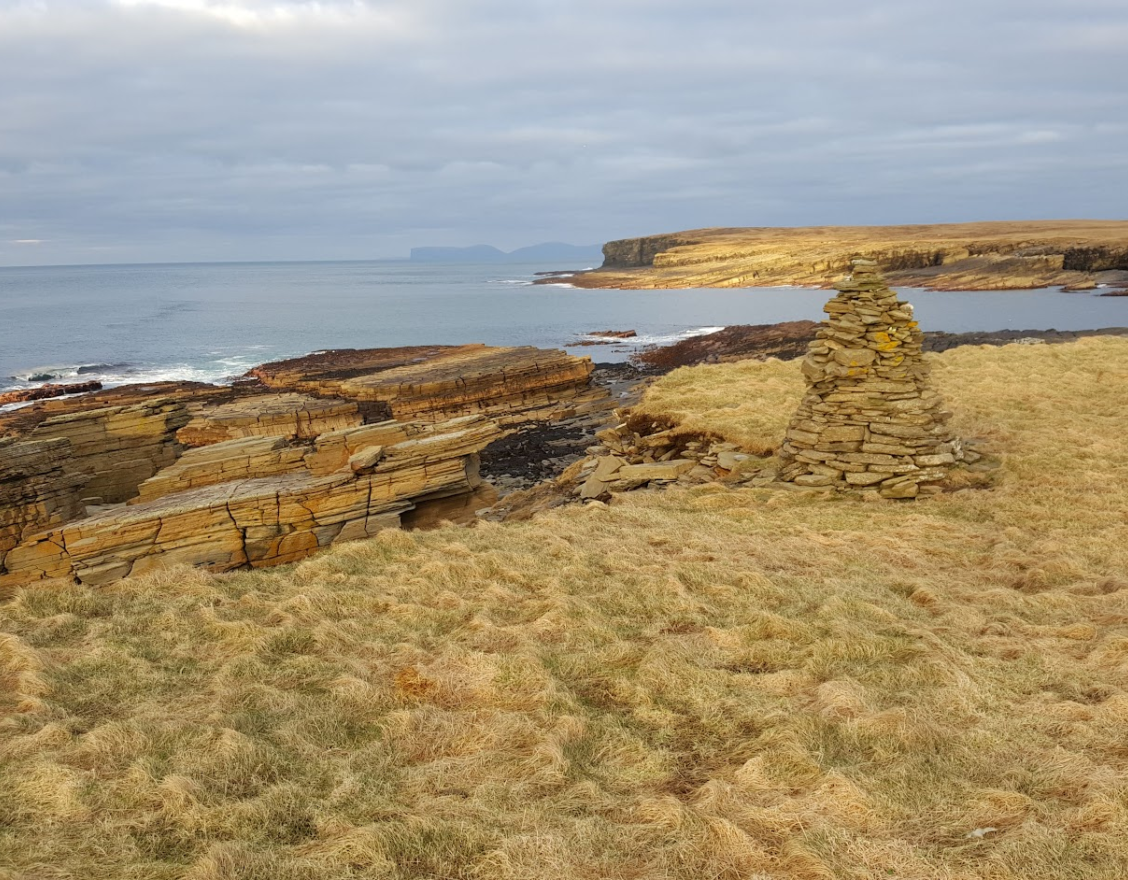 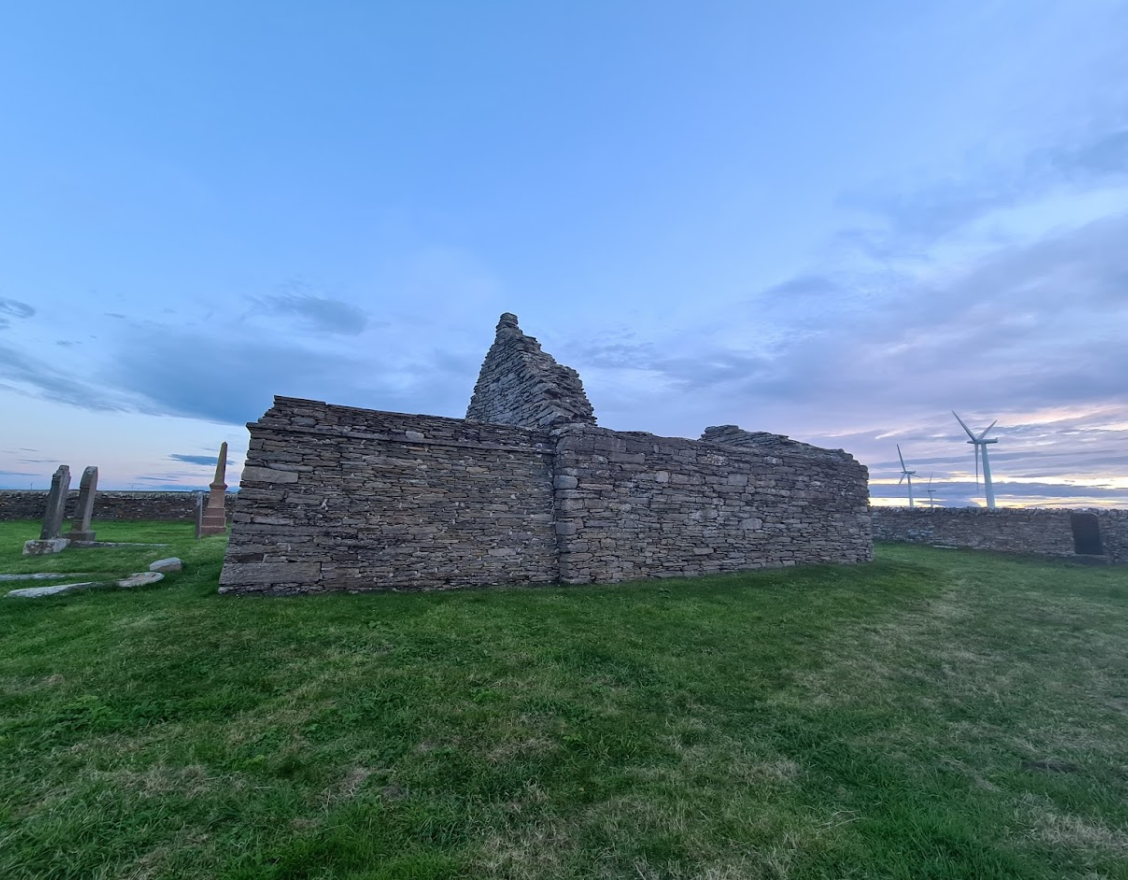 A multi-period meander along the coast of Caithness. Take in gentle lapping waves against a pebble beach before encountering one of the region’s earliest Christian sites – and don’t forget to pay your respects to the location of the long-demolished Crosskirk Broch. It would seem that the hum of activity has never ceased here: from Iron Age Brochs to the whoosh of wind turbine blades, there is plenty to investigate.

The site is signposted – look out for signage for St Mary’s Chapel – and there are plenty of parking spaces nearby. This is a gentle walk suitable for most visitors.

Crosskirk makes for a delightful wee wander. Here you can enjoy superb views of the Orkney Islands, as well as looking west across Scotland’s northern coast, as far as Strathy and beyond on a good day. Aside from peaceful views, the walk takes you past a small but photogenic natural harbour, where the ruins of a 19th century snuff mill stand beside a pebble beach.

Further west, you will come across the remains of one of Caithness’ oldest surviving ecclesiastical sites, St Mary’s Chapel, which consists of a chancel and nave (both now roofless). In plan, the chapel is similar to other Caithness examples, such as the one at The Clow, near Watten, and Skinnet. These small chancelled chapels were not common in the Highlands at the time of their construction, but were more familiar in the Northern Isles, and their design was probably derived from Orkney, then ruled by the Norse Earls who also controlled Caithness. The earliest grave inscription here appears to date to 1692, and the chapel graveyard is still in use.

To the north of the chapel stood Crosskirk Broch, which was excavated in the 1970s before being bulldozed off a cliff, as it was deemed unsafe. Crosskirk is often cited as being one of the earliest examples of a ‘broch’ in Scotland, and had many broch-like features, such as a staircase and intramural cells.

This whole area has clearly been important for centuries, as indicated by the modern buildings and wind turbines slightly down the coast. The buildings were used by American servicemen during the Cold War – the site was a Naval Computer and Telecommunications Area (NAVCOMMSTA) radio site, used to monitor for Soviet submarines! Nowadays, the structures are home to a number of businesses, most recently North Point Distillery.

A skeleton was discovered at Crosskirk Broch, lying down but with his head upright, facing towards the Pentland Firth.

The history and legacy of the United States Naval Communication Station in Thurso, Scotland