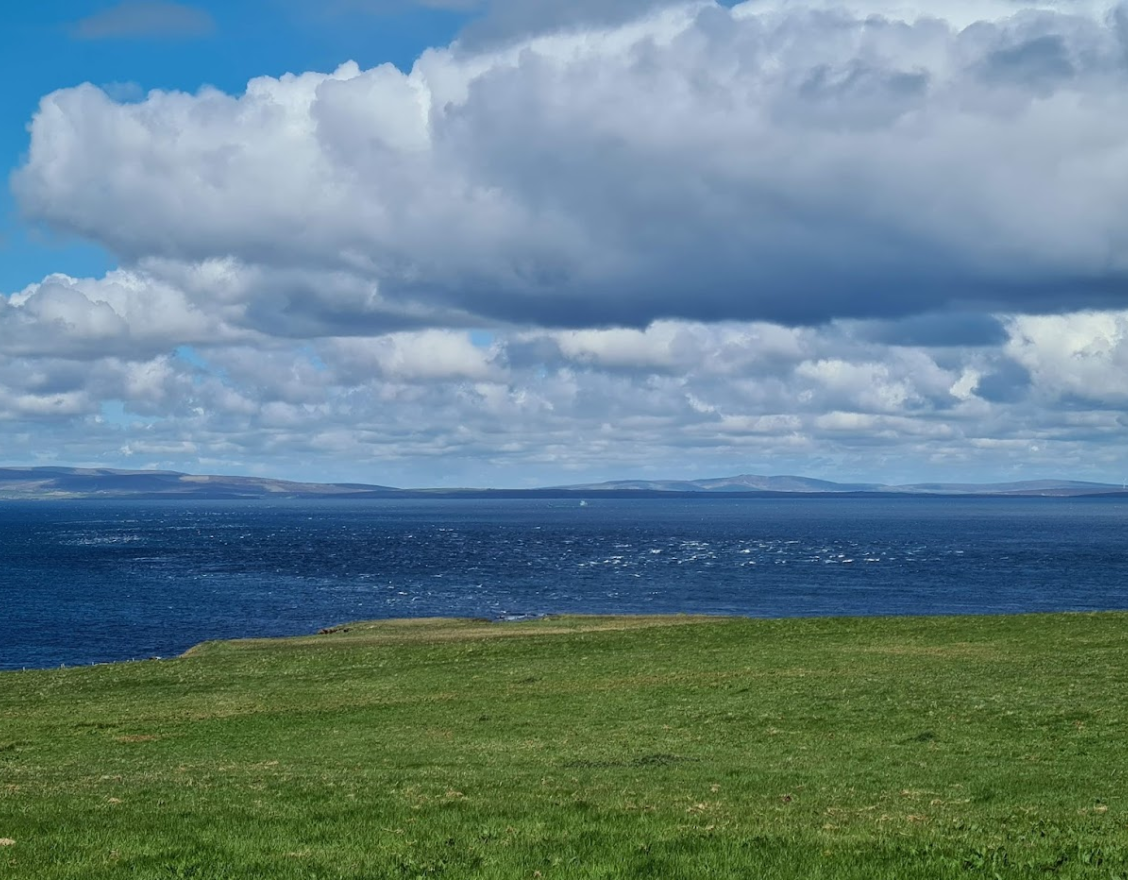 The stretch of water known as the Pentland Firth is found where two great bodies of water meet: the Atlantic Ocean to the west and the North Sea to the east. Separating Caithness and Orkney, the Firth is famously known as one of the most dangerous sea passages in the world, with fast-flowing tides, powerful currents, overfalls, and whirlpools.

The name Pentland Firth derives from the Old Norse Petlandsfjord, meaning ‘the fjord of Pictland’, perhaps hinting at Caithness’ earlier Pictish inhabitants. Despite this designation, the firth is not actually a firth, but is in fact a strait! At 14 miles long and 8 miles across at its widest point, the Pentland Firth separates the Orkney Islands from Caithness. It extends from Dunnet Head in the west to Duncansby Head in the east.

Two larger islands, Stroma and Swona, plus the smaller Pentland Skerries to the east, are found within its waters. The Firth plays host to an impressive range of marine life, including seals, porpoises, dolphins, minke whales and basking sharks. It is also recognised as the UK’s top location for spotting orca.

The Firth is crossed daily by two ferries: Pentland Ferries’ Alfred from Gills Bay to St Margaret’s Hope, and the John O’ Groats ferry from John O’ Groats to Burwick. A third ferry, NorthLink’s Hamnavoe, sails across just west of the Firth from Scrabster to Stromness.

Reaching 30 km/h, the Pentland Firth has some of the fastest tides in the world, and may in future be a prime location for tidal power generation. The seabed below comprises dramatic rock pinnacles and trenches which cause treacherous conditions on the surface, even in good weather. Large vessels can struggle to navigate the Firth in poor weather but smaller, less powerful vessels must choose their crossing times carefully. The Firth has sadly claimed many victims over the years.

There are a number of named tidal races resulting from these currents: ‘The Merry Men of Mey’, from St John’s Point to Tor Ness; a particularly violent whirlpool-forming race at the north end of Stroma called ‘The Swelkie’ (a name coming from Old Norse svalga or ‘swallower’ - Norse legend has it that it was caused by the grinding of the mill wheels by a sea-witch making salt to keep the sea salty); the ‘Duncansby Race’ off the Ness of Duncansby, reversing direction to become the ‘Duncansby Boars’; and the ‘Liddel Eddy’ between South Ronaldsay and Muckle Skerry.

If a vessel is not powerful enough and travels the Firth at the wrong time, it may be pushed backwards by the fast-flowing tides running in the opposite direction!

A number of tour operators run boat trips around Caithness coasts, including some that explore the Pentland Firth. Why not experience it for yourself?