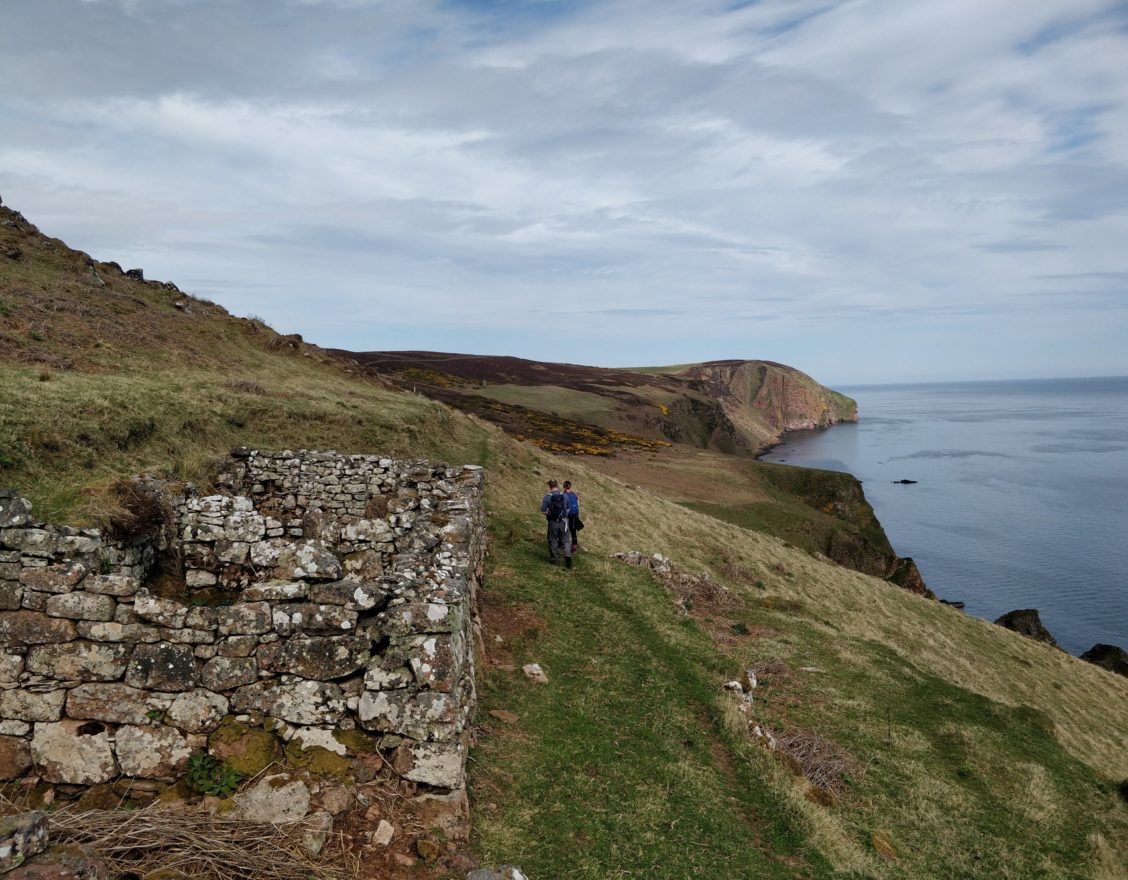 An evocative Clearance village by the Caithness cliffs. Nestled in the heather are the remains of a number of crofts, home to several families before the village was abandoned. A short but historically-charged and haunting walk, with the sounds of the North Sea crashing against the mainland and the wind whipping across the heather, is sure to leave a lasting impression.

Badbea is the site of deserted township stretching 1.2km along a headland above the sea. A harsh, isolated place, it was home to crofters evicted from their villages during the Highland Clearances. In 1793, Sir John James Sinclair began to evict families from his land (and their crofts) to make way for sheep, a more lucrative endeavour and apparently worth the cruelty of forcing people out of their homes forever. From his estates alone, 80 people from 12 families were moved to the inhospitable cliffs of Badbea.

Over time, other landowners overtook similar evictions, with crofters from Langwell, Ousdale, and Kildonan among those who settled the township at Badbea. Some stayed permanently, while others left for other countries - some of the earliest settlers in New Zealand left from Badbea. Those who remained tried to survive through the herring industry in Berriedale, but this was eventually shut down in favour of salmon, which employed even fewer people. Some residents turned to illicit whisky distilling, and there is a record of a man named John Gunn (said to be 84 years old) slipping and falling to his death when he was carrying a cask from one of its hiding places. His grave can be found in Berriedale burial ground.

There is ample parking off the A9 and the village can be reached by a short walk of just over 1km. Please take care when walking through the ruins as some are covered and are not easily seen. A monumental stone pillar dedicated to the former inhabitants was erected in 1911 on the remains of one of the longhouses.

It is said that animals and even children had to be tethered to keep them from being blown over the cliffs by the strong winds!

Badbea Families is dedicated to the Badbea diaspora.

The Grey Hen's Well has many stories from the area, as well as information on nearby Ousdale.