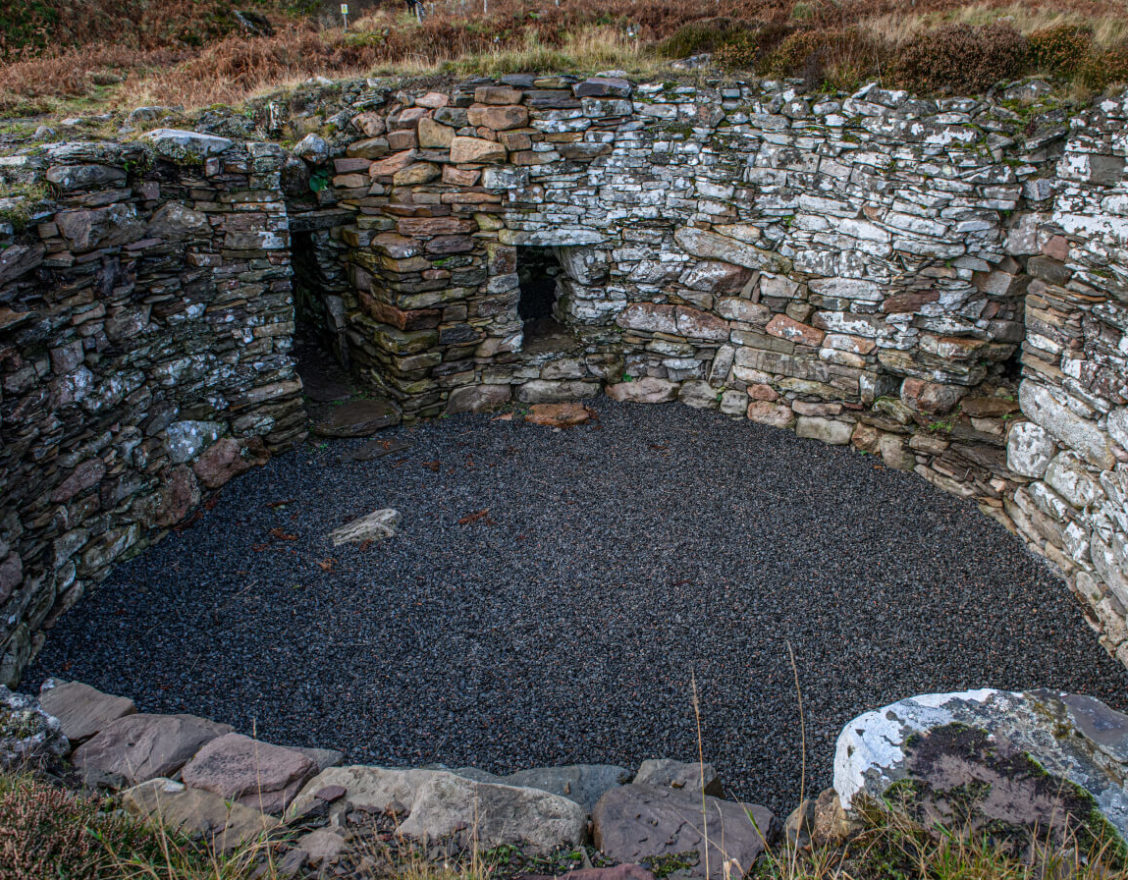 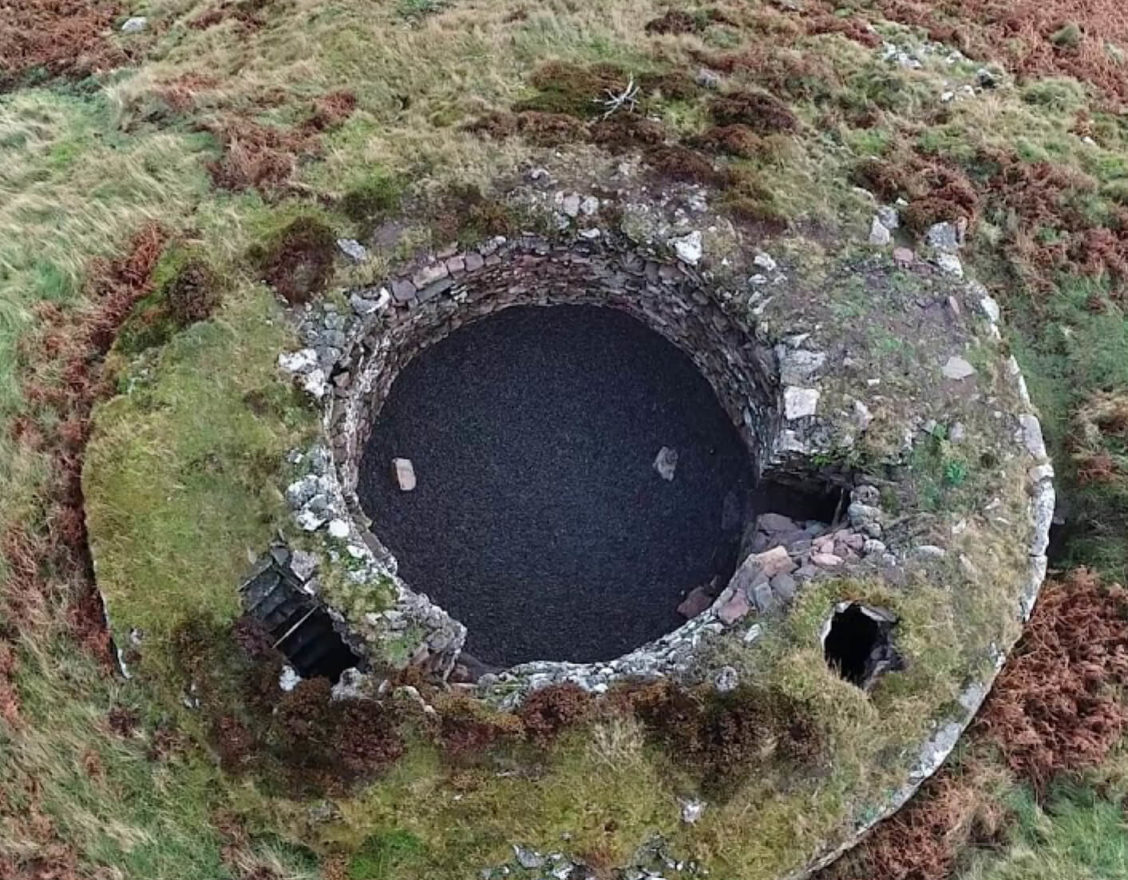 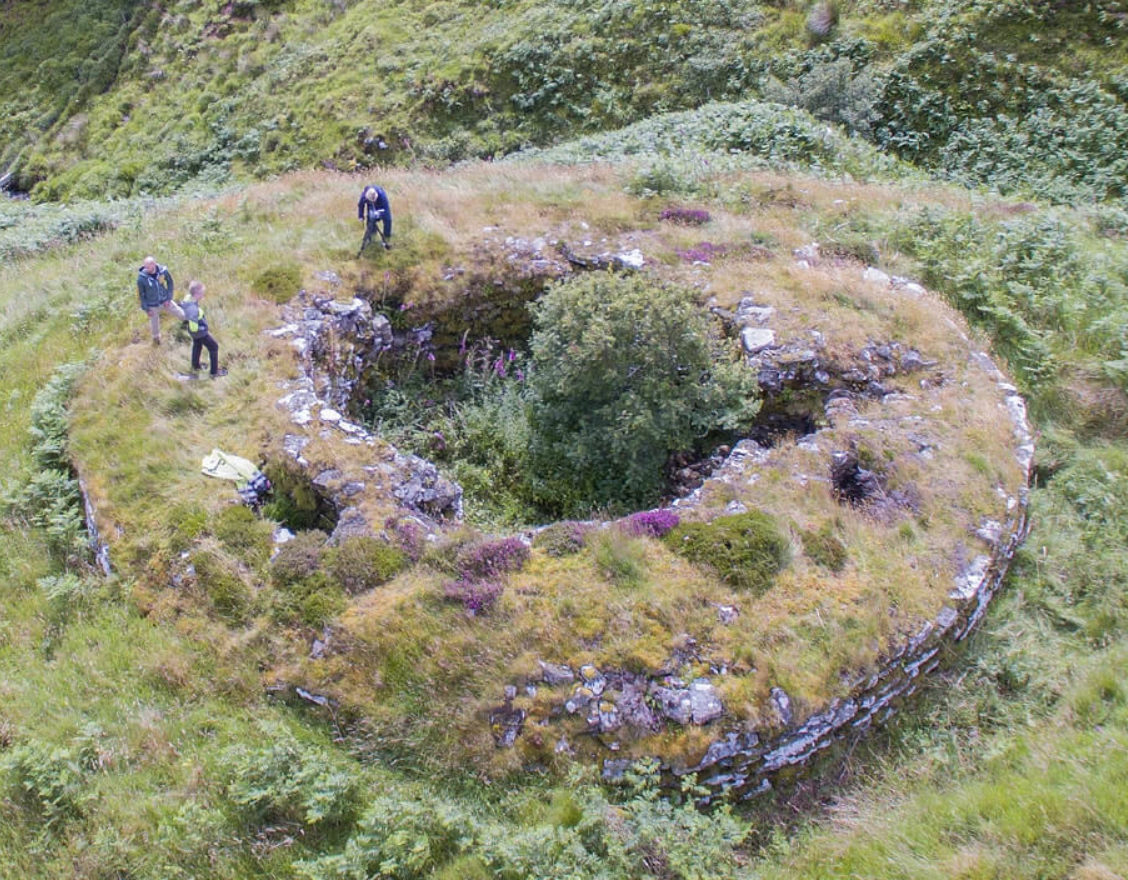 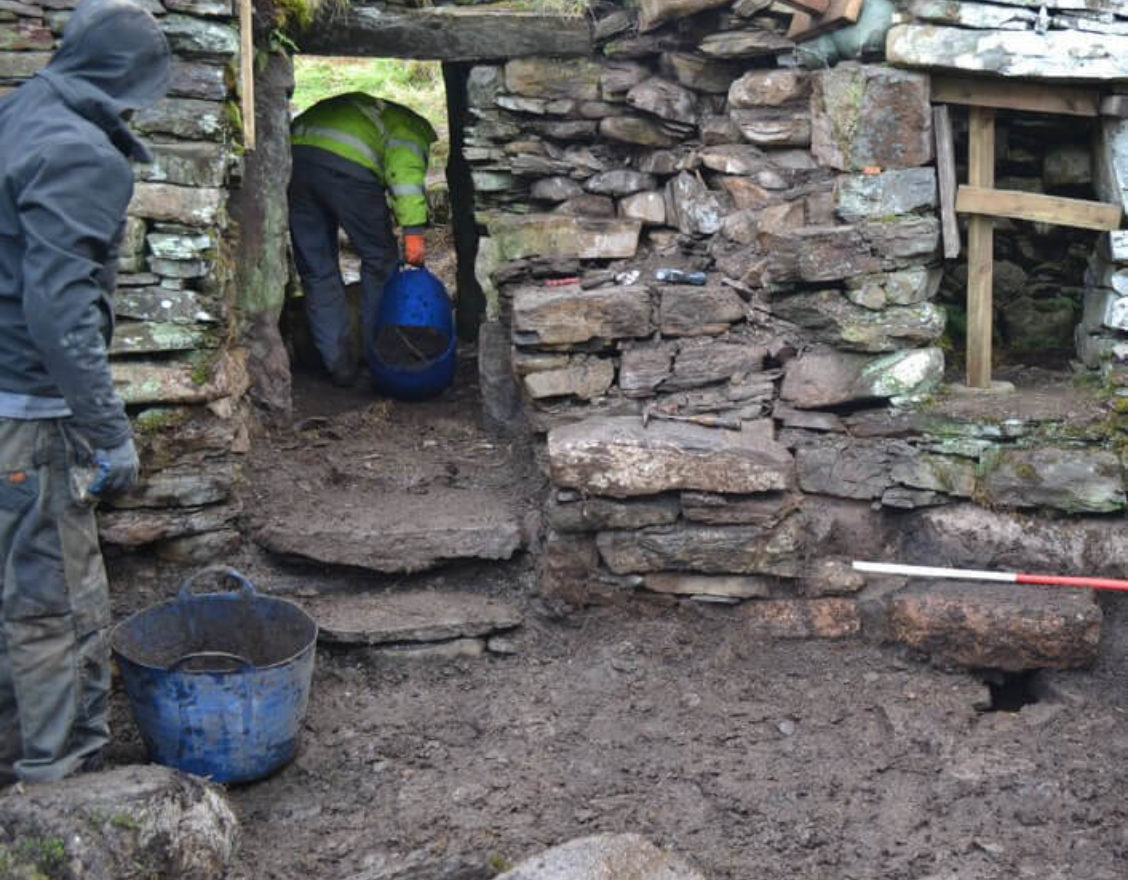 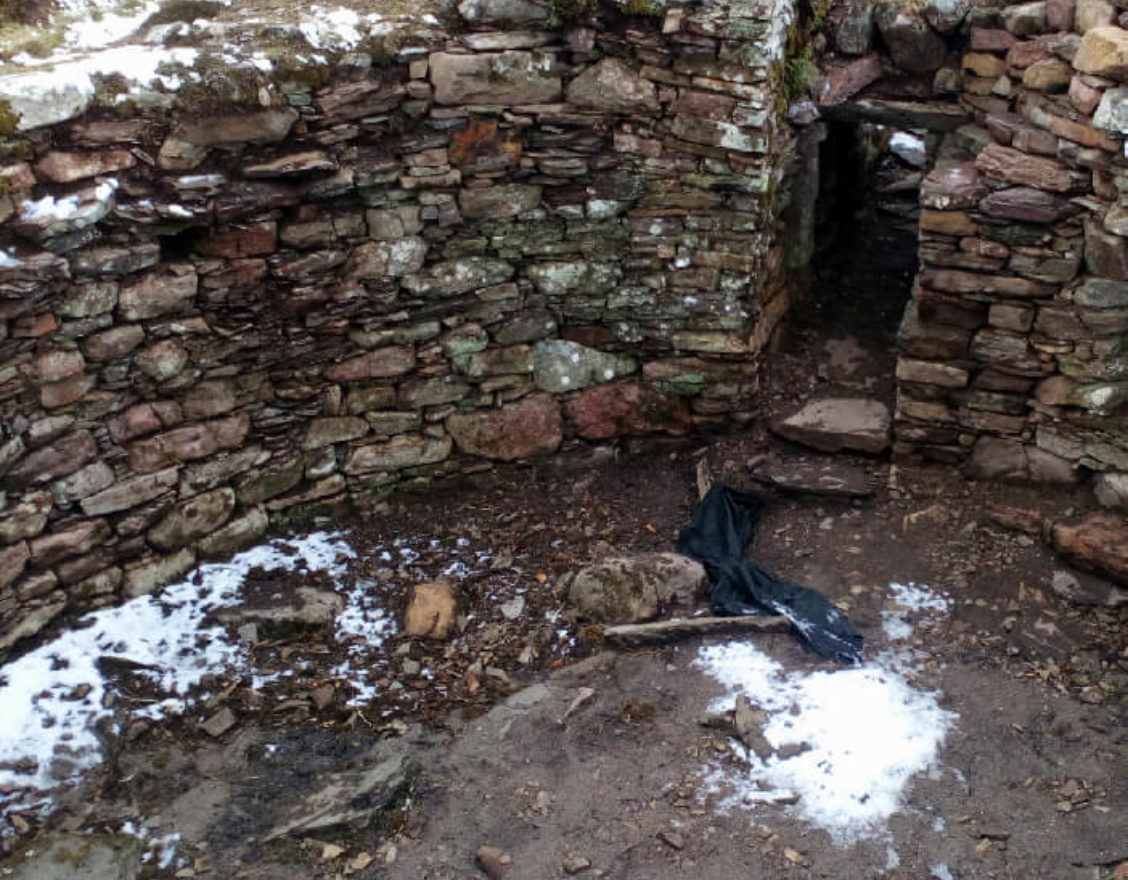 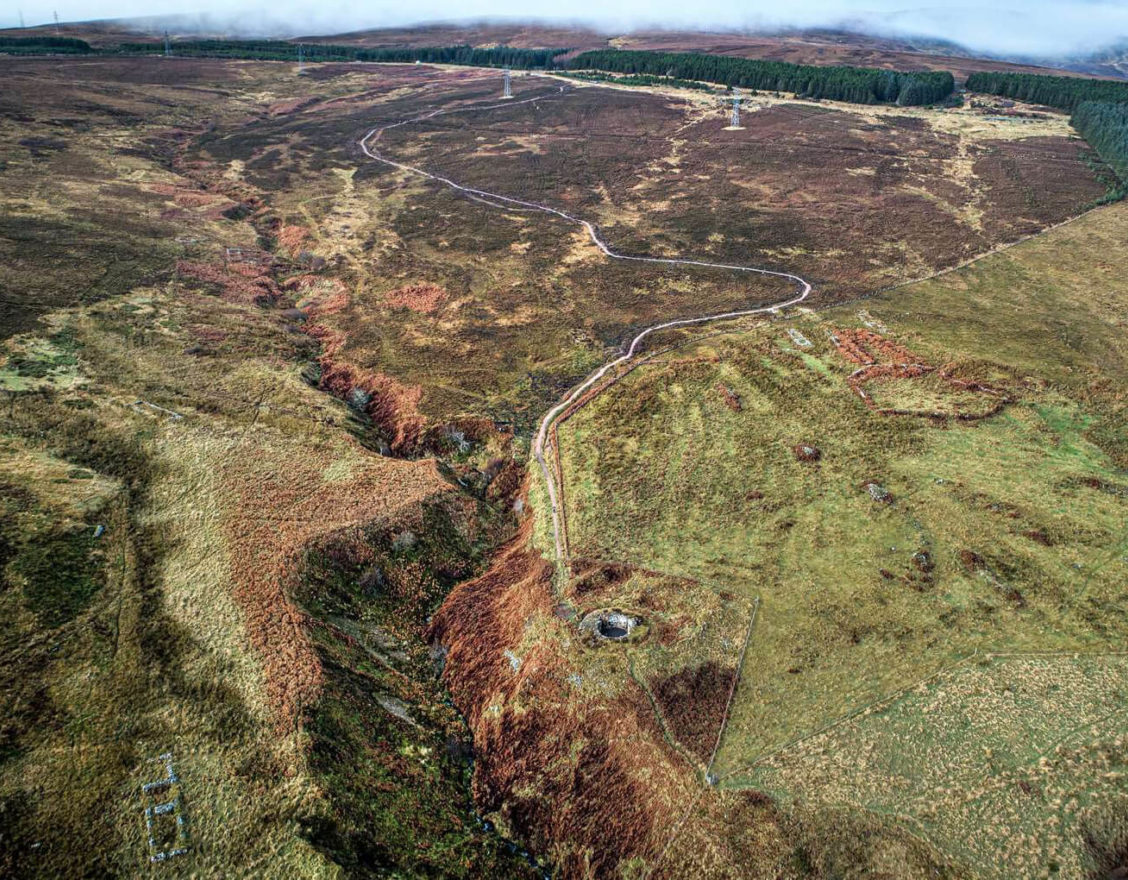 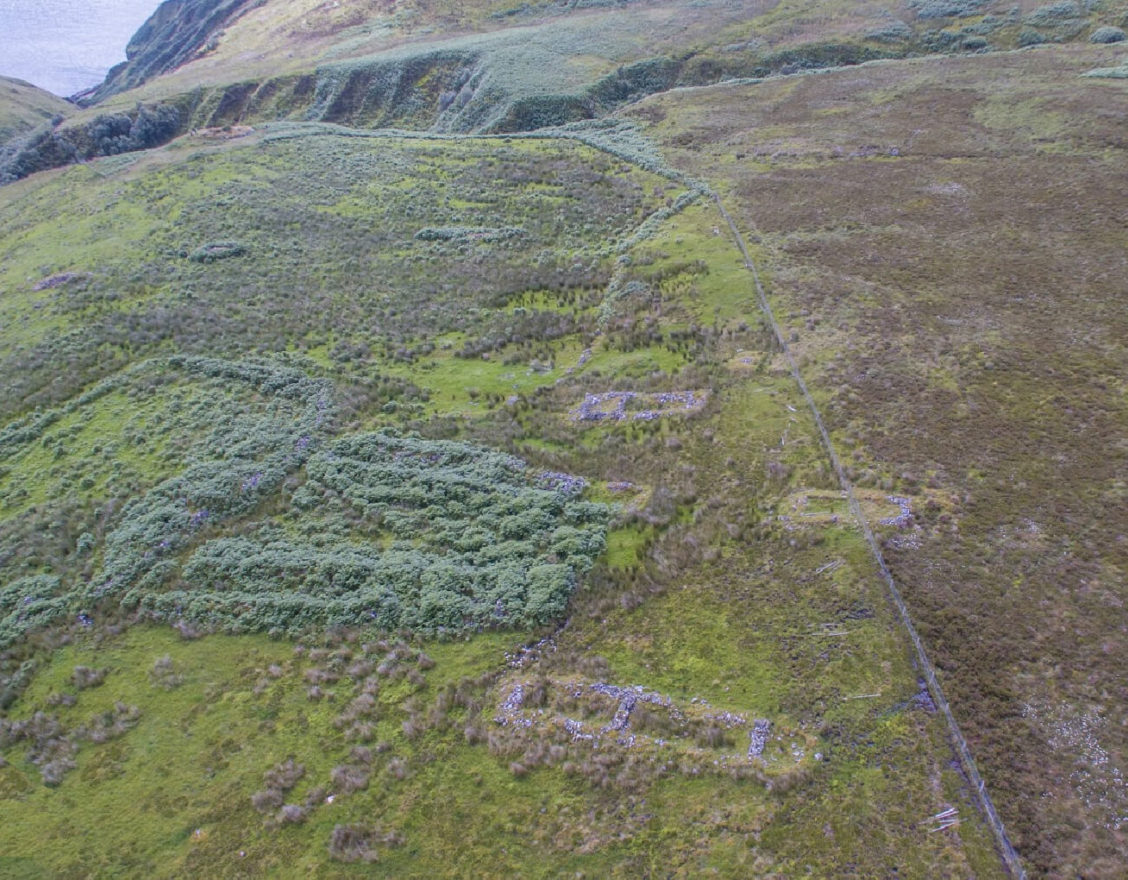 Caithness’ best example of an Iron Age broch, located between the villages of Helmsdale and Berriedale. Park in the layby immediately adjacent to the A9 at Ousdale, and take a walk down the path, passing a ruined 19th-century clearance village, to reach the broch. Occupying a commanding position above a precipitous slope leading to the confluence of two burns below, Ousdale has recently been conserved under the direction of Caithness Broch Project.

Ousdale Broch is located roughly halfway between the villages of Helmsdale and Berriedale on Caithness' east coast. It is one of the best-preserved examples of the iconic broch towers of Iron Age Scotland, particularly as a result of professional conservation works overseen by Caithness Broch Project between 2015 and 2020.

Parking in the layby just off the A9 at Ousdale, take the path down to the broch to visit for yourself - near to the start of the walk, you will find the first of five interpretation panels describing the broch and surrounding area. Further down the path you cross remains of The Ord, the historic boundary between Caithness and Sutherland. This is the oldest road in Caithness and has at times been described as the most dangerous in the country! The Ord was the scene of a confrontation in the 12th century between King William I of Scotland (The Lion) and Harald Maddadsson, a Norse Jarl who ruled over Caithness and Orkney.

A further panel highlights the unusual geology of the area, in particular noting its composition as a granite outcrop that juts out into the sea with precipitous edges, in contrast to the flagstone more commonly seen in Caithness. Further down the path you will see the remains of Borg, a post-medieval village that was cleared in the late 18th century as part of the Highland Clearances. You can explore the surviving structures by crossing the fence at the stile.

As you reach the broch, you can look down at the two rivers (the Allt a’ Bhurg and Ousdale Burn) that meet far below. Inside, the walls are around 3m high, and several of the original features still survive, including as a stairwell, two corbelled guard cells, and an aumbry.

The path is accessible to most, but it should be noted that there are some steep sections and it can be wet underfoot after heavy rain. There are two benches along the length of the path, providing rest stops for the uphill climb back to the car park!

You can find out more about Ousdale Broch, as well as other archaeological and historical sites, on Canmore, Scotland’s historic environment record.

A human skeleton, thought to date to the post-Medieval period, was found buried face down at the bottom of the stairwell.