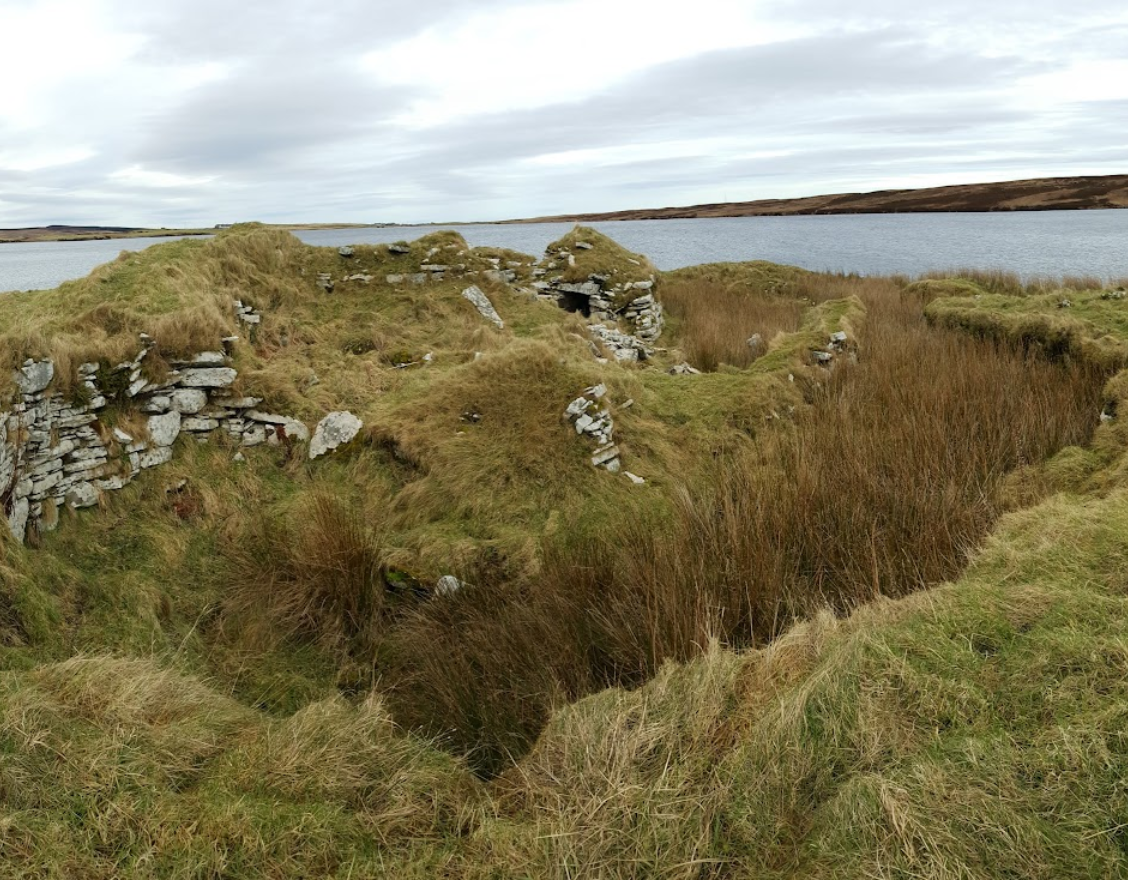 A broch by the loch! Yarrows Broch is a significant Caithness broch which forms part of the brilliant Yarrows Trail. Explored by antiquarian Joseph Anderson in the late 19th century, this can be counted as one of Caithness’ best examples of a broch.

Found on the edge of the South Yarrows loch, this structure is prone to flooding from time to time, so it is advisable to bring wellies if you want to visit - unless you don’t mind getting your feet a bit wet.

Yarrows Broch was traditionally known as South Yarrows ‘Cairn’; indeed, Caithness’ very own Alexander Henry Rhind thought it was a cairn structure when he first visited it. However, this structure is definitely a broch. In fact, Yarrows Broch, located on the southern section of Yarrows Loch, can probably be counted as one of Caithness’ best examples of a broch, although it is prone to flooding every now and then, so take care when visiting.

Yarrows Broch has been described as the ‘ultimate expression of the Iron Age complex round house’, with several features to admire including intra-mural cells (i.e. cells within the walls) and a staircase running up to the second floor. The broch itself is around 10 metres in diameter, with walls nearly 3 metres high. This broch was potentially a ‘high-walled’ broch, and when it was first excavated, the walls were 5 metres high: the broch may have been as a tall as a two-storey house in its pomp!

The broch itself, excavated by Joseph Anderson in the 1860s, is rather interesting as it shares commonalities with brochs of the Western Isles, such as the thinness of the walls and the ‘considerable length’ of the intra-mural gallery (i.e. the space between the brochs’ two walls). Finds from the broch do not necessarily correlate with this assertion though, with only a single cordoned sherd matching a Hebridean style.

Though most brochs have only one entrance/exit, Yarrows has two. Why might this be? The east facing passage is thought to the original doorway, as most broch and roundhouse entrances face east.

Secondary structures – later period ‘wags’ which are normally attributed to the Picts – can also be seen surrounding the broch. Orthostats – upright stones – can be spotted in the structure, giving a kind of ‘aisled’ appearance, similar to structures like those found at the Wag of Forse. These orthostats would have been used as roof supports, and sheltered the individuals living here during the secondary phase of occupation, in the 3rd and 4th centuries AD.

Please remember that Yarrows Broch is situated on a working croft and care must be taken when visiting not to upset local livestock. Please make sure dogs are on a leash.

You can find out more about Yarrows Broch, as well as other archaeological and historical sites, on Canmore, Scotland’s historic environment record.

During excavations of Yarrows Broch by Joseph Anderson in 1869, five 13th/14th-century burials were found in the topsoil, including one buried with a bronze brooch with a Christian inscription.