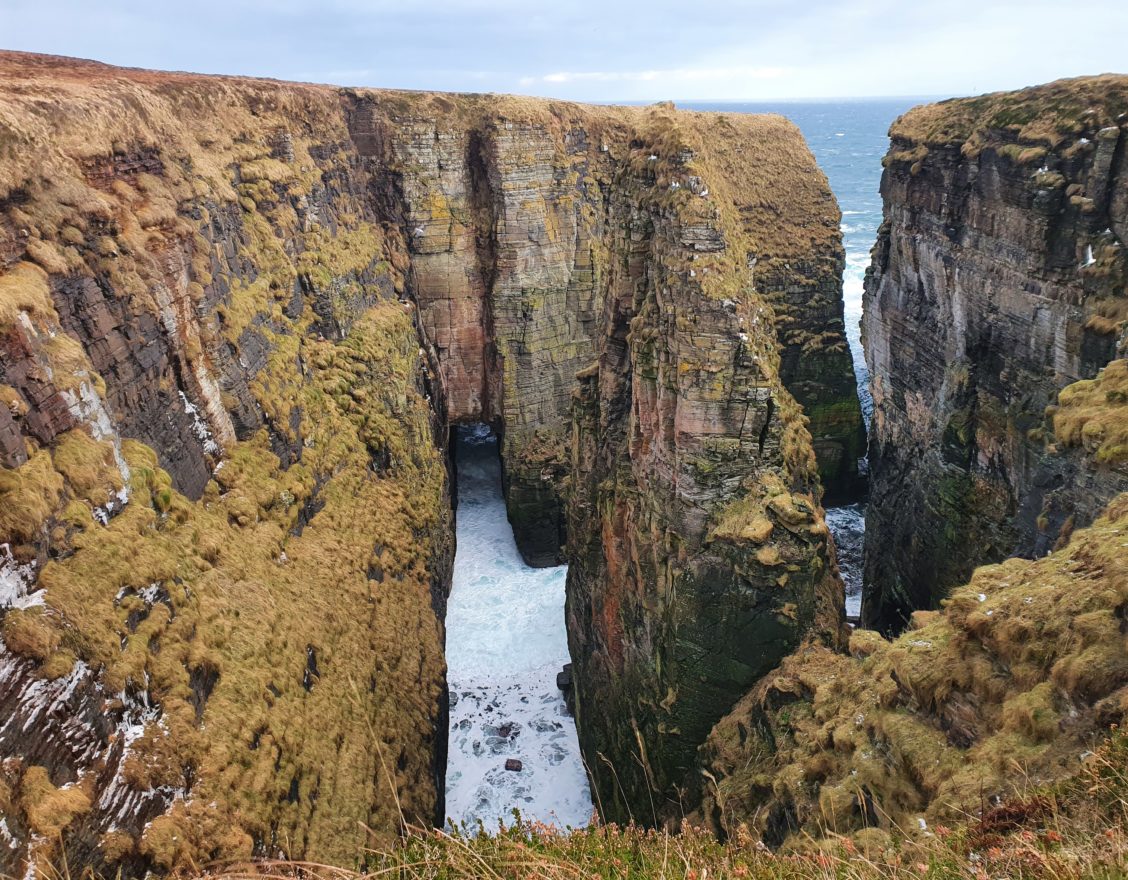 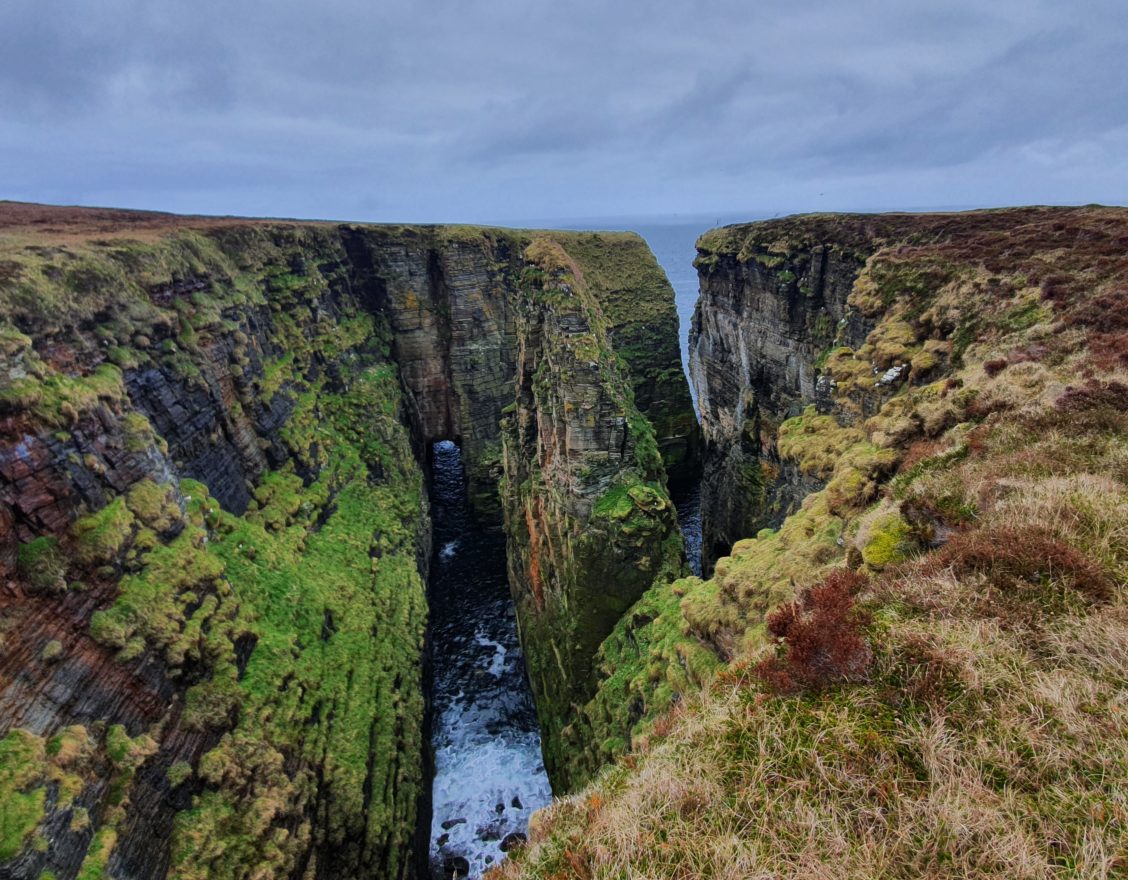 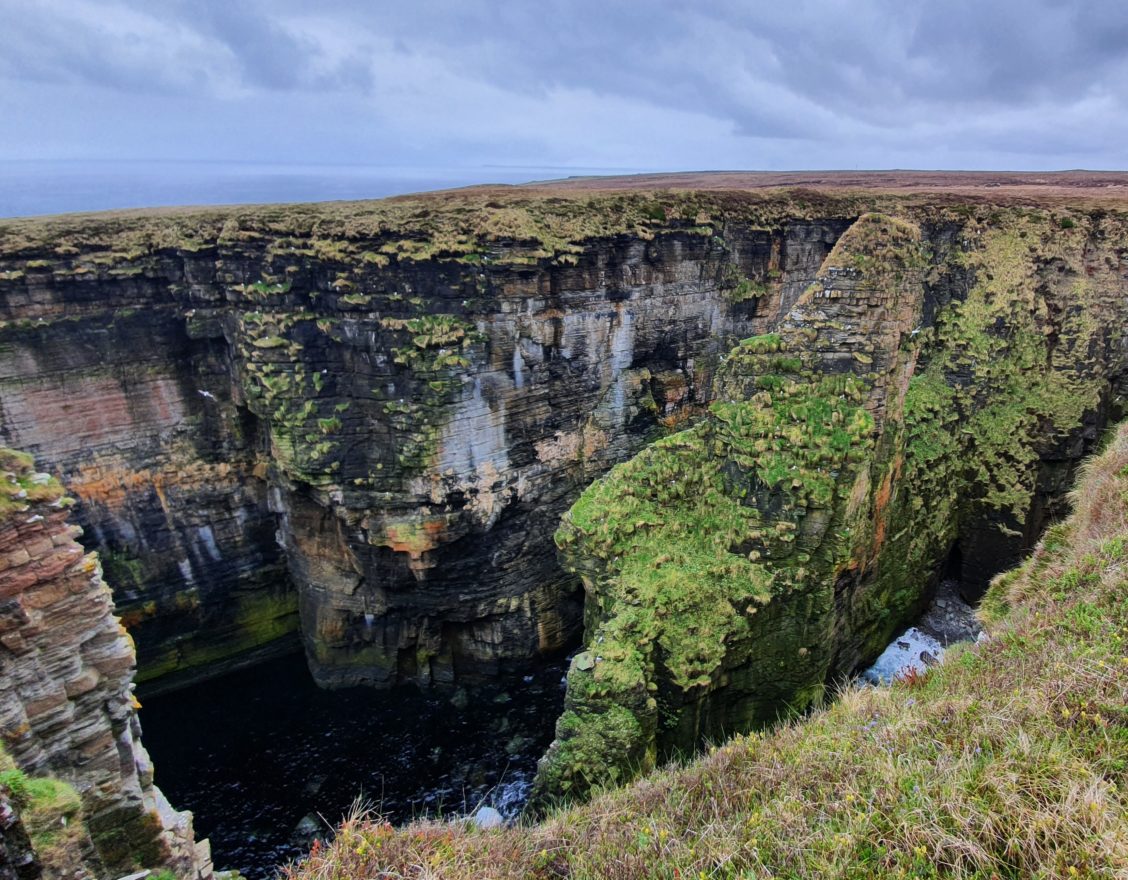 A long walk around the rugged coast from John O’ Groats rewards you with a view of Wifie’s Geo: an extremely rare geological occurrence known as a locked sea stack. Over time, the sea has cut a deep, narrow cleft through the rocky coastline (a geo), bringing the sea inland, within which is a massive sea stack surrounded on all sides by towering cliffs and crashing seas below.

Wifie’s Geo is the most remote attraction on the Caithness Broch Project’s map. Only the intrepid explorer or those walking the John O’ Groats trail will get the chance to admire this spectacular and unique geological curiosity. The shortest route is by setting off north from Skirza along the increasingly established John O' Groats trail and after only a kilometre you will arrive at Wifie’s Geo. Alternatively, starting from the car park at Duncansby Head, head south along the high cliffs – themselves with dramatic views of the popular Duncansby Stacks – and after a few miles of across rough terrain you will arrive at Wifie’s Geo, the only example of a 'locked' sea stack in Scotland.

A ‘geo’ derives from Norse, and refers to a typical feature of Caithness geology: a deep ravine in the cliffs, where the sea cuts its way through a narrow cleft in the coastline. At Wifie’s Geo, the rare occurrence of a geo containing a sea stack is a unique sight – a dramatic and awesome place only made better by its remoteness, which gives the sense of visiting somewhere few have been lucky to experience.

The cliffs that make up the coastline were formed 360 million years ago, as sediment built up from a huge lake dubbed Lake Orcadia. In some places this ancient red sandstone layer is up to 4km deep!