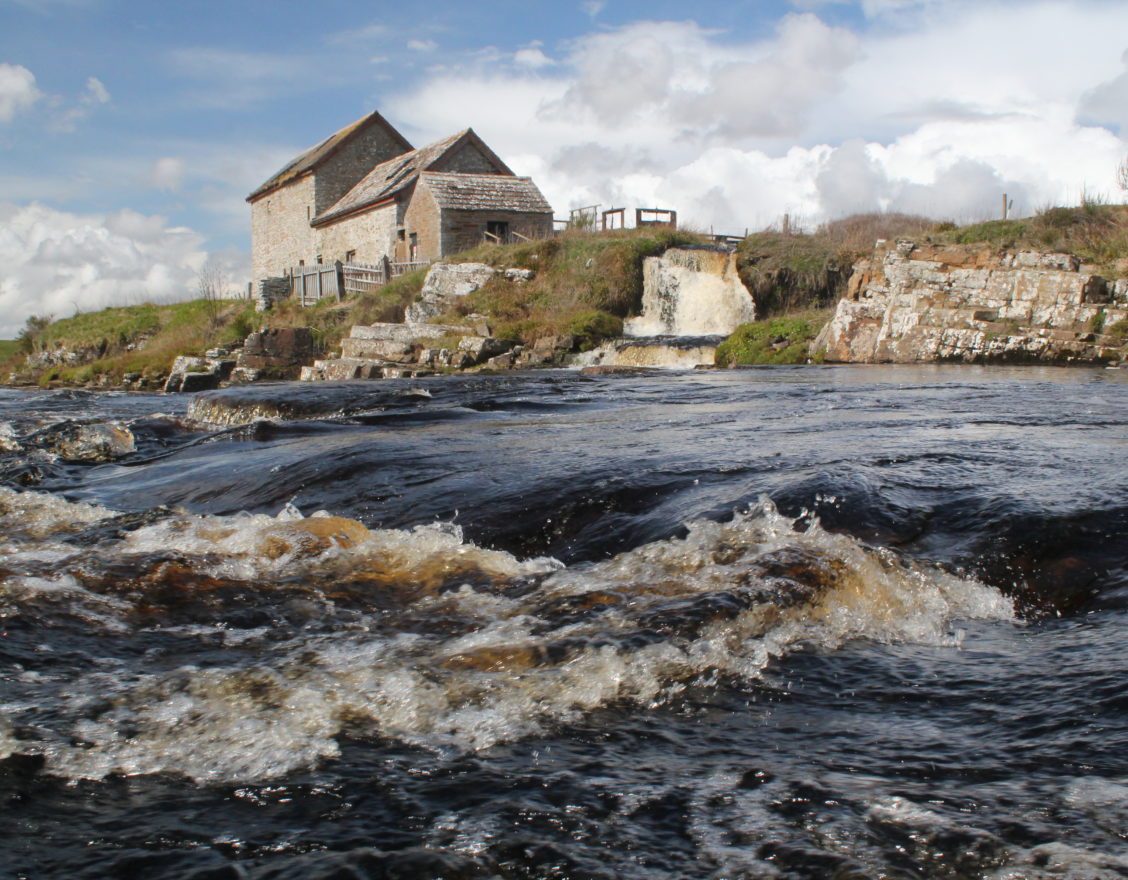 A popular spot for photographers and fishermen! Watch the salmon leap up the waterfall from the old stone bridge across the River Thurso, or visit the picturesque Westerdale Mill, which has become a focal point for budding Caithness photographers.

A small scattered settlement in Caithness, Westerdale lies 8 km south of Halkirk on the River Thurso. Sites of interest include the 18th-century Dale House with its walled garden and doocot, and, within sight of Westerdale Bridge, the largest concentration of brochs in the UK! No less than six possible brochs are located within one square mile, clearly indicating the importance of this area in prehistory.

The bridge itself straddles the Thurso River en route to the mighty Loch More deep within the Flow Country, where the river finds its source far upstream. Westerdale Bridge was built in 1834 and is now a listed property of Historic Environment Scotland.