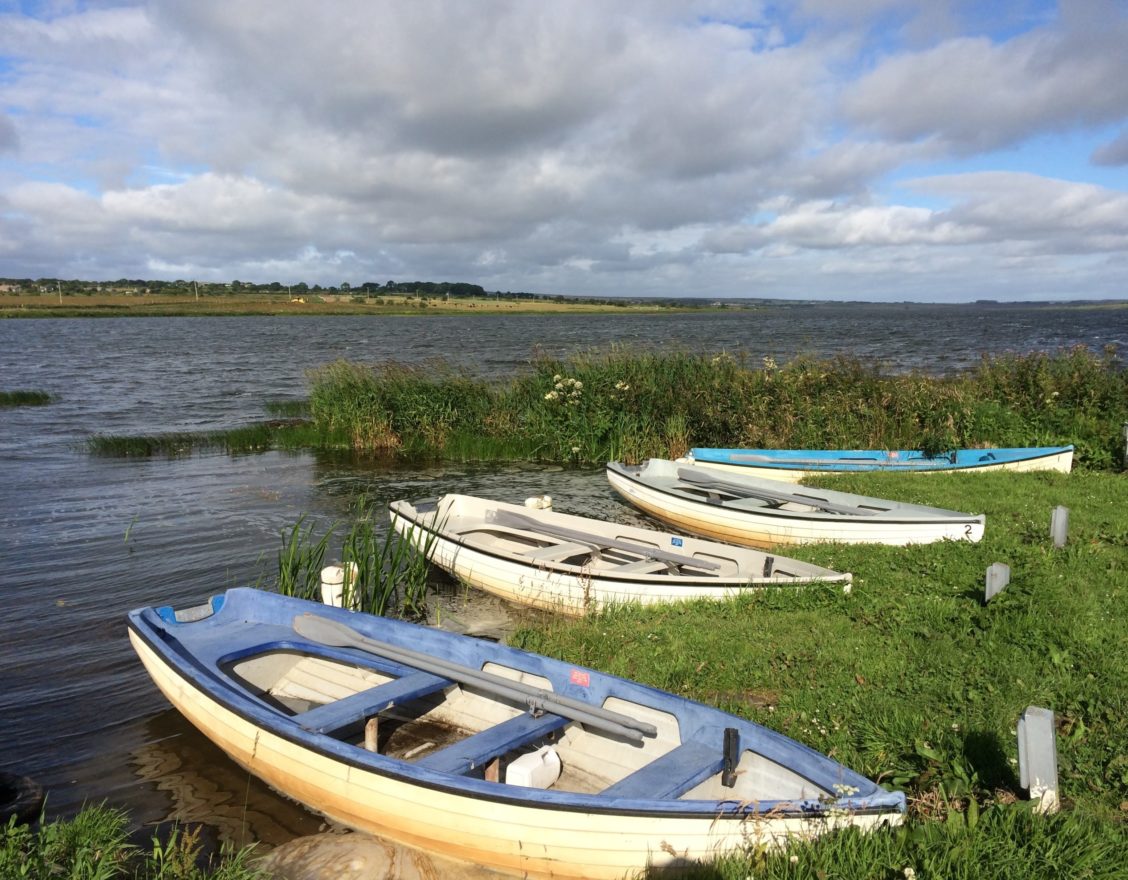 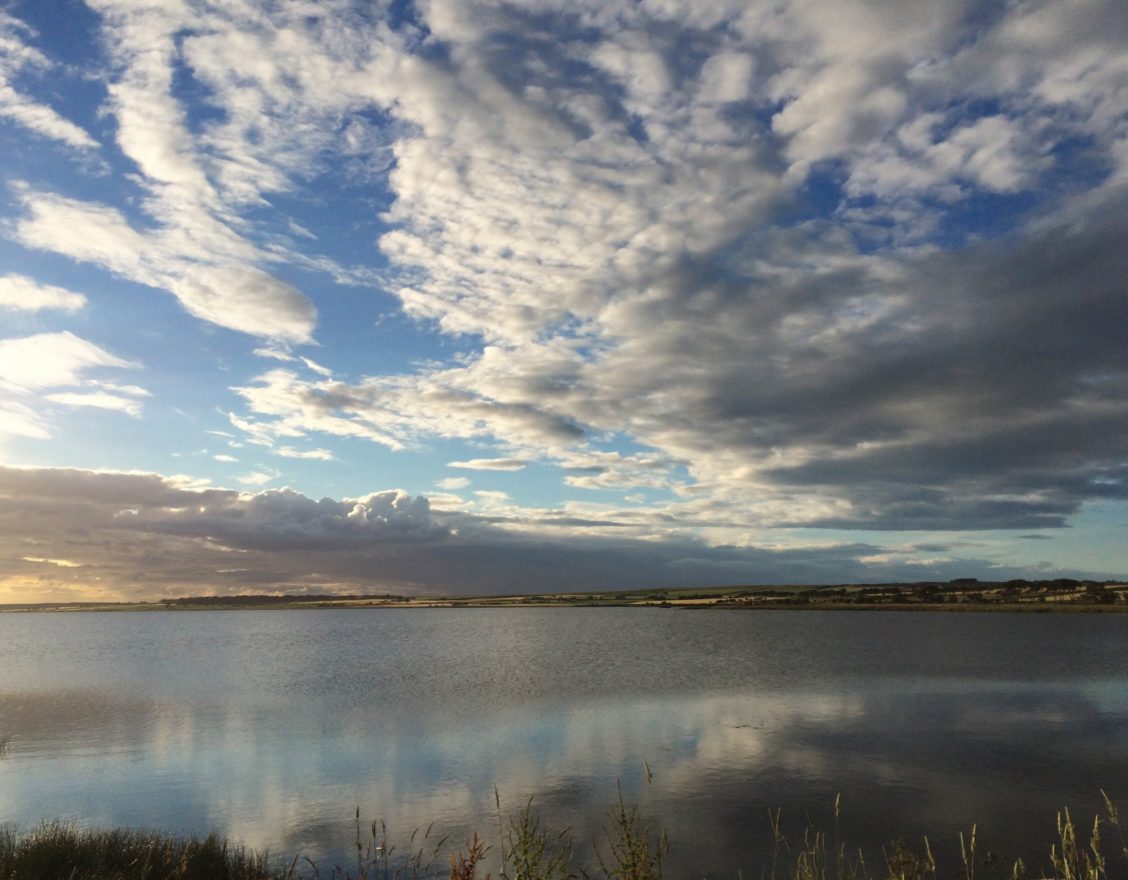 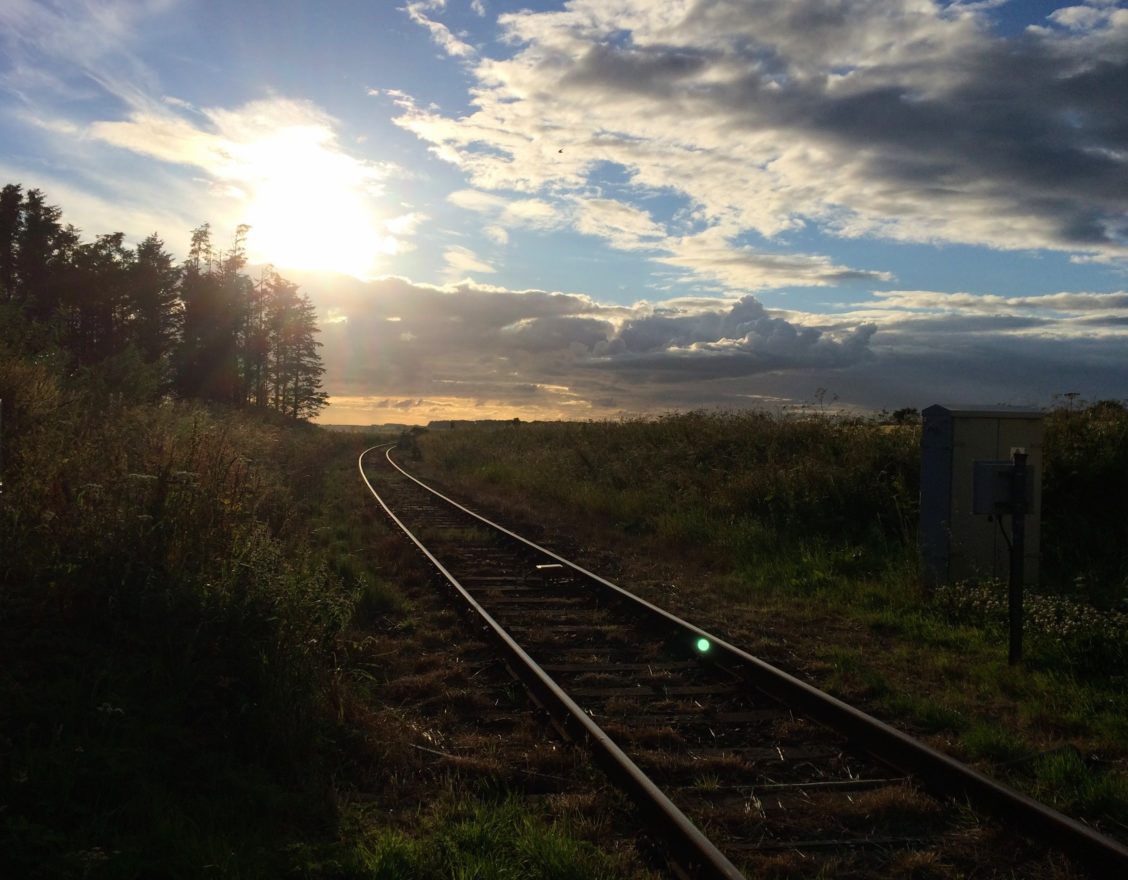 Watten is a small village midway between the towns of Wick and Thurso. It is best known for its shallow freshwater loch, the second largest in Caithness.

Watten is a village and parish located between Thurso and Wick. Its centre is a thriving community with a shop, a school, two churches, a filling station, and a garden centre. Ordnance Survey maps show prehistoric broch sites, standing stones, and cairns. At the east end of the loch is the remains of a crannog, a circular dwelling raised above the water on an artificial island. The island, which can be seen clearly on aerial views of the loch, is composed of small stones and earth topped by larger stones to give a secure foundation for the house that would have been contemporary with the many brochs in the area. It is mostly submerged due to the damming of the loch outflow, but originally would have been 35m in diameter, raised on wooden poles above the water.

A standing stone 1.7m high can be seen in the field to the north of the main road as you leave the village towards Wick, passing over the Achingale Bridge finished by Thomas Telford in 1817.

Turning off the main road in the village by the Brown Trout Hotel and Restaurant, you travel north on the B870 past the loch on your left, towards the old railway station that closed in 1960. The platforms still exist and the former station building is now a private house. The railway, still in use, runs along the north bank of the loch between Wick and Georgemas Junction. The next (disused) station past the loch is Bower, in fact 4.5 miles from the village of Bower but probably named after the parish, of which it is at its west end.

Passing by the loch, a loop of the old road forms a car park and picnic area. The road passes over the old bridge, and further on there is still evidence of the mill lade which ran under the road from a sluiced inlet, where rowing boats now moor along to a corn mill (now part of Bridgend farm).

Loch Watten is named twice – loch deriving from Gaelic and vatn from Norse origin, and both meaning an inland lake or sea inlet. The loch sits in a shallow depression in the sedimentary bedrock called a kettle hole, formed by a block of ice left behind the retreating glacier that once covered all of Caithness some 10,000 years ago.

A farm to the northwest of Watten is called Bloodyquoys. This may derive from the Norse blautr (‘wet’), but it is also recorded that a tenant of Scarmclate kept heifers at Bloodyquoys and “was in the habit of taking blood” from them!

After World War II, Watten was the top-secret home of prominent Nazis, not staying at the Brown Trout Hotel but rather in the less glamorous prisoner of war camp no. 165. The modern recreation ground behind the garage was the camp football pitch.

Watten is the birthplace in 1810 of Alexander Bain, inventor of the electric clock and a forerunner to the fax machine. The devious English inventor and scientist Charles Wheatstone (of Wheatstone bridge fame) tried to rip off his clock design, but he was compensated with damages of £10,000, a lot of money in 1840!

Though Loch Watten outflows into Wick River, which runs east along the valley from Watten to Wick Bay and the North Sea, the main flow of the river at Watten is from tributaries to the south of the loch, the Burn of Acharole and Strath Burn – feeding from as far south as Upper Camster in the hills above Lybster.