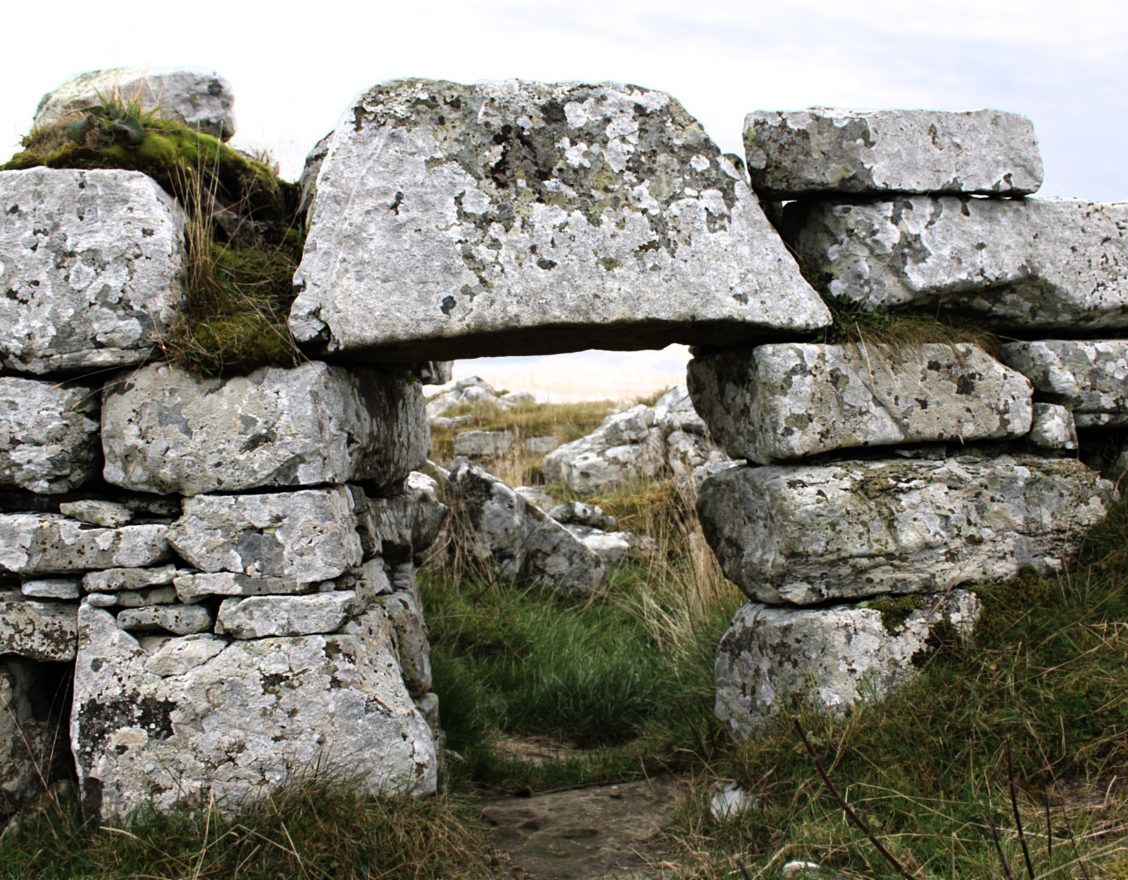 Wag of Forse Broch – so much more than a broch. This intriguing structure, set in a historic landscape, is a great place to visit. The best place to park is Forse of Nature, which itself has a lovely cafe and shop. Livestock are sometimes kept on this field, so please stick to the Scottish Outdoor Access Code.

Wag of Forse is a fascinating site, and it is thought that the complex of stone walls here would have been a broch at one point, something which may become faintly apparent from aerial views of the monument. The site ‘was partially and rather clumsily excavated between 1939 and 1948’, though, so it may seem quite confusing to look at! The broch itself seems to have been built over and re-incorporated into later structures – some of which are known as ‘wags’.

This name may have been taken for the Gaelic for cave, ‘uamh’, which would at least indicate a kind of roofed structure. The ‘wags’ in question are in fact types of aisled or galleried dwellings, longhouse-style structures with upright stone pillars which would have supported a roof. Wags are generally associated with periods after the zenith of broch construction, and so have come to be thought as Pictish constructions.

There is much to be understood about this site, however; some have suggested it is a special sort of ‘dun’ rather than a broch, and some have remarked that it may simply be a cattle enclosure. Affixing a date on its construction has been made difficult by finds without contexts – perhaps archaeologists in the future will return to this site to provide more clarity.

You can find out more about Wag of Forse broch, as well as other archaeological and historical sites, on Canmore, Scotland's historic environment record.

A whorl, used for spinning, was recovered from below the floor of the circular structure (possibly a broch). The whorl had been created from a human femur!