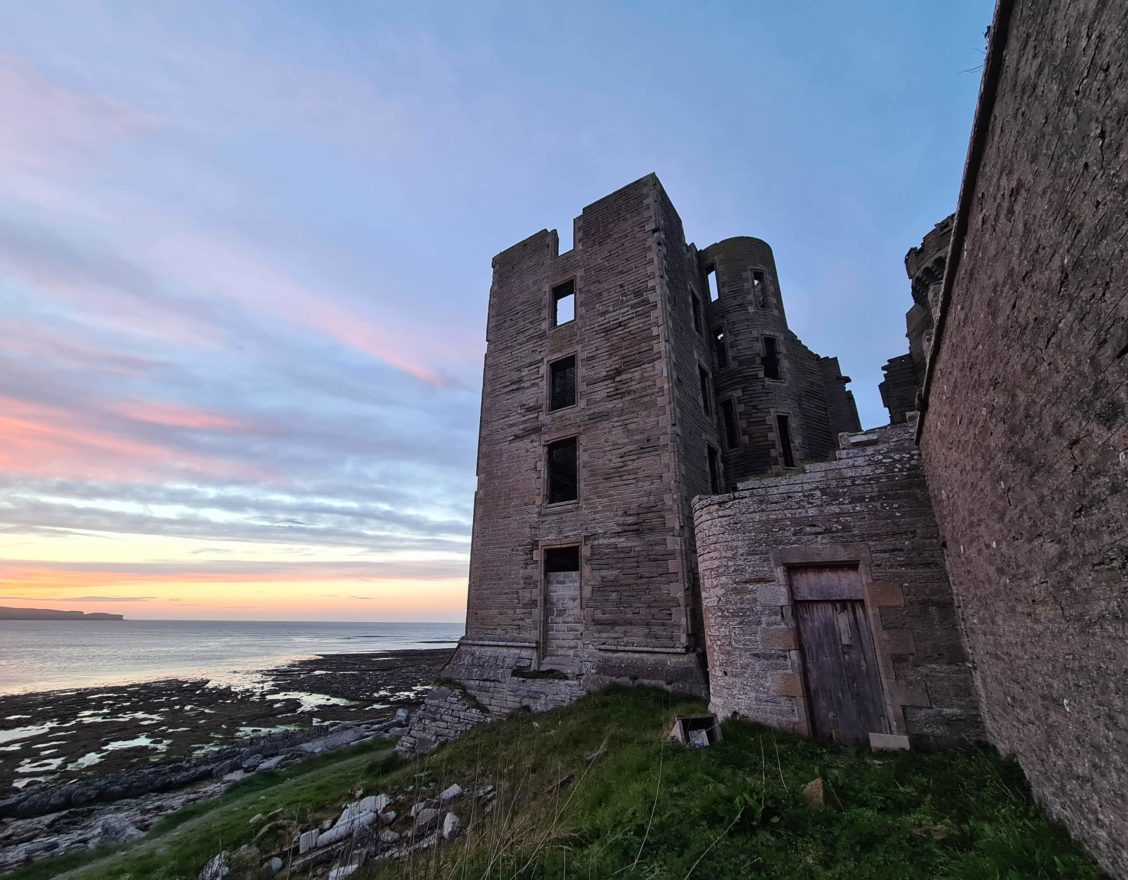 Situated on the main sea route between Norway and the Western Isles, Thurso Castle began life as a Viking stronghold. Later, it was owned by the powerful Sinclair family and was substantially rebuilt in the 1660s. In the late 19th century, the entire building was redesigned as a Gothic style mansion – but the build quality was poor and for safety reasons, much of the structure was demolished, leaving the ruins visible today. However, one part of the old castle is still occupied and is the home of the current Viscount Thurso.

The first fortification at Thurso was raised by the Vikings, probably in the form of an earth and timber structure that was recorded in 1157 as ‘the Thorsa Castle’. Norse presence dominated the north and west coasts of Scotland until the mid-13th century, with Thurso chosen as a key residence to serve the Earls of Orkney and Caithness. The name Thurso originates from Old Norse, and translates as ‘Thor's River’.

By the 17th century, vast swathes of Caithness and Sutherland were under the control of the powerful Sinclair family. Around 1660, George Sinclair, 6th Earl of Caithness, started work on a new castle to replace the former residence. During a long dispute with another clan, the Campbells of Glenorchy, the castle finally returned to the Sinclairs who have retained ownership ever since.

The castle was substantially rebuilt in 1872 by Sir Tollemache Sinclair. Much of the original castle was either demolished or incorporated into the new structure: a Scottish Baronial Gothic Mansion. But this was poorly constructed, and in 1952 many parts of the building were taken down for safety reasons, leaving only the sections visible today.

The part of the castle that remains habitable today is the home of the third Viscount Sinclair, also known as John Thurso, who succeeded to the title in 1995. A Liberal Democrat politician, he lost his seat in the House of Lords after an Act of Parliament in 1999, but was elected to the House of Commons in 2001 – becoming the first hereditary peer permitted to sit in the Commons without first disclaiming his title. He held his seat until he was defeated in the 2015 General Election. In 2017, he was named Lord Lieutenant of Caithness.

The castle is on the east side of the mouth of the river at Thurso East. It can be accessed via the main A836 road to John O’ Groats.

You can find out more about Thurso Castle, as well as other archaeological and historical sites, on Canmore, Scotland’s historic environment record.

Former United States President, Ulysses S. Grant, visited the castle as part of his 1877 world tour – the first time a US President circumnavigated the world.