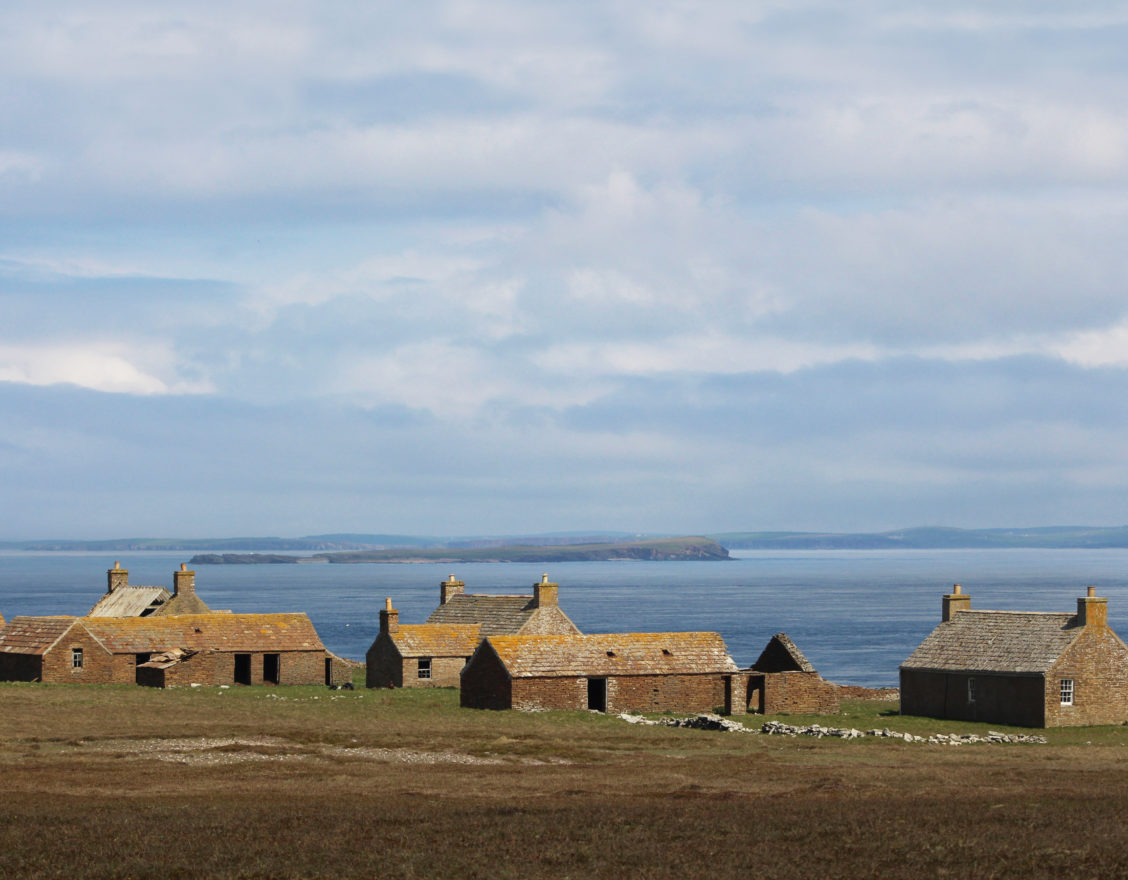 Stroma is an uninhabited island off the north coast of Caithness, between Dunnet Beach and John O' Groats – the most southerly of the islands in the Pentland Firth. It was home to around 300 people in the early part of the 20th century, but the harsh living conditions and the isolation saw the population dwindle and in 1962 the final residents left the island for good. It is now owned by the family of one of its former inhabitants, who use it to graze sheep. A lighthouse was built on Stroma in 1890 and still operates under automation.

Once a thriving community, Stroma’s only permanent inhabitants are seals, birds and sheep. The church, school, and about 50 old croft houses stand derelict.

Ancient stone structures testify to Stroma’s earliest residents, while a Norse presence around 900–1,000 years ago is recorded in the Orkneyinga Saga. Among the Norse structures is the ruin of Castle Mestag, in the south-west of the island. Stroma has been united with Caithness since at least the 15th century.

Although lying only 2 miles from John O’Groats, the savage weather and ferociously strong tides of the Pentland Firth meant Stroma’s population was very isolated, and was required to be largely self-sufficient, trading agricultural produce and fish with the mainlanders. Most of the islanders were fishermen and crofters; some also worked as maritime pilots to guide vessels through the treacherous waters of the Pentland Firth. The tides and currents meant that shipwrecks were frequent and salvage provided an additional – though often illegal – supplement to their income.

Most people lived in single-storey houses with two main rooms, called the 'but' and 'ben'. In such houses there was usually a small bedroom (called the 'closet') and a porch. The 'but' was the living room where all everyday family life took place; the 'ben', however, was only used on special occasions, like when visitors came.

Stroma’s population declined through the first half of the 20th century as inhabitants drifted away to seek opportunities elsewhere, with economic problems and isolation making life on the island increasingly unsupportable. Stroma's final abandonment came in 1997 when the lighthouse keepers and their families departed and the facility was automated.

Stroma is from the Old Norse Straumr-øy meaning "island in the [tidal] stream”.