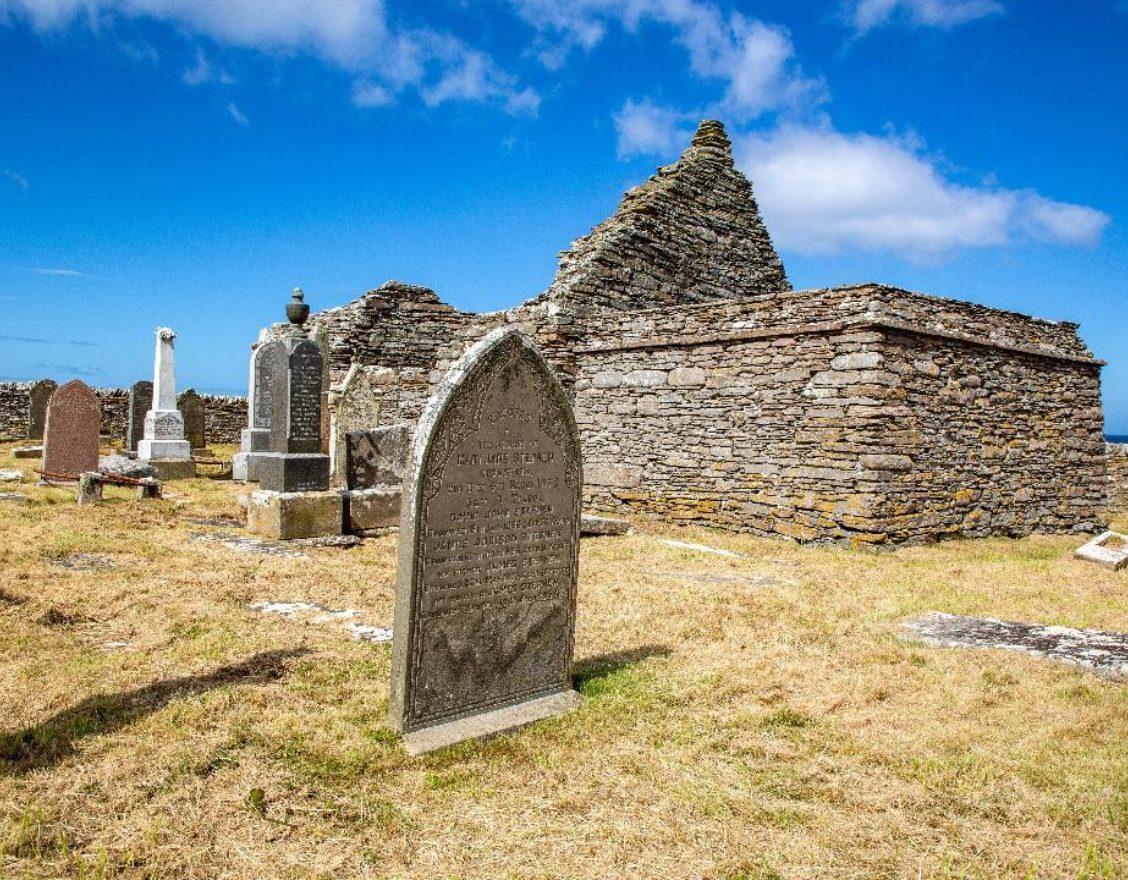 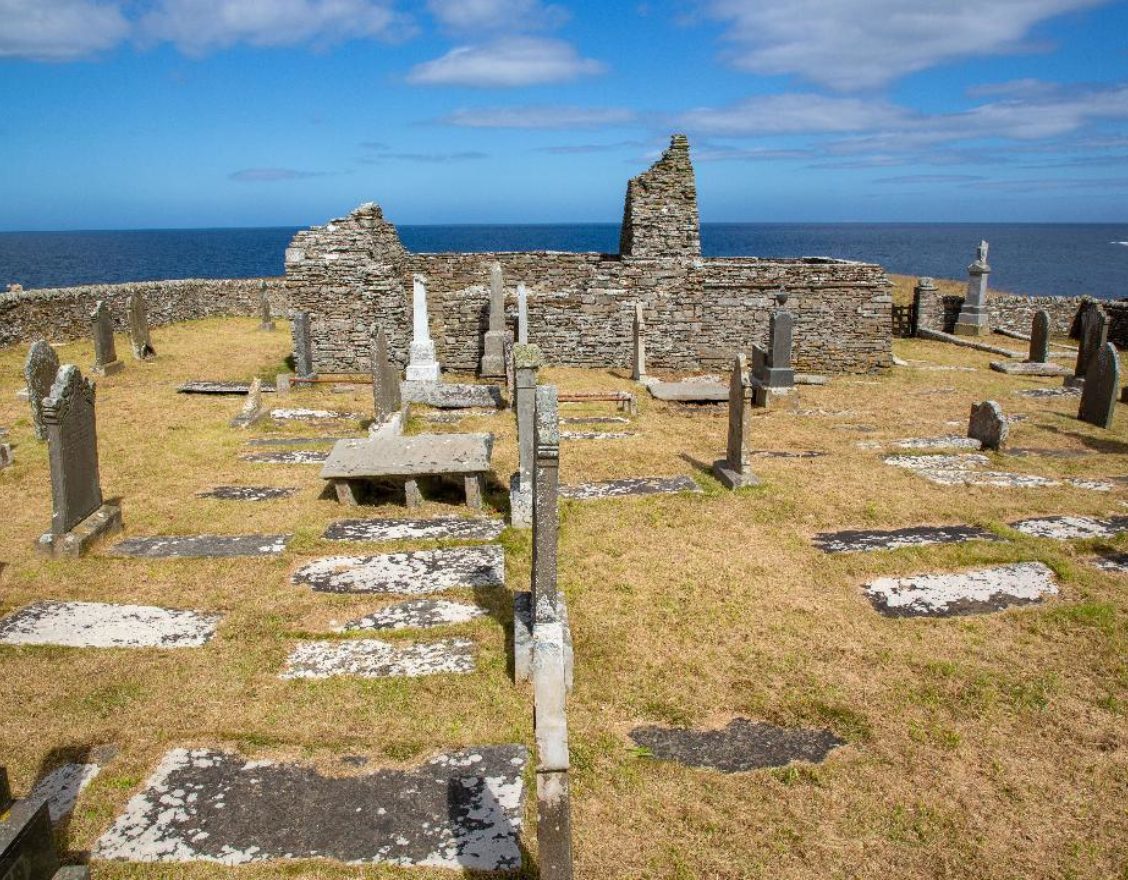 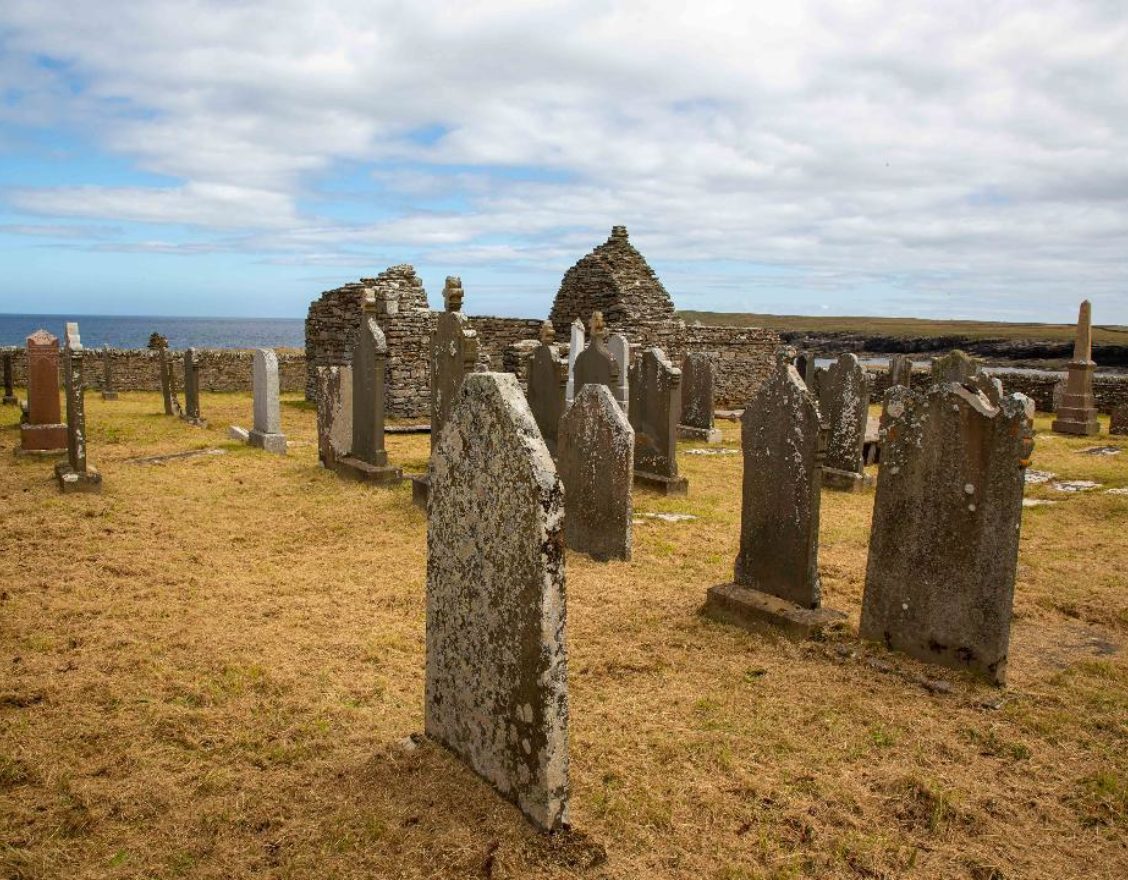 This simple stone chapel is the oldest ecclesiastical building in Caithness, dating to the 12th century. Seated on the cliff edge, it is an atmospheric and peaceful place to visit.

The church sits on an isolated cliff edge above Forss Water. The site can be accessed on foot only.

Access is via the signposted road towards Crosskirk off the A836, just before Forss House Hotel. At the very end of the single-track road, a small parking area marks the beginning of a waymarked route. The path is around 0.5 miles long and includes steps set in the hillside on its descent to Forss Water. A footbridge crosses the river here, and an interesting ruined building sits at the mouth of the river. After crossing the bridge, the path continues up onto the cliff top and along to St Mary’s Chapel. The path returns by the same route.

The chapel itself is thought to date to the 12th century, there may be evidence of occupation as far back as the 8th century. A Pictish symbol stone was found in the now-destroyed Crosskirk broch nearby.

Rectilinear in shape, the chapel features a nave and a reconstructed chancel. It is surrounded by a stone wall, also enclosing a graveyard which was still in use as late as 1872. The form is similar to the Norse churches of Orkney. Two long cist burials were found here during archaeological excavations.

The church was named St Mary’s after the holy or healing spring well around 15m to the south, which carries the same name.

You can find out more about St Mary's Chapel, as well as other archaeological and historical sites, on Canmore, Scotland's historic environment record.

Crosskirk broch was excavated between 1966 and 1972, before being demolished and earthed over. A cairn now marks its location.