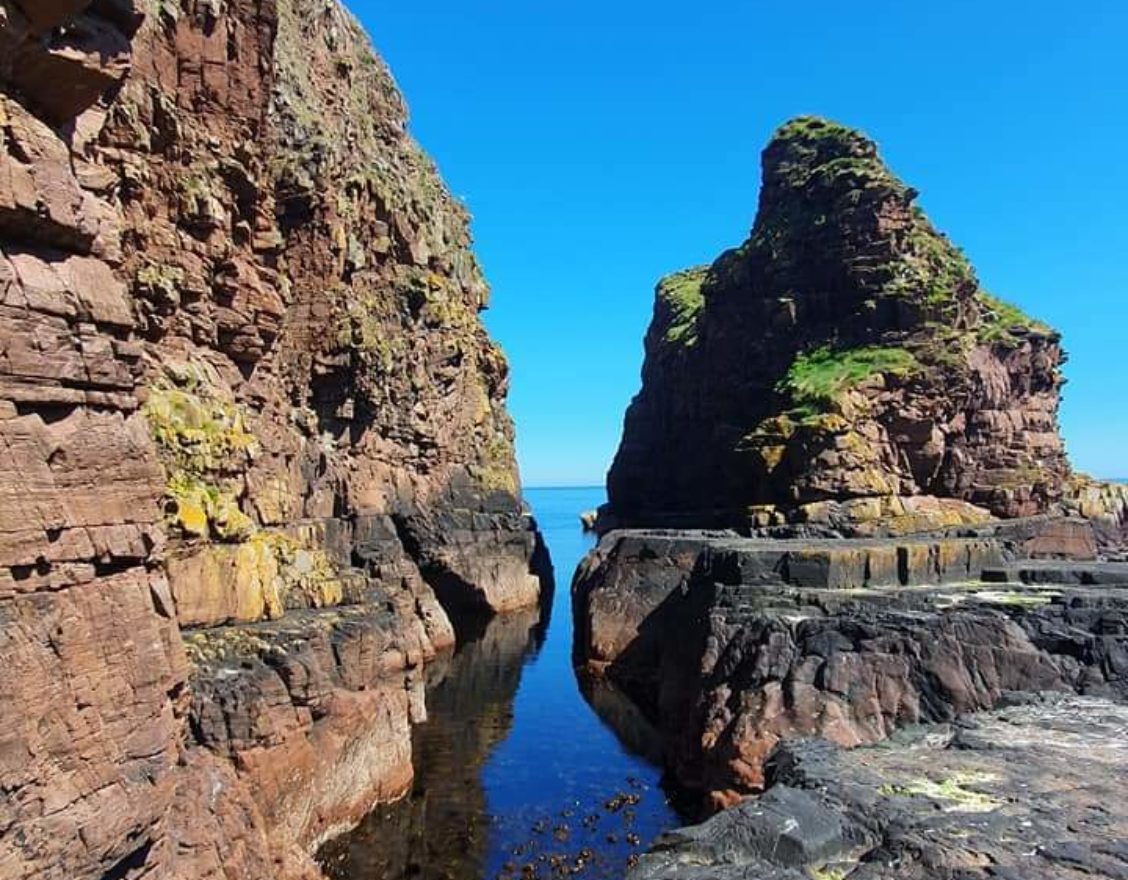 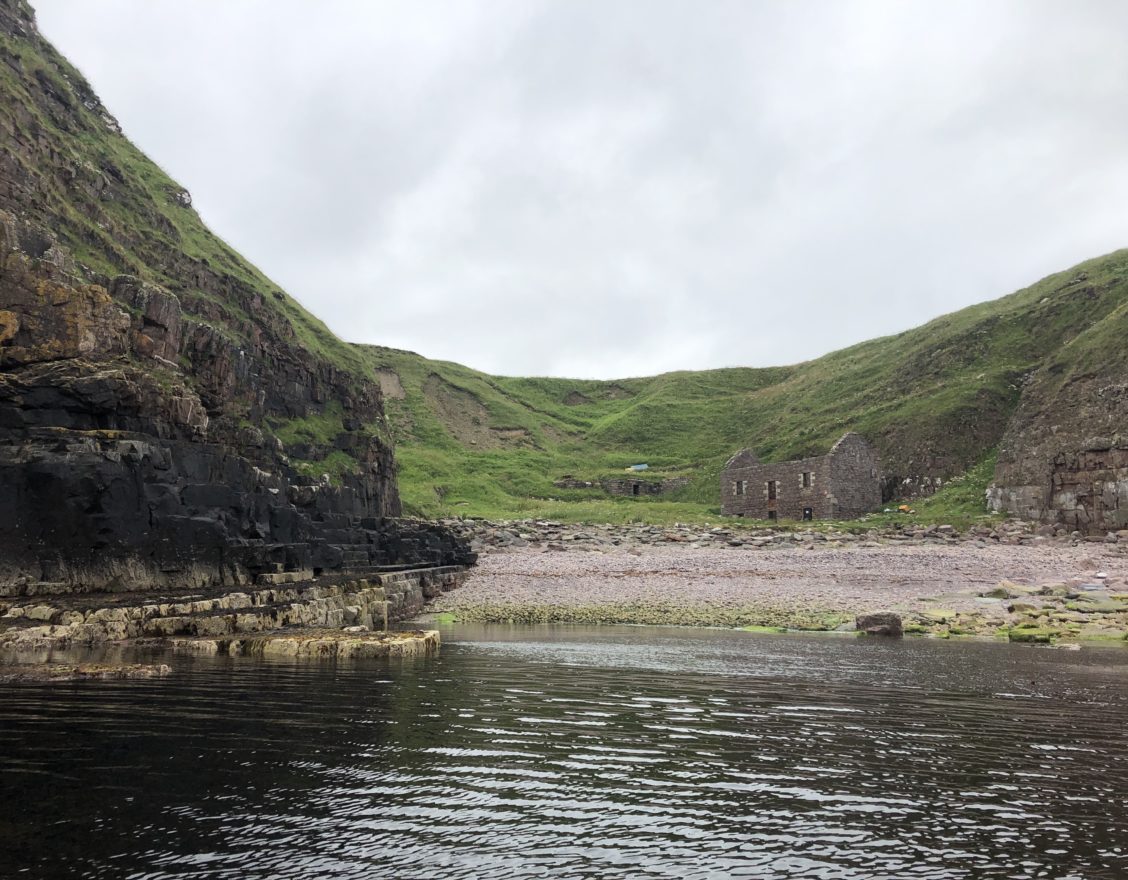 A tiny abandoned harbour, nestled in a picturesque cove and surrounded by steep cliffs. In autumn, seal pups can be spotted on the shoreline.

The early 19th century saw the herring boom sweep across the north of Scotland, transforming the Caithness coastline into a bustling hive of activity. At its height, it was said that the number of boats filling Wick harbour made it possible to walk from one side to the other across their decks! With portage at a premium, many smaller harbours were constructed around the Caithness coastline, making use of any safe haven where fish could be landed. Sarclet harbour was one such place; the small cove was once known as The Haven. Here, at the turn of the century, a harbour with breakwaters and slips for hauling boats out of the water was built, with stances set up on the quay for the ‘fishwives’ to gut and process the herring. These were then packed with salt into barrels before being shipped to Europe. A two-storey building was constructed to store gear and serve as offices, and on the clifftops along the road to the harbour a hamlet was built to house the workers and their families.

The rough seas took their toll on the tiny harbour, destroying the breakwater on more than one occasion. In 1834, cranes were brought in to position huge stones, shipped from Wick, around the harbour as protection. But even this was to no avail, and by 1887 the tiny harbour was finally abandoned and left to ruin.

Much has changed in the many years since herring were landed at Sarclet – becoming a secluded cove where a colony of grey seals give birth to their young each year. Remains of the old harbour can still be seen along the shoreline: boulders have been washed up against the abandoned storehouse, and the cast-iron capstan used for hauling boats up the slipway sits near the well. A mile north along the coastline is the tallest sea arch in Britain, called ‘The Needle’.

Touching or even getting too close to a seal pup can leave your scent on it, which may cause its mother to abandon it. Please take care and respect our wildlife – do not disturb them!