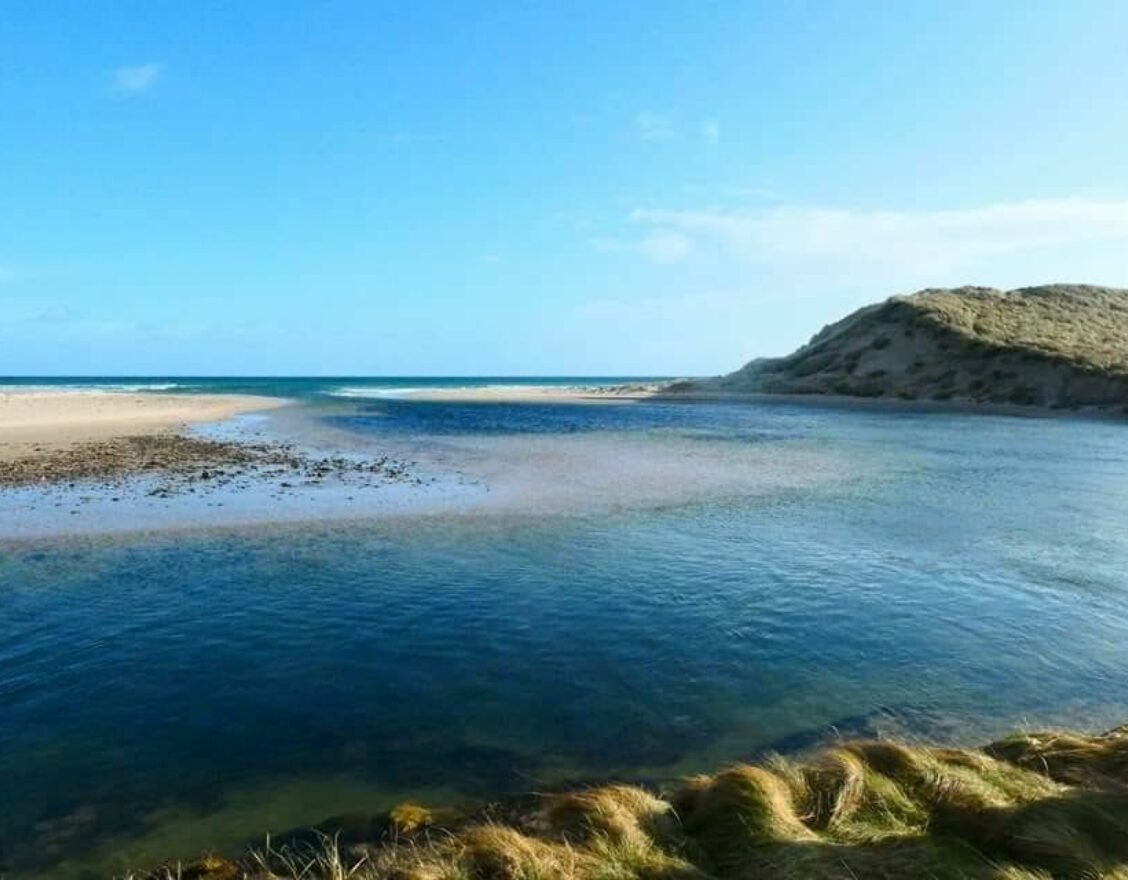 A beautiful sandy beach, which connects to Keiss Beach; Reiss Sands, also known as Reiss Beach, is the more popular of the two. Notable for the shipwreck of the Jean Stephen, which ran aground in 1958.

Reiss Sands, a long sliver of dune-laden beach where the North Sea waves lap against the shore, is an excellent place to go and stretch your legs or make a sandcastle (or maybe even a sand-broch?). The beach continues north until a stream is found - at this point Reiss Sands becomes Keiss Beach. Waterproof shoes or wellies will aid you in crossing this small and shallow burn, and a longer walk will certainly provide you with an enjoyable stroll.

Reiss Sands is notable for the wreck of the Jean Stephen, which ran aground in 1958 - serving as a reminder that despite the tranquil nature of the beach, the area is still very much subject to the whims of nature and the weather. A fierce winter gale had whipped up over the coast on the 18th January 1958, and several trawlers sheltered in Sinclair's Bay. However, the Jean Stephen started to be driven ashore around 9pm. The boat, highlighted by red flares shot into the sky by the distressed crew, was rolling dangerously in the surf.

Wick Coastguard's attempts to save the vessel were hampered by the snowy ground conditions: they were literally stopped in their tracks by the WW2 anti-tank ditches! There was nothing for it but to manhandle the gear over the rough snow-covered hummocks, steep frozen sand slopes, holes and pits, all made treacherous by deep and drifting snow. Fortunately by 2.30am, with assistance from the lifeboat, the tide had started to ebb back towards the sea, and with the boat in no immediate danger, the crew came ashore by breeches buoy.

Interestingly, the Jean Stephen had been involved in the resuce of the Koorah in 1954, which was lost near Dunnet Head, at Sherrie Geo. All twelve men, from Aberdeen, were thankfully saved.

To this day the Jean Stephen remains a fitting physical tribute to the bravery and treachery involved with life on the sea, even if a ship seems protected and sheltered.

In 1933, within an apparently natural mound of sand at Reiss Beach, 4 cists containing human remains were discovered.