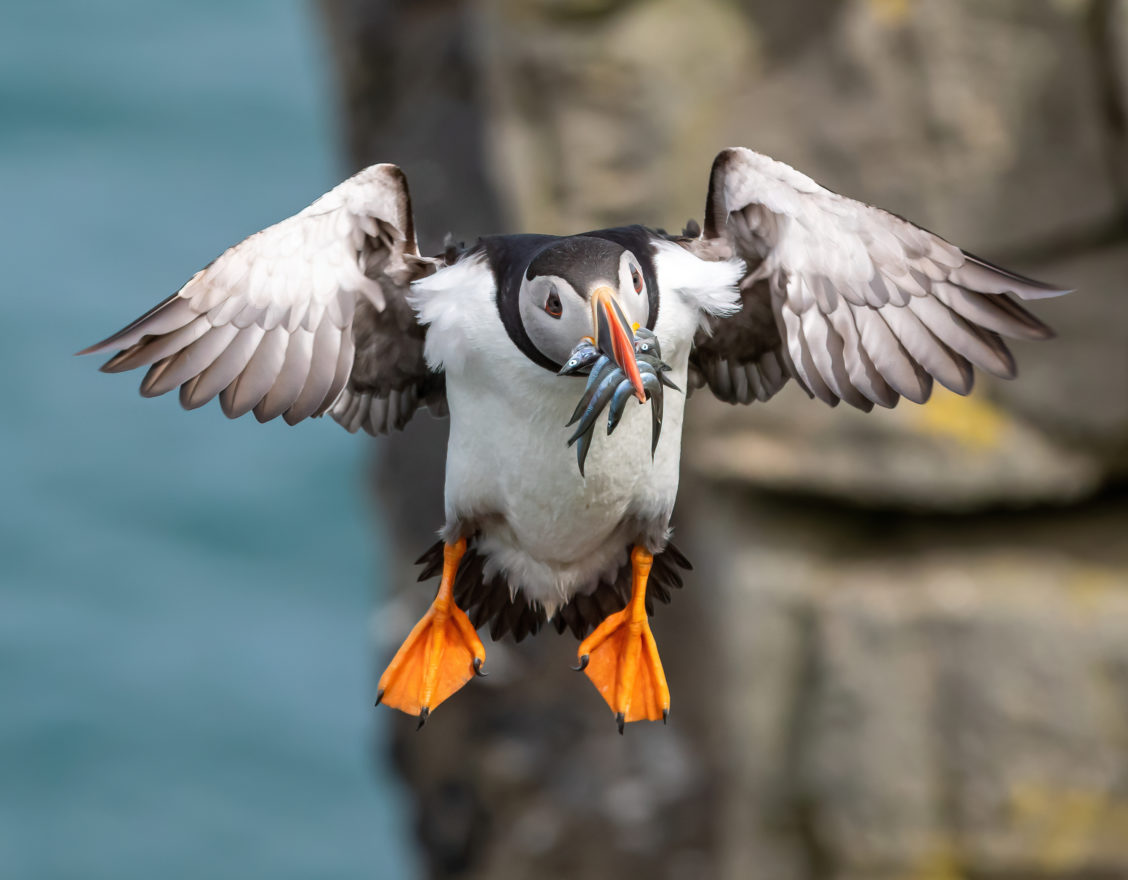 Puffins are summer visitors to Caithness, sometimes nicknamed the ‘clowns of the air’ because of their brightly coloured bill and comical appearance. Unlike many other seabird species who choose to nest on rocky cliffsides, puffins dig clifftop burrows where their chicks (called pufflings) spend around six weeks before flying out to sea for the first few years of their lives. These beautiful birds usually arrive in late March and stay until the end of August – you can often spot them at Duncansby Stacks and Dunnet Head, alongside other marine species such as fulmars, kittiwakes, guillemots, and razorbills.