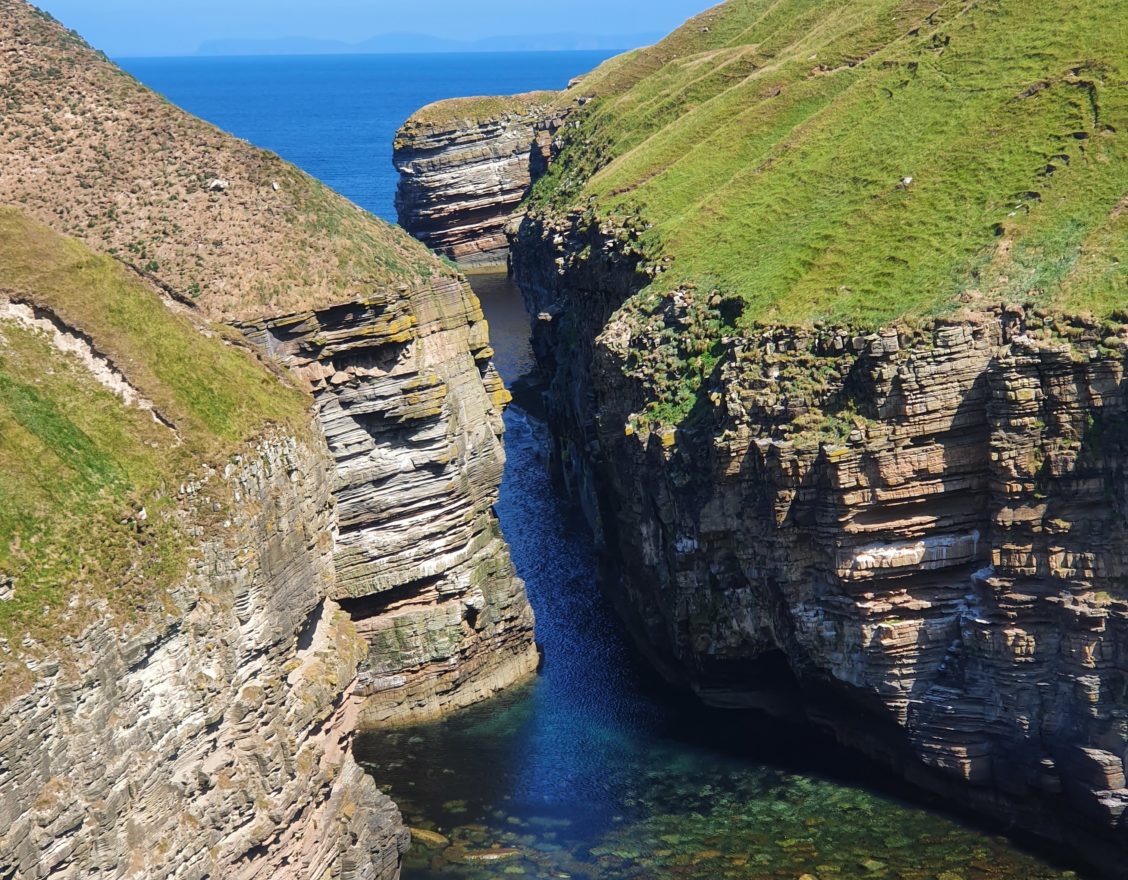 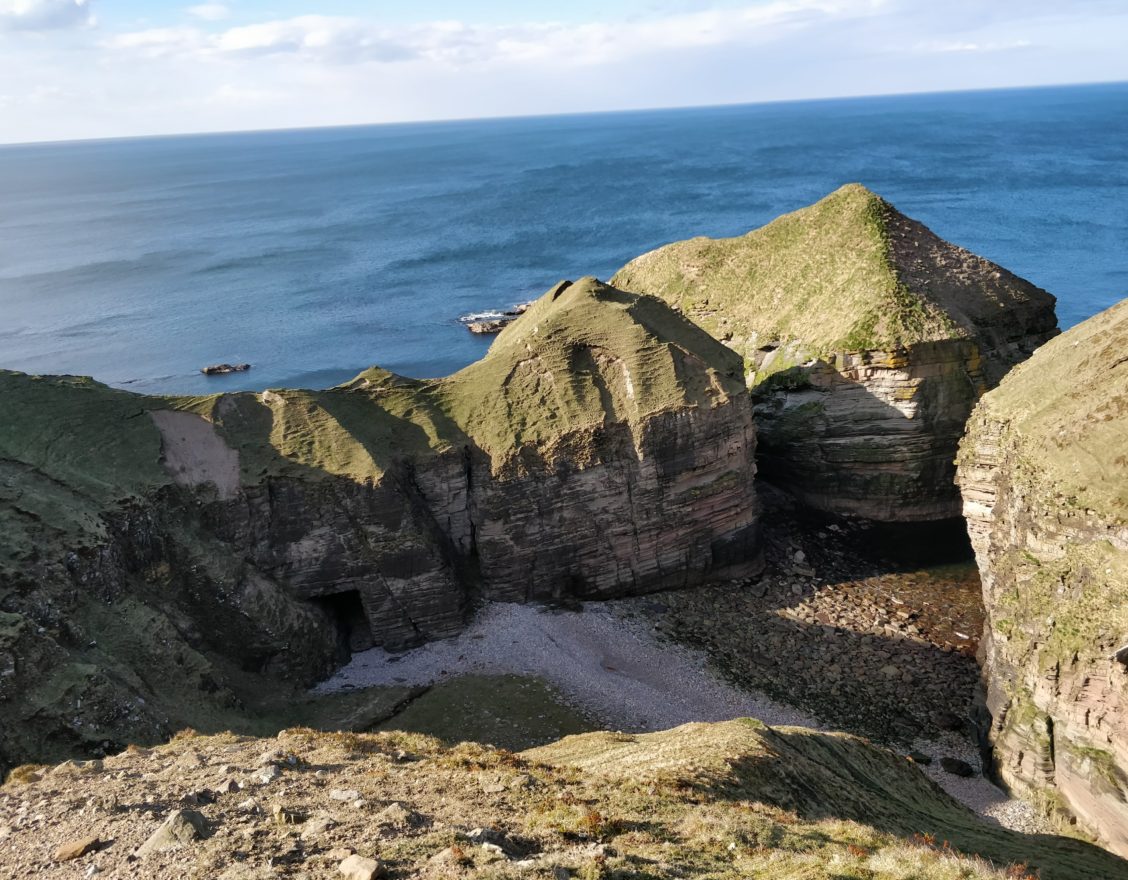 Puffin Cove lies on the border between the counties of Caithness and Sutherland, and is home to a large colony of seabirds - including its ever-popular namesake! A short walk will reward you with a quietly spectacular cove, and cliffsides full of nesting birds at certain times of the year.

Puffin Cove (or Drumholistan) is a hidden gem where you can enjoy some of Caithness' fantastic coastline and wildlife. The cliffs themselves are spectacular, but the true stars of the show are the puffins and other seabirds who nest on the sheer cliff faces between early spring and autumn.

Park in the layby just by the 'Welcome to Caithness' sign on the A836. From here, it is a short 20m walk to the coastline, but beware that this is boggy ground with a minimal path. Upon reaching the coast, it is possible to descend to the small cove below, but both routes are steep and can be waterlogged. Note that some patches of the bog can be surprisingly deep - so mind your footing!

Puffins' iconic bright beaks gives them a comical appearance, so much so that they are often called "the clowns of the air"!