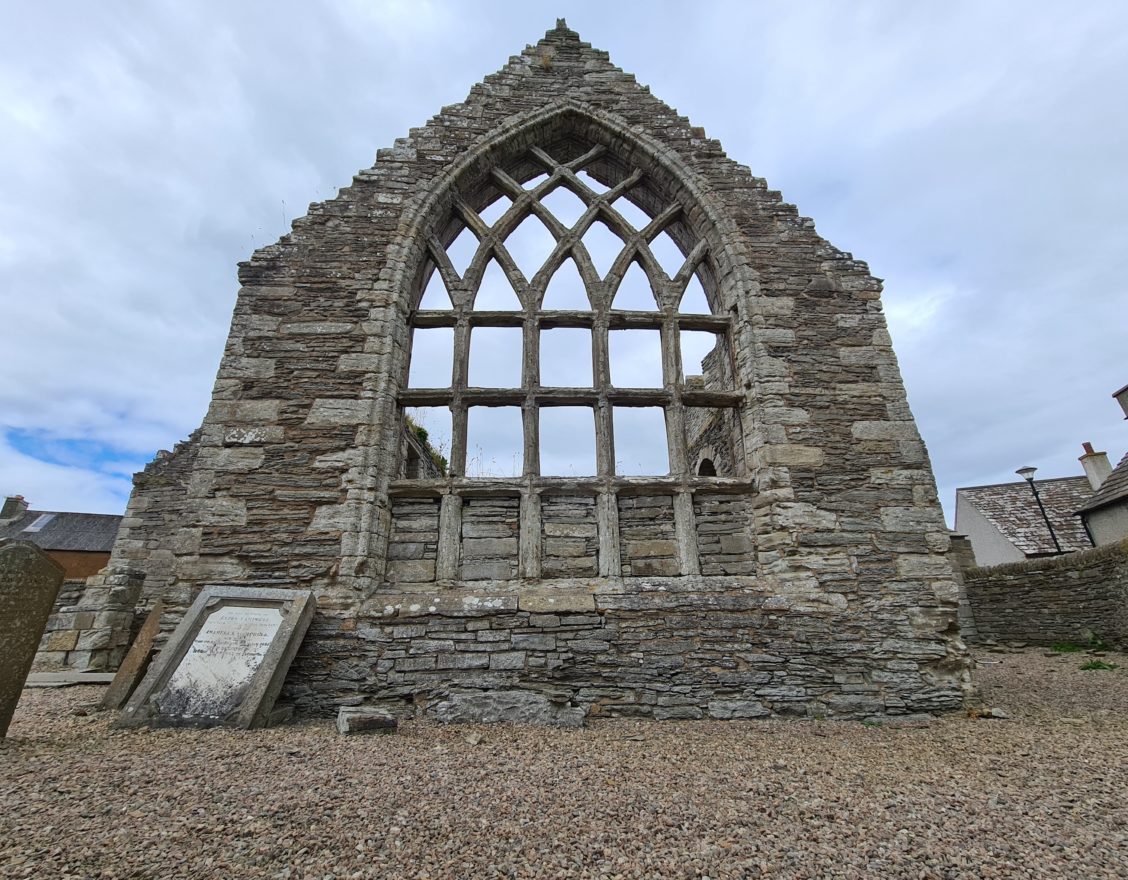 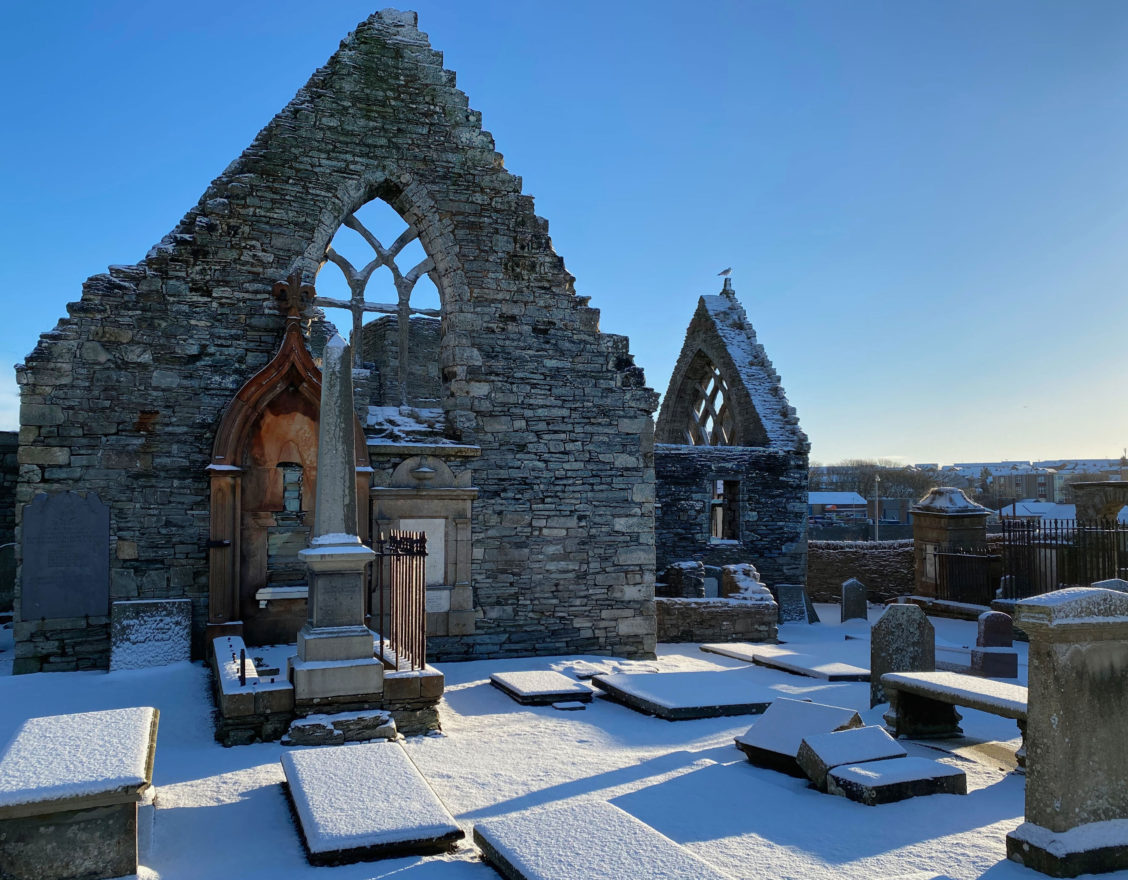 One of Thurso's oldest buildings, this kirk has a resplendent carved stone window and numerous interesting graves.

A ‘proto-Cathedral’ for the Caithness diocese, parts of this church likely date to the early 1100s, though most of the structure is from the mid-17th century. In the western wall of the burial ground is a tablet with initials TW and GC with the date 1357 - although the date and initials bear the characteristics of a later date, probably 16th century. Of note, however, is the magnificent traceried window which can be found to the south.

Time, though, has not been kind to Old St Peter's Church, sadly: In 1786, complaints were being made that dung from farms were being dumped over the wall of the Church with the outcome of the dung covering most of the grave stones in the cemetery. The church became somewhat neglected, and it found use by the sheriff and magistrates of Thurso for a courthouse and prison, and even had a dungeon! In 2013, vandals knocked over a number of headstones.

Fortunately, the Old St Peter's Church Preservation Society was formed in 2014 to maintain and promote the site.

You can find out more about Old St Peter's Church, as well as other archaeological and historical sites, on Canmore, Scotland’s historic environment record.

In 1989, during survey work, a rune-inscribed stone was discovered almost 8m above ground level in the outer western face of the tower. The stone is a large part of a cross-slab which is likely originally to have been about 0.4m wide but which has been trimmed for re-use. Face A bears an incised equal-armed cross with expanded terminals, face B is missing, face C has possible traces of relief carving, and face D is incised with a memorial inscription in runes. The reading of ‘(G)unnhildr his wife’ has been suggested!