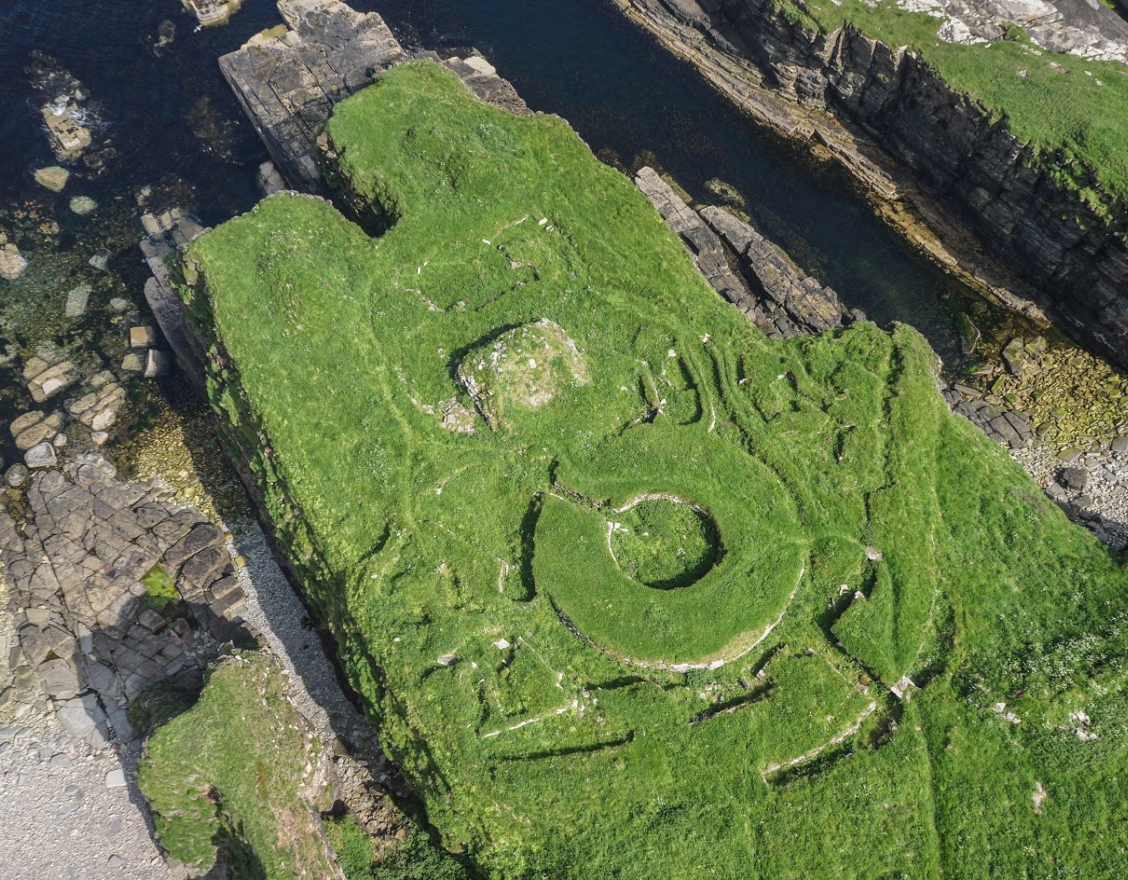 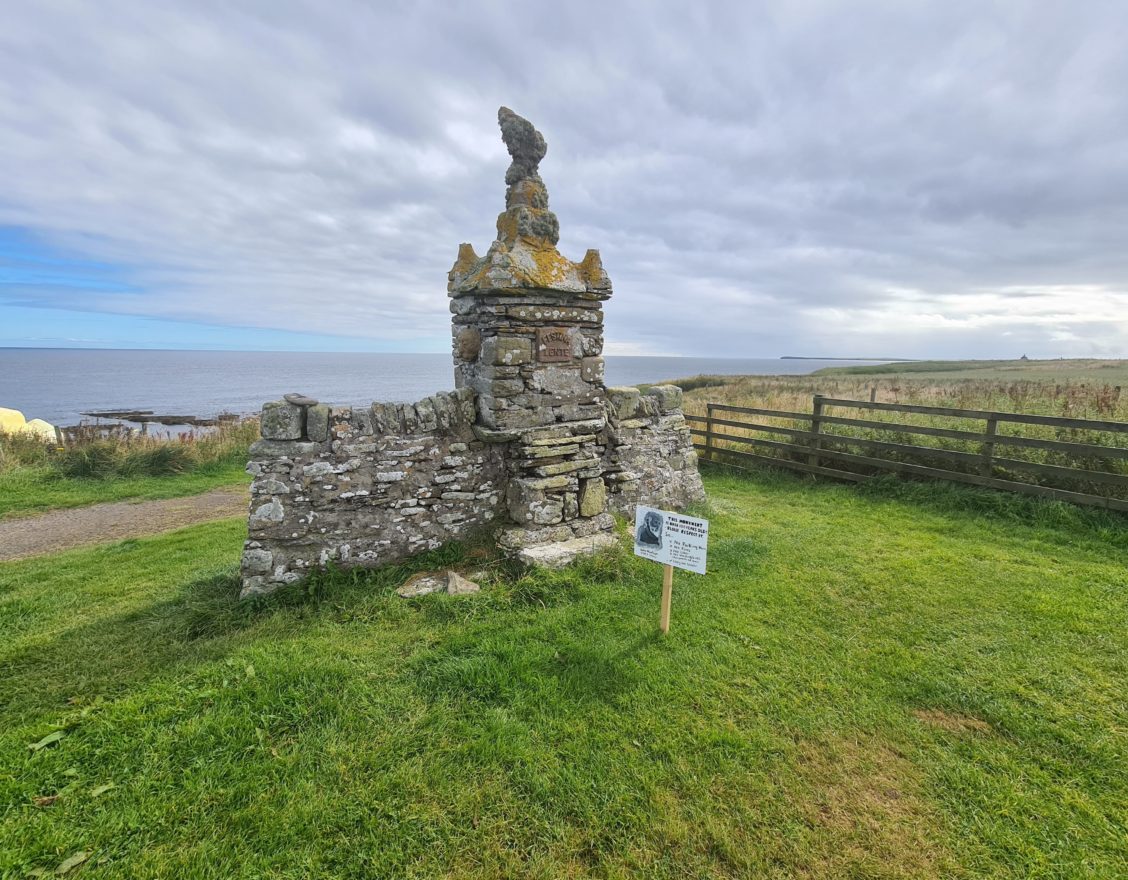 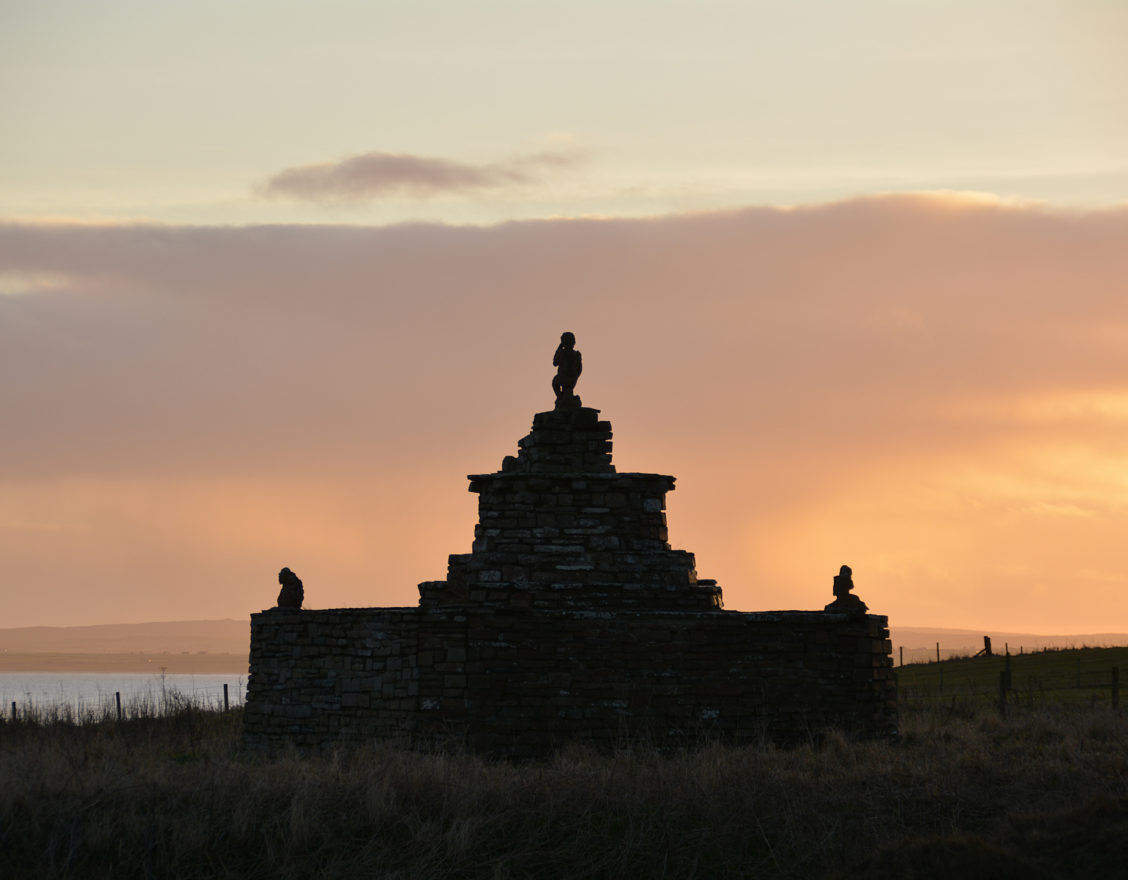 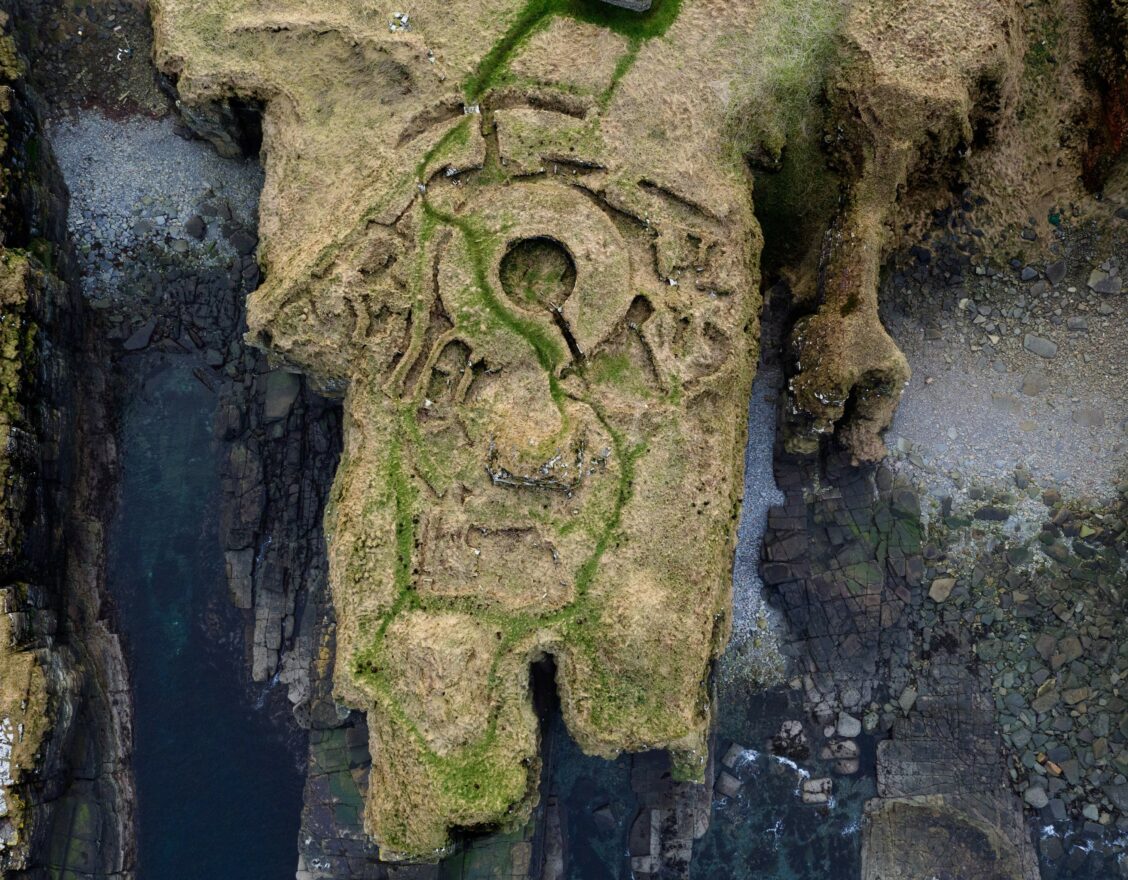 An impressive broch with a multi-period surrounding settlement, one of the easiest of its kind to visit in Caithness. Take a short walk along the coastal path and admire both the archaeology and the beautiful views!

Nybster Broch, located in Auckengill, is one of the most accessible Iron Age settlements in Caithness. Excavated and partially cleared in the 19th century by Sir Francis Tress Barry, the remains of outbuildings and a curved ditch and are visible surrounding the base of the main tower. Many are thought to be contemporary with the broch, unlike the later structures seen at sites such as Yarrows or Wag of Forse.

The broch was probably built in at least two phases between 200 BC and AD 200, but there is evidence of later reuse, possibly by Pictish and more notably by Norse occupants, particularly of the surrounding buildings. The central court measures 7m in diameter, surrounded by a 4.3m-thick wall, and is accessed from the north-east. Various finds have been reported from excavations, including combs, awls, stone discs and vessels, quernstones, crucible fragments, and a bronze spiral finger-ring. While the tower lacks any intramural features (such as cells or staircases), it is possible that these were located higher in the structure and no longer survive.

The site was re-excavated in 2005 and again in 2011 as part of a community archaeology project. Interestingly, those in 2011 revealed an occupation layer underneath the broch itself, suggesting that it was built on an already inhabited site – although for how long remains a mystery.

Near to the broch are a number of monuments created for Tress Barry, with carvings created by John Nicolson, his foreman. The most exorbitant of these is extravagant of these is 'Mervyn's Tower', possibly created for Barry's nephew - this monument was made with spoil from the broch itself, and is adorned with numerous strange and fantastical carvings.

You can find out more about Nybster Broch, as well as other archaeological and historical sites, on Canmore, Scotland’s historic environment record.

Despite Nybster’s northerly location, Roman artefacts – including a decorated pottery bowl and a faience bead – have been found at the site. How might they have got there?