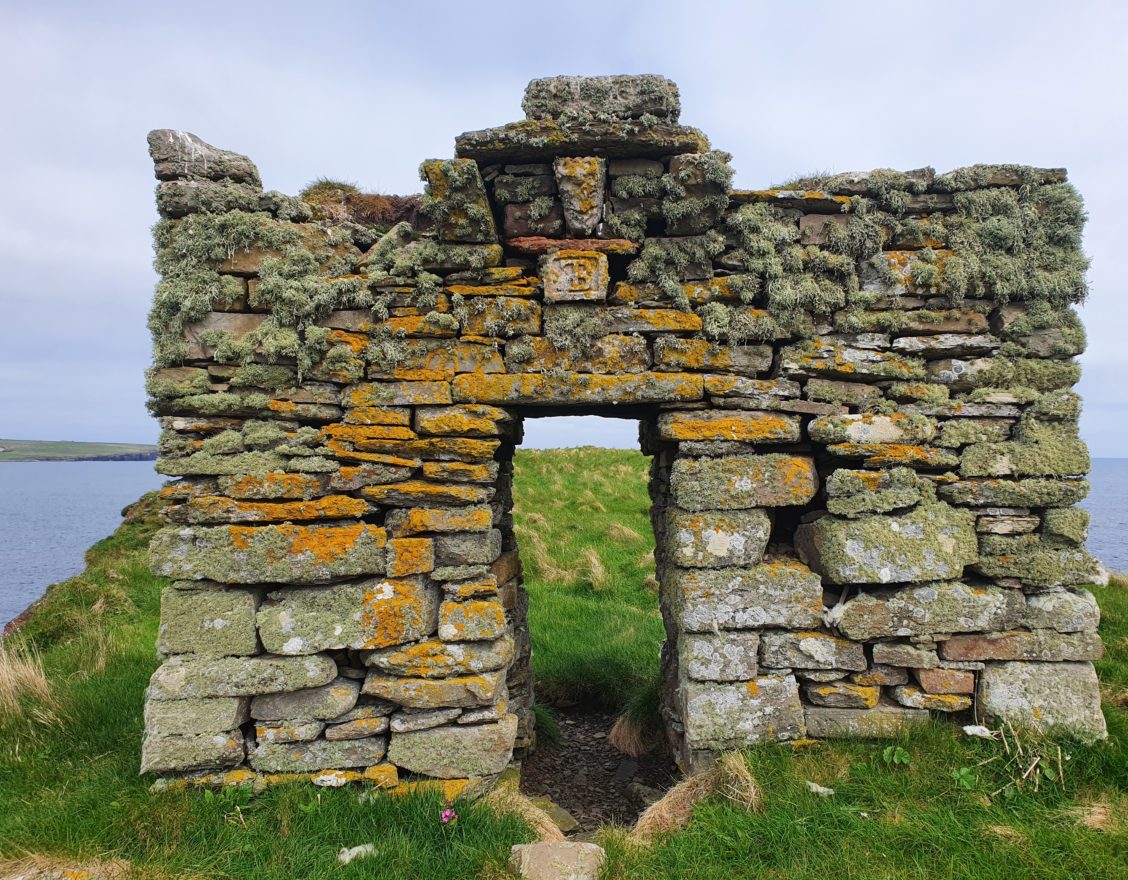 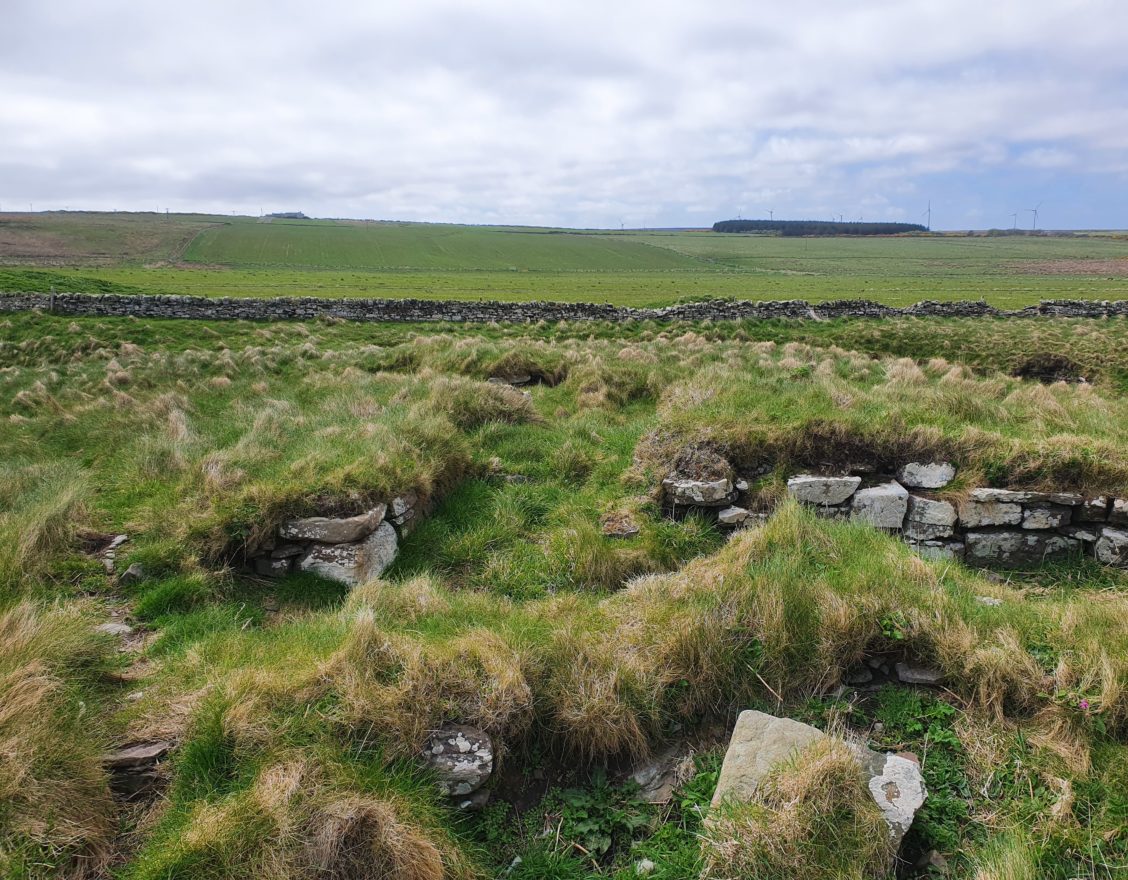 An unusually small, solid-based broch positioned on a natural promontory overlooking Freswick Bay – also used as a hideout by a Viking adventurer!

Ness Broch, situated on the landward end of the Ness of Freswick promontory, is a small 2nd to 3rd century broch and surrounding settlement, cut off from the mainland by a substantial wall and probable external ditch. The site was first excavated by Sir Francis Tress Barry between 1890 and 1901, and re-excavated by Mackay in 1972. The former uncovered the remains of a slab-covered well immediately outside the wall by the entrance, some 2.9m deep and reached via a set of stairs.

The broch has been heavily weathered, and substantial erosion has occurred to the promontory itself, such that features are difficult to recognise. The central court measures approximately 6.6m in diameter, surrounded by a wall 4.6m thick; two possible entrances, one with a guard cell, as well as another intramural chamber, have also been identified. Some suggest that one of entrances may have been a later addition as the site ceased to serve a defensive role, with that on the landward side added for ease of access.

Finds from the two excavations include quernstones, stone and pottery vessels, polished pebbles, bronze ingots and moulds for casting them, bronze and bone pins, and links from a bronze chain.

You can find out more about Ness Broch, as well as other archaeological and historical sites, on Canmore, Scotland’s historic environment record.

Ness Broch is mentioned in the Orkneyinga Saga under the name 'Lambaborg', in 1143 – supposedly where Viking adventurer Sweyn Asleifsson stood siege.