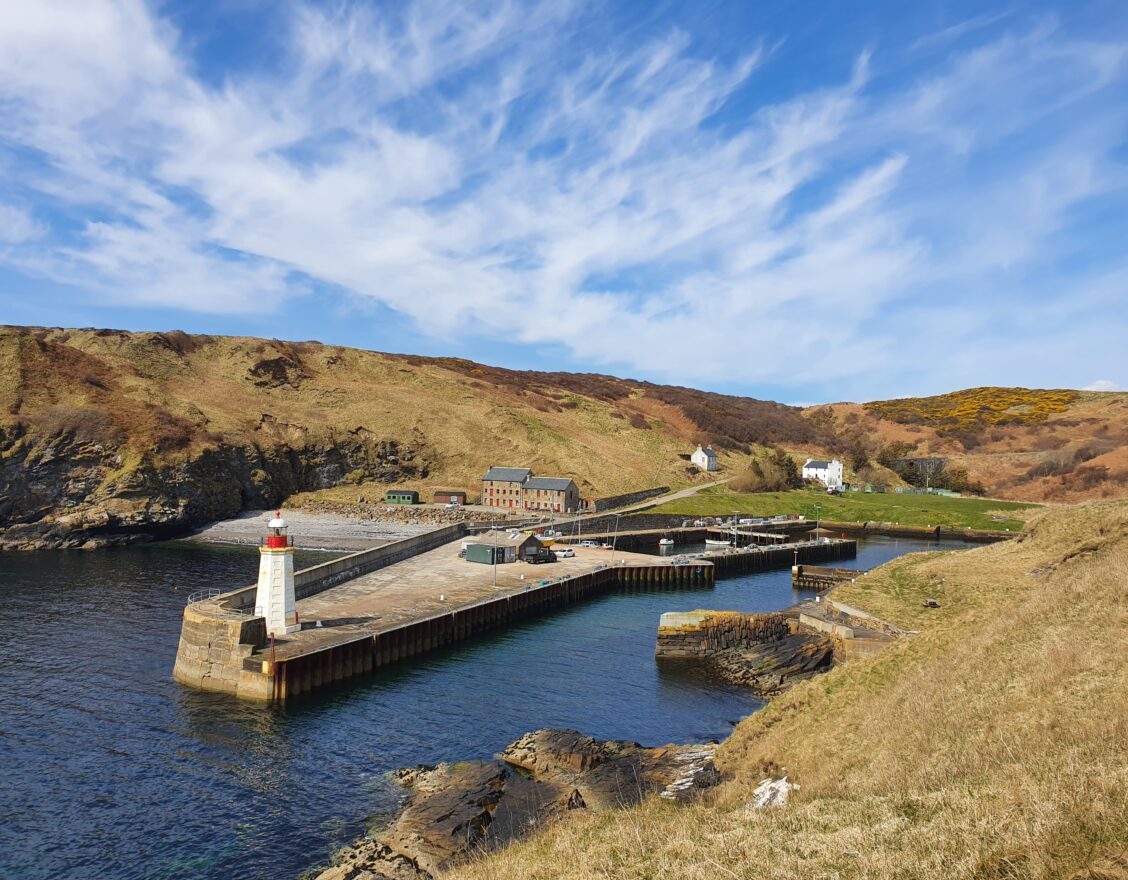 A historic harbour, with heritage centre, cliffside walks and a charming lighthouse.

Lybster Harbour is at the heart of the story of Lybster village; it was here that in the late 1790s that a small fishing pier was constructed: by 1859 the harbour could boast over 350 fishing boats, making it the third-busiest port in Scotland at the time! A clue to the success of this harbour can be spotted on your way there - look how wide the main street of the village is! This reflects the number of carts and carriages which would trundle up and down the street, supplying the local towns and villages with fresh fish.

Despite Lybster's connection to the national rail network in 1899 (later removed after the Beeching Cuts in the 1960s), a decade of decline followed, only for the World War One to reverse the fortunes of the harbour - albeit temporarily. By the 1920s seine nets were introduced to the Lybster fleet, and eventually sail was phased out in favour of diesel power. This resulted in a prosperous fishing fleet, justifying the building of a new inner harbour in 1950. By the 1980s, however, quotas caused the harbour to fall into decline. The last of the fleet's vessels, Morvenna, was sold in 1992.

Today the harbour has only a handful of small craft chugging in and out, accompanied by a chorus of cormorants, seagulls, and other seabirds. You can enjoy this scene from the comfort of the fine heritage centre; Waterlines Heritage Centre tells the story of the harbour in more detail, and also makes some of the best crab rolls you'll ever taste!

An historic well, 'The Brethren Well', can be found a short walk from the harbour. 'the Brethren' often refers to St's Peter and Andrew.

The harbour served as a filming location for the Netflix series 'The Crown', acting as Falklands' Port Leith. Locals played roles as extras!