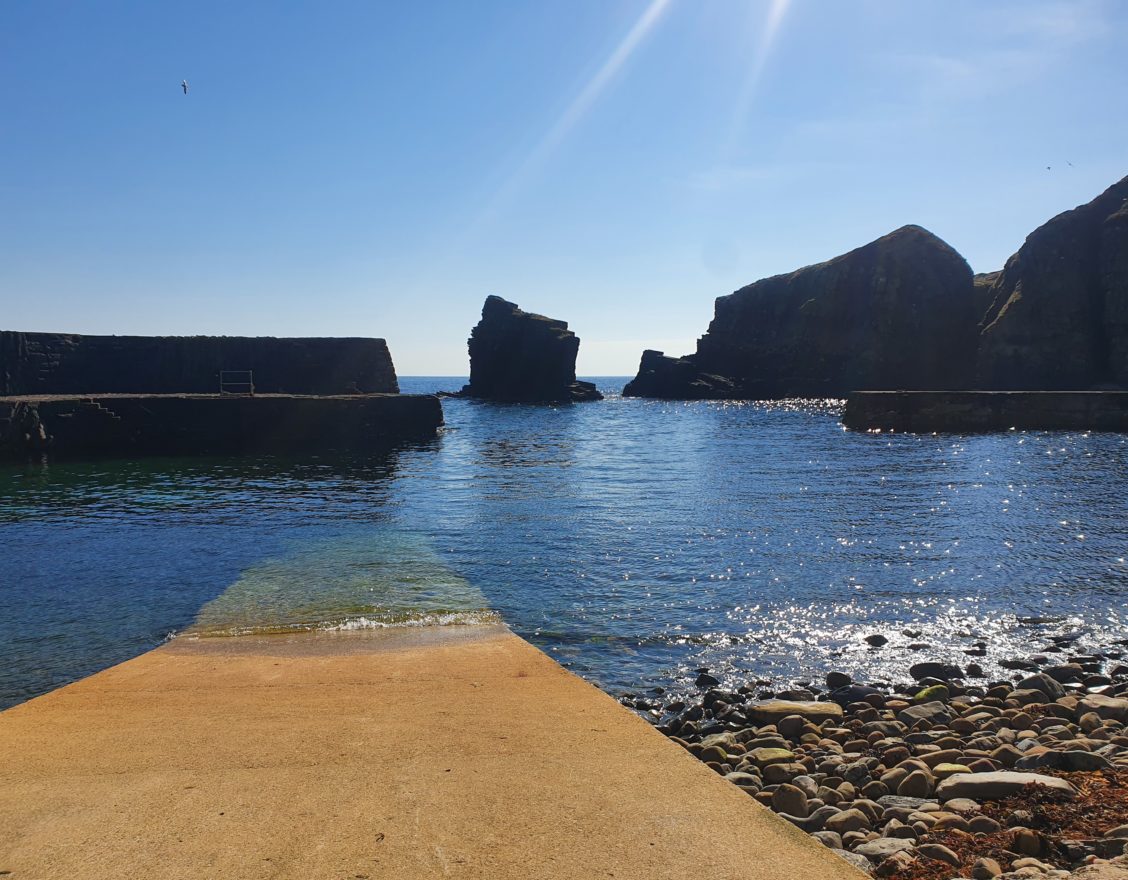 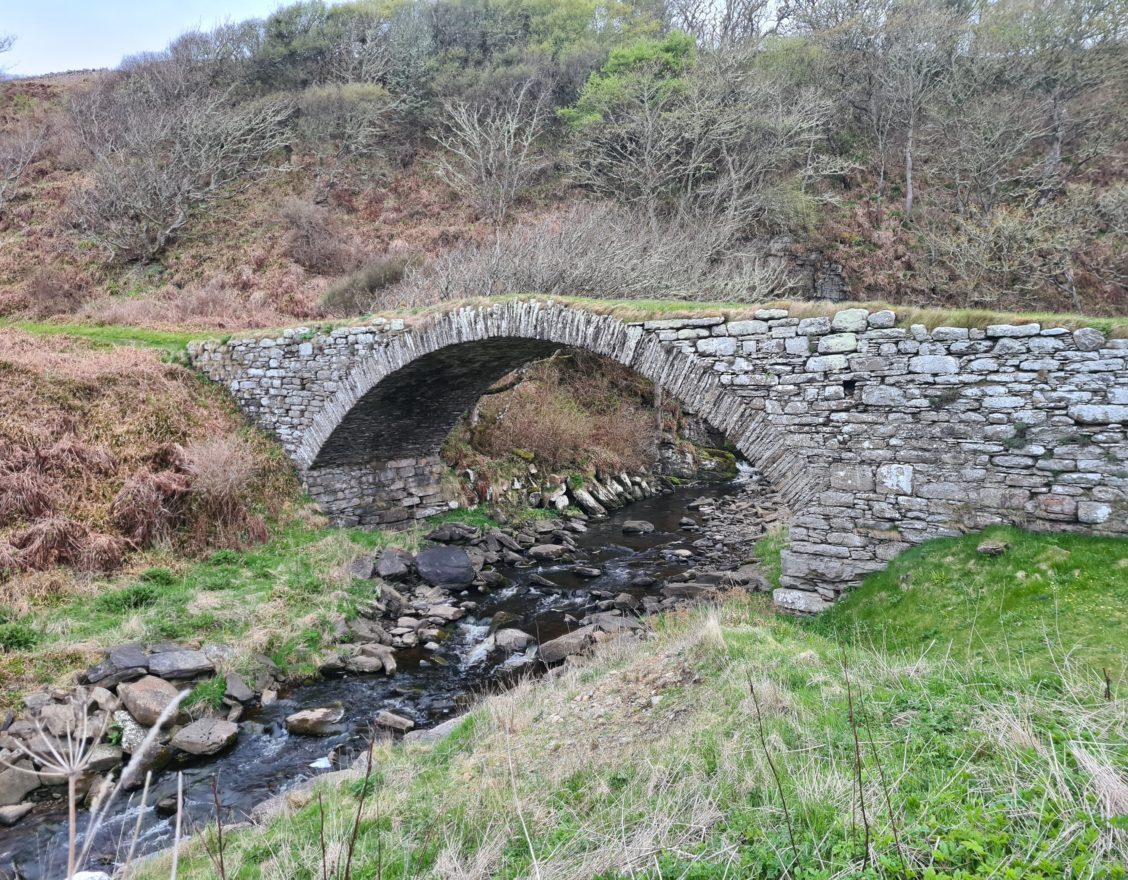 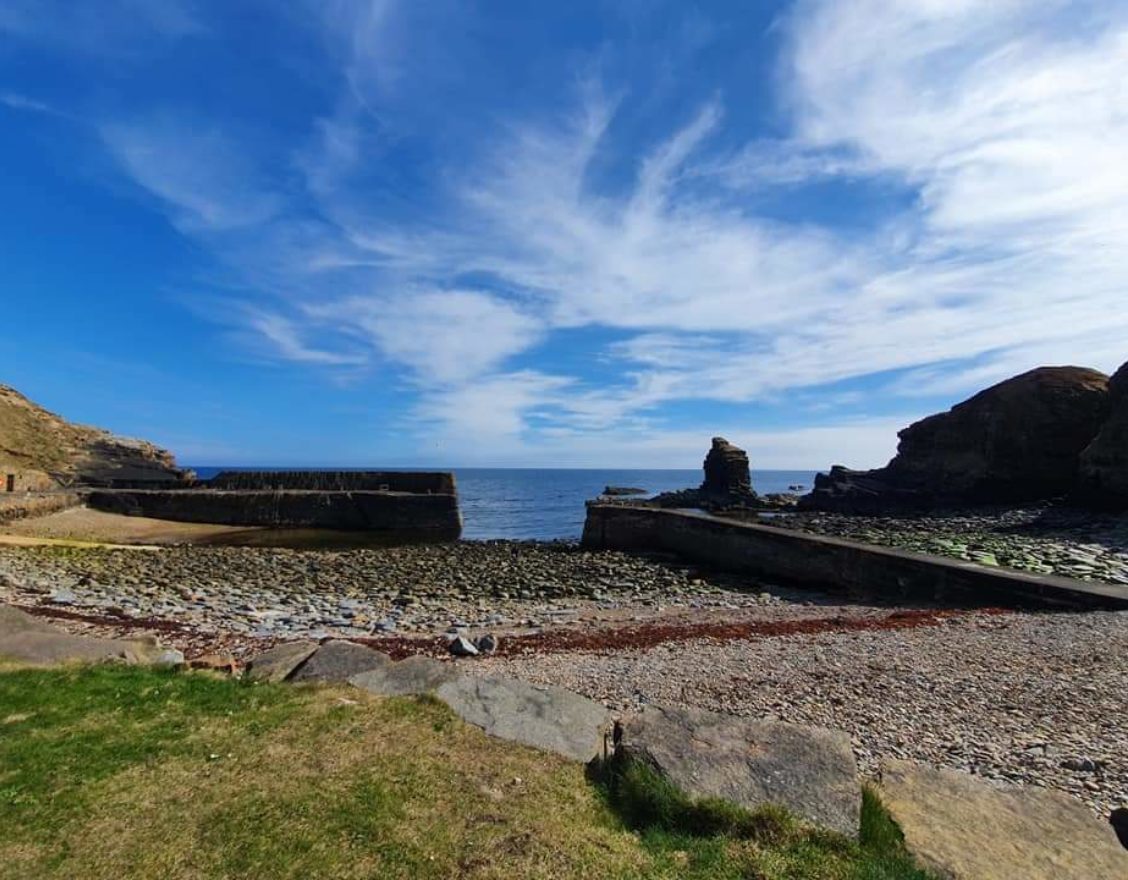 The small village of Latheronwheel lies on Caithness’ east coast, overlooking the Moray Firth on the main A9 road between Wick and Helmsdale. A planned community begun in 1835, it is now home to a picturesque little harbour which was constructed around 1840. The harbour can be reached by turning off the main road and driving downhill through the village, towards the sea.

The construction of the village of Latheronwheel began in 1835 with the building of a hotel. It was first known as Dunbar’s Hotel but is more commonly referred to today as ‘The Blends’. This name derives from the 1890s, when the then-proprietor blended whisky of uncertain legal status. The village lies at the mouth of a valley, through which flows a small river (or ‘burn’ in Scots), the Burn of Latheronwheel.

When the village was first established, tenants were allocated 2 acres (8,100 sqm) and permission to fish from the harbour. Construction of the harbour began around five years after the village, in 1840. There was originally a small lighthouse at its southern headland, but this soon fell into disuse. Whilst only a few use it today, around 50 boats operated from the harbour at its peak. Initially, the main catch was salmon, but this soon gave way to herring.

A butcher's shop can be found in the village of Latheronwheel, and, just to the west of the village, are a pair of whalebone ribs, thought to be over 100 years old!

The land on which the village was built belonged to a man named Captain Dunbar, who wanted the village to be called Janetston, after his wife.