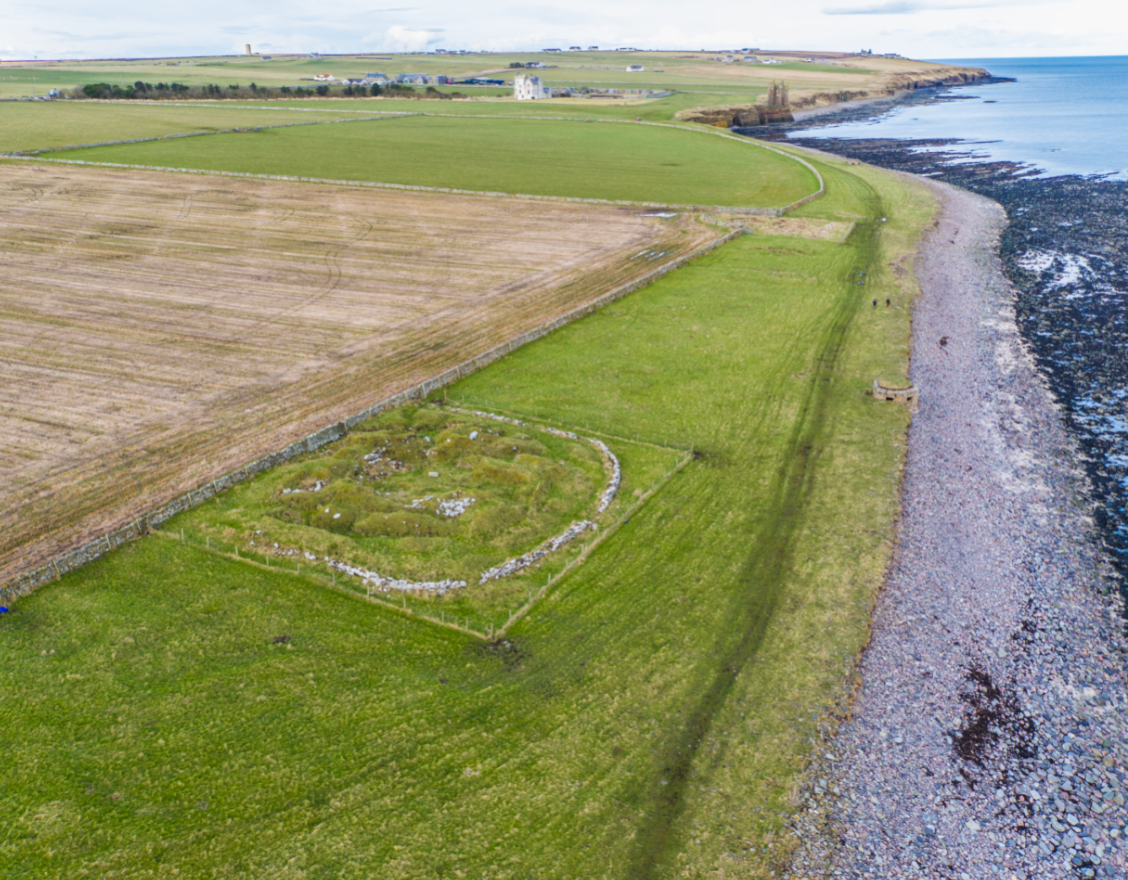 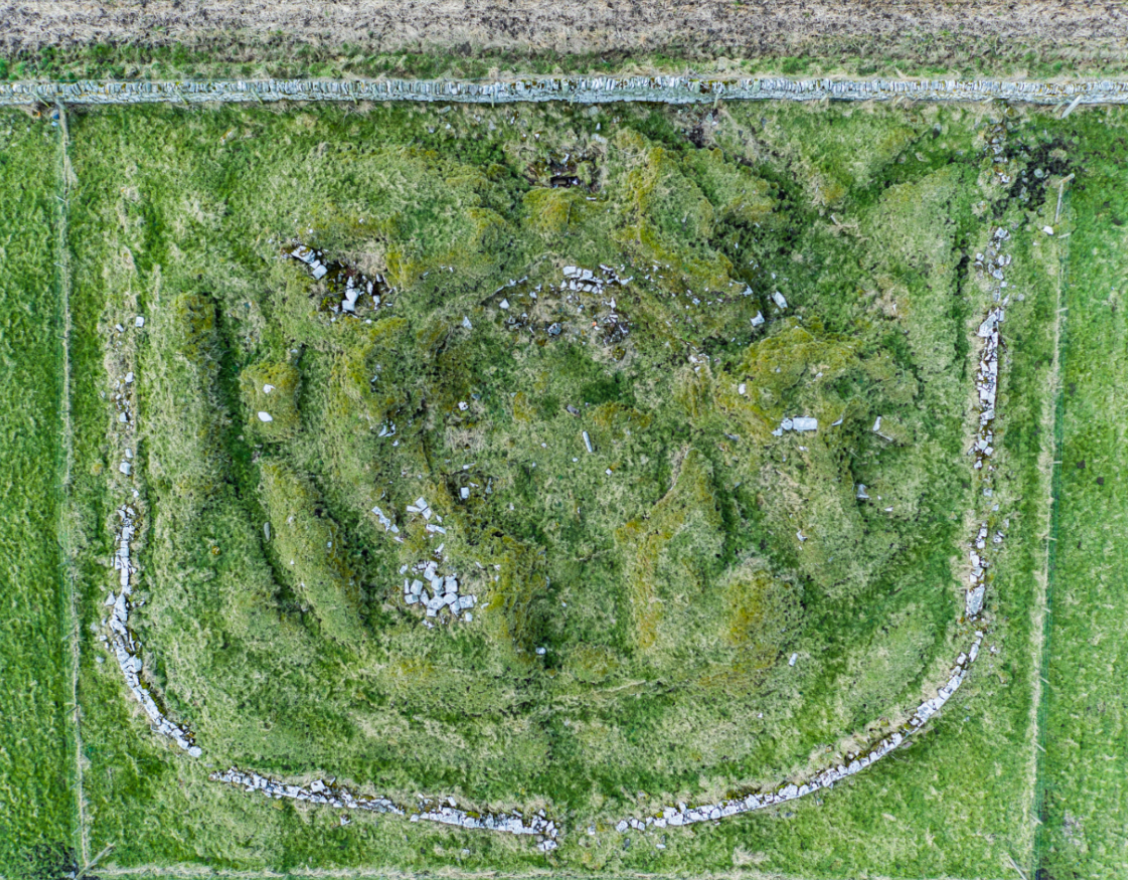 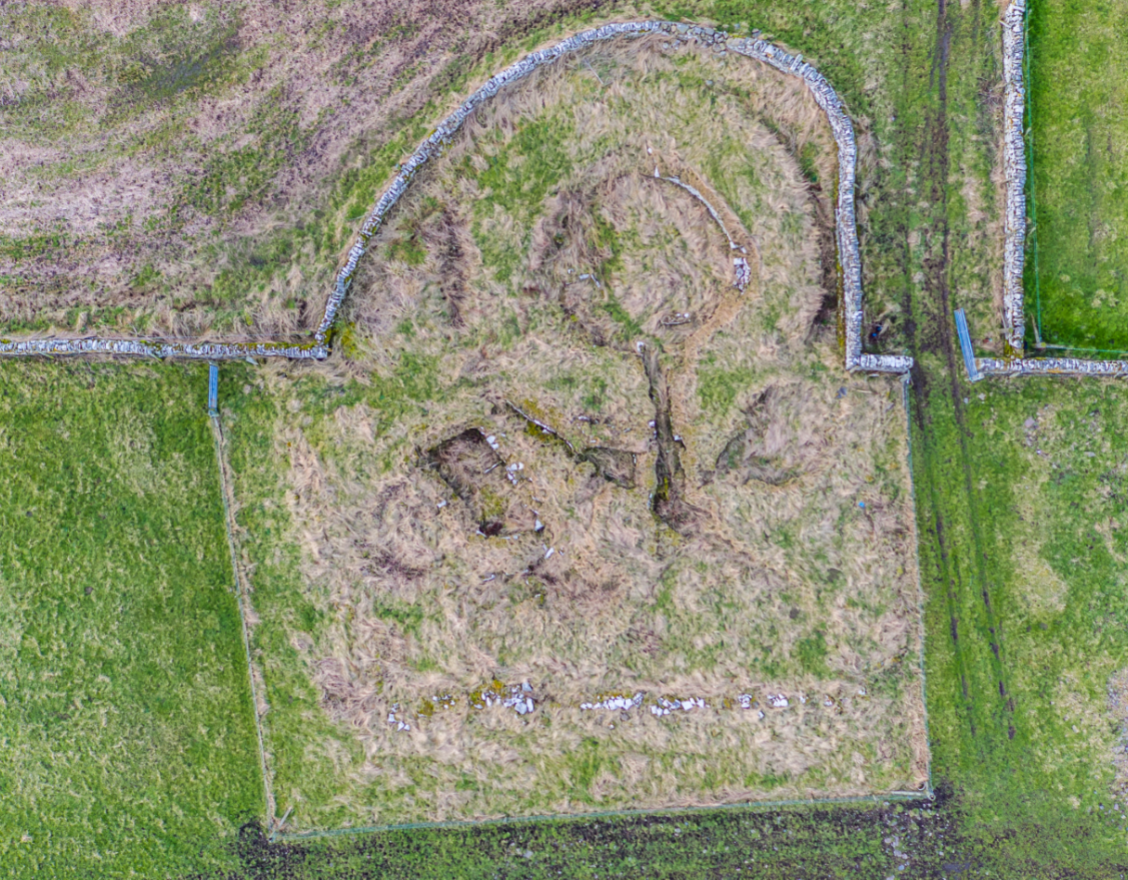 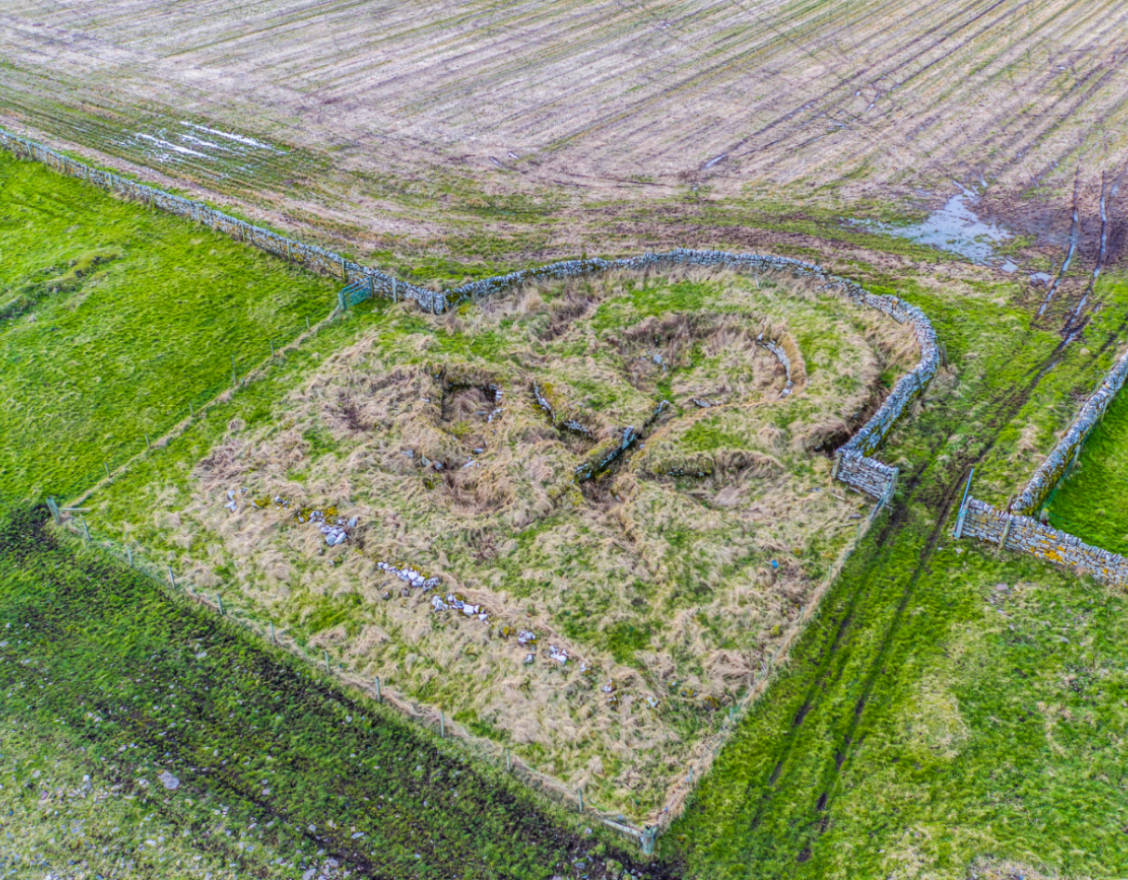 Two brochs in very close proximity to each other, Keiss Harbour Broch and Whitegate Broch both present a set of unanswered questions. If these were fortifications, as some have thought, then why are they so close together? Roman and Rhenish pottery was also found in the brochs: were our broch builders visited by the Romans when Tacitus sailed around the northern tip of Scotland?

Parking at the harbour, you can walk through the right-of-way towards the Old Keiss Castle. On your left is the Keiss Harbour Broch.

This broch was first excavated by Samuel Laing in the 1850’s, who mainly focused on the kitchen middens (rubbish heap). It was then fully exposed by John Nicolson and Sir Francis Tress-Barry. There have been many interesting finds from this broch, many of which can be viewed in the Caithness Broch Centre, two miles to the north. These finds included an antler bone comb (dated to AD 410-564), Roman Samian ware pottery, a fragment of blue glass, and a glass bead.

Walking north past the first World War 2 pill box, you can see Whitegate Broch (fenced off, but still able to be accessed), in a much better-preserved state than the harbour broch. Recently excavated, a large stepped well was found here.

You can find out more about the Keiss brochs, as well as other archaeological and historical sites, on Canmore, Scotland’s historic environment record.

Between the harbour road and the castle there are foundations for many stone buildings. Any ideas what they were for?