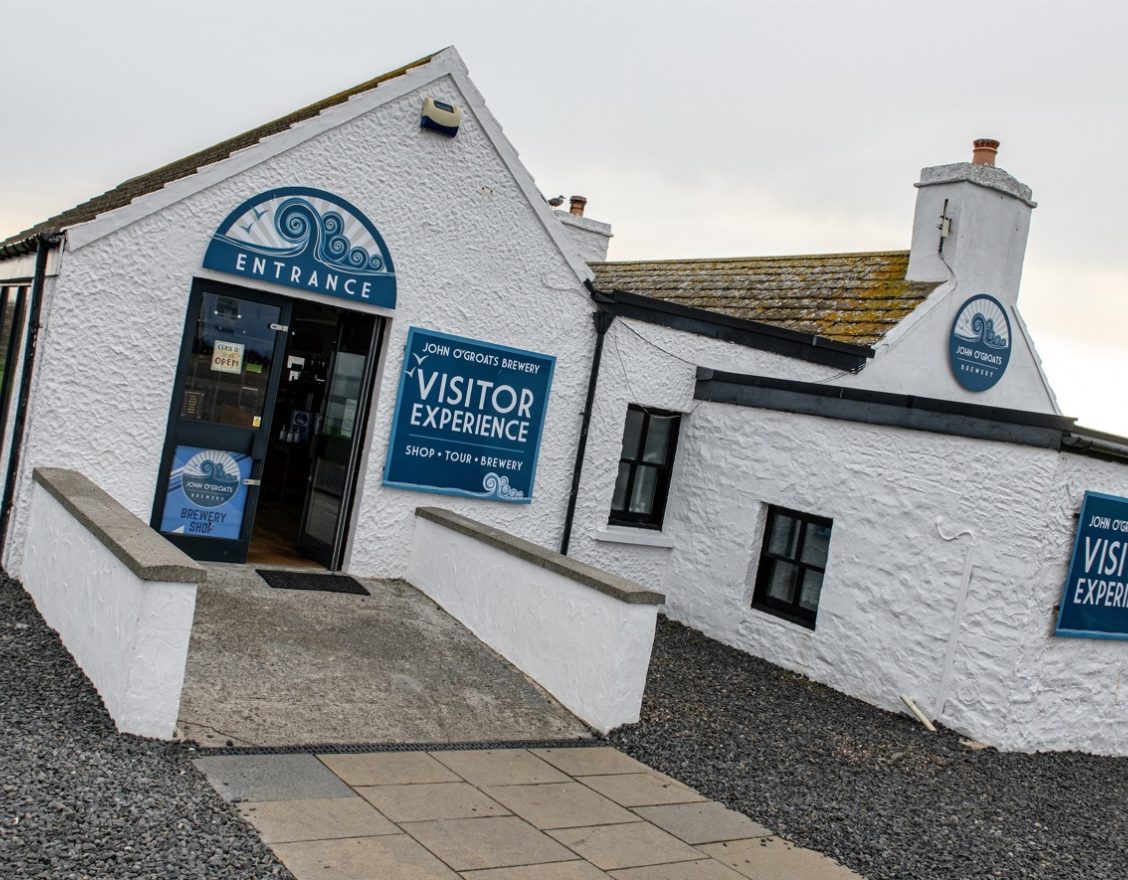 The John O’ Groats Brewery is an artisan brewery where the finest craft ales are created. Every drop of our ales is made within the village of John O’ Groats, using only the beautiful unspoilt waters of the Highlands of Scotland.

The John O’ Groats Brewery is based in the iconic ‘Last House’ at the northeasterly tip of Scotland. Dating back to around 1700, the Last House is the oldest surviving building in John O’ Groats.

The Last House is a type of building known locally in the Highlands as a ‘but-an-ben’. This term refers to a single-storey, two-roomed cottage. But-an-bens typically consist of an outer room (the but) where the kitchen would be located, people would sleep, and everyday family life would be lived out, and an inner private room (the ben) that was generally kept for entertaining guests.

When the cottage was first constructed it had a thatched roof. Fixing thatch to a roof that is exposed to the extreme weather on the north coast was a skilled job. Strips of wood (‘purlings’) would be used to hold overlapping rows of heather divots in place, before straw was laid on top of the heather and tied down firmly with ‘simmons’ (strips of heather or straw twisted together to make rope). In 1913, the thatch was completely removed and replaced with Caithness slates. Those same slates are still in place today, mostly in excellent condition.

The Last House is known to have housed the descendants of Jan de Groot, whom the village of John O’ Groats is named after.