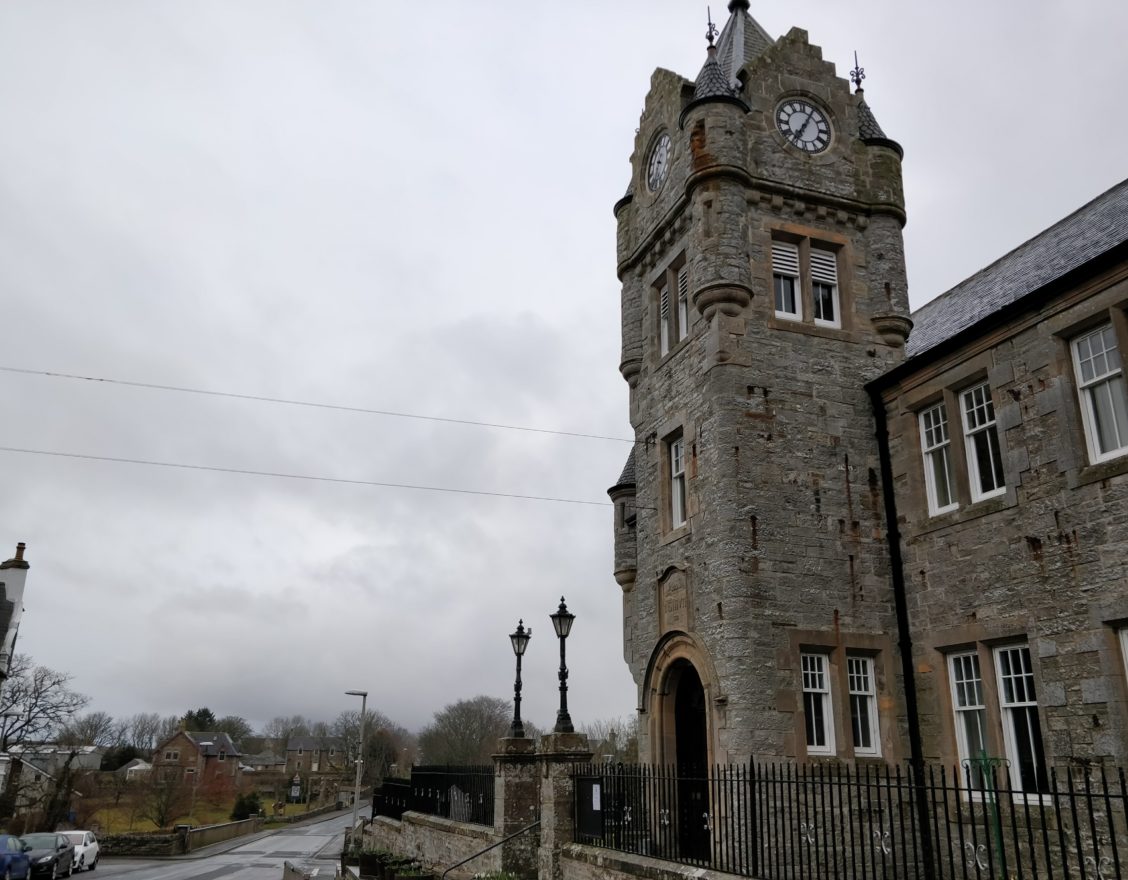 A village downstream of Thurso, once associated with whisky distilling, quarrying, and traditional industries. Locally, Halkirk is well-known for its annual Highland games, the largest in Caithness!

Halkirk is a village on the River Thurso, around 10km south of Thurso itself and 25km northwest of Wick via the A882. In the early 13th century, the Bishop of Caithness moved his main residence to the area from Scrabster, earning it the name it still retains today (Halkirk derives from Scots, meaning house or ‘hall’ of the church). However, a revolt by local landowners against tithes imposed by the Church resulted in the burning down of Halkirk’s cathedral, and the seat of Diocese was moved south to Dornoch.

The town was extensively remodelled in a grid plan in the 1790s, and is claimed to be Scotland’s first planned village. In the 19th century, Halkirk saw the growth and then decline of two whisky distilleries, Gerston and Ben Morven, which were situated on the banks of the River Thurso.

Despite its usually quiet appearance, Halkirk hosts the largest Highland games in Caithness, which can attract up to 3,000 spectators and participants for the one-day event. A traditional Scottish sporting event, Highland games include activities ranging from the caber toss and hammer throw, to Highland dancing and clay pigeon shooting. An experience not to be missed if you are visiting in summer!

Halkirk has been home to two distilleries: Gerston and Ben Morven. Although the distilleries no longer exist, you can still admire the original stillhouse!