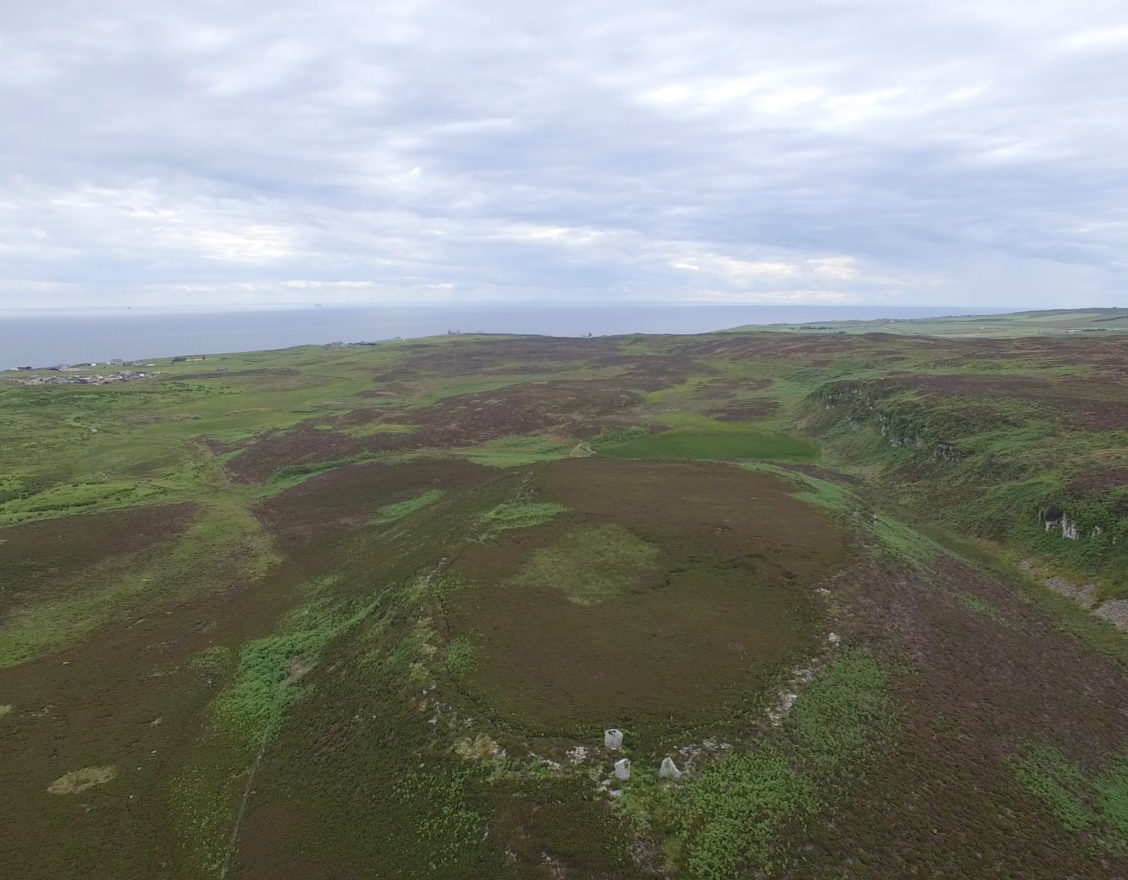 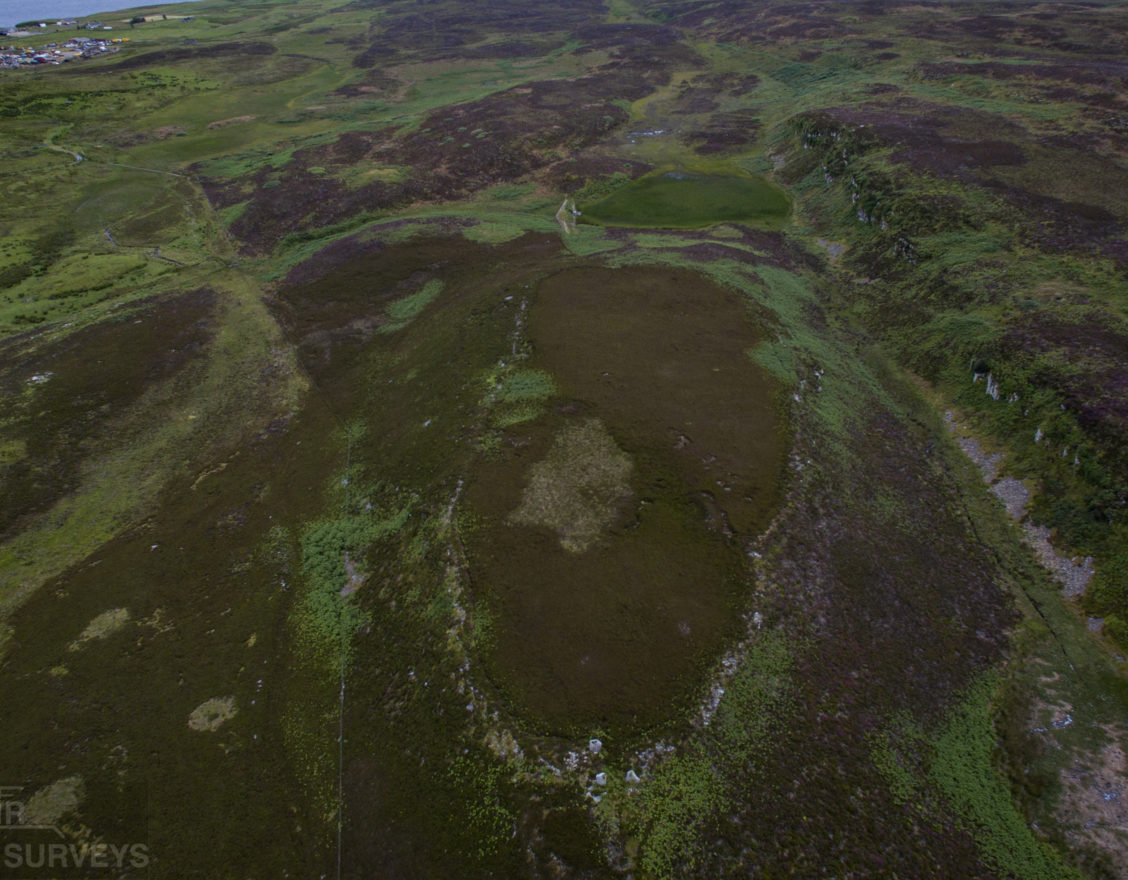 An impressive prehistoric hilltop enclosure or ‘hillfort’, set on a steep-sided hillock with stone fortifications. Three large standing stones mark one of the entrances, and the walk to the summit takes you past other archaeological remains.

Garrywhin fort comprises the summit of a broad ridge enclosed by a stone wall, with a maximum width of 4.5m and still standing to a height of around 1m. Oval in shape, the enclosed area measures approximately 180m NNE-SSW by 55m transversely (0.85ha). The site likely dates to the Iron Age, although numerous earlier monuments in the surrounding landscape suggests an enduring human presence in the area.

No known archaeological excavations have been carried out at the site, but the remains of a probable hut circle, two possible cairns, and areas of quarrying are amongst features that can be seen on the surface. Most notably, the three upright stones at the NNE entrance were originally a setting of four, arranged in pairs to mark the inner and outer ends of the passage through the wall.

Garrywhin belongs to a category of sites known as hilltop enclosures; these differ from the compact, highly-fortified hillforts more common in lowland regions, and may have served a function other than defensive. Such sites may have been used as temporary settlements, for animals, or as gathering places.

You can find out more about Garrywhin, as well as other archaeological and historical sites, on Canmore, Scotland’s historic environment record.

Local folklore warns that the western cliffs of Garrywhin are haunted by supernatural beings who watch over the hill – see if you can spot anything spooky during your visit!