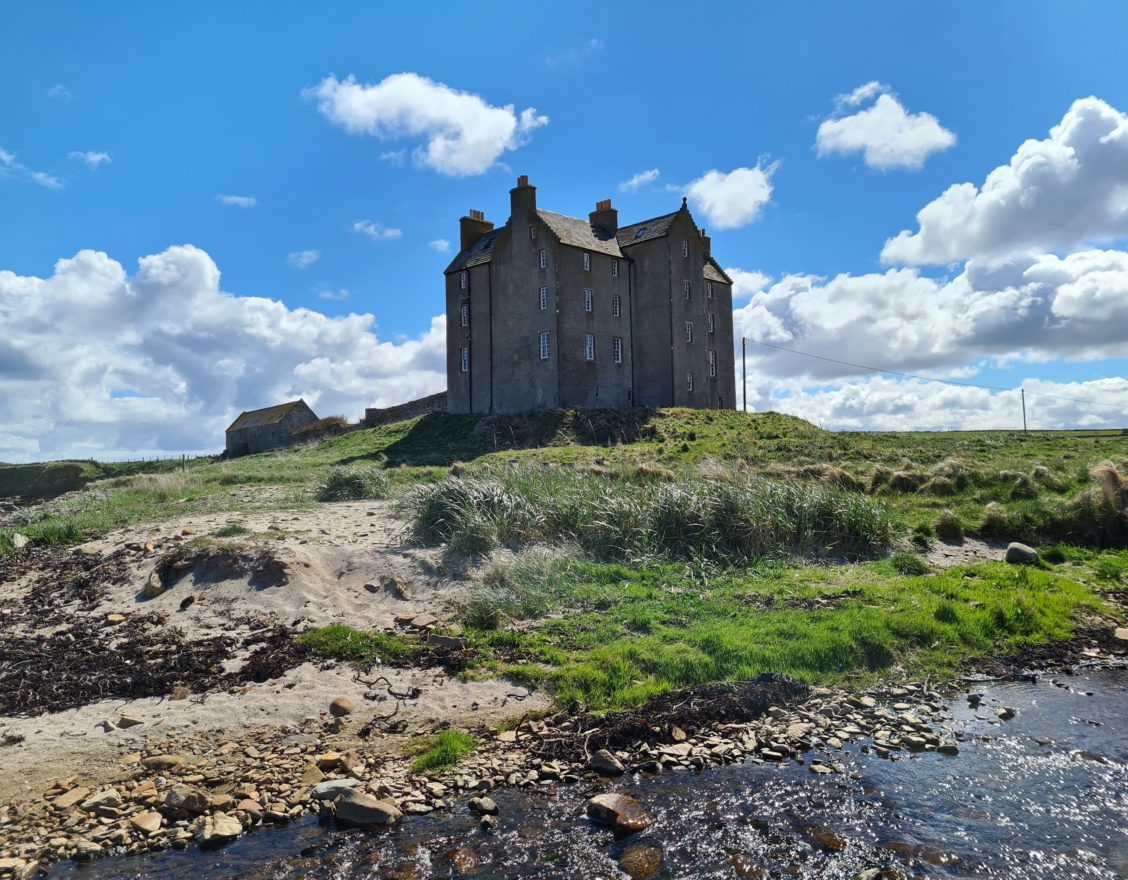 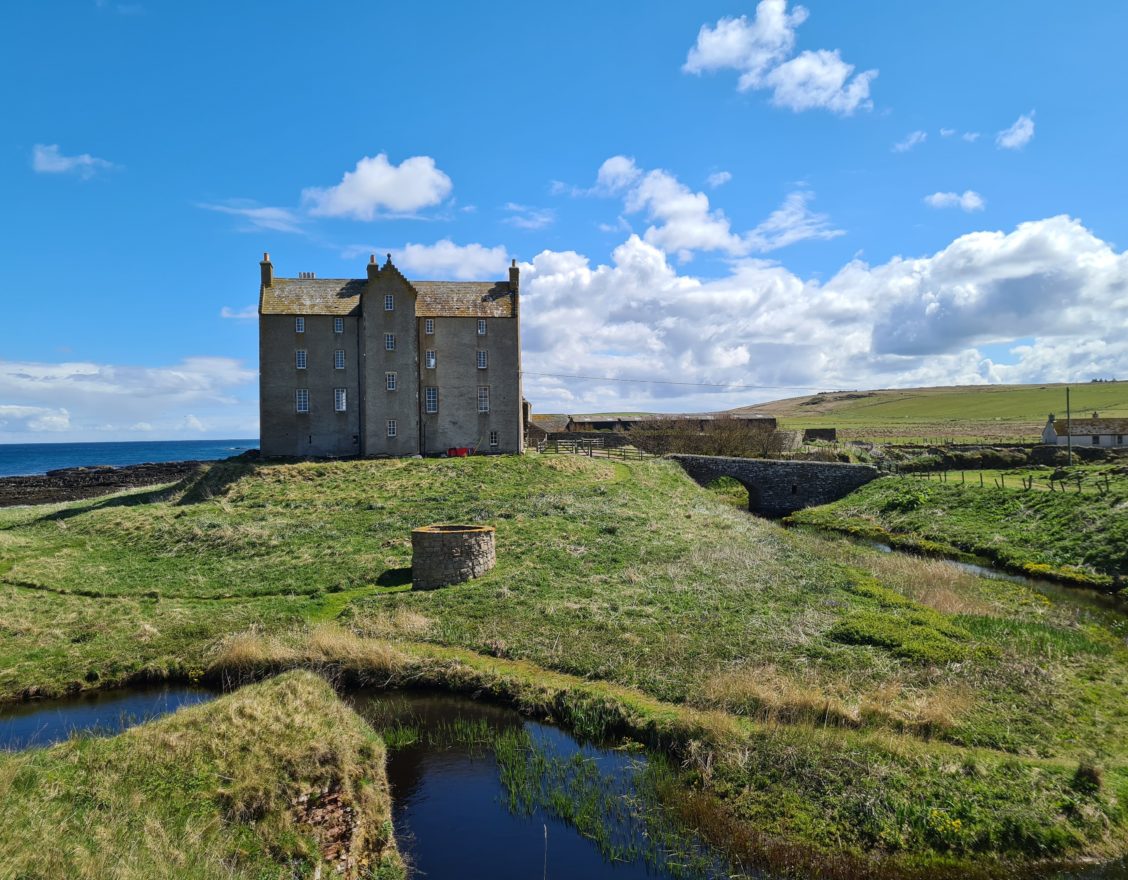 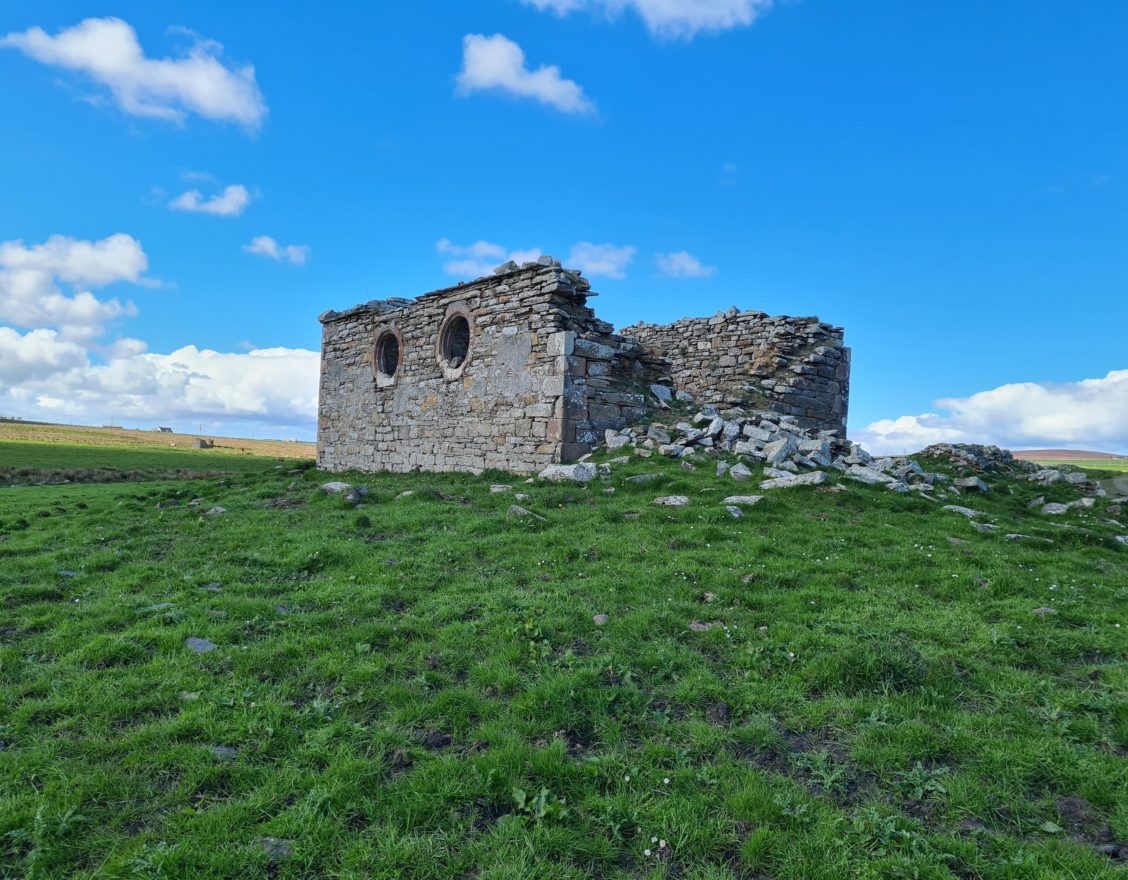 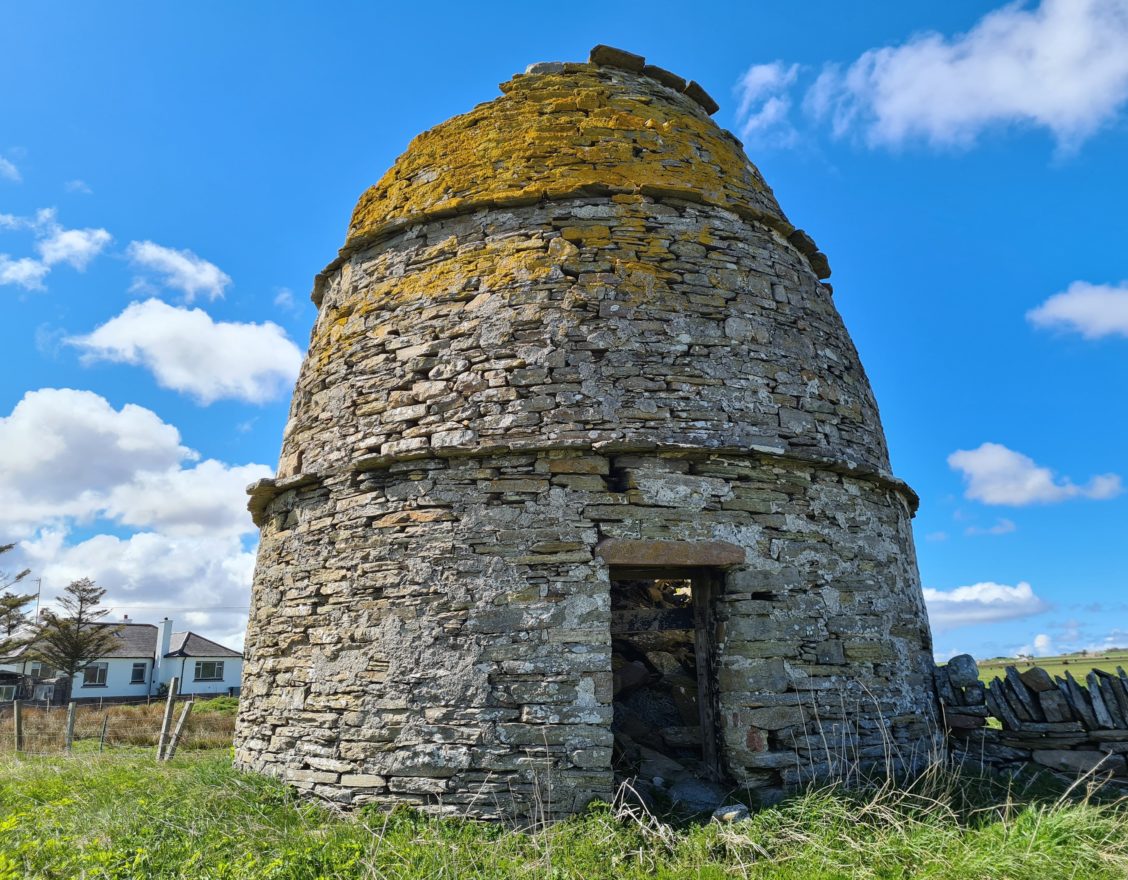 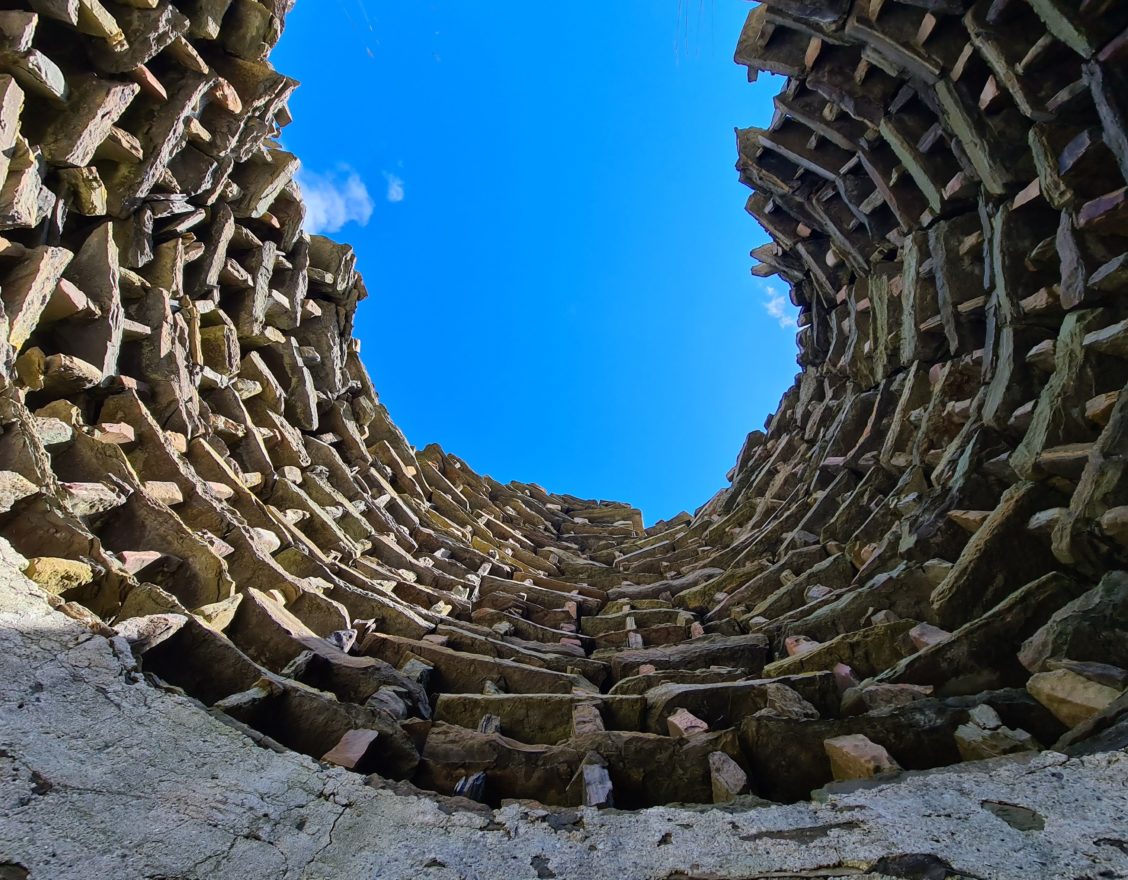 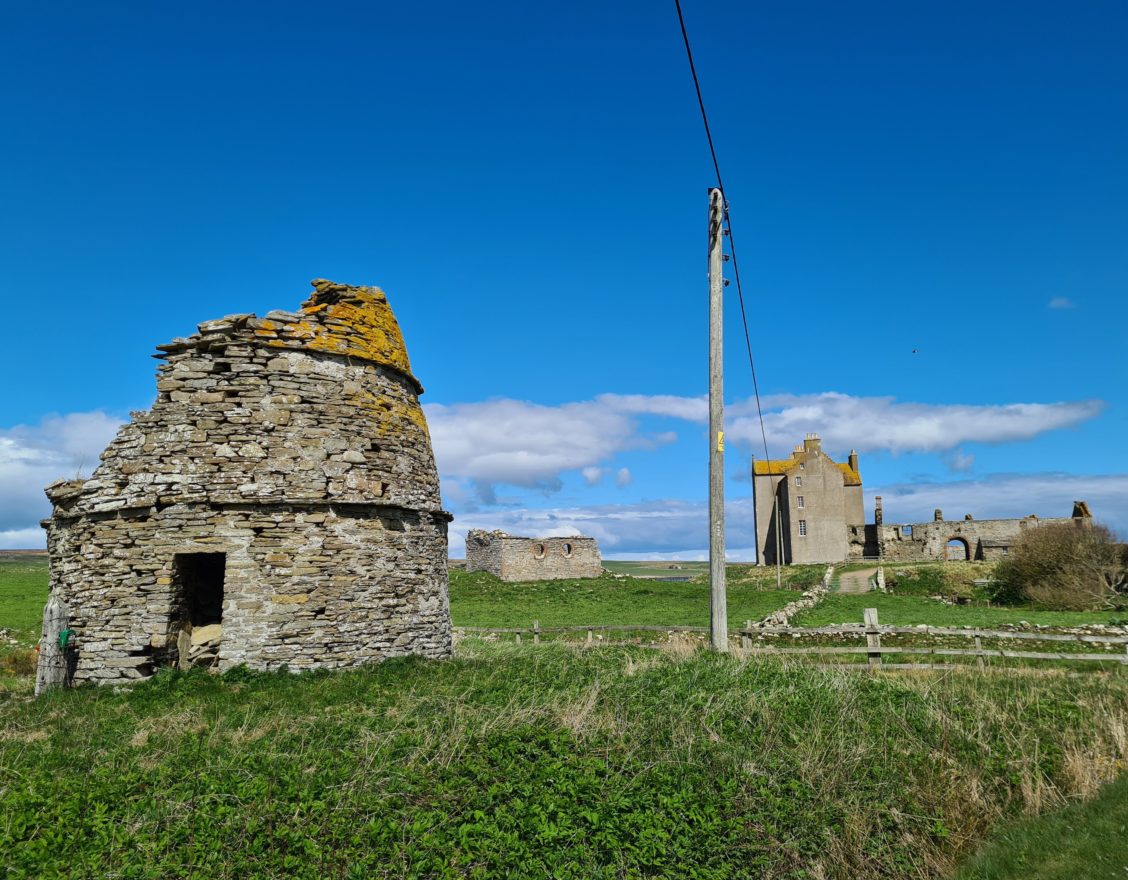 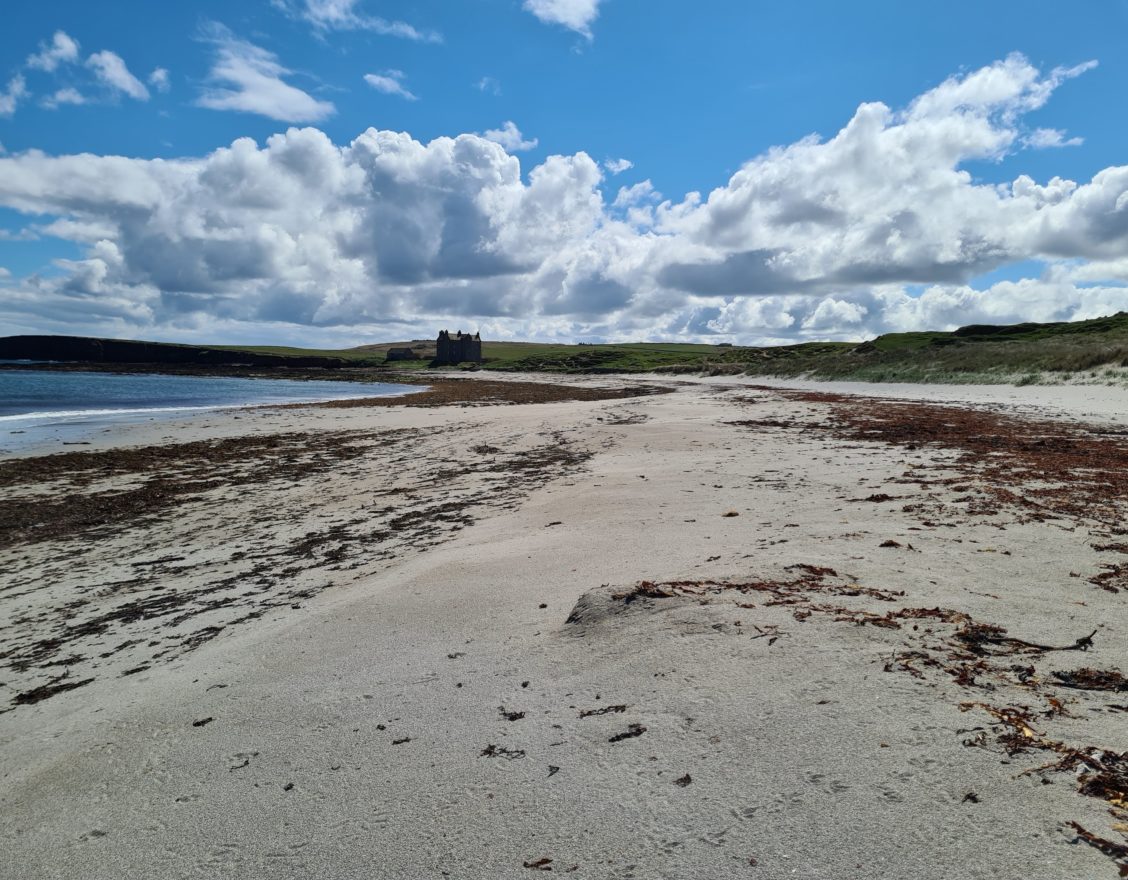 Though a private residence, this intriguing castle can be viewed from the shores of Frewick Beach; not only is this a fab wee 'hidden gem' of a beach, but there is plenty of history and archaeology nearby: in addition to having the scant remains of a broch, Freswick was the site of a Norse settlement.

Freswick Castle, most likely built in the 17th century, is a five-story tower house built on a 12th-century Viking settlement. Built by the Mowats, it passed into Sinclair control in 1661. Whilst today it is a private residence, the castle can be admired from a distance by walking along Freswick Beach towards the Burn of Freswick, which crosses the beach into the sea.

A few notable structures survive in the castle grounds, both of which hint at earlier inhabitation of the site. A beehive shaped doocot (dovecot), believed to have been built in the 16th century, might suggest there were previously accompanying structures, and a 17th-century mausoleum with circular windows can be found in the grounds. This appears on earlier maps, alongside notes that it was constructed "on the site of St Maddan's Chapel". A ruinous mill can also be found here, with crow-stepped gables.

In Ecclesiastical History of Caithness, Beaton writes that 'superstitious rites' were performed at the chapel on Candlemas Day (2nd February), leading some to believe the saint to which the chapel was built was Modan, whose feast day is 4th February.

Archeological excavations carried out on Freswick Beach have revealed pottery dating from the Neolithic to the Iron Age, and a cup-and-ring marked stone was apparently found in the ruins of a broch (Sands Broch, of which little remains) excavated by noted Caithness antiquarian Francis Tress Barry.

You can find out more about Freswick Castle, as well as other archaeological and historical sites, on Canmore, Scotland’s historic environment record.

Archaeologists have described the Norse settlement at Freswick as a fish-processing factory!