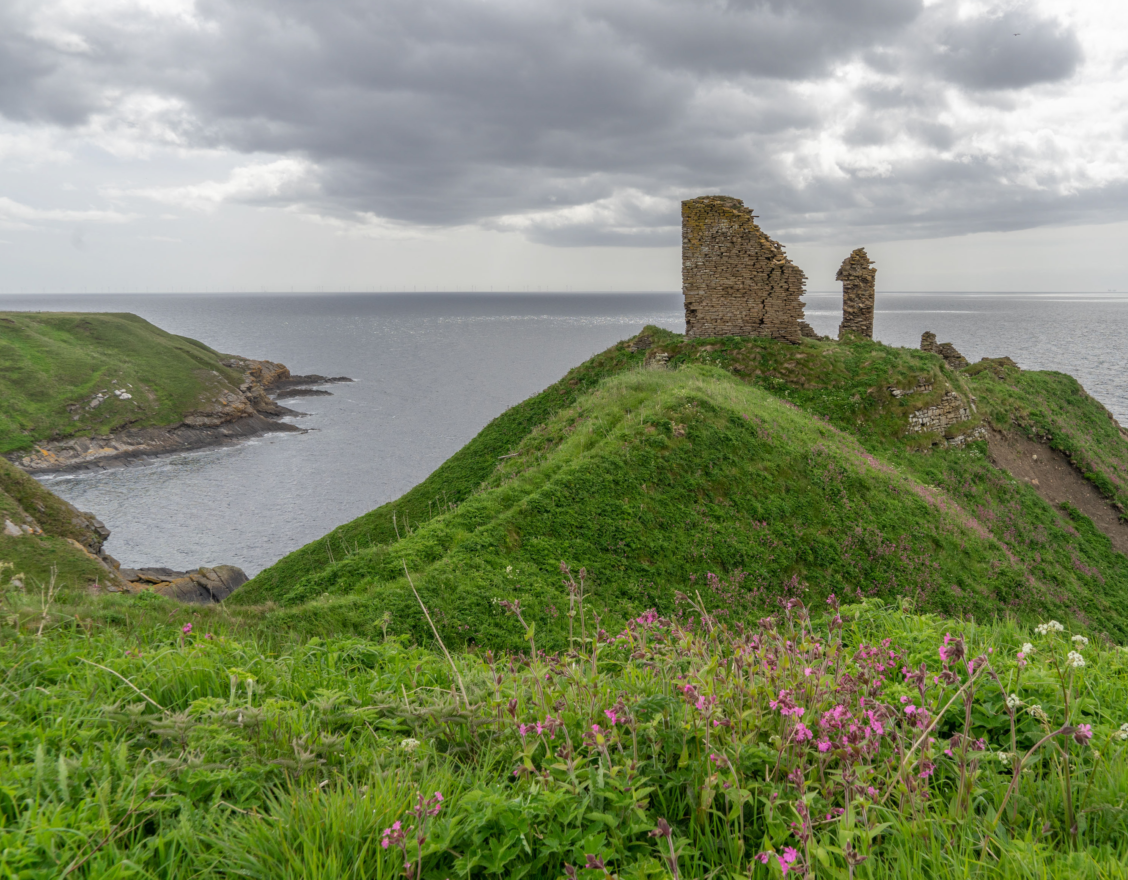 Standing alone on a dramatic peninsula, cut off by steep cliffs on one side, and ditches on the other - Forse Castle is a foreboding place!

Similar in construction to The Castle of Old Wick, Forse was the stronghold of the Sutherlands of Forse who inhabited the castle until about 1660 when the 10th Laird built a modern mansion about a mile inland at Nottingham. The walls are stout, over 2m in width, and with a height of 9m high in some places - not the sort of place which attackers would enjoy besieging!

This was later demolished and a greater mansion house was built a little behind the old one. This became known as Forse House (now 'Forse of Nature', a cafe and B&B) and was occupied by the Lairds of Forse until 1905.

Sadly, the castle is in an advanced state of decay - take care when visiting.

You can find out more about Forse Castle, as well as other archaeological and historical sites, on Canmore, Scotland’s historic environment record.

Forse was drawn in 1815 by William Daniell (1769 - 1837) with the resulting 'aquatint' published in his Voyage Round Great Britain and held by the Tate Gallery in London.