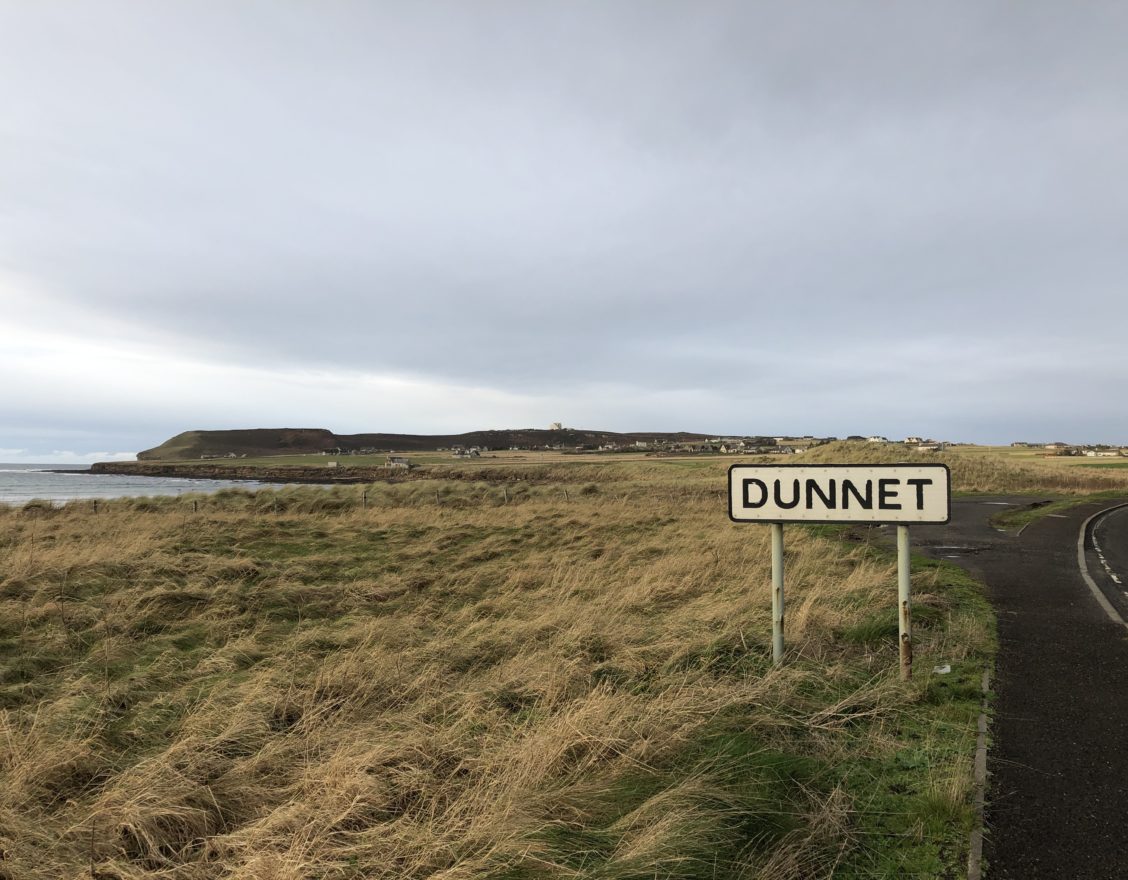 A small village perfectly positioned near sites of historic, cultural, and natural heritage - the local area around Dunnet is a great place to explore.

The village of Dunnet is small and unassuming, but there are a number of attractions within or close to the village well worth visiting. Some are more famous than others: many flock to Dunnet to try out surfing or enjoy the open expanses of Dunnet Bay, whilst others opt to sample Dunnet Bay Distillers' highly-commended Rock Rose Gin. Some might chance across less-frequented but no-less-charming sites, such as Dunnet Parish Church; this pre-Reformation building with its resplendent white-washed walls is well worth a wee amble around, and has a number of graves dating as far back as the 16th century. Timothy Pont, the famed cartographer and topographer, was minister at Dunnet Church between 1601-8.

Dunnet's history goes back much further than this, however; there are several other sites of interest in the area including Dunnet Forest, where the remains of a hut circle can be found - several more can be found along the 'Greenland links' area, suggesting that this area was inhabited as far back as the Neolithic or Bronze Age.

Brotchie's Steading is a ruined post-medieval croft just to the west of which became the focus of archaeological interest because of its 'cruck-framed' structure in one of the rooms were known to have been formed from a pair of whale mandibles, probably from a fin or blue whale (these are now presently housed in the Seadrift Centre). However, it became apparent that the site itself sat on a much older site, and may have Iron Age origins - it is thought that the steading may have been built atop the remains of a broch!

There are suggestions of Norse settlement in the area, too - a small-scale excavation of the site was carried out in 1995, during which a fine bone comb and bone dress pin were found.

Richard Oswald of Auchincruive was born in Dunnet in 1705, and would make a huge fortune in owning slave plantations.

He is also notable for negotiating the Peace of Paris, the result of negotiations between America and her allies and Great Britain after the American War of Independence. He became known as 'Richard the Peacemaker' when he concluded a peace treaty in Paris which he signed along with his friend Benjamin Franklin.

His wife Mary was pilloried in a song by none other than Robert Burns, who called her, amongst other things, a 'purse-proud Priestess of Mammon'!