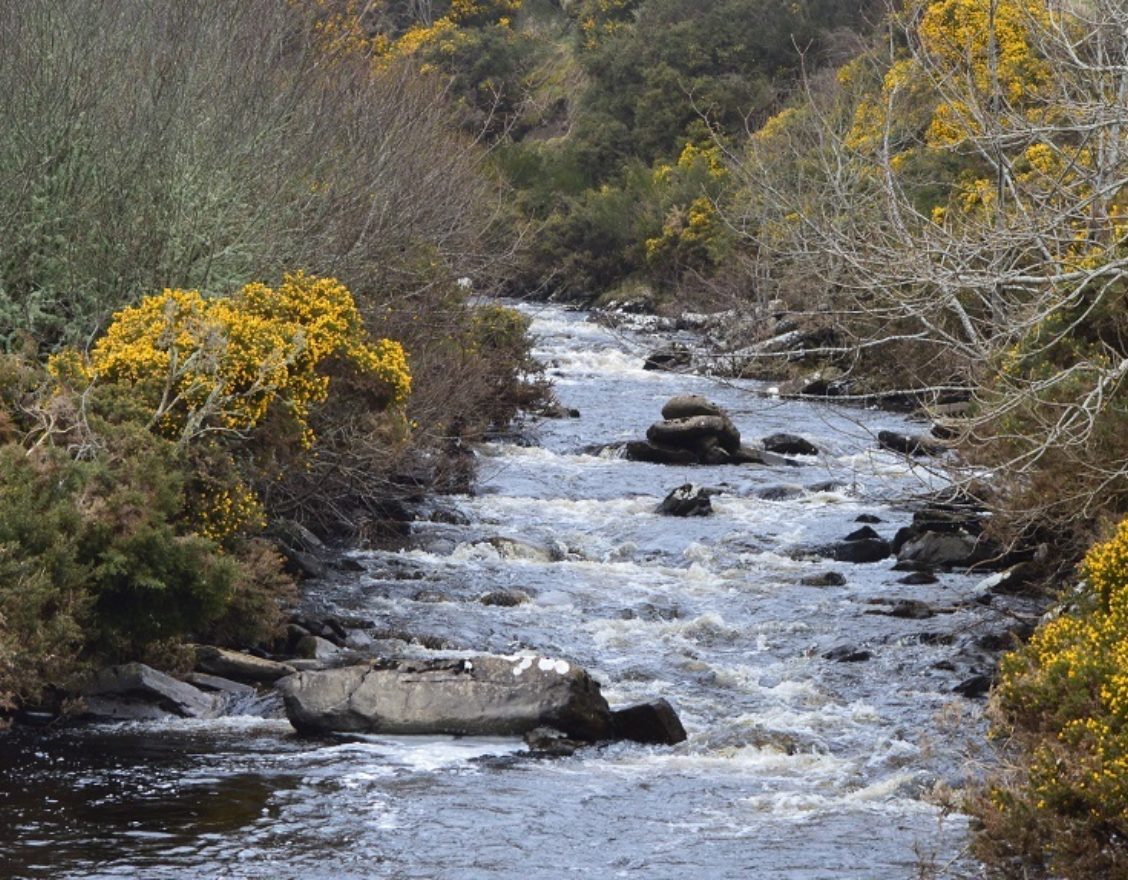 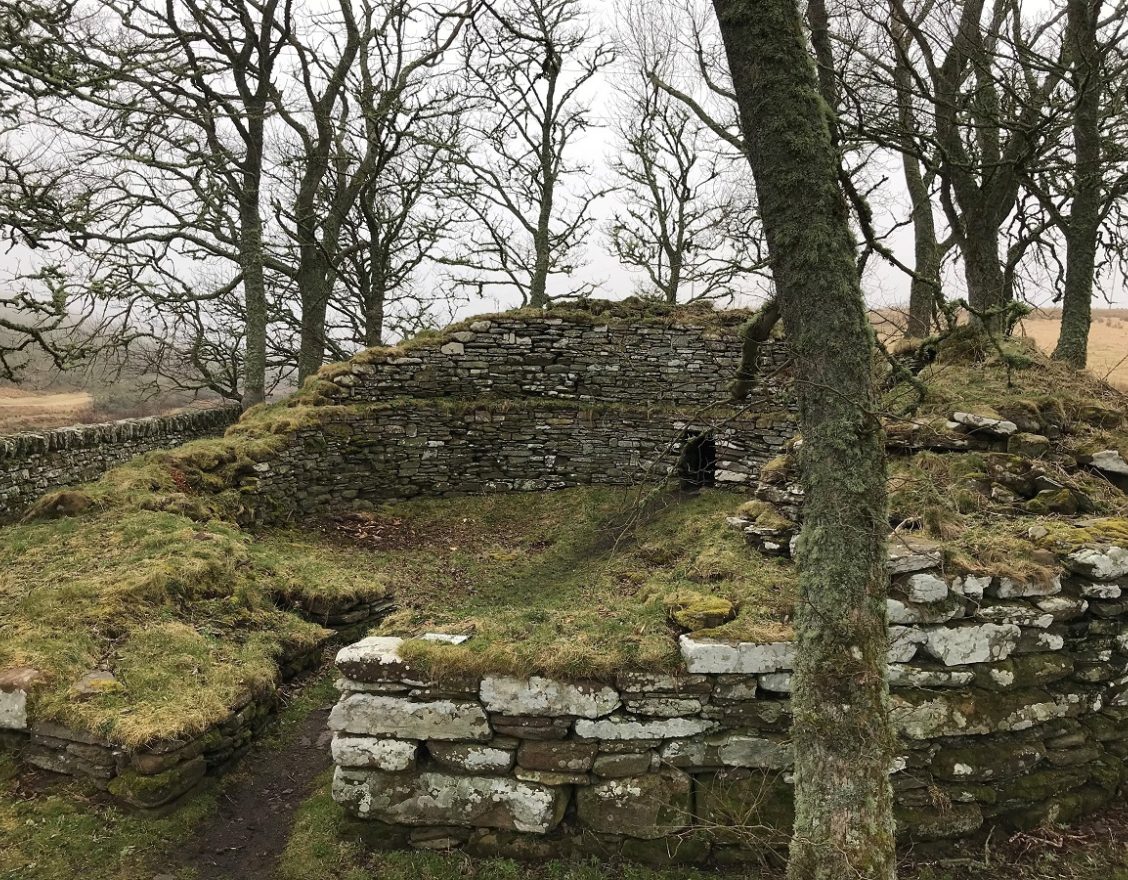 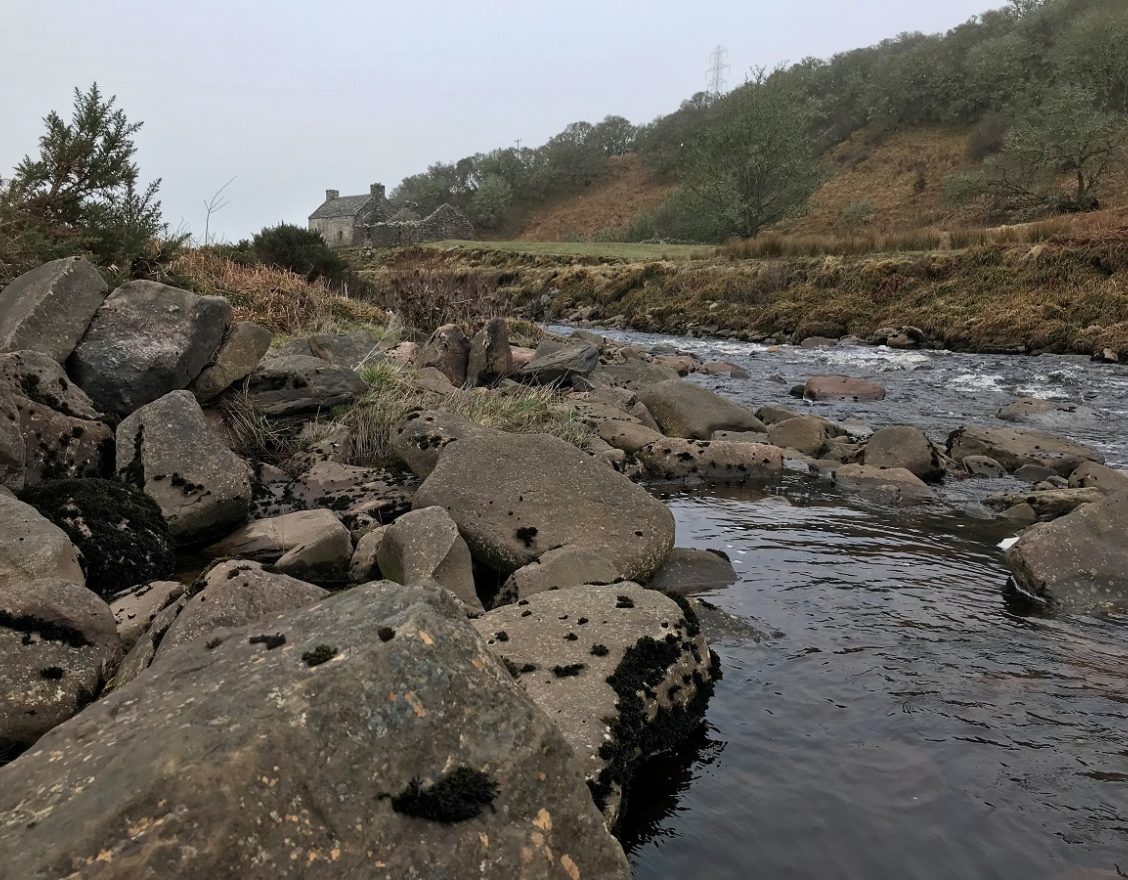 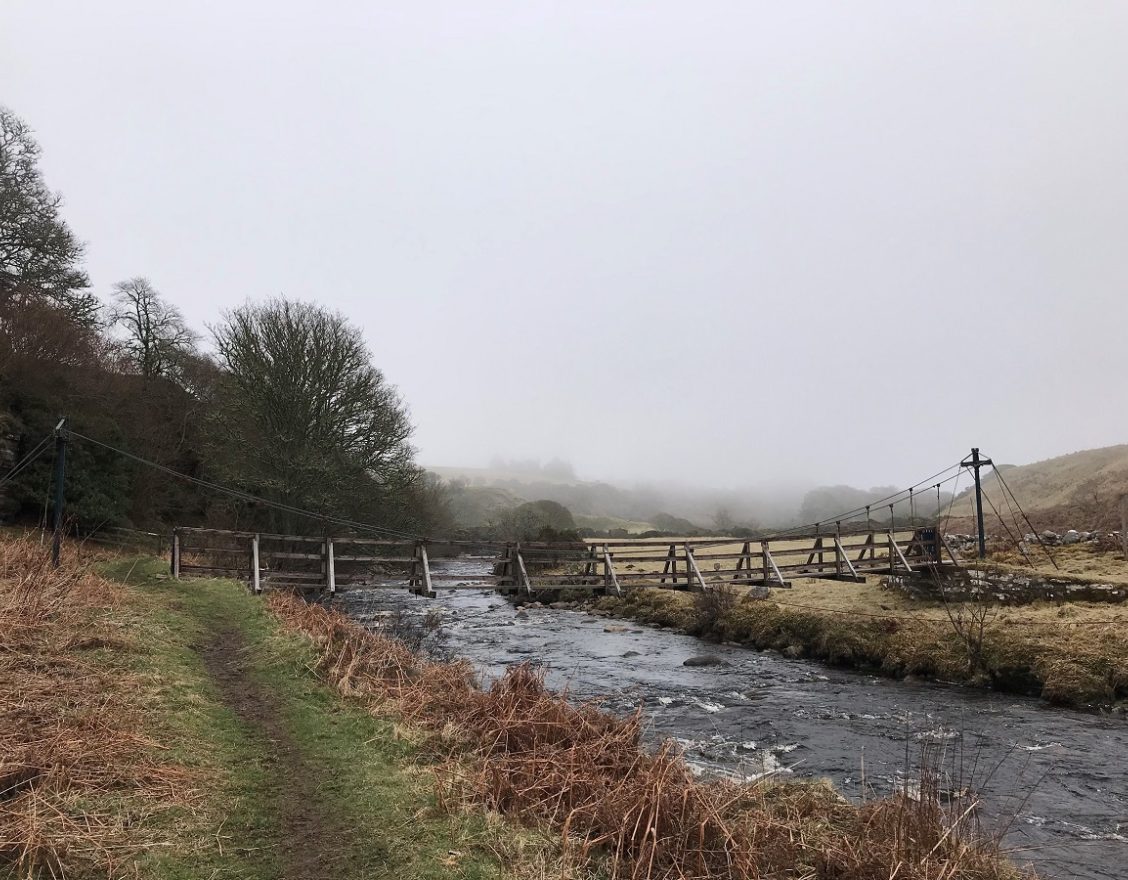 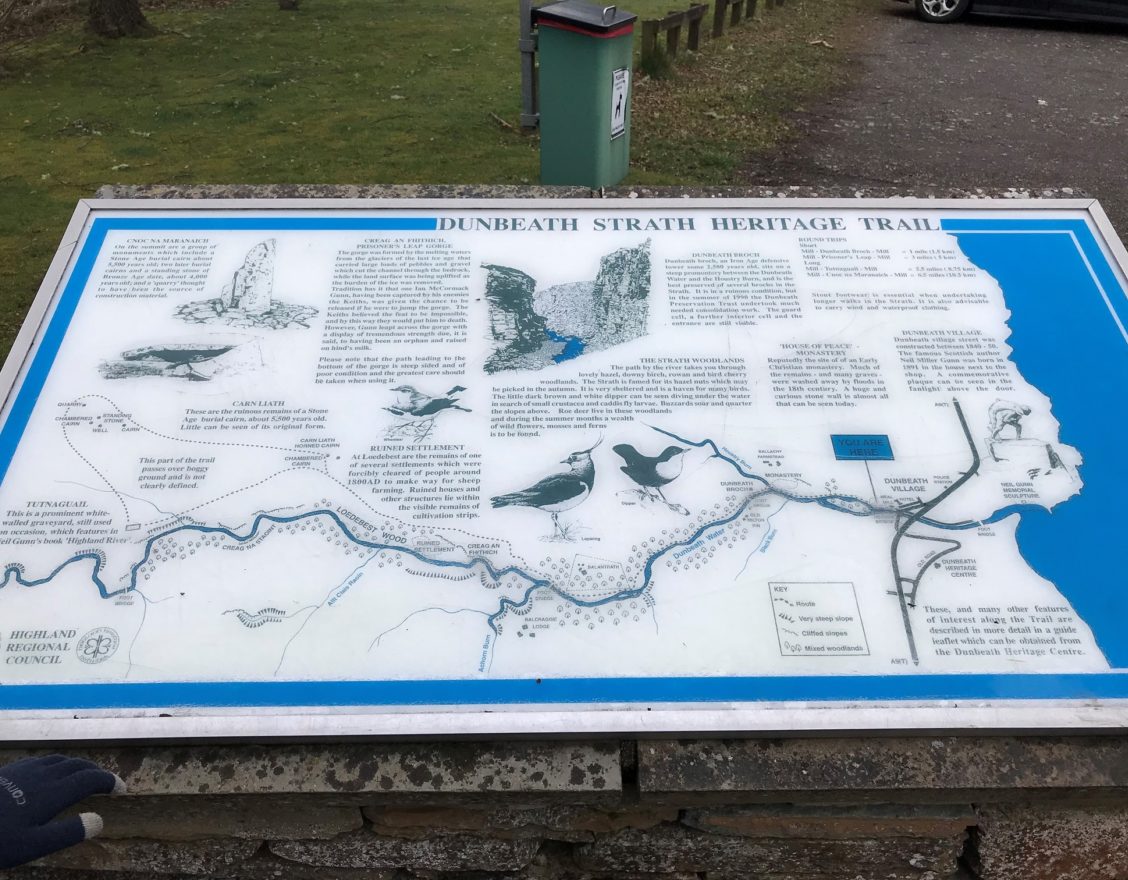 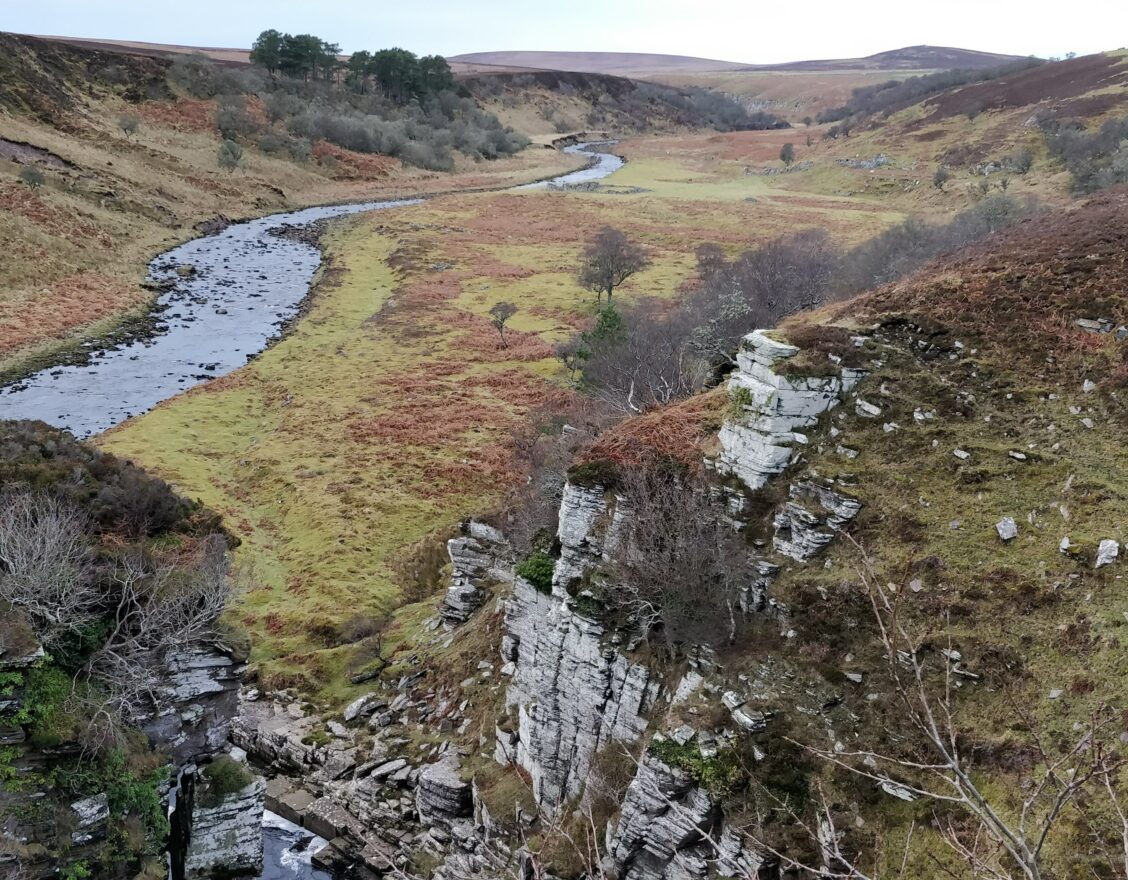 If you want beautiful and varied scenery, a riverside walk, and plenty of historical sites, then Dunbeath Strath is for you. The village of Dunbeath is one of a number of small fishing communities dotted along the eastern coastline of Caithness, now forming part of the famous North Coast 500 route. The Strath walk takes you along the banks of the salmon river with its silver birch and hazel trees, and past a number of archaeological sites including a well-preserved Iron Age Broch. Those looking for an easier, shorter walk need only go as far as the Prisoner’s Leap. The walk starts and ends at the Mill by the Thomas Telford Bridge on the old main road, beneath the modern flyover section of the A9.

Just above the starting point of the Strath walk is Dunbeath's village shop, built around 1840. The well-known Scottish author Neil M Gunn (1891–1973) was born in the house next to the shop - his book Highland River is based on Dunbeath River.

The old bridge was built by Thomas Telford in 1812, and it is from here that you access the start of the Strath walk. This Old Meal Mill was constructed around 1850 and remained a working environment for about 100 years, operated by the Cunningham family. Further upstream, a sluice was built across the river to an island to regulate the supply of water to the mill, with traces of the stonework still visible.

Stay on the same side of the river as the mill and continue upstream. You’ll soon pass a mound from which prominent walls emerge, with the ruins of a building on top. This is known as 'Chapel Hill' or the 'House of Peace' and is believed to be the site of a monastery.

Beyond Chapel Hill, take the footbridge across a tributary of Dunbeath River – the Houstry Burn. On the other side of the footbridge there are steps leading to Dunbeath Broch, the best preserved of several broch ruins in the strath. Its location was well-chosen to provide a vantage point over the river and out to sea.

A wall has been built around the broch to protect it from livestock, and the ruins were consolidated by the local community in 1990. The guard cell, a further interior cell, and the broch entrance can still clearly be seen.

Return to the footbridge from the broch and continue upstream. The path takes you through beautiful hazel, birch, rowan, and cherry woodlands. A nearby meadow is known as 'The Picnic Green' and used to be the scene of many village celebrations. On the other side of the river you will see Balcraggie, a private shooting lodge built in the 1880s.

Still on the north side of the river you arrive at a dramatic gorge known as the 'Prisoner’s Leap', so-called due to a local legend that tells of a. captive of the Keith Clan escaping by leaping over the gap, a feat thought to be impossible.

The gorge was formed by melting waters from the last ice age cutting a channel through the bedrock. You may want to retrace your steps back to the mill at this point as the walking gets more challenging from here.

However, if you’ve still got the energy you can scramble up the hillside to join the track leading to the white walls of the cemetery known as Tutnaguail (pronounced 'Toot-na-gool') overlooking a beautiful part of the river.

The walk and navigation get more challenging from here but, if you’re appropriately equipped, there are further archaeological sites to see: two chambered cairns in the Loedebest area, and the horned long cairn known as Carn Liath. There is also a standing stone on the summit of Cnoc na Maranaich.

The more detailed story of the Prisoner’s Leap claims that Ian Gunn had been held prisoner in Forse Castle by his enemies, the Keiths. Ian was a native of nearby Braemore. The Keiths promised to release him if he jumped the gorge, believing it was impossible and that he would fall to his death. However, the story tells that, in a display of tremendous strength, he leapt across the gorge - it was later claimed that his agility was a result of him being an orphan and raised on deer’s milk.