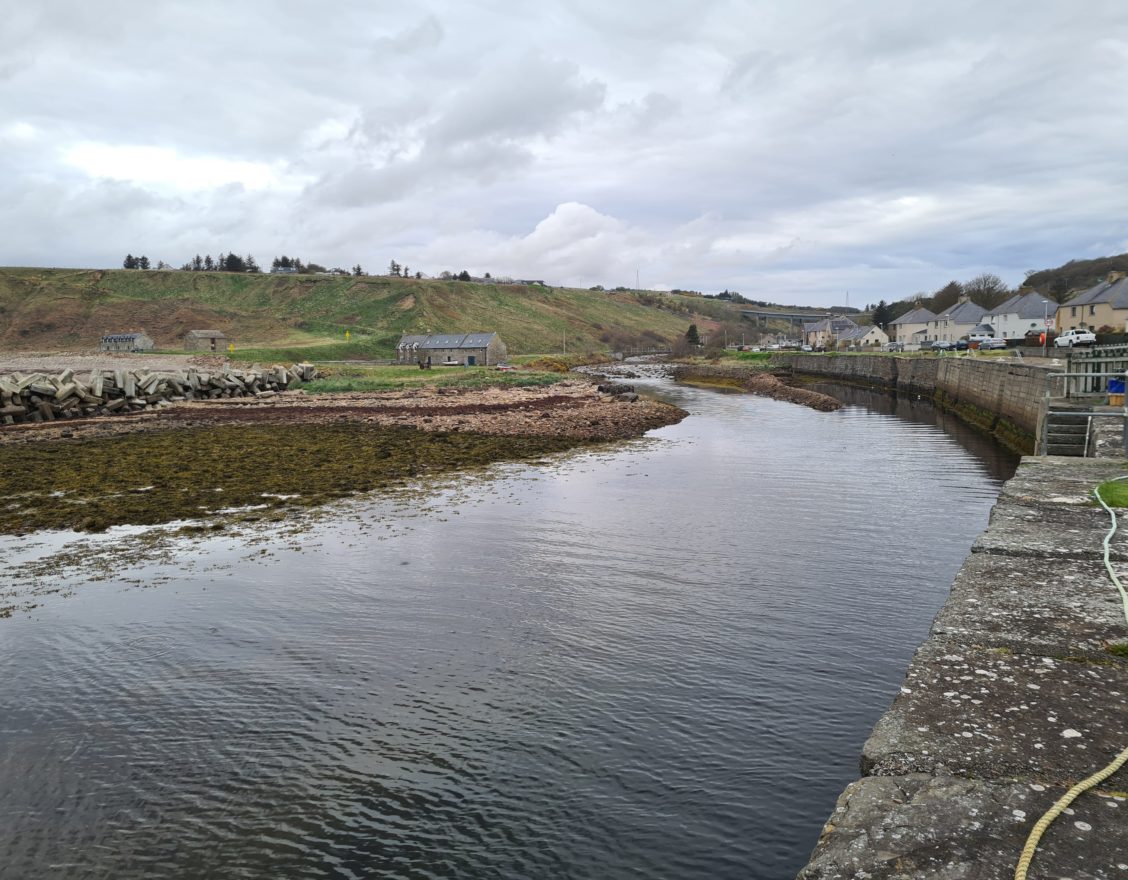 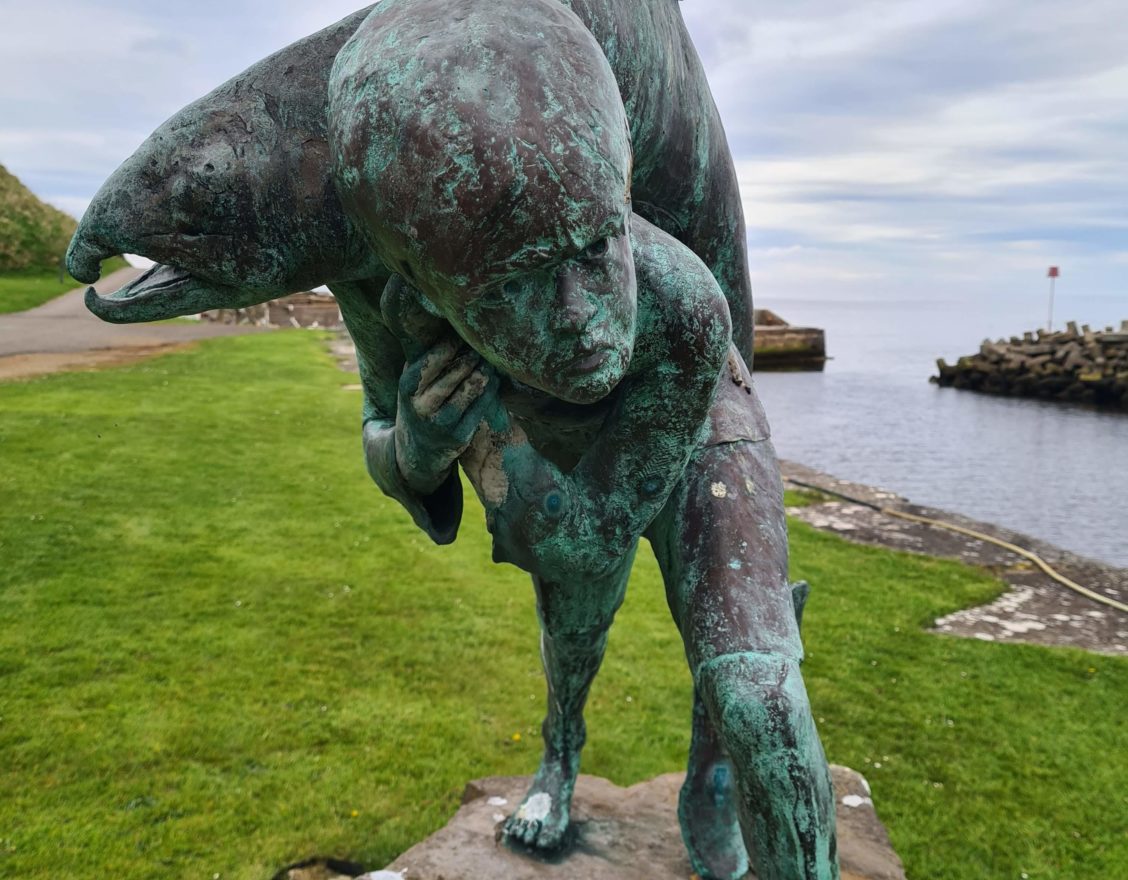 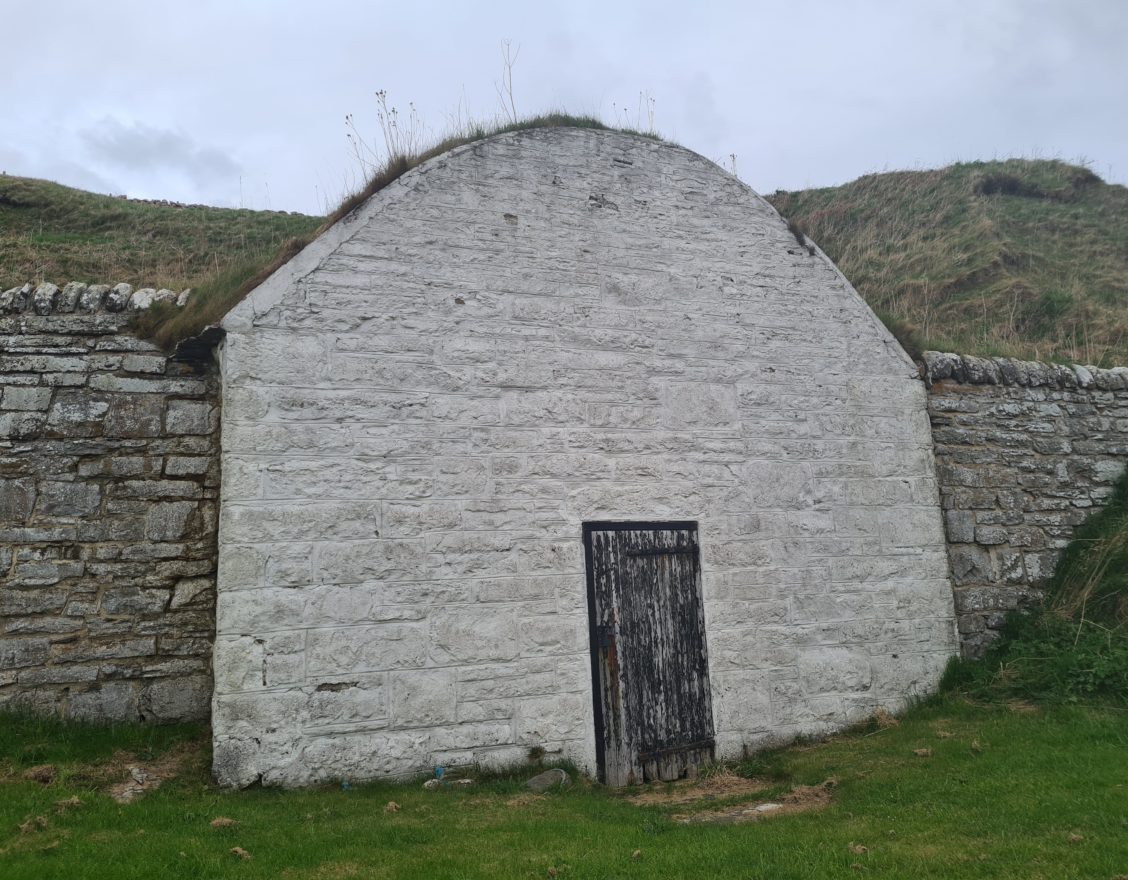 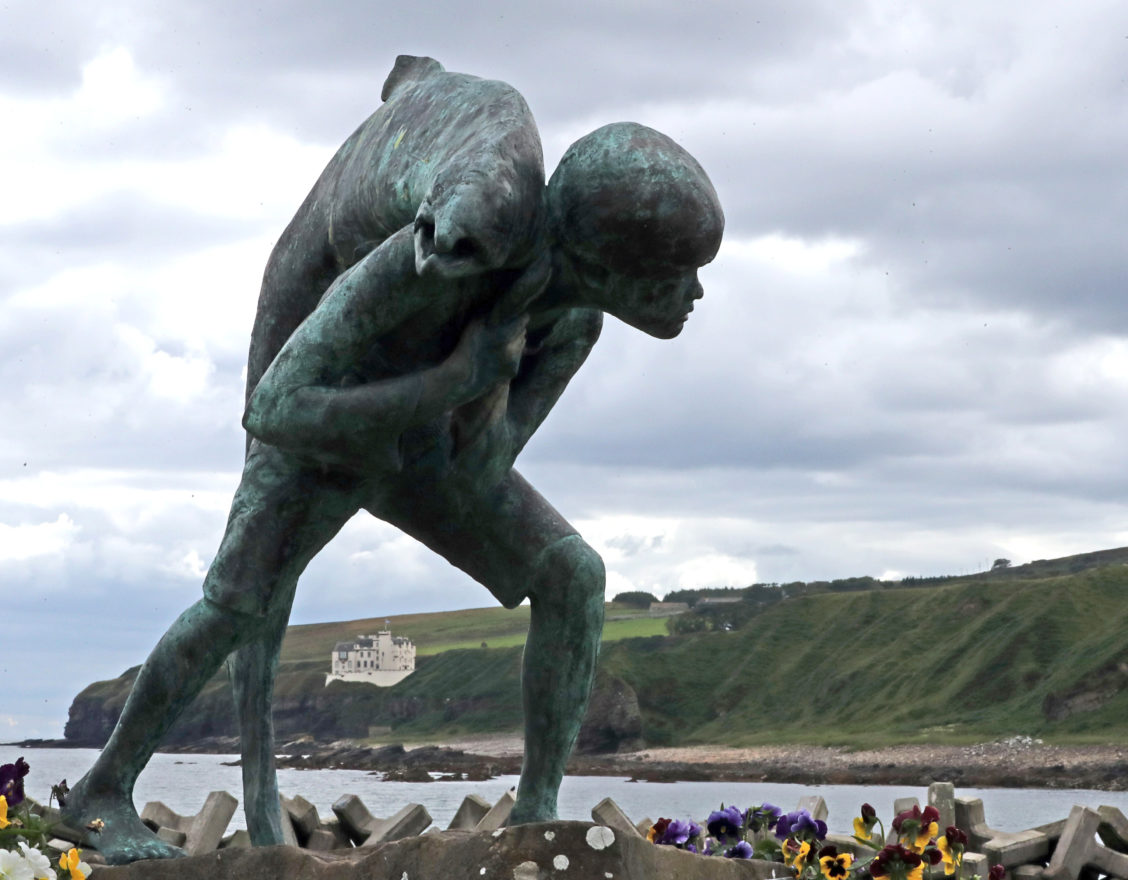 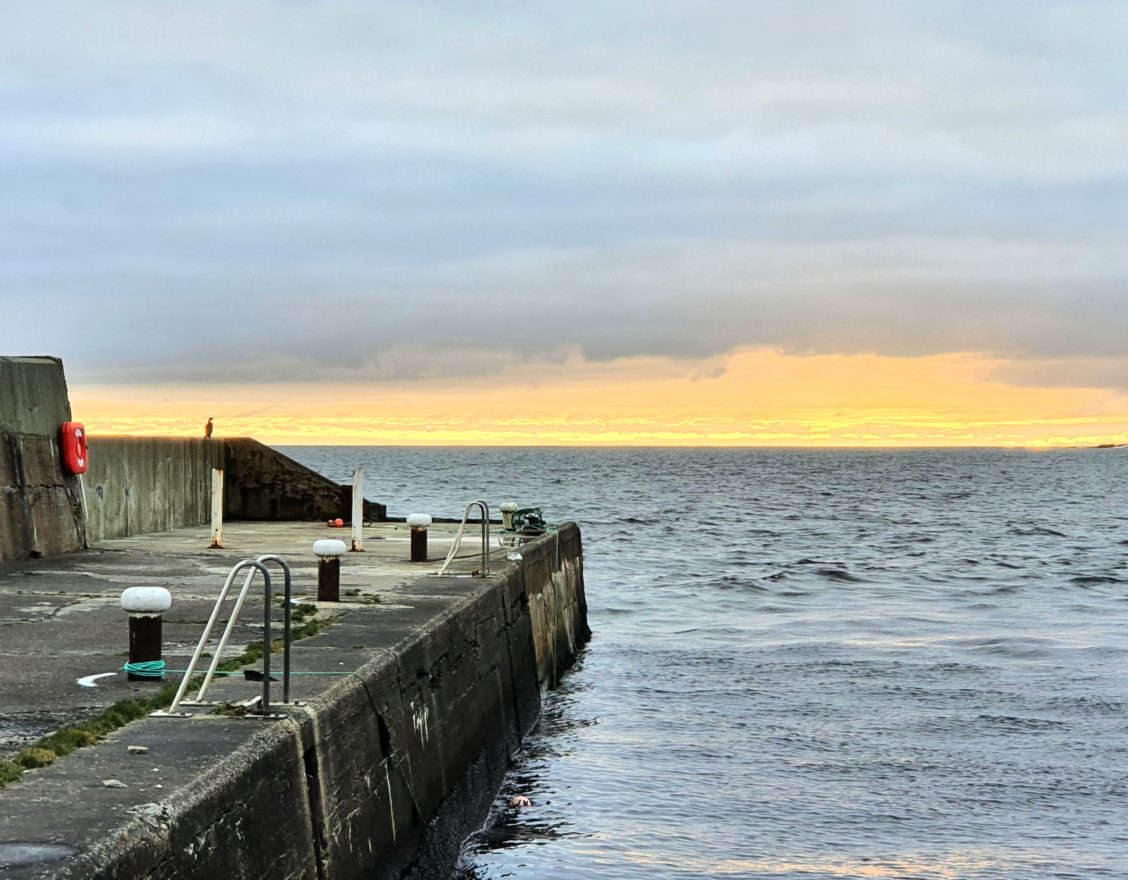 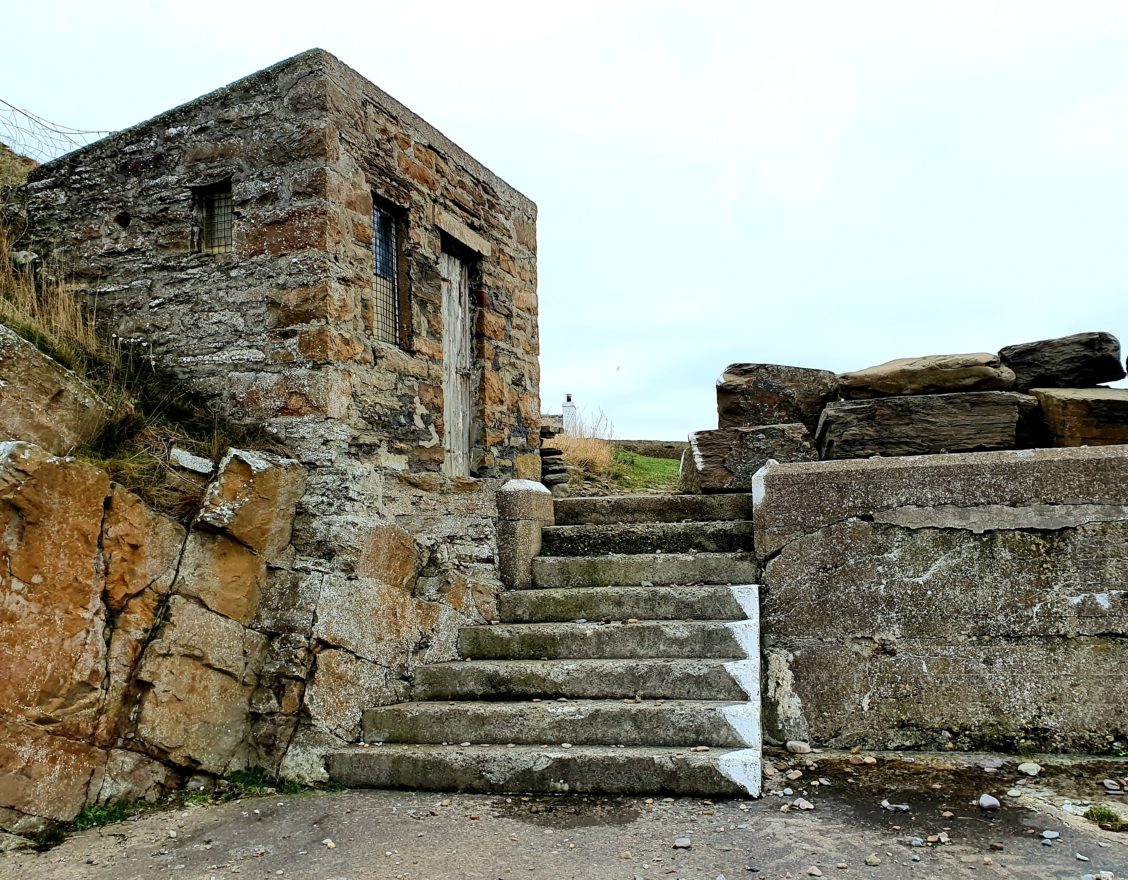 Also known as Portormin, Dunbeath harbour was built around 1800 to cash in on the herring boom of the early 19th century. It provides a great viewpoint across to Dunbeath Castle perched on the cliff top, with the village itself the birthplace of Neill Gunn, the famous writer and novelist. He is commemorated at the harbour by a statue of one of the characters from his book ‘Highland River’. Dunbeath is a quiet beauty spot, and continuing past the pier leads to a picnic area by a sandy shore.

A number of quays are found along Dunbeath Water, ending with a stone-built pier. On the south bank is the ruin of a timber breakwater, and a large vaulted ice house is built into the side of the cliff. At one time, ice was cut out of the river in winter and stored here. There is also a three-storey stone-built storehouse with an external stair to the first floor. At the height of the herring boom, over a hundred boats would have operated out of Dunbeath Harbour – but now only a handful of lobster creel boats are berthed there.

A metal footbridge leads across to the other side of the river to the former fishing township of Balcladich. The old houses here belong to Dunbeath Estate, and have been renovated as holiday homes.

Born in Dunbeath, Neil Gunn (1891-1973) emerged as one of the leading figures of the Scottish renaissance of the 1920s and 1930s. Like his contemporary Hugh McDiarmid, Neil Gunn was politically committed to Scottish Nationalism and socialism. You can find out more about Neil Gunn in the Dunbeath Heritage Centre on the old road towards the southern junction leading onto the A9.

For more information about the area, see Dunbeath Village and Dunbeath Castle.

At the harbour is a statue of ‘Kenn and the Salmon’, the main character of Neil Gunn’s Highland River.