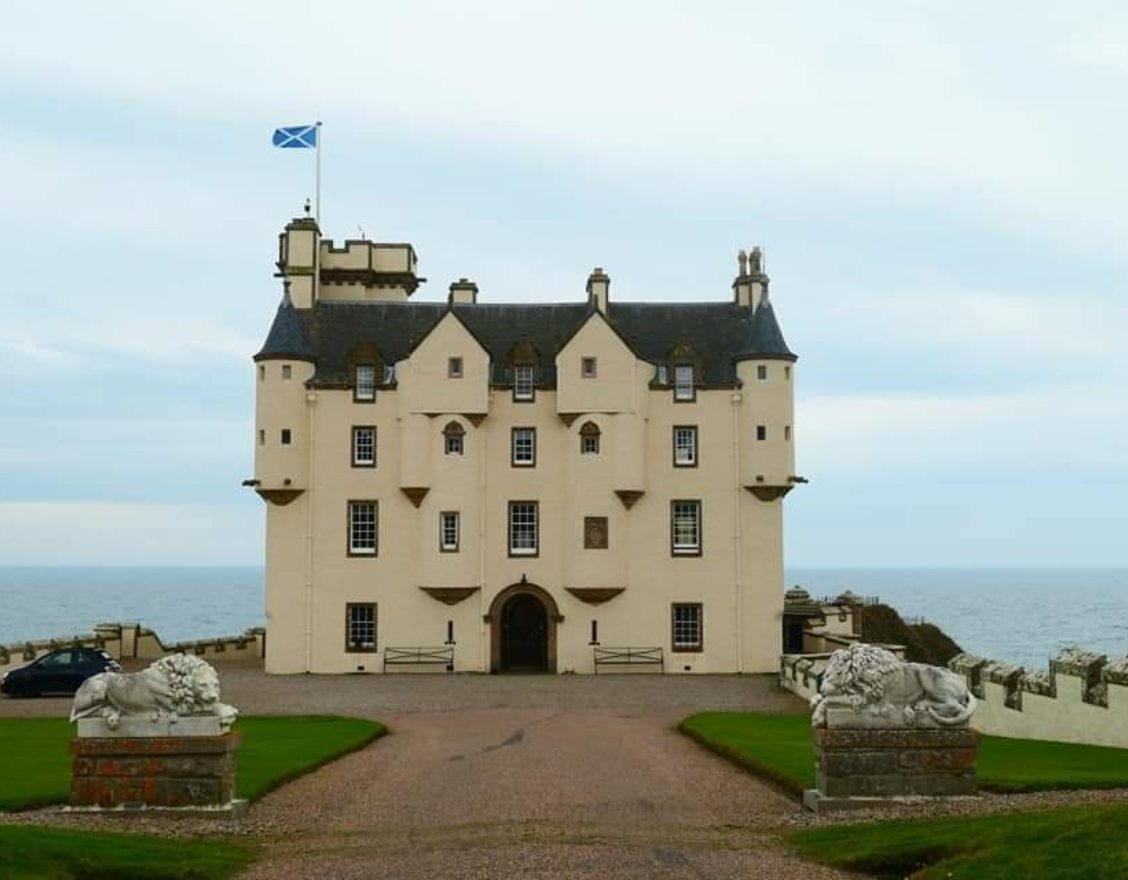 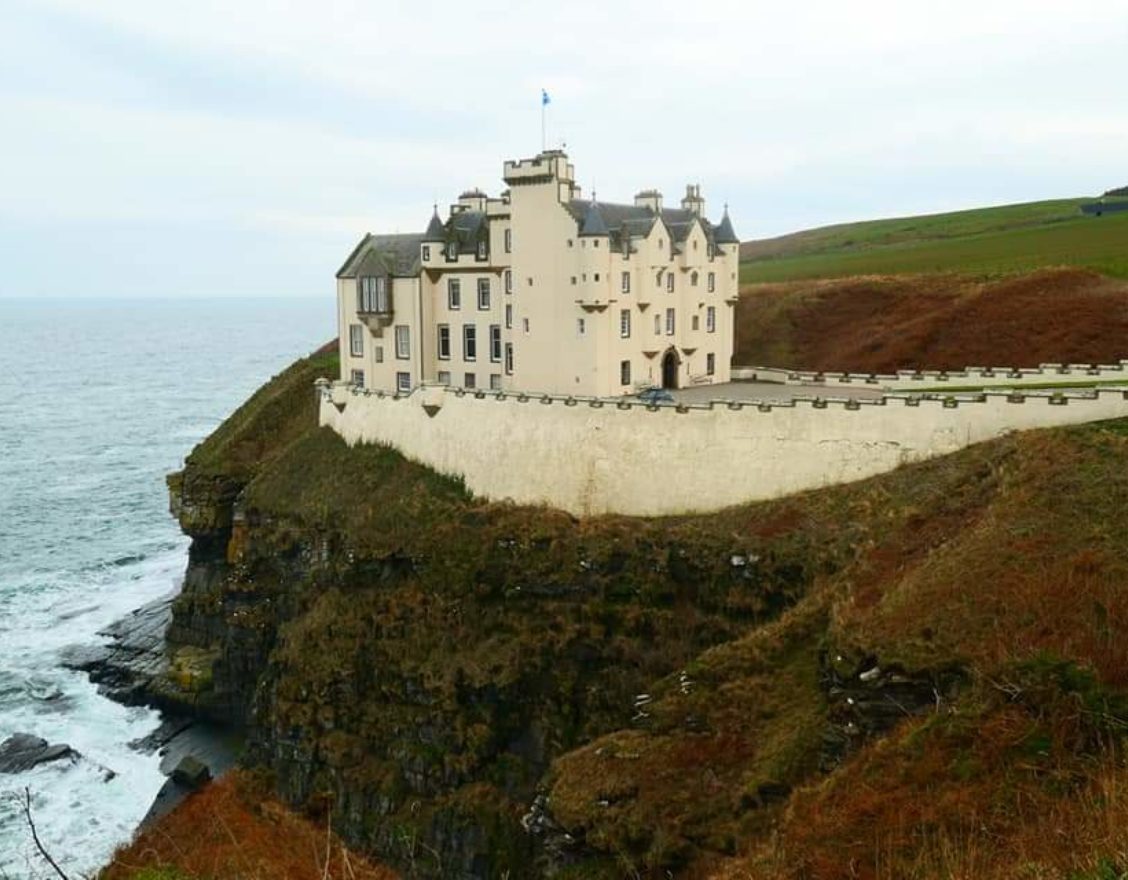 This imposing white-washed building makes a dramatic statement perched on a rocky peninsula overlooking the Moray Firth. Although a castle has stood here since the 15th century, the present structure is mainly of 17th-century origin with 19th-century extensions. Dunbeath Castle is a private residence and is not open to the public. However, the gardens are accessible and some estate properties are available to rent for short stays.

A castle is first recorded on this site in 1428, when the lands belonged to the Earl of Caithness. The first recorded laird was Alexander Sutherland, but it later became the property of the Clan Sinclair through the marriage of Alexander’s daughter to William Sinclair (1410-1484), the first Sinclair Earl of Caithness. The Sinclairs replaced the earlier structure with a four-storey tower house in 1620. In March 1650, Dunbeath was attacked by the Royalist forces of James Graham, 1st Marquess of Montrose - to be defended by Catherine Fraser, wife of Sir John Sinclair.

The castle was extensively remodelled in the 17th century by Sir William Sinclair, and again in 1853 and 1881, under the architect David Bryce. Among the alterations he made was the symmetrical front face of the building, and the long straight driveway cut into steep banks through woods and lawns. Visitors are known to have commented that it has one of the most dramatic approaches to any house in the world.

The oldest part of the castle lies at the south-west corner, and dates largely from the 17th century. More modern additions have been made to the north and east, in a Scots Baronial style to match the earlier building, although the interiors are much altered. The defensive site was enhanced by a dry ditch on the landward side, which cuts across the narrow promontory on which the castle stands.

The site’s 325 years of occupation by the Sinclair Clan came to an end in 1945 when the castle was sold to Bertram Currie. Since then, it has changed hands a number of times; its current owner – Stuart Wyndham Murray-Threipland – bought the castle in 1997.

You can find out more about Dunbeath Castle, as well as other archaeological and historical sites, on Canmore, Scotland’s historic environment record.

A very narrow secret staircase can still be found in the castle today!