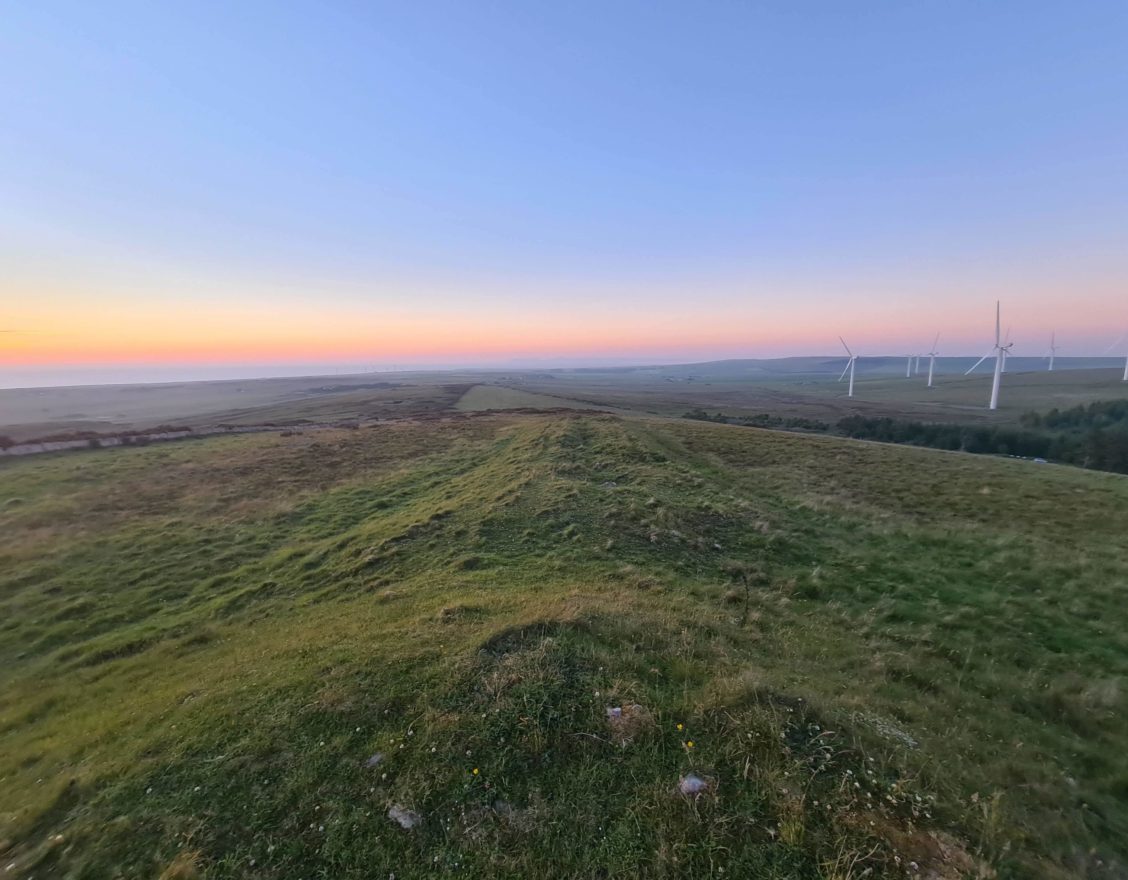 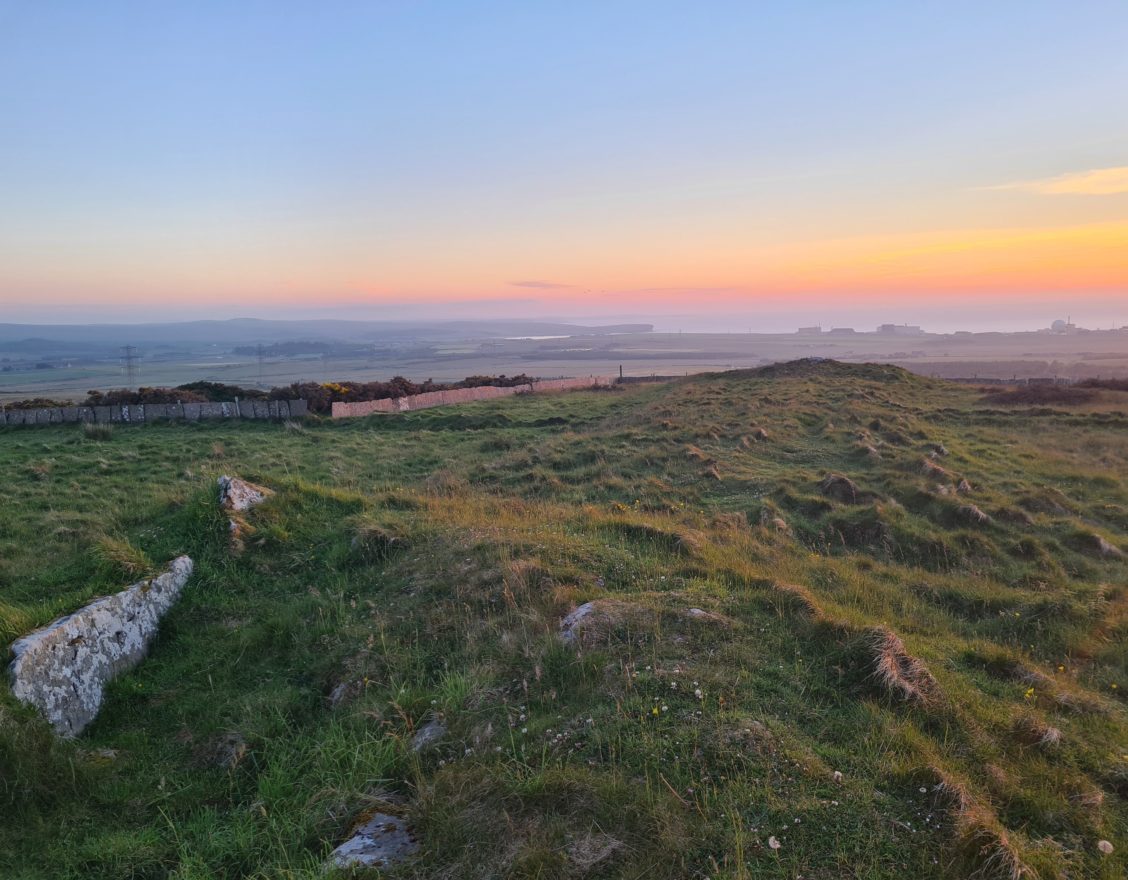 Two prehistoric burial cairns set in open countryside, probably constructed around 5,500 years ago. The cairns have been robbed and left as ruins, there still may be much to reveal about Neolithic society and beliefs here in the future.

The Cnoc Freiceadain long cairns comprise two distinct burial monuments, set at right angles to one another, and dominating the skyline atop Cnoc Freiceadain (‘watch hill’ or ‘guard hill’). Dating to the Neolithic period, they are thought to be roughly contemporaneous in date, having been constructed during the 4th millennium BC (or approximately 5,500 years ago). Similar cairns can be visited at the Grey Cairns of Camster and on the Yarrows archaeological trail.

The mounds are largely turf-covered and have never been excavated by archaeologists, but comparisons with other sites suggest that the cairns are likely to be corbelled with lintelled entrances. The cairns are described as ‘long-horned’ on account of their mounded ends with forecourts formed of upright slabs, some of which can be seen through the grass. As collective burials, these impressive monuments would have been important places in Neolithic communities, and may have been used as gathering places or for specific funerary rituals.

The view from the top of Cnoc Freiceadain takes in both the oldest structures in the area (the cairns) and one of the more modern (Dounreay Nuclear Power Station), with extensive views across much of Caithness and across to Orkney.

You can find out more about Cnoc Freiceadain, as well as other archaeological and historical sites, on Canmore, Scotland’s historic environment record.

The cairns were sometimes known by the alternative name Na Tri Shean (‘the three fairy mounds’) due to the three prominent humps the monuments create in the landscape. This name, now generally applied to the south cairn only, suggests that in later history the people of Caithness attributed these mysterious constructions to the fairy-folk – who are widely attested to in Scottish folklore.