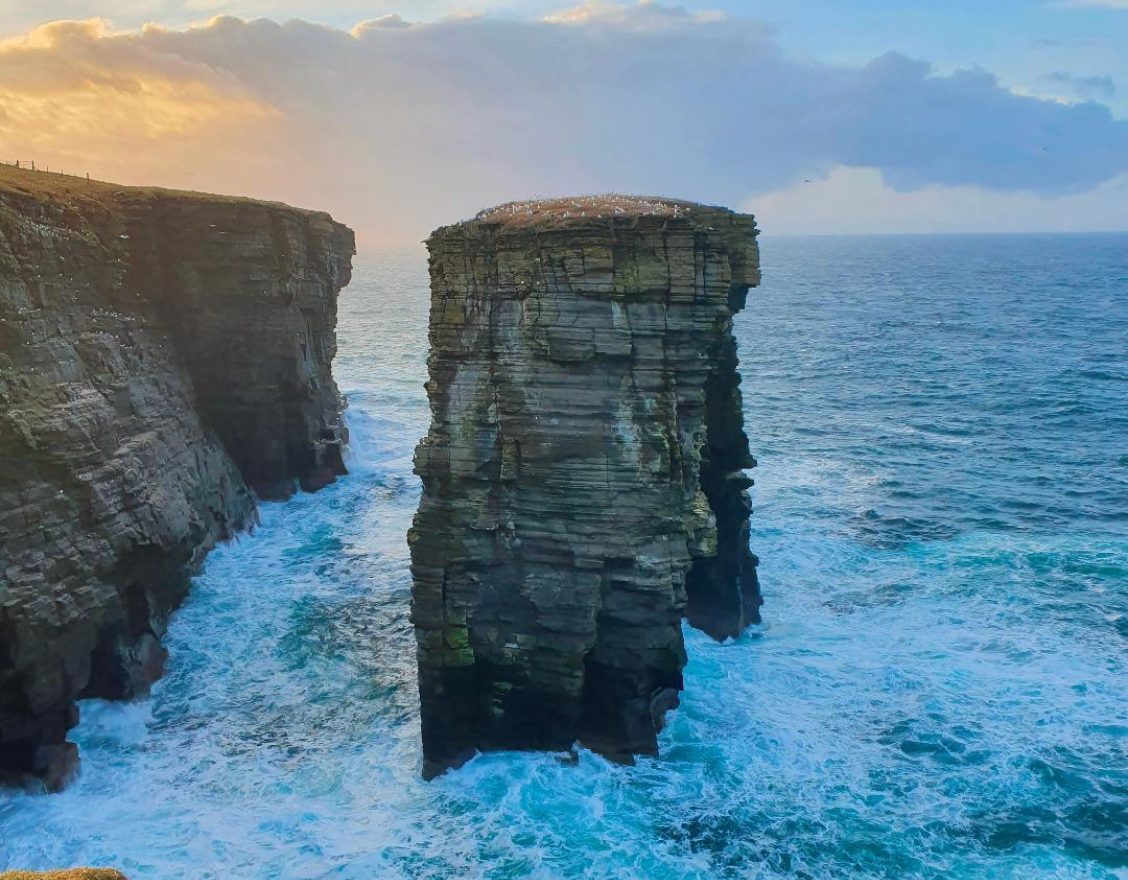 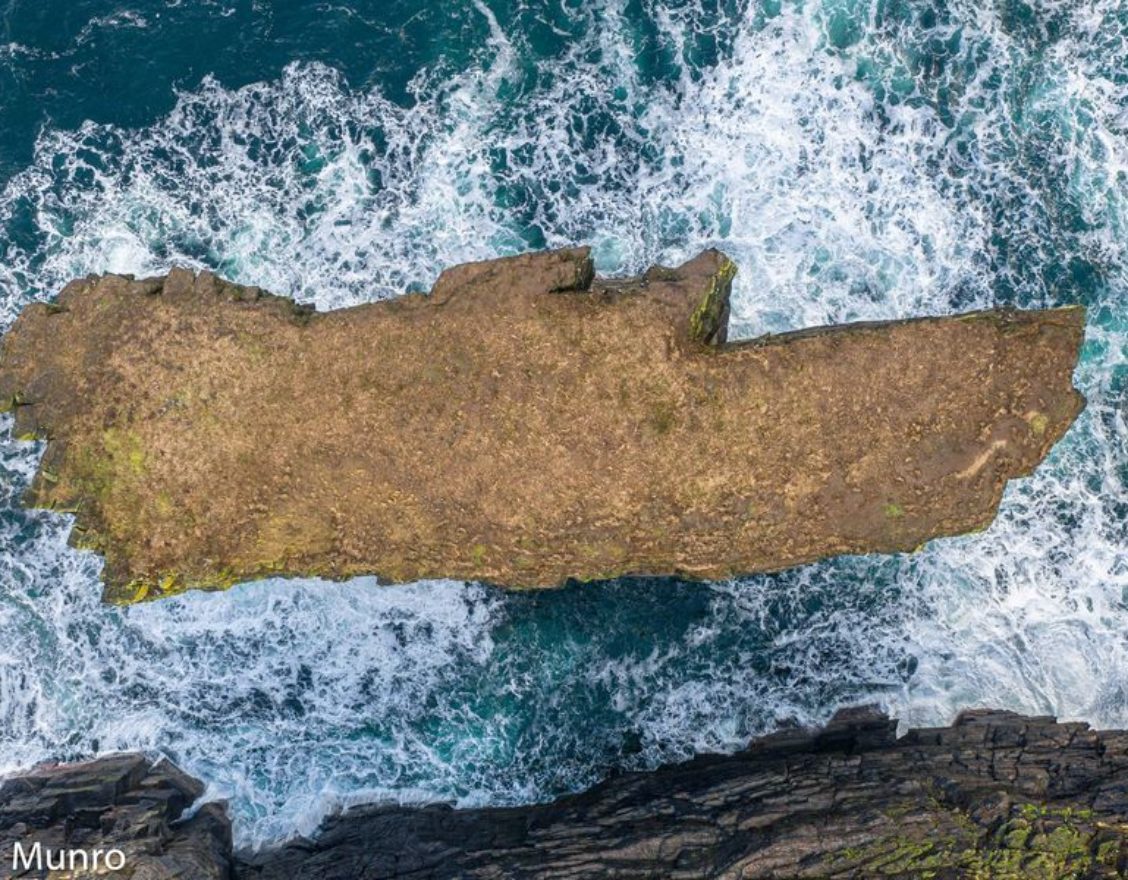 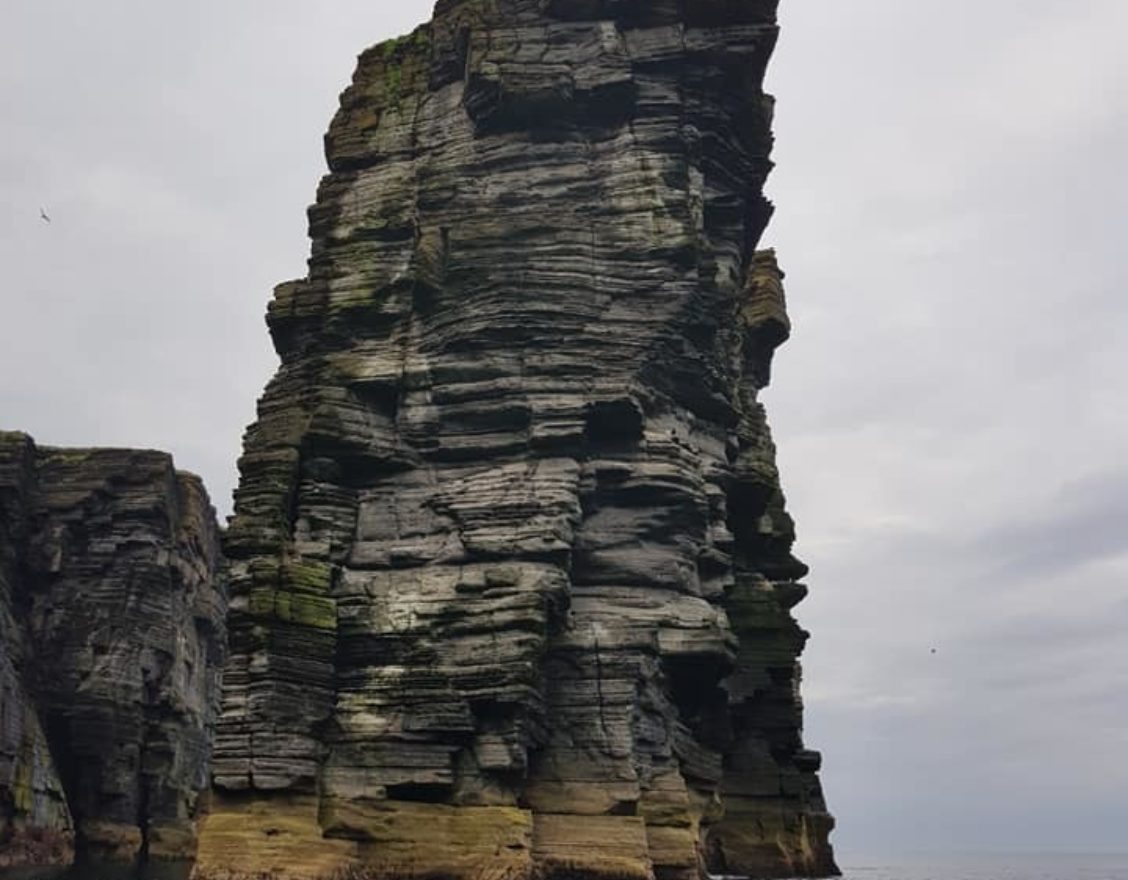 A solitary sea stack which lies off the headland at Holborn Head. The spectacular cliffs, blow holes, ledges, and horizontal overhangs make a venture to the Clett an awe-inspiring experience.

The Clett Rock is a large, grass-topped sea stack of old red Caithness sandstone. It stands 30m high and is separated from Holborn Head by a 15m-wide channel.

Clett derives from Old Norse Klettr meaning ‘shoreline rock’. The most dramatic view of Clett Rock is from the sea – unfortunately not an option for most visitors – but that from land is almost as spectacular! Park at Scrabster Harbour then walk north for a short time along the road to the lighthouse. A gated path on the left takes you up the hill and onto the top of Holborn Head. The path to the headland can sometimes be boggy, and crosses stiles and small bridges.

Holborn Head itself is a stunning location, with panoramic views over to Dunnet Head and the Orkney Islands. Several blow holes and impressive geological features including geos, caves and natural arches can be admired here, the most famous being The Devil’s Brig. The sheer cliffs are home to a large number of sea birds.

Visitors can return by the same route back to Scrabster, or, for those looking for a longer walk, by taking the path around the cliff tops and back inland towards the village of Scrabster, ending with a descent down steep concrete steps back to the harbour (the loop is approximately 7.5km). The area around the headland is unfenced so care should be taken when visiting, especially with young children.

The sedimentary rock layers comprising the Clett are set at an angle, creating the optical illusion that the sea is travelling uphill!