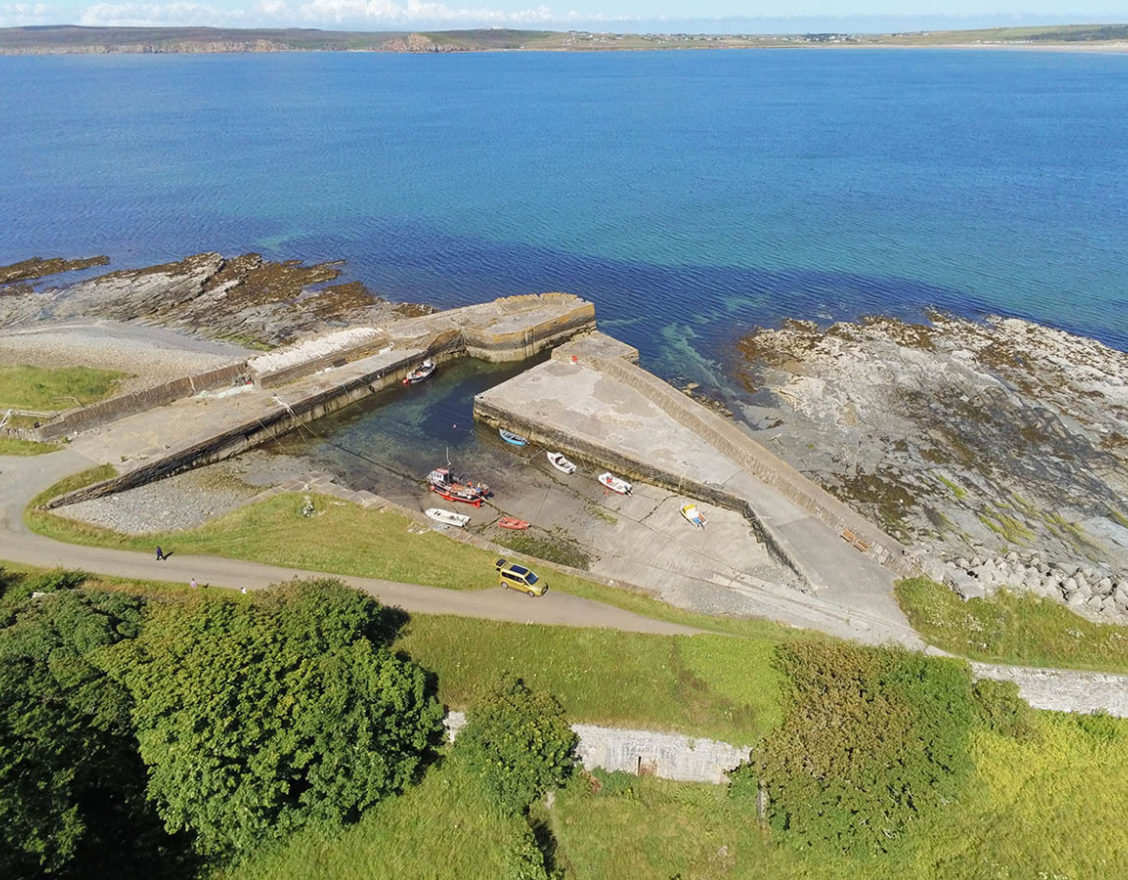 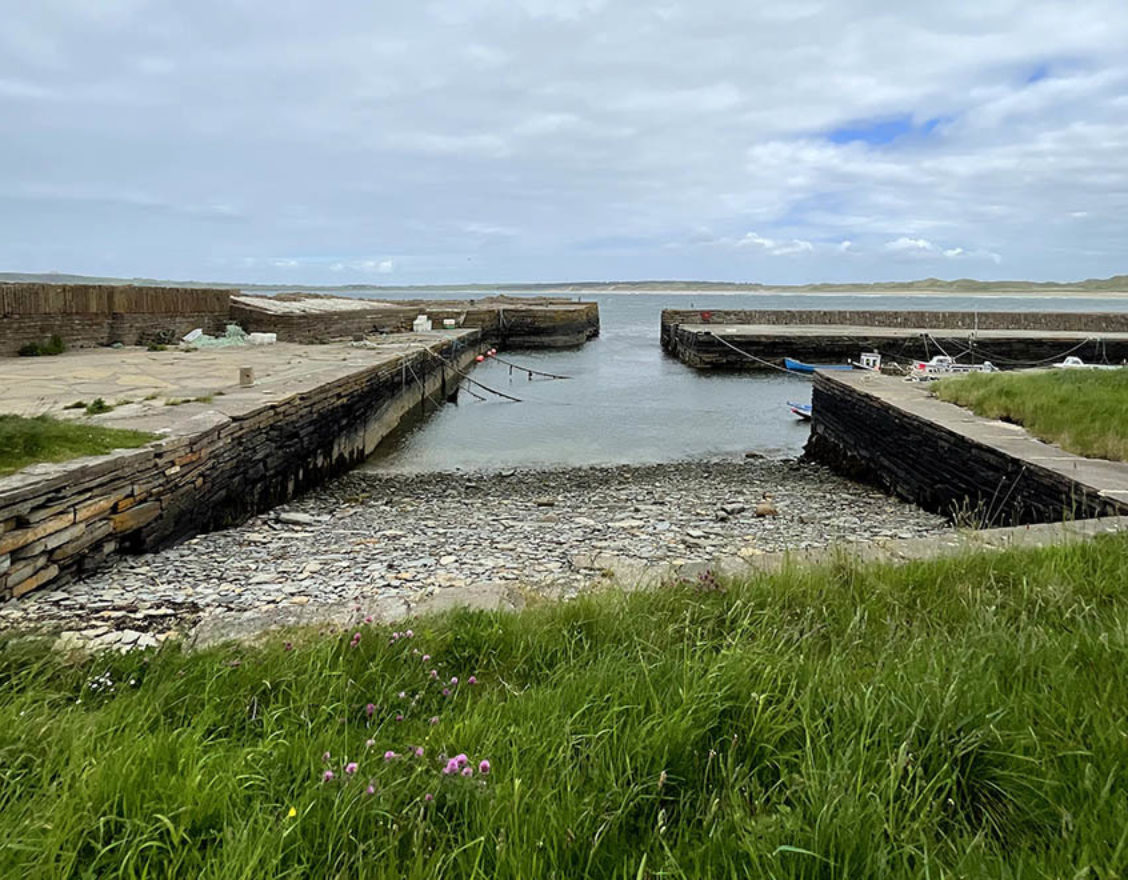 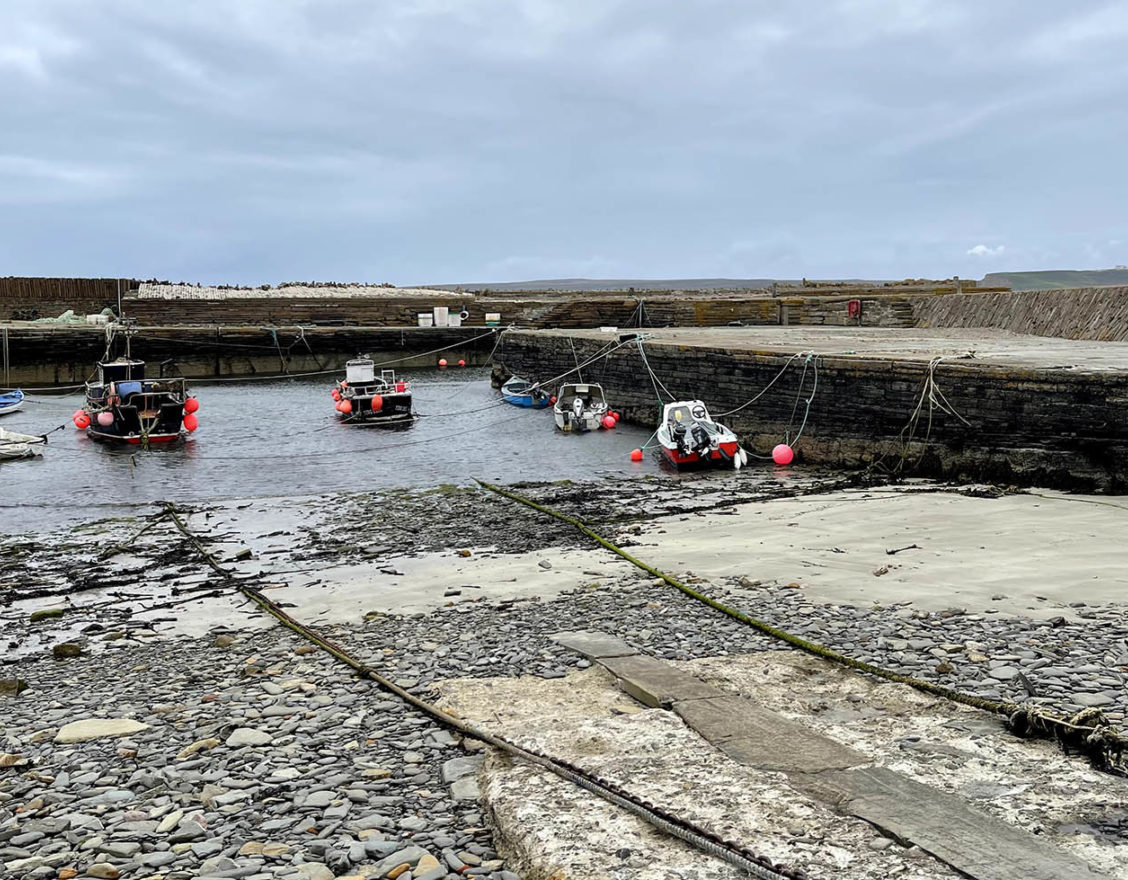 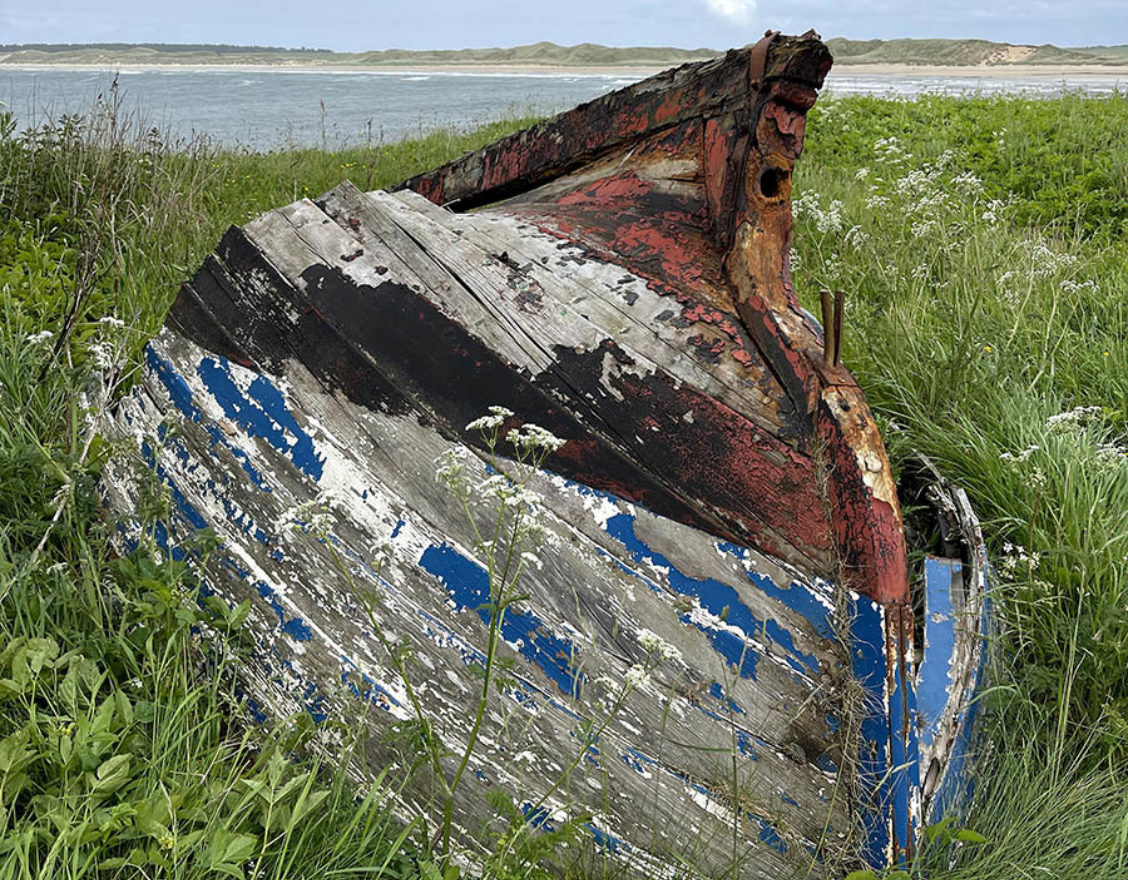 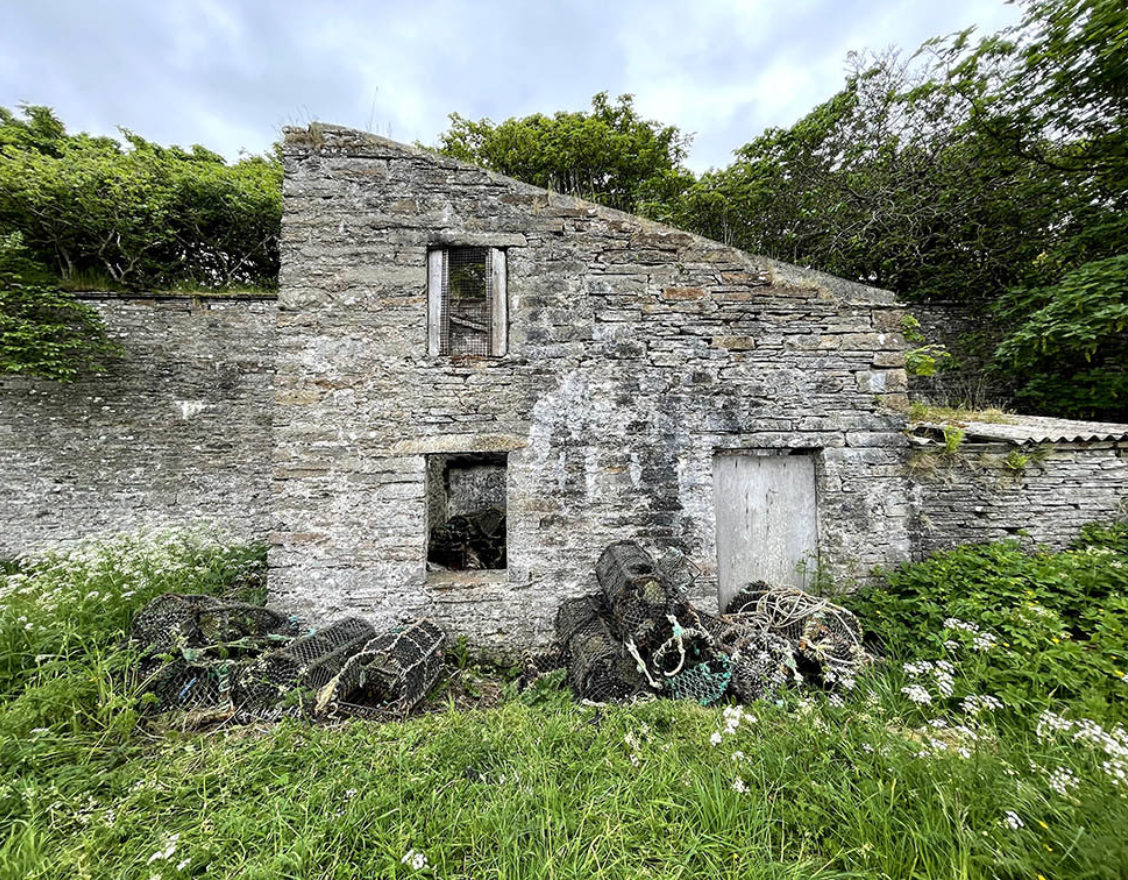 A harbour with a rich history: designed and built for stone export, it is now used by small fishing boats.

Castlehill Harbour was built in the 1820s by the engineer James Bremner for James Traill, after he purchased Castlehill House and established the flagstone industry at Castlehill Quarry.

Still a working harbour today, Castlehill was built to ship the flagstone produced by the quarry around the world. Ships returned with their loads of coal, oil cake, and other feedstuff.

The quarry can be seen on old photos on Canmore. It was subsequently used as a municipal rubbish dump but was later covered with soil and planted as a small woodland, which is popular with locals.

The harbour stonework facing the sea is placed vertically so that waves cause less uplift on individual stones. This feature, common to harbours around the Caithness coast, is reputedly an innovation attributable to James Bremner.