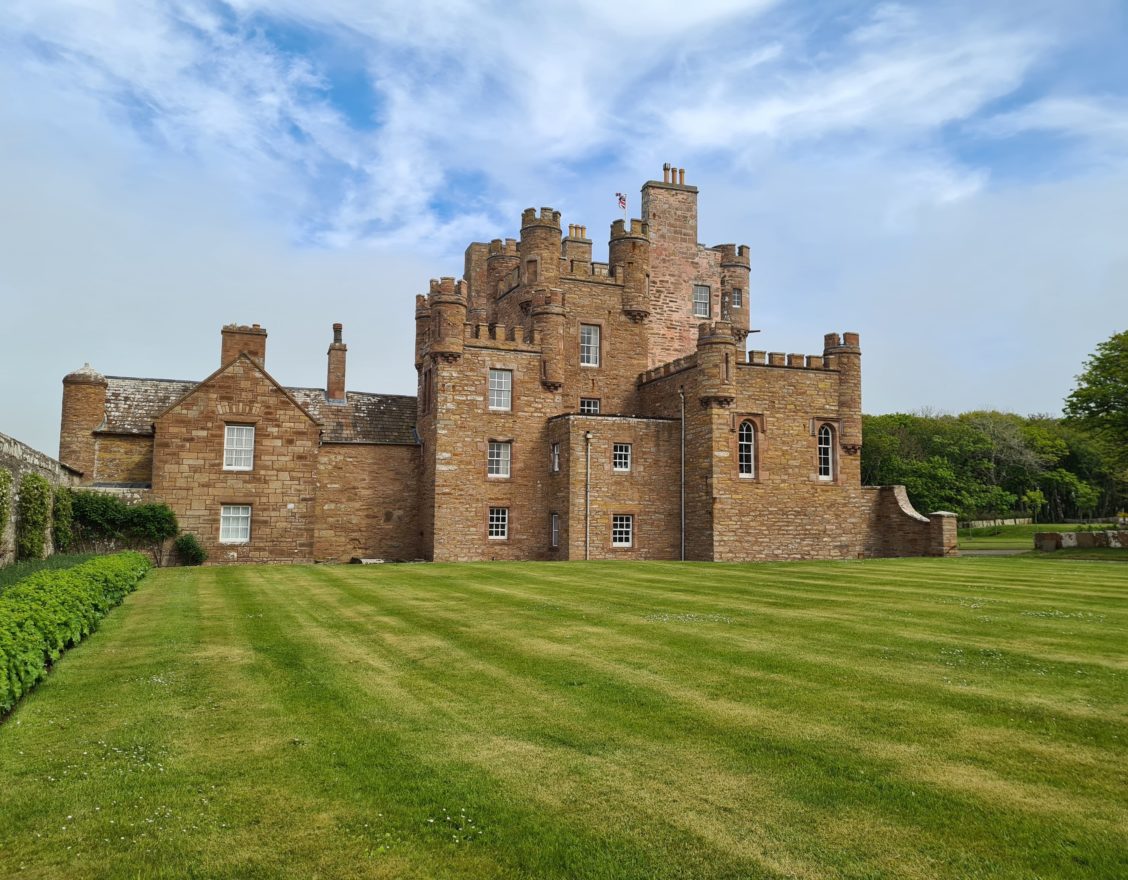 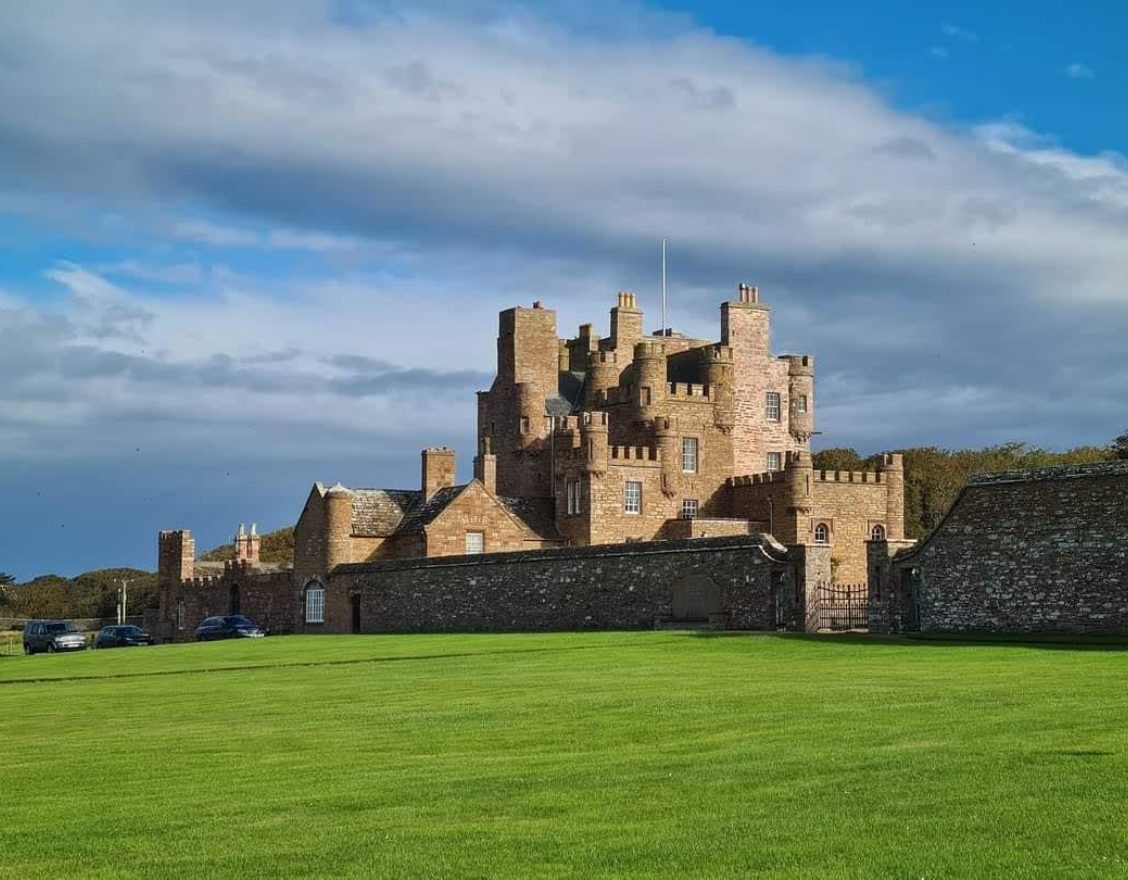 This little castle was the property of Queen Elizabeth, the Queen Mother, from 1952 until 1996. Before becoming the property of the Royal Family, it was known as Barrogill Castle, and was in a semi-derelict state when was purchased. In 1996 the Queen Mother gifted it to the Castle of Mey Trust, although the Royal Family still maintain a connection with the site and Prince Charles stays for a few days each summer. It is now open to the public for visits, and is a venue for weddings and other functions. A number of the estate properties are available to let on a B&B or self-catering basis.

The Castle of Mey was the original name of the building when it was first built in the 16th century. Its name was changed to Barrogill Castle in the late 18th century, before the Queen Mother restored its original name when she purchased it in 1952.

The castle was built between 1566 and 1572 by the 4th Earl of Caithness, George Sinclair, for his second son, William. After a series of family murders and intrigue, the castle passed to the Earl’s third son, also known as George. He founded the family of the Sinclairs of Mey and his descendant succeeded to the Earldom in 1789. This was the time at which the name was changed to Barrogill Castle and it became the seat of the Earls of Caithness for the next one hundred years.

The 15th Earl died at the age of 30, never having married or had children. The castle was left to a family friend F.G. Heathcote. On his death the castle was sold to Captain F.B. Imbert-Terry, who subsequently sold it to the Queen Mother in 1952.

That was the year the Queen Mother lost her husband, King George VI. While still in mourning, she spent some time with her friends Commander and Lady Doris Vyner at the House of the Northern Gate on Dunnet Head, a short distance to the west. She purchased the castle and set about renovating and restoring it and the gardens and parklands, which extended to about 30 acres. The Queen Mother would spend three weeks each August and ten days each October at the castle.

The royal connection is kept to this day through Prince Charles. Known as the Duke of Rothesay when in Scotland, he rents the castle from the Trust for a few days each August. He also promotes much of the area’s local produce through the ‘Mey Selections’ brand name.

You can find out more about Castle of Mey, as well as other archaeological and historical sites, on Canmore, Scotland’s historic environment record.

The Queen and other members of the Royal Family would regularly visit the Queen Mother at the castle while on their summer holiday, with the Royal Yacht anchoring in Thurso Bay. The Queen would come ashore at Scrabster and she and the family would drive to the Castle to spend the day with her mother.