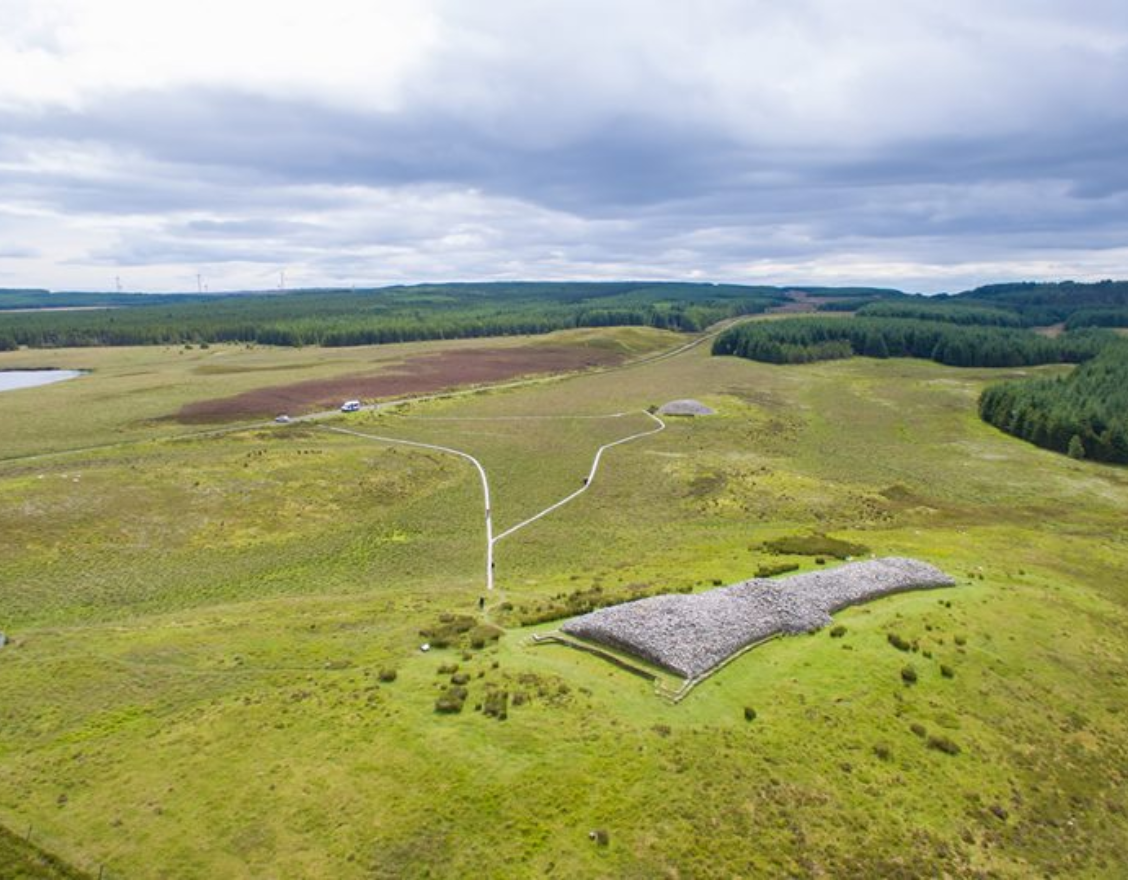 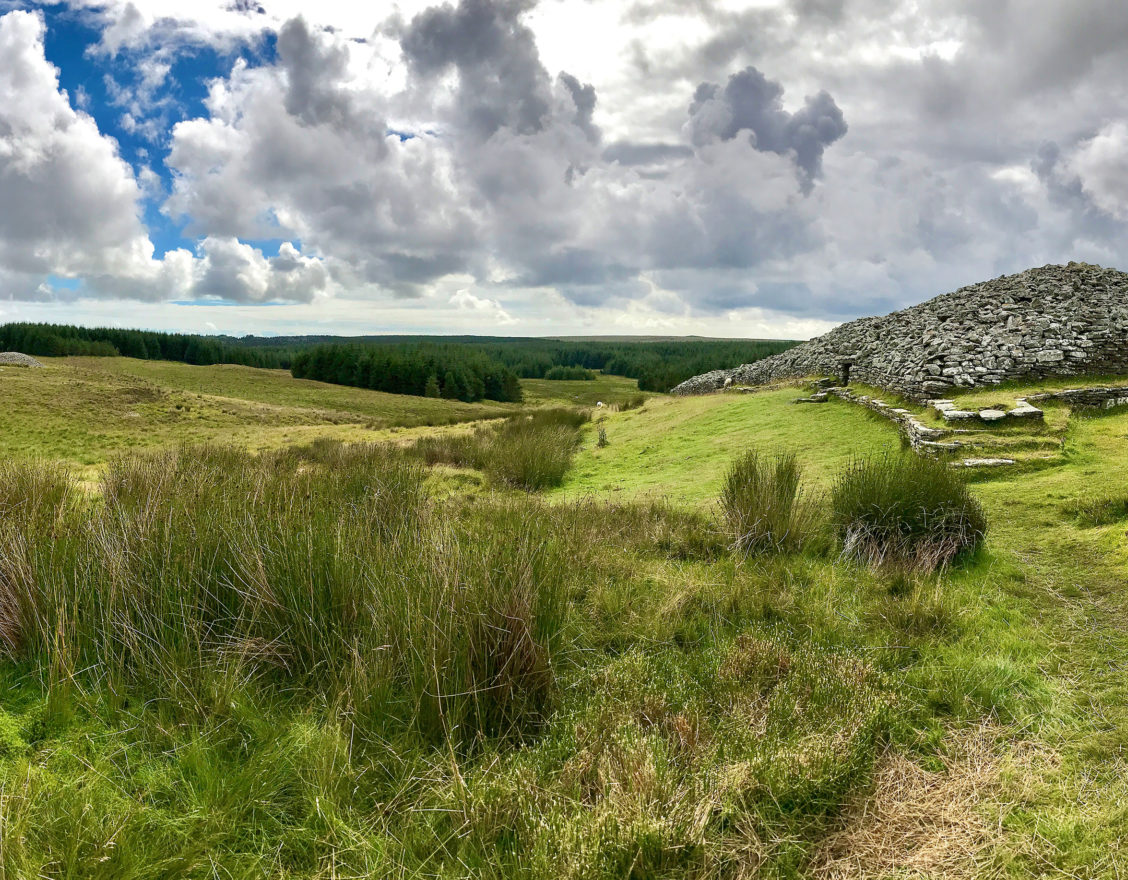 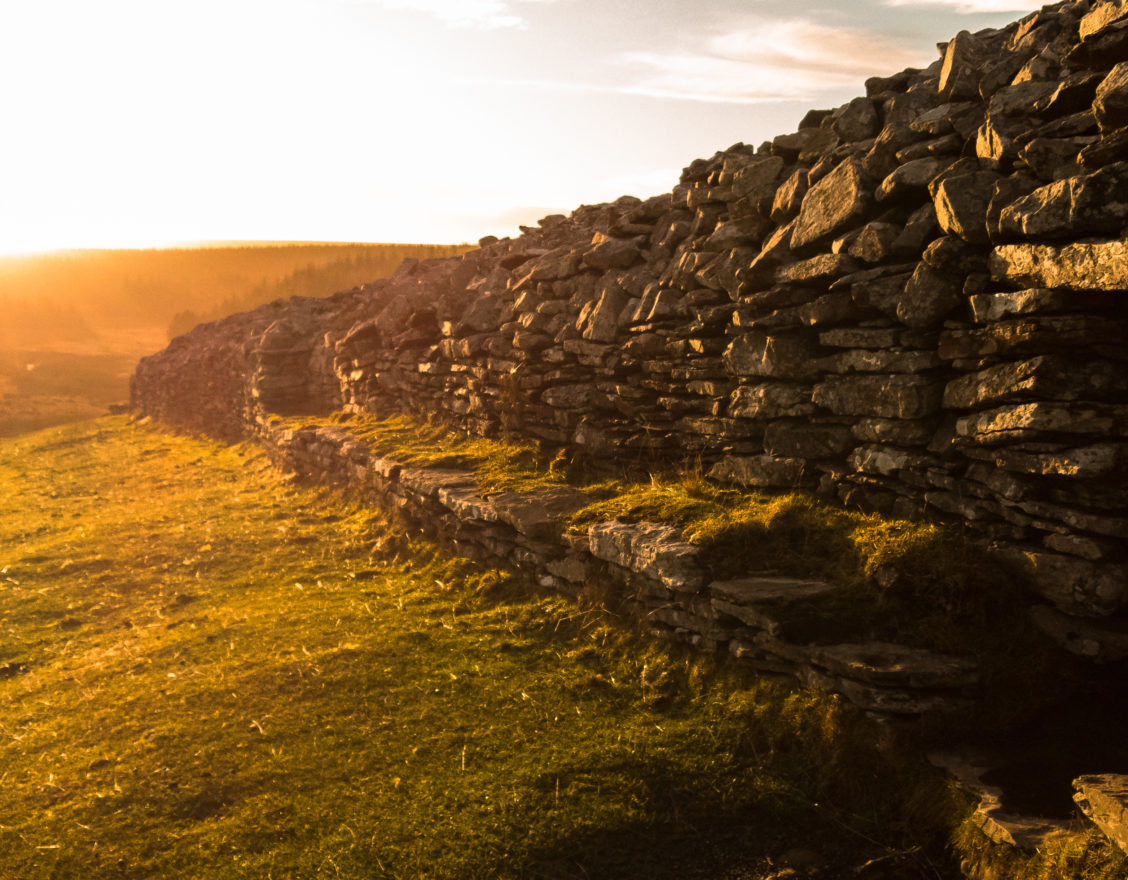 These impressive burial monuments were constructed around 5,000 years ago by Caithness' Neolithic inhabitants. Comprising two separate structures - a long cairn and a round cairn - the Grey Cairns of Camster are situated in the middle of the famous Flow Country, which may have aided their preservation by shielding them from intensive farming practices.

The long cairn has two internal chambers and characteristic 'horns' demarcating the northeastern forecourt. Subject to excavations in the 1860s, its original profile would have looked somewhat different; each of its two burial spaces originated as smaller round cairns, which were then incorporated into a much larger monument.

Smaller than its neighbour, the round cairn houses a single chamber with three compartments separated by upright slabs. Access is through a cramped passageway, opening into the larger interior with a corbelled roof. Excavations revealed two skeletons, burned human remains, flint tools and pottery.

Similar cairns exist at Cnoc Freiceadain near Reay, although these have not been excavated. These two sites may have been broadly contemporaneous, and belong to a wider category of burial monuments found across Scotland.

You can find out more about Camster Cairns, as well as other archaeological and historical sites, on Canmore, Scotland’s historic environment record.

The Grey Cairns of Camster have stood in Caithness for longer than the great pyramids of Egypt!