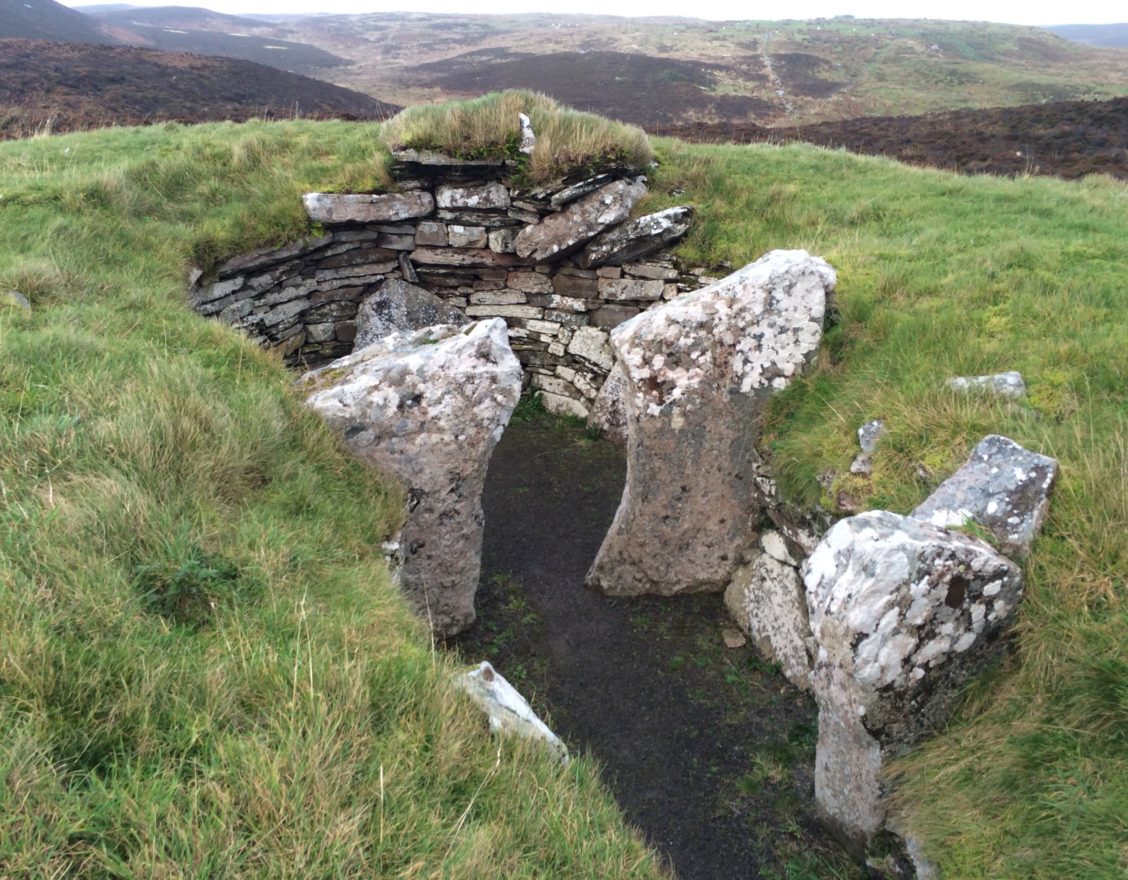 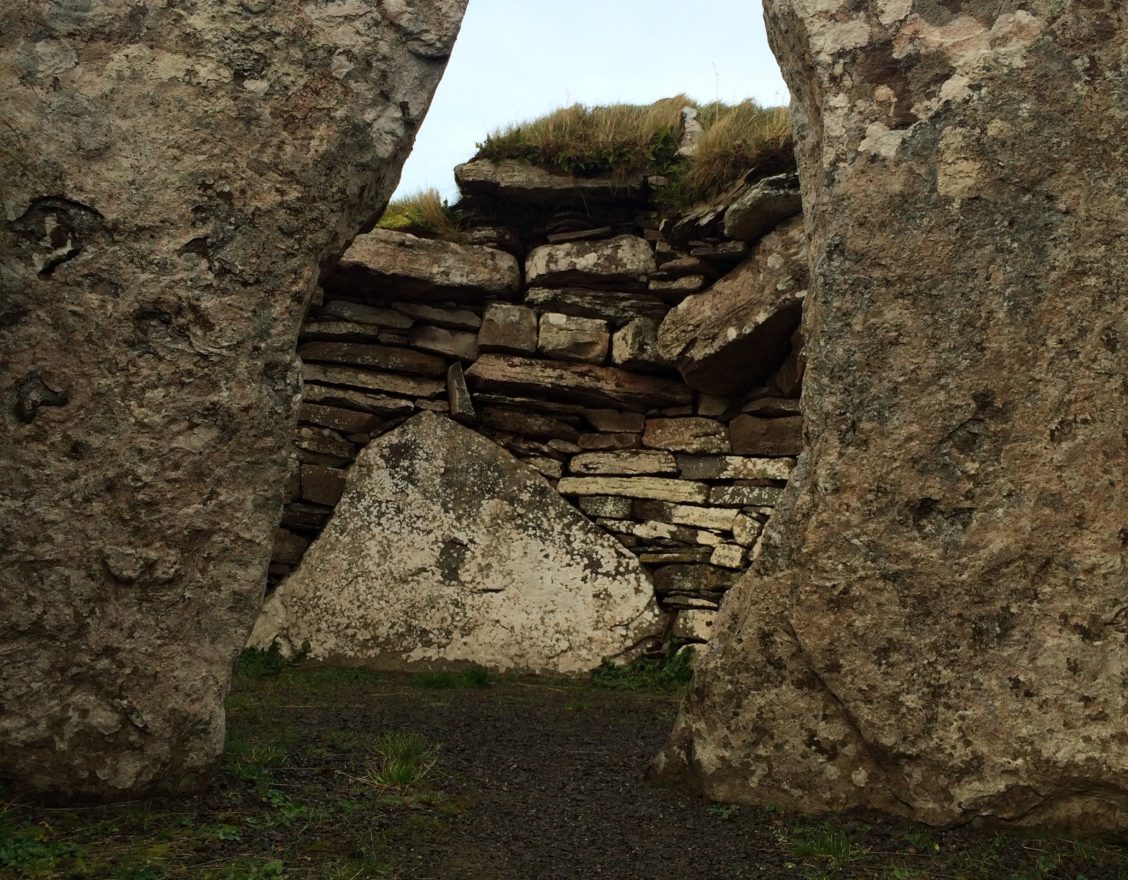 A well-preserved example of a Neolithic chambered cairn, constructed around 5,000 years ago and set within a landscape rich in prehistoric monuments. You can still step inside the burial chamber and view much of the original structure, including the upright ‘portal’ stones separating the two chambers.

Cairn o’ Get, also known as Garrywhin, is a short horned cairn of Orkney-Cromarty type. It was first excavated in 1866 by Scottish antiquarian Joseph Anderson, which produced finds including human and animal bones, a deposit of wood ash, leaf-shaped flint arrowheads, and Neolithic pottery.

Originally, the monument comprised a simple round cairn with a central chamber, which was later elaborated with stone ‘horns’ to create forecourts at its north and south ends. The main chamber was preceded by a smaller antechamber, reached via a low, narrow passage. While now open to the air, the chambers would once have been enclosed by massive stone slabs, although these roof lintels collapsed long before the cairn was excavated.

In the area immediately surrounding Cairn o’ Get are the remains of other burial monuments, Garrywhin hill fort, hut circles, and brochs (Loch Watenan), amongst others.

You can find out more about Cairn o' Get, as well as other archaeological and historical sites, on Canmore, Scotland’s historic environment record.

The majority of the burials discovered during the 1866 excavation were found in the antechamber, not the main chamber – and were said to belong to at least seven different people.