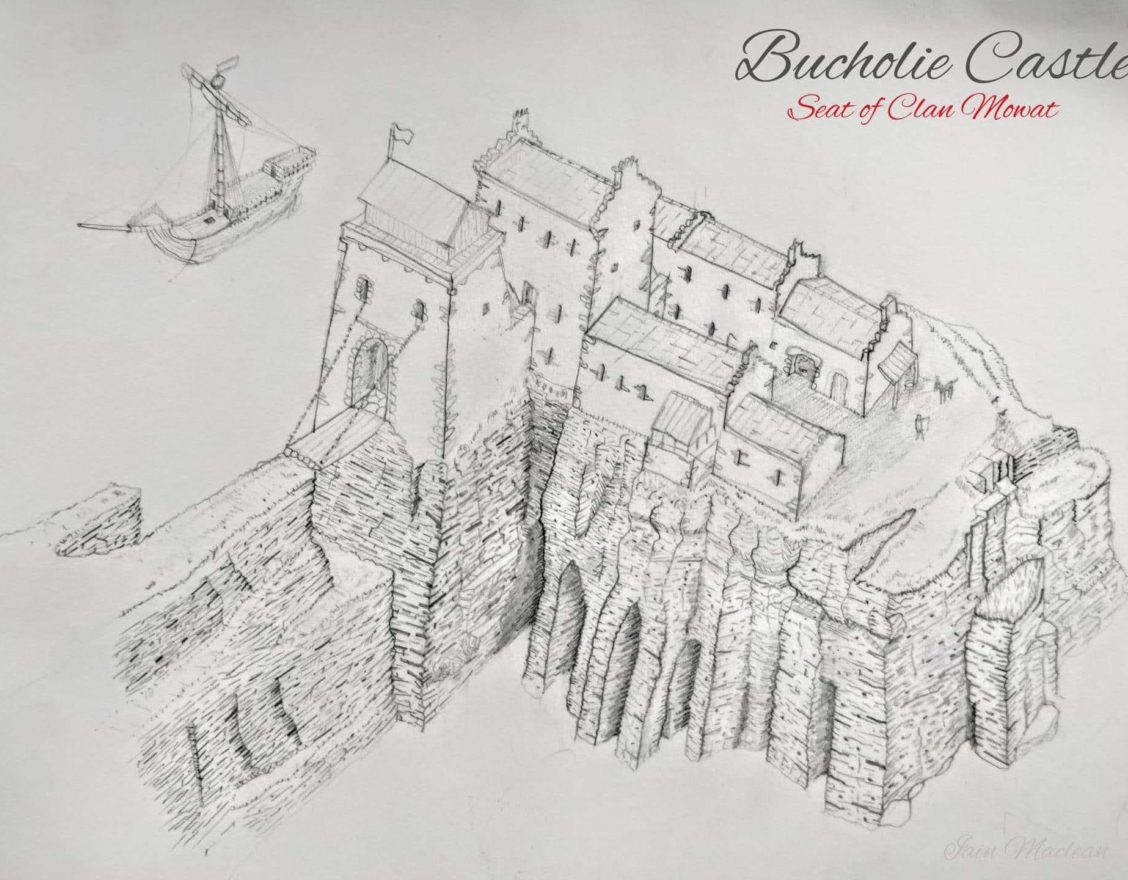 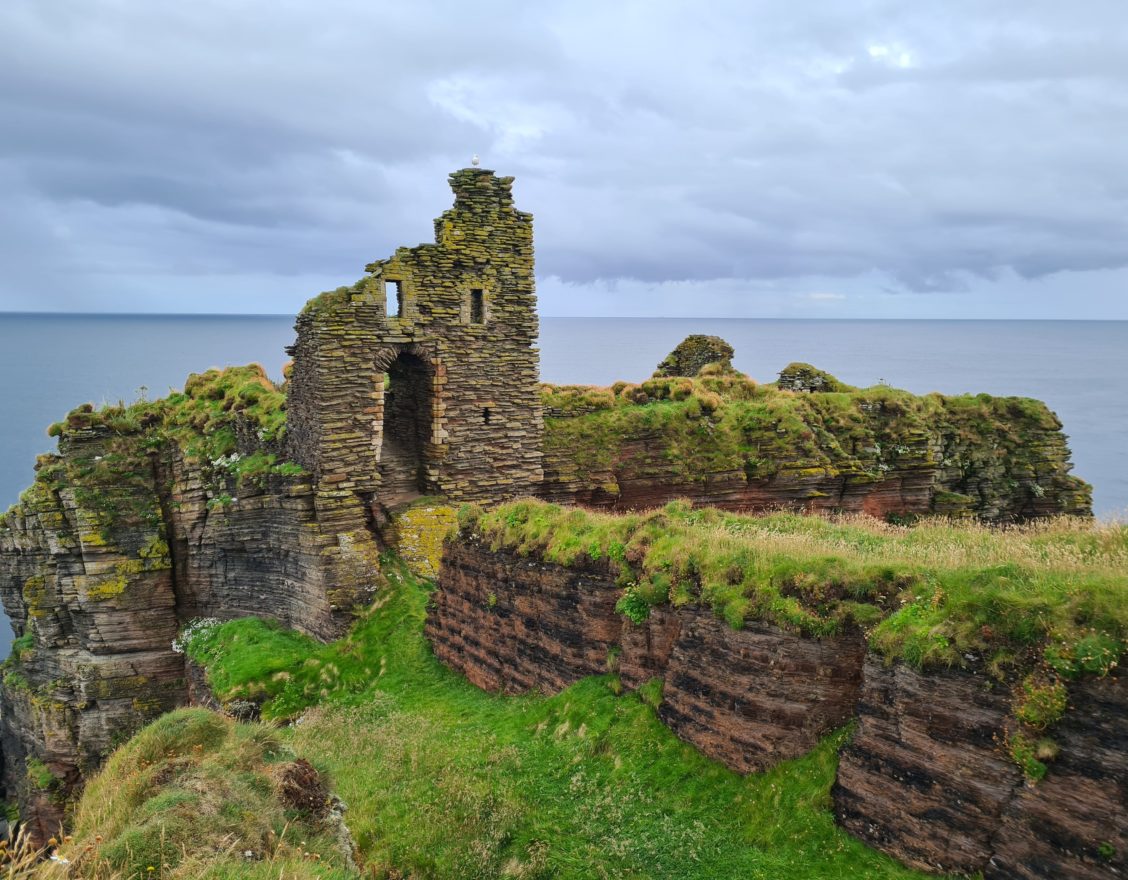 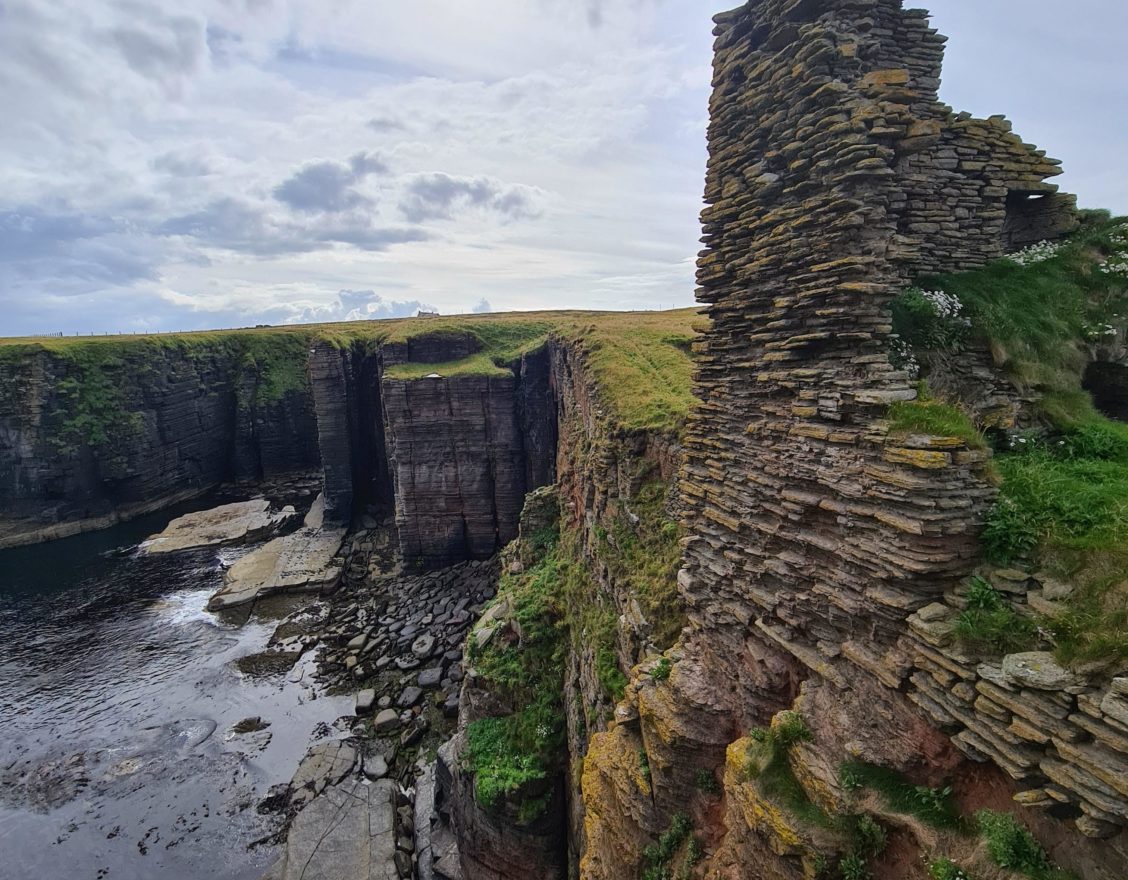 Bucholie Castle is perhaps one of the most picturesque - yet perilously perched - castles in Caithness! A brilliant 'hidden gem', this castle is one of several dotted along the east coast of the country: whilst it lacks the robustness or size of the likes of Sinclair Girnigoe, it makes up for this in atmosphere.

The present building you'll see is around 600 years old, its design congruous with other castles such as Sinclair Girnigoe, which has been dated to between 1475 and 1494.

This site, however, may have been occupied for an even longer period of time, and may have been the site of Lambaborg, the home of the 'Ultimate Viking': Sweyn Asleifsson. Sweyn was a man whose daring deeds and raids across the west of Scotland earned him an unfavourable reputation with Earl (or Jarl) Rognvald, the ruler of the Orkney Islands.

After raiding Tiree with some of Earl Rognvald's men, Sweyn demanded a 'chiefs share' of the treasure: this upset Rognvald's generals, who complained to the Earl. Soon Rognvald set upon Sweyn's home at Lambaborg. It was here that Sweyn enacted in his most daring deed yet, as he and his men rappelled themselves to the sea from the hundred foot high castle rock by means of a rope and then swam along the shore to safety! He did this clutching his companion Margad the Grim (you'd be grim too if you had to splash about in the North Sea).

The Mowat family were granted Lambaborg and the lands of Freswick from King Robert the Bruce and they remodelled it and named the castle Bucholie after their estate in Aberdeen. Bucholie Castle remained in the Mowat family until 1661 after which it fell into disrepair.

Today Bucholie is something of a 'hidden gem' in Caithness, but it still clings to the cliffs as tightly as Sweyn did all those years ago...

You can find out more about Bucholie Castle, as well as other archaeological and historical sites, on Canmore, Scotland’s historic environment record.

It is said that the modern day Swanson Clan can trace their ancestry to Sweyn Asleifsson!