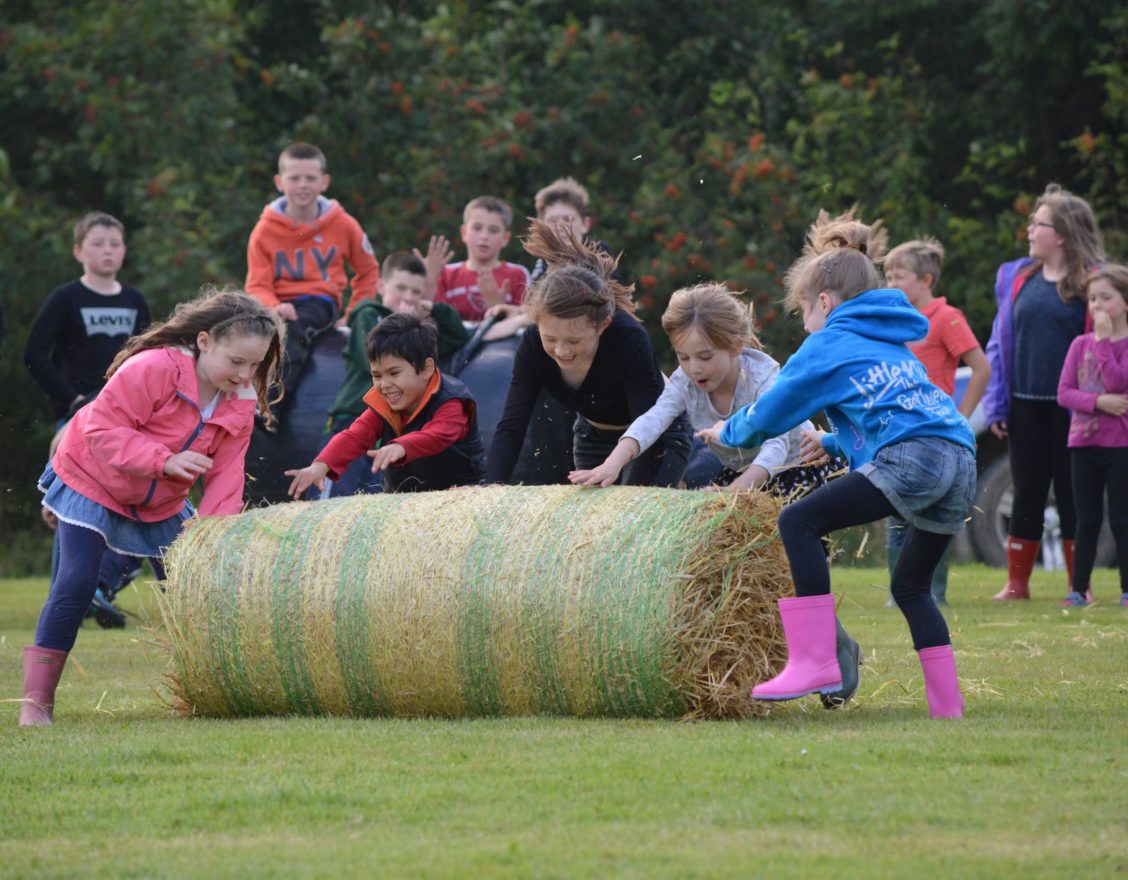 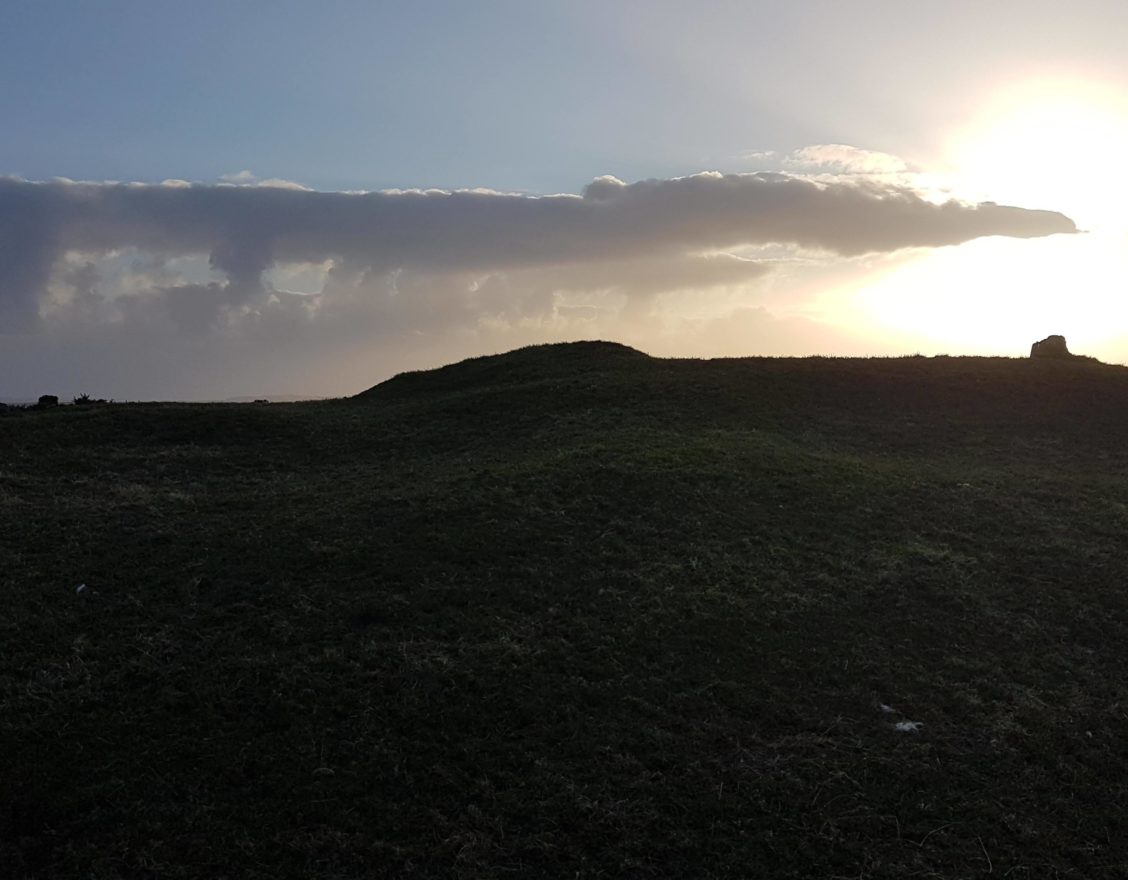 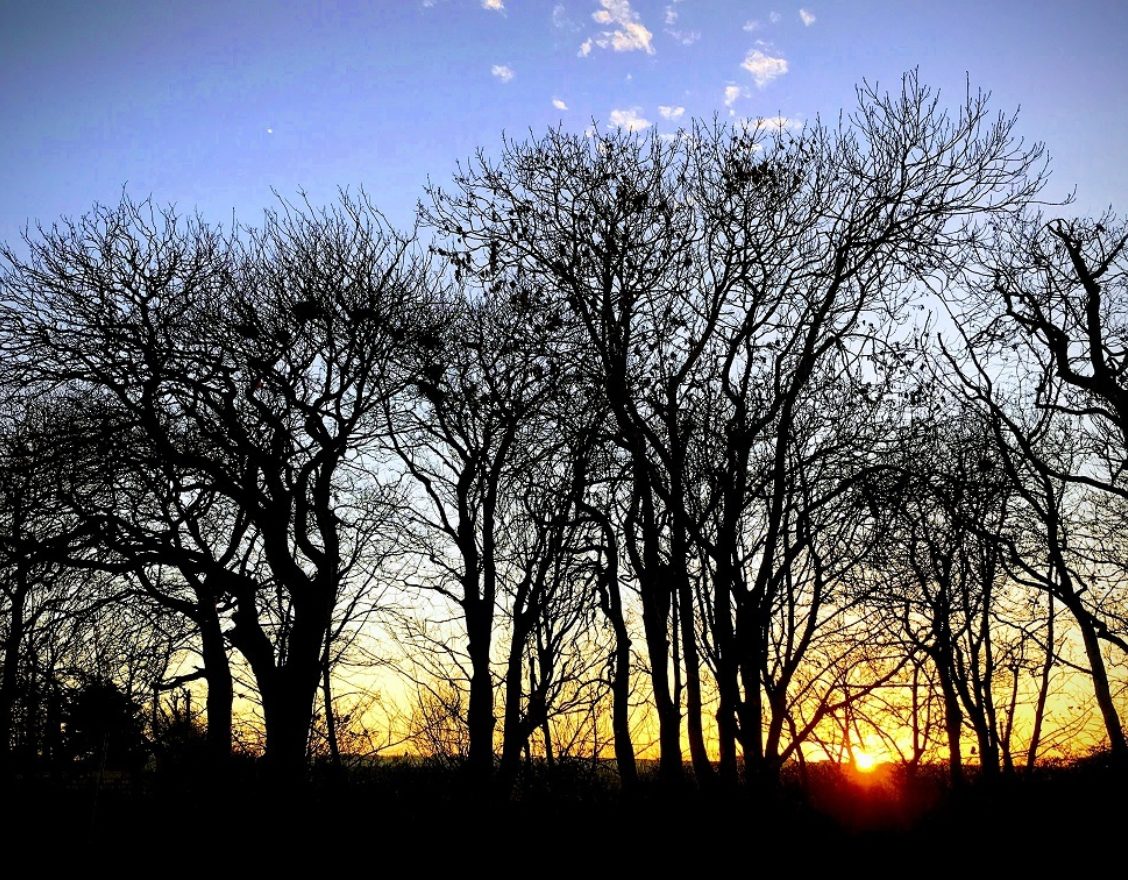 Bower is a small but industrious area in the heartland of agricultural Caithness. Criss-crossed by small roads, it is ideal for cycling and walking, or for saying hello to some friendly sheep and inquisitive cows!

Bower is located between Castletown and Wick, its centre inhabiting a fertile shallow valley along which runs the B876 and the Burn of Bower. The burn, which rises in Red Moss and flows east to join the Burn of Lyth, eventually reaches Loch Wester and Sinclair’s Bay. Ordnance Survey maps show prehistoric broch sites and cairns, though most are little more than turf-covered mounds.

The larger parish of Bower runs from Knockdee and Loch Scarmclate in the west to Kirk in the east, and is landlocked. In the late 19th century, the parish was described as having ‘a ridge of no great elevation which divides the parish nearly in two’, and ‘no town or village… but it is traversed in all directions by good roads’.

The population centre of Bower is nowadays clustered around the streets near to the main crossroads. Bowermadden describes the houses on the main road and to the north, and Bowertower the farms and cottages to the south. Bowermadden (or Bower-Maddan) is thought to be named after a local lord in the 12th century who had three daughters, one of whom married Harold the Orator, Earl of Orkney.

The standing stone, Stone Lud, can be found at Bowertower, and stands almost 2.5m high. Between Halcro and Brabsterdorran lies the community centre hall, war memorial, and children’s nursery, and the current primary school is not far from the crossroads. The historical spread of the village centre can be seen by noting the old post office and smithy towards Castletown, the old School and Inn at Smerral, and the scattering of churches. The old post office was once the village shop, selling coal for heating and petrol for motorcars.

The buildings that were once the Free Church and United Free Church at Halcro are now empty shells, although the Free Church manse is still an impressive house. The main Bower Parish or ‘New’ Church, a B-listed building, was closed by the Church of Scotland in 2019 and is now in private ownership. Its manse is a grand, privately-owned house with walled garden. In the Bower graveyard there is a ruined 17th-century church with many interesting gravestones.

The heart of Bower is at the community centre and grounds, where the annual Bower Gala takes place in late summer (usually the last in the county), and where various community groups meet, including the Bower Young Farmers. The centre celebrated its 50th anniversary in 2019. Other centres of population are the village of Gillock and, just outside the parish boundary, Lyth.

A large factory for producing offshore pipe bundles lies between Hastigrow and Kirk. This uses a private railway to Sinclair Bay, and often a long yellow pipe can be seen across the countryside. Turning off the main Wick road near this factory leads to a remarkable single-track road that cuts straight across the Hill of Slickly to Gills Bay.

There are other large businesses in Bower seemingly at odds with its rural complexion: the county’s main building supplies and agricultural merchant in Gillock, the largest non-governmental industrial workshop in the county which has grown out of the original smithy, and the north’s largest kit housebuilder on the site of a top-secret wartime communications base.

Lyth Arts Centre, just outside the parish of Bower, is a vibrant enterprise that hosts a range of performing and visual arts in a converted Victorian school building.

From Hilliclay and Durran it is possible to walk over Olrig Hill, or skirt around it and over Whitefield Hill, to Castletown.

Bower played a top-secret role in the defence of the nation during WWII and the Cold War. As a Royal Navy radio direction finding station, it worked with other similar stations around the UK and Greenland to triangulate ships of the Kriegsmarine, the navy of Nazi Germany. It was run by GCHQ from 1967 until its closure in 1977. The main compound at Bower is now the Caithness headquarters of Norscot Joinery, where the base of the original site’s chainlink fence can still be seen to one side. On the other side of the road are buildings once used for staff accommodation, now farm buildings for storage and lambing. Up the hill from the crossroads to the north is the old Reaster outstation: one of the large aerial arrays is still intact, where heavy concrete foundations can be seen in the field. The nearby operations centre has been converted to a residential property.