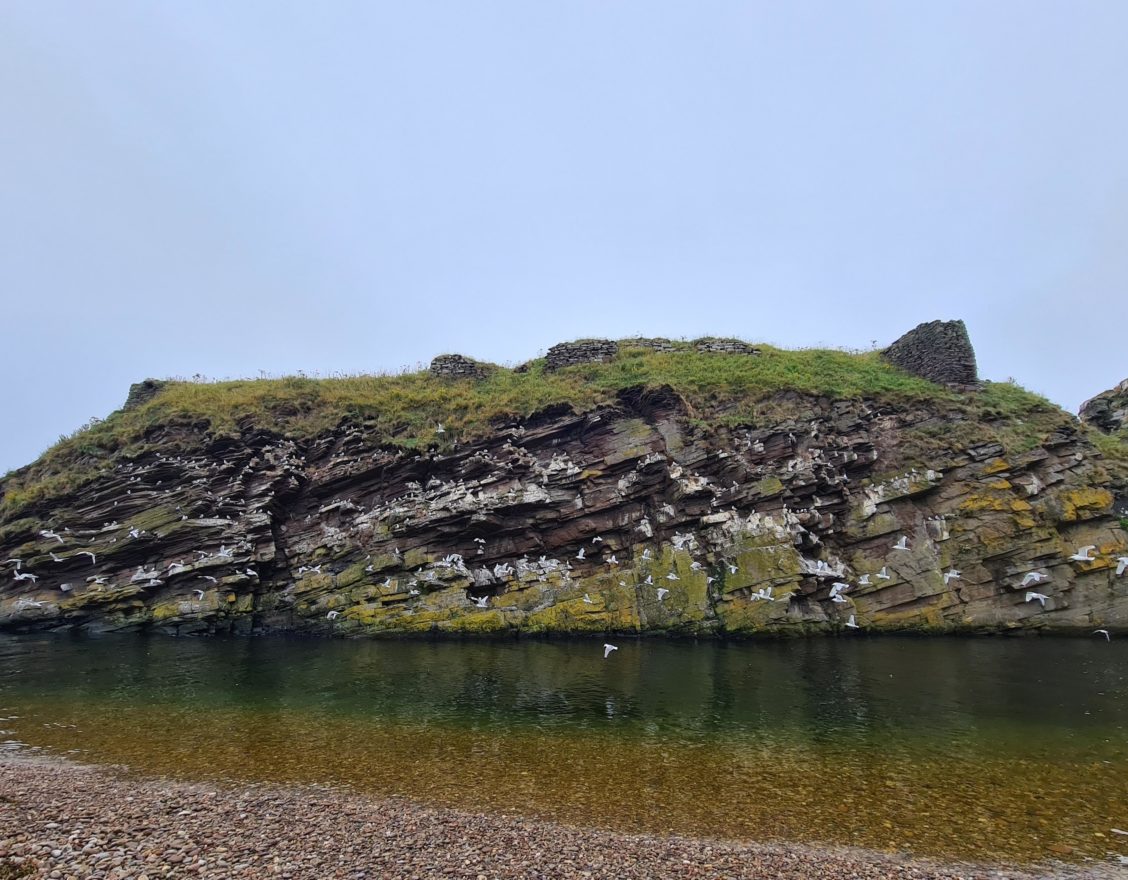 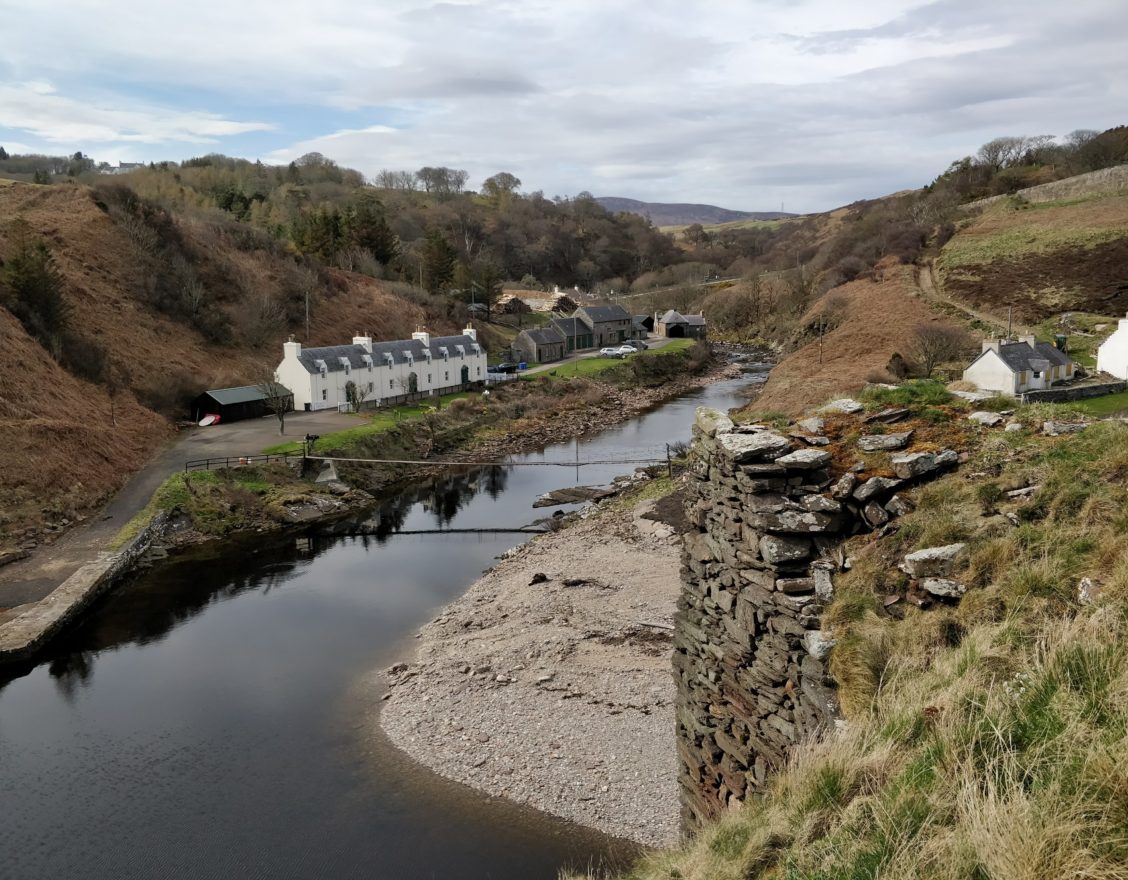 The evanescent ruins of a medieval fortress situated atop a precipitous rocky promontory overlooking the picturesque Berriedale Harbour below. A swing bridge crosses the river over to a beautiful pebble beach with a small cave at its end.

Berriedale Castle would have been a remarkable sight in its heyday. Occupying an almost inaccessible rocky promontory above Berriedale harbour, its only means of access was by a drawbridge across a 6m-wide rock-cut ditch that separated the promontory from the mainland. The present structure began life as a 14th-century stronghold of Sir Reginald le Cheyne, but it is likely that fortifications of some kind existed here from very early times, possibly as far back as the Iron Age.

Like most castles in Caithness, Berriedale has changed hands many times throughout its history. Established by the Cheynes, it passed through marriage to Clan Sutherland and then to the Oliphants, who retained it amid ongoing disputes until it was finally resigned to George Sinclair around 1604. The Sinclairs inhabited the castle until 1676, when the last Earl of Caithness died without heirs, and the lands were seized by John Campbell of Glenorchy. The date of its abandonment is unclear, but its appearance without buildings on a map of the mid-18th century suggests it had fallen into disuse by this time.

Access to the castle would have proved difficult, even for those with knowledge of its surroundings: a bridge and drawbridge would have spanned the massive ditch to a gatehouse on the northern side, beyond which there was an inner gate leading to a small central courtyard and probable tower-keep. Buildings abutting this keep likely comprised a lean-to hall, stable block, and kitchens, and traces of cellars are still visible. The entire complex was enclosed within a defensive curtain wall (or 'enceinte'), in places 2.5m thick. Curiously, some of the wall extends down the cliffside, perhaps to protect the small haven below.

You can find out more about Berriedale Castle, as well as other archaeological and historical sites, on Canmore, Scotland’s historic environment record.

From 1267 to 1269, Sir Reginald le Cheyne held the prestigious office of Great Chamberlain of Scotland.