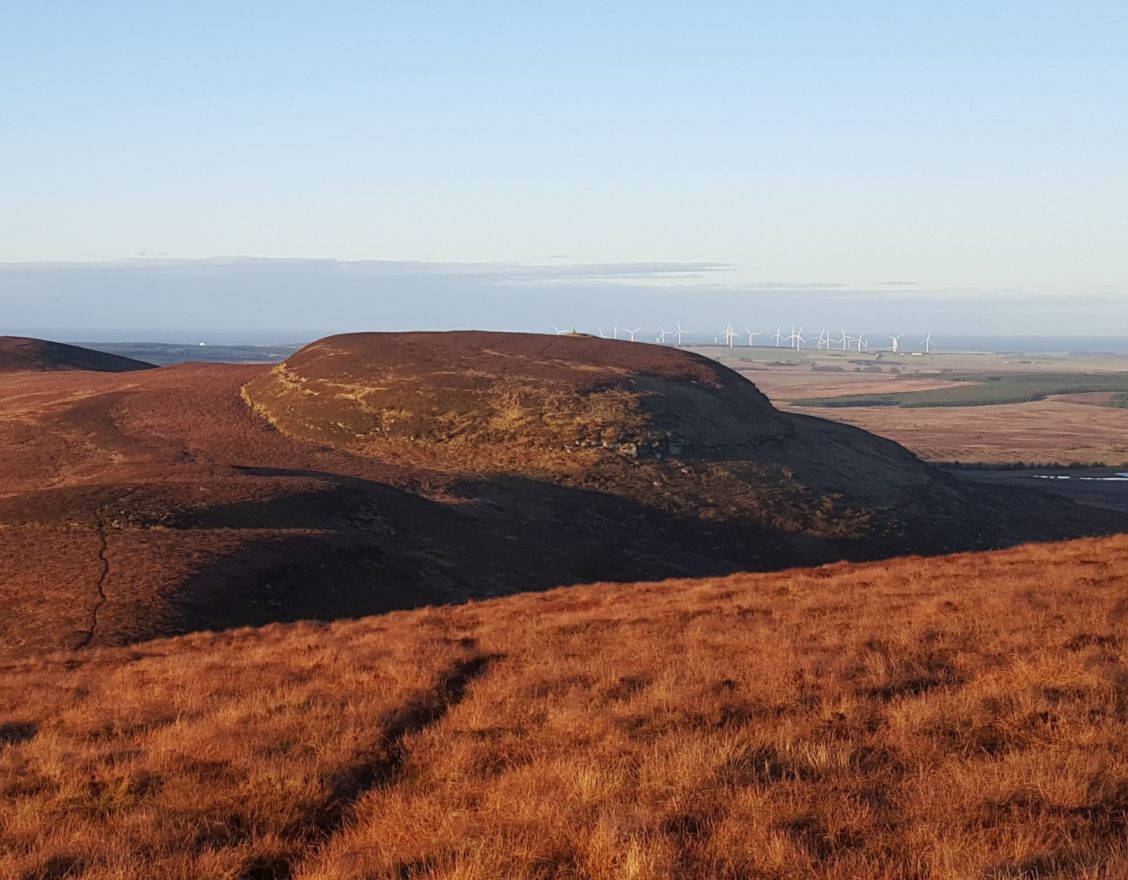 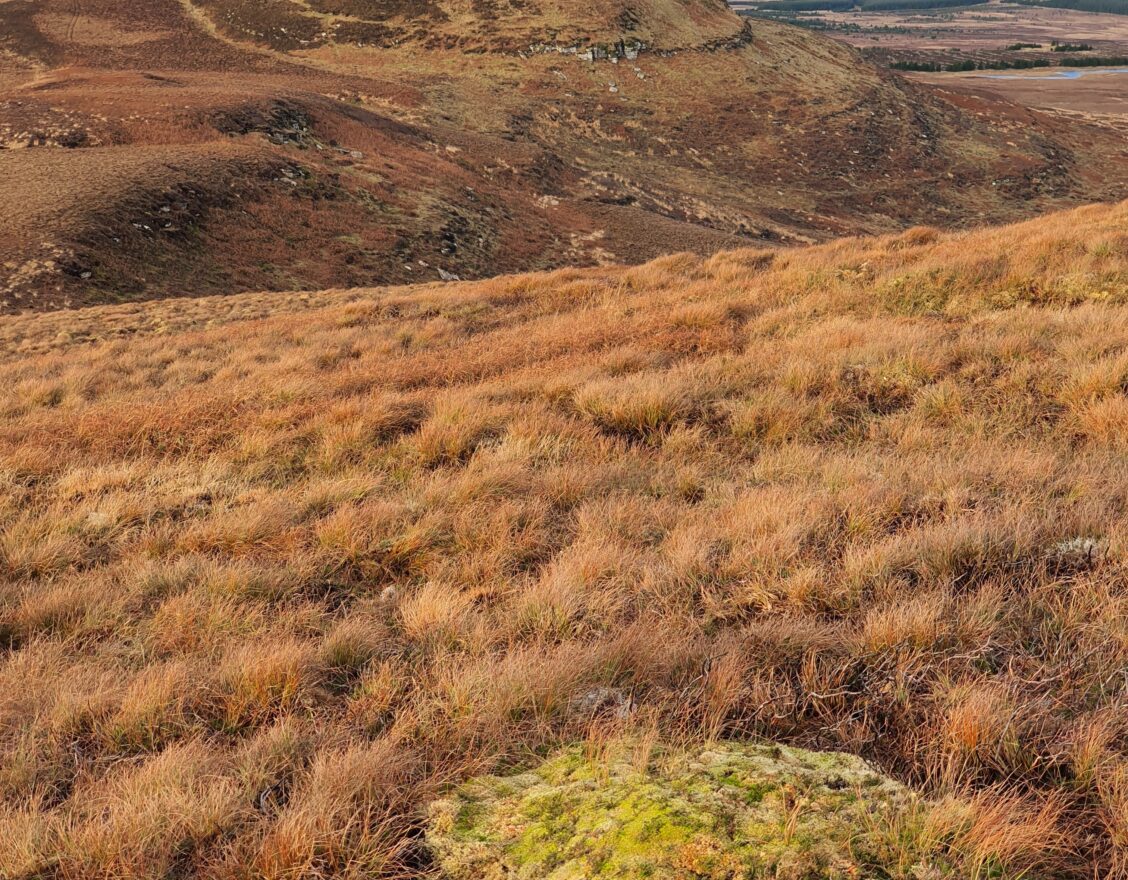 Perched atop the Hill of Dorrery with commanding views over central Caithness, Oscar’s Fold is not only an enigmatic ancient place, but the walk to the summit affords some of the best views over the flows to Morven.

Parking at the farm at the bottom of the hill, a steep signposted track leads up to a mast at the summit of Ben Dorrery. From here, there are expansive views over the surrounding flow country to the south and even as far as Orkney to the north. Across the hilltop itself, the intrepid explorer can discover Oscar’s Fold.

Oscar’s Fold (Scottish Gaelic: Buaile Oscar) is the local name given to a prehistoric hilltop enclosure that dominates the central peak of the hill of Ben Dorrery. Previously, antiquarians incorrectly classified Oscar’s Fold as a hillfort, but it is unlikely that this vast ancient monument ever served a defensive purpose. The hilltop is banked by huge earthworks on the west side and precipitous cliffs on its eastern flank, but within the enclosure a robbed burial cairn occupies the otherwise empty plateau. Its alternate name, Beinn Freiceadain, perhaps hints at its past use, meaning ‘the watching hill’ in Gaelic. This perhaps links it to Cnoc Freiceadain near Reay and another Cnoc Freiceadain at Tongue – and may suggest that these summits were good vantage points in their respective areas.

Whether or not this hill was used as a viewpoint, Oscar’s Fold undoubtedly marks a central point in an important area. Surrounding the hill on the lower slopes is a large concentration of burial cairns and standing stones, suggesting that Oscar’s Fold served as a focal point in the landscape for Neolithic communities. Perhaps Ben Dorrery’s commanding position on the horizon across Caithness made it an obvious place to bury the dead, or to hold festivals to commemorate them. Even today, Ben Dorrery is a popular place to admire the surrounding views, but only a few realise they are following in the footsteps of some of Caithness’ ancient inhabitants.

You can find out more about Oscar's Fold, as well as other archaeological and historical sites, on Canmore, Scotland’s historic environment record.

Local folklore reports that a king of the Picts was buried somewhere nearby.