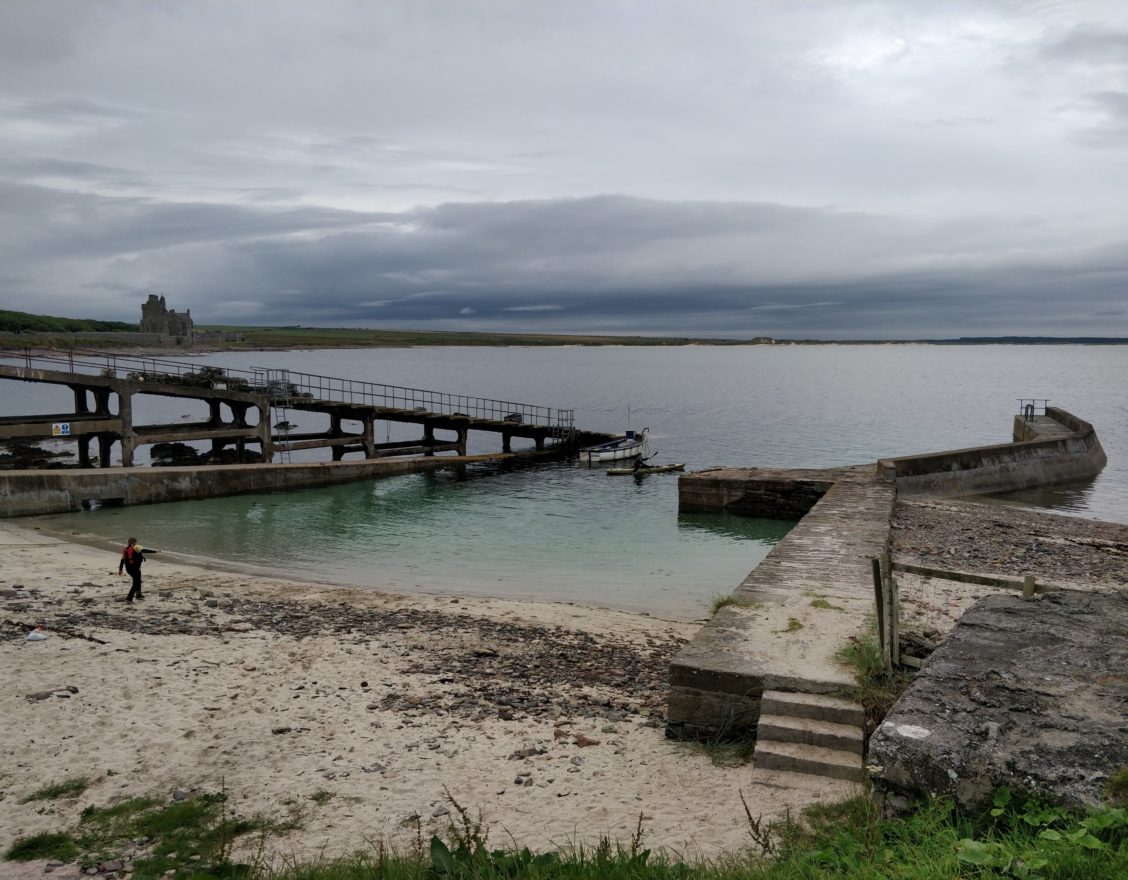 A small harbour with the remains of an old lifeboat station

The slipway at the harbour dates from 1910. It is made of ferro-concrete and was the first of its type to be constructed in the UK. The lifeboat used to be hauled by horses from Wick to Ackergill shore until 1878 when the lifeboat was set up there. The harbour is mainly used now for crab and lobster fishing.

From here you can walk along the shore to get a closer view of Ackergill Tower; to the east you can access the remains of St. Tear's Chapel. This site is associated with one of the longest-running Clan feuds in Scottish history, which ran from 1478 - 1978!

It all began in 1478, when Dugald, Chieftain of the Keiths, abducted Helen of Braemore, daughter of Lachlan Gunn, when he discovered that she was betrothed to Alexander Gunn. The attack occurred on the night before the wedding, and Alexander was one of those slain by the Keiths. Helen subsequently committed suicide by throwing herself off Ackergill Tower.

After long quarreling between the Keiths and Gunns it was decided that a "battle of champions" would be fought between twelve men on horseback on either side - but the Keiths arrived with two men on each horse, and slaughtered the Gunns.

In 1978, on the 500th anniversary of the battle, the Gunns and Keiths signed a peace treaty at St. Tears, marking the end of one of Scotland's longest-running feuds.

There is a structure nearby at Shorelands, which is thought to be a broch.