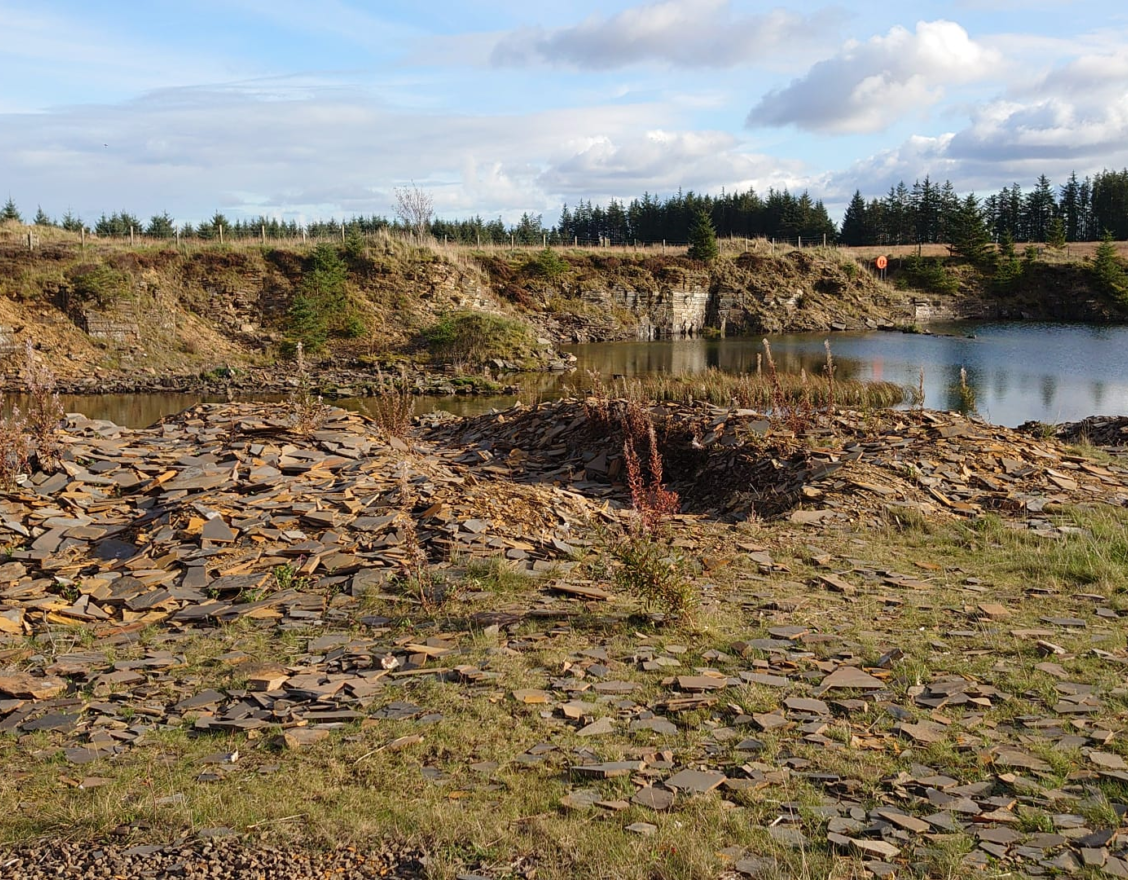 Achanarras Quarry is one of the most famous fossil fish sites in the world. Opened as a quarry for roofing ‘slate’ in 1870, the site has yielded thousands of specimens of fossil fish representing at least 15 different species. The quarry has long ceased operation, however, large quantities of spoil, waste rock derived from the quarrying, continue to provide fossil remains.

Achanarras Quarry is about 1km west of the Mybster junction on the B870. Turn right at the brown tourist sign for Achanarras Quarry and drive down the track to the car park. The track runs alongside a forestry plantation.

The fish lived around 380 million years ago during the geological period known as the Devonian. They were an integral part of an ecosystem within a series of large lakes that periodically filled the Orcadian Basin, A large lake aptly named lake Orcade that extended from Caithness to Shetland. This was long before the existence of the Moray Firth and North Sea when Scotland lay 20° south of the Equator and had a warm and generally dry climate.

As the lake-dwelling fish died, or were killed by natural events such as temperature and salinity changes, or algal blooms using all the oxygen in the water, they sunk to the bottom and were preserved in the accumulating sediment. Over millions of years a thick pile of sediment over two kilometres thick gathered in the lake and the sediment was gradually compressed and became rock.

The rock layers that are particularly rich in fossils have become known as fish beds. Fossils are found in between the bedding planes in the rock (the horizontal layers) when the layers are split open.

The property of the Achanarras stone to split forming thin sheets of rock was exploited with its use as roofing ‘slate’. Discarded stone was placed in heaps around the quarry providing a source of fossil material. Fossil collecting is permitted provided there is adherence to the best practice outlined in the Scottish Fossil Code. Within the quarry there is a stone-built interpretive shelter and an interpretive timeline trail links the car park and quarry.

The sediments that make up the famous Caithness flagstone are 380 million years old and extend up to 5km below the surface.