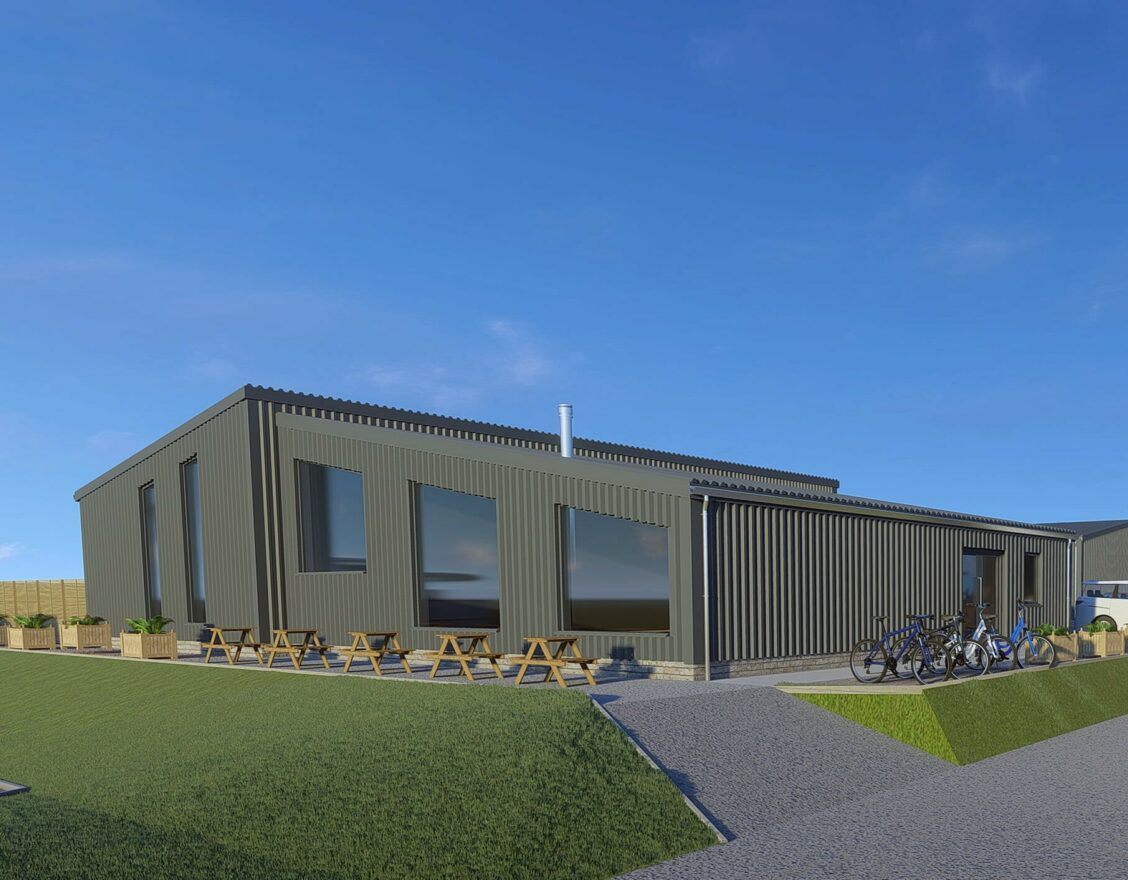 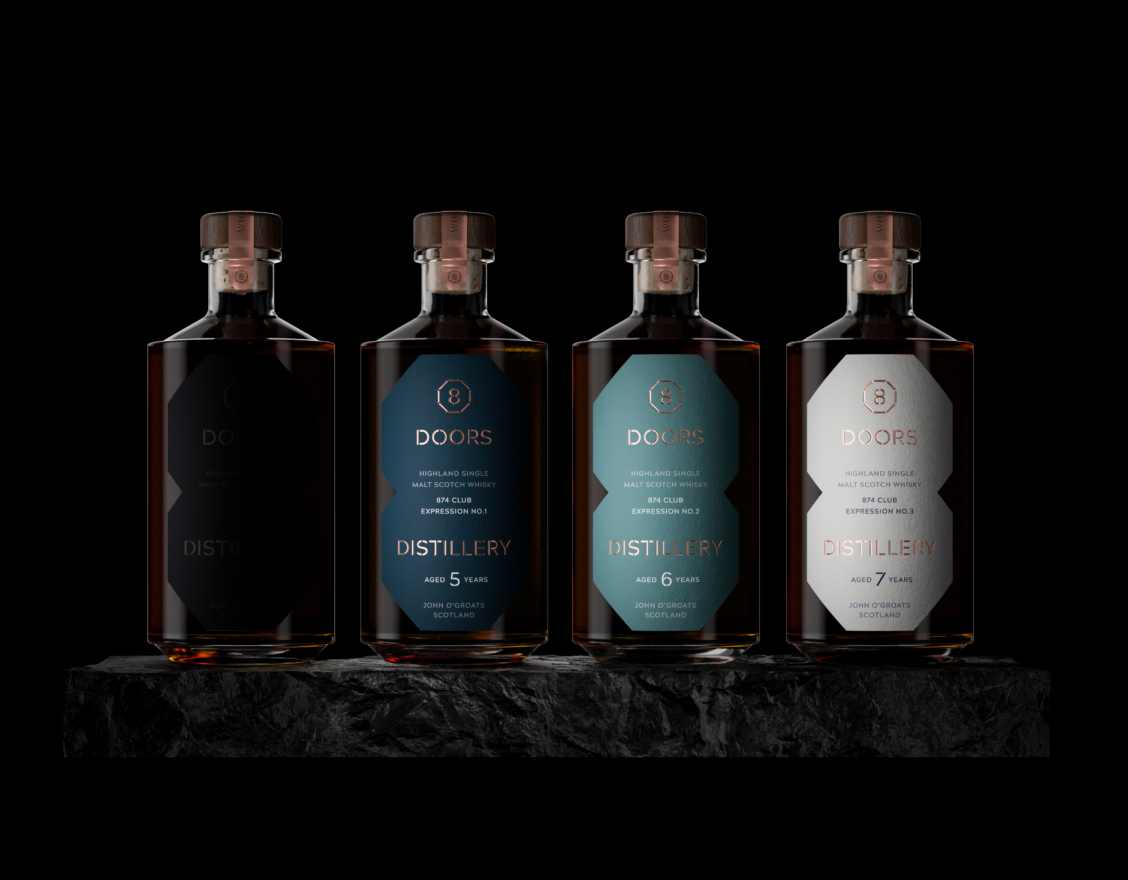 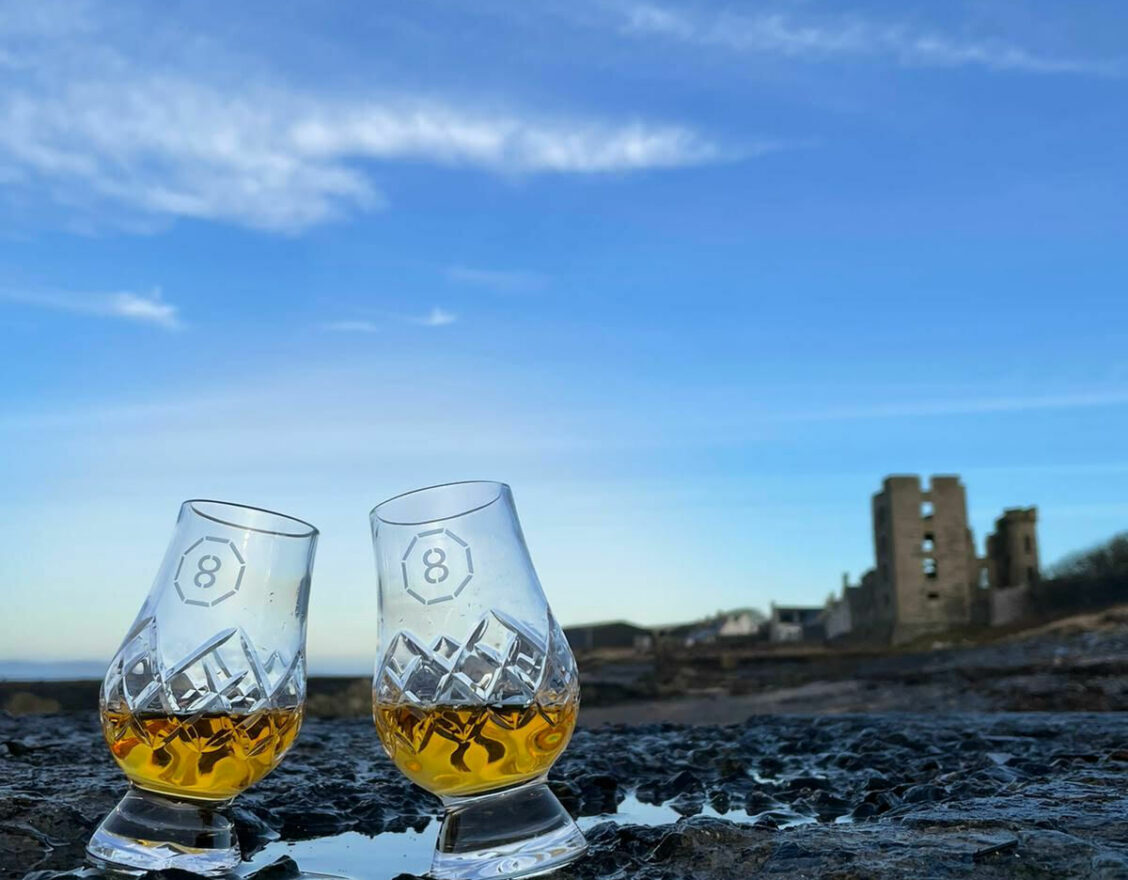 8 Doors Distillery is an independent whisky distillery and visitor centre due to open early 2022 in John o’ Groats. Launched by husband and wife team Derek and Kerry Campbell they will produce the first whisky in John o’ Groats in 180+ years.

As the most northerly distillery on the UK mainland, the unique coastal location will influence the single malt flavour profile as their whisky matures in the on site warehouse.

Whisky. From the edge.

The story behind the name

The name 8 Doors Distillery is inspired by the legend of the man that John O’Groats takes it’s name from and the house he built a short distance from the distillery. The site is now marked by sculptures beside the famous John O’Groats signpost

Jan De Groot, a Dutchman, came to the area during the reign of James IV. He ran the ferry from the Scottish mainland to Orkney for the price of one Groat (around 2p). He had seven sons and legend has it that they were arguing about who should sit at the head of the table during family gatherings. In order to solve this dilemma before the next family gathering, Jan built his famous 8-sided house with 8 doors and an 8-sided table inside. This meant that he and his seven sons were all equal around the table, resolving any potential conflict!

The legend has been around many years and was even mentioned in the Gazetteer of Scotland in 1838.

Distilling in Caithness was widespread for centuries and John o’ Groats was no exception. Amongst the reportedly illicit stills in the county, a legal whisky distillery in John o’ Groats was founded by James and George Sutherland in 1826, but closed in 1837. The distillery was built at Kirkstyle on the waters edge behind Canisbay Kirk but all that remains are a few scattered ruins.

An interesting connection to another local distillery was noted in the Canisbay news section of the John o’ Groat Journal, 12th June 1840 stating that Mr Henderson, distiller, Pulteneytown was one of the “principal purchasers” from a sale of stock that included the “Distillery Utensils” previously advertised. We can presume that James Henderson, founder of the then fourteen-year-old Pulteney Distillery, took all or at least some of the distillery equipment.

Distillery Tours & Tastings: Various options available. After a tour around the distillery, you can go to the elevated tasting room for drams with an amazing view across the Pentland Firth. Short on time? Visit the whisky lounge for a dram from the selection in the whisky bar. See website for details.

Shop: Available on site and coming to the website soon

8 Doors whisky is produced using John o’ Groats water taken from an on-site borehole drilled 60m down through layers of red sandstone rocks. Check out this video when they hit water: https://youtu.be/l_-7COsAhic